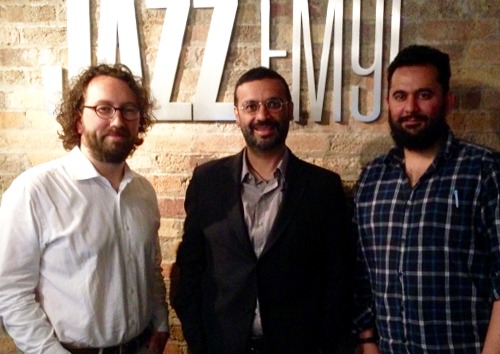 What a surprise for Torontonians when Canadian-born Ron Rivlin and his Revolver Gallery out of Los Angeles decided to offer up 120 Andy Warhol originals to a new space at Bay and Bloor.

Andy Warhol Revisited is a pop-up exhibit set in a 4200 square foot retail space, and it’s no shoddy affair. The show is bristling with colour, a thoughtful layout and of course, some of the most iconic subjects from Warhol’s modern masterpieces. You can choose between Marilyn Monroe, Muhammad Ali, the Queen of England or Campbell’s Soup Cans – and that’s just for starters.

During the month of August, a series of expert lecturers are giving insightful talks about Andy Warhol’s work. At these events you will get demonstrations and theoretical discussions, hosted by accomplished Canadian artists.

Gary Taxali was the speaker on August 6th at Andy Warhol Revisited. He is an Indo-Canadian artist whose comic and commercial illustrations has been massively influenced by Warhol. Taxali received a Grammy nomination for his album artwork for singer Aimee Mann.

And Harvard-trained art historian Meraj Dhir is on the roster to speak about Andy Warhol in the broader cultural sphere later this month at the Gallery.

Gary Taxali is currently enjoying a Municipal Gallery Retrospective through September 20th at the Idea Exchange in Cambridge Ontario. Hundreds of his pieces are on display.

And on Thursday August 20th Meraj Dhir will take the podium at Andy Warhol Revisited. You can read his work at Fash Cam.

Of course, you can visit Andy Warhol Revisited whenever you please at 77 Bloor Street. Whether you are there for Michael Jackson, Chairman Mao or Mickey Mouse, you will leave the exhibit debating the boundaries of art.