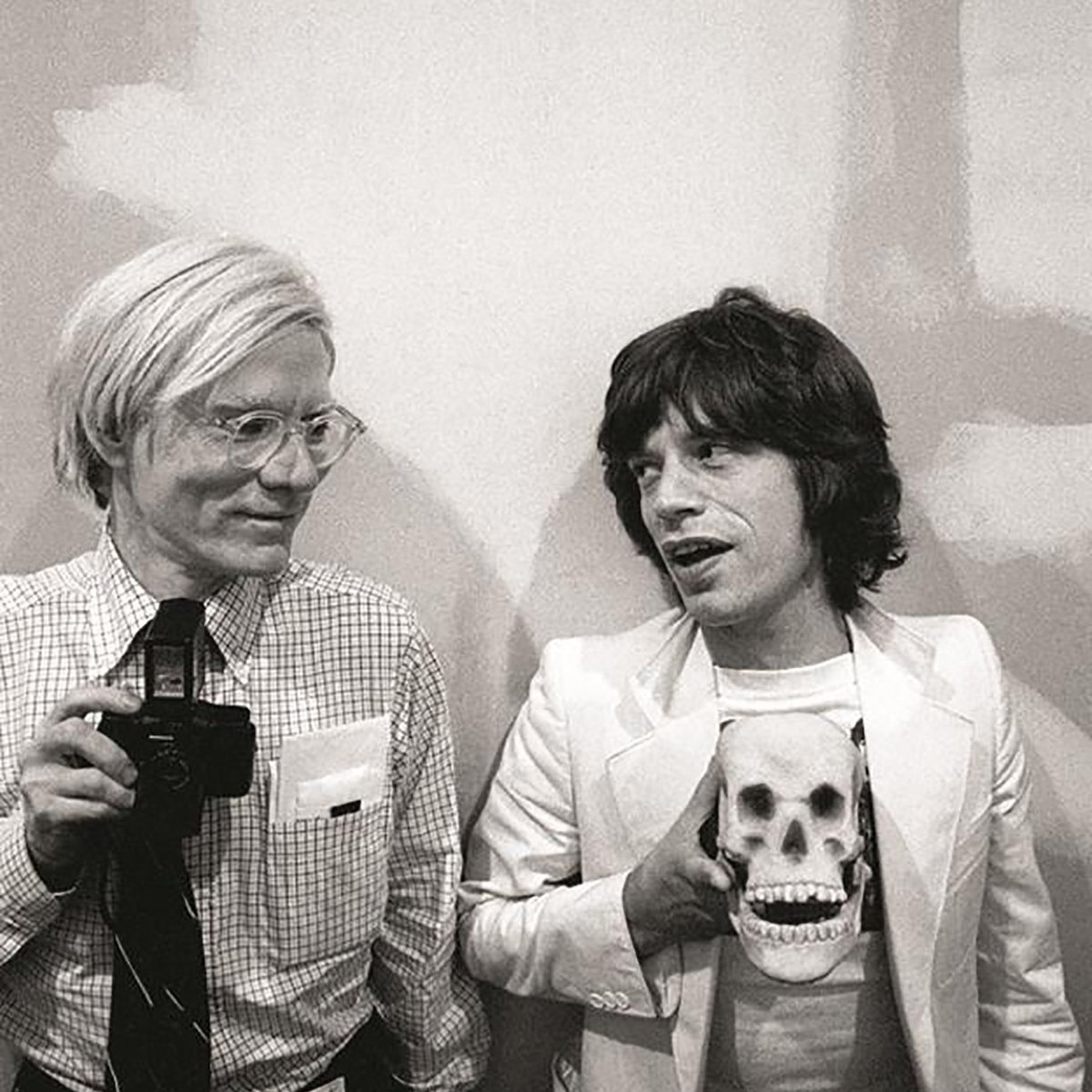 Andy Warhol is one of the most famous artists of the 20th century, who made his mark not only in the world of visual art but the music industry as well. The Pop-Art King was introduced to many musicians during his exposure to the celebrity nightlife scene of New York. Warhol came into contact with many talented individuals at his studio, The Factory, which led to lifelong friendships with artists such as John Lennon and Mick Jagger. Andy Warhol was a multifaceted artist whose work had an immense impact on pop culture, especially in the music industry.

It is no surprise that Warhol had a clear fascination with fame. His love for these stars and their extravagant lifestyles became a common theme in Warhol’s work. The artist created a variety of iconic album covers for top artists such as The Rolling Stones and Dianna Ross. Prior to his death in 1987, Warhol had designed more than 50 album covers. He was heavily influenced by famous musicians and the music industry, and vice versa.

The following are some of Warhol’s most coveted album cover designs: 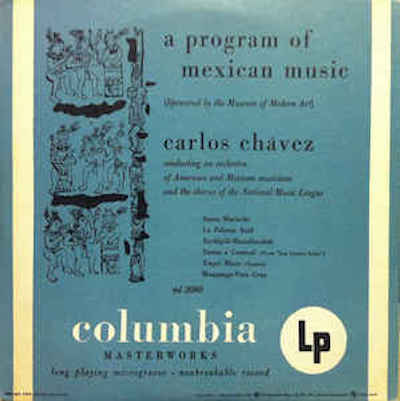 At the young age of 21 years old, Andy Warhol designed his first ever album cover in 1949 for Mexican composer, conductor and music theorist, Carlos Chávez. The artist created a simple black design for Chávez’s A Program of Mexican Music, which began Warhol’s career as a cover designer. 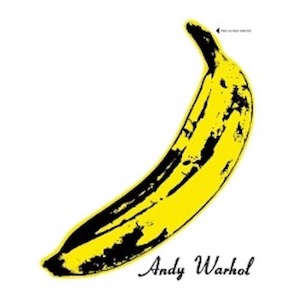 The Velvet Underground and Nico (1967)

cover features Warhol’s infamous design of a yellow banana, with the artist’s signature in the bottom right hand corner. The original album cover’s banana peel is functional. Listeners can peel it down to reveal the image hidden behind the design, a pink flesh toned banana. The first edition had instructions ‘to peel slowly and see’, temping the viewer to reveal the surprising image inside.  This cover created quite a bit of controversy due to its phallic symbolism.

This cover may be one of the most well-known album covers ever, with its raunchy and interactive design shocking viewers. At the time, Warhol was serving as the band’s manager. He soon would ask Nico, German supermodel and actress, to join the band. Warhol promoted the group by allowing them to tour the country as a part of his performance art show ‘The Exploding Plastic Inevitable’ in 1966. The band would often perform at Warhol’s studio The Factory, where he could expose the band to his famous friends and socialites. 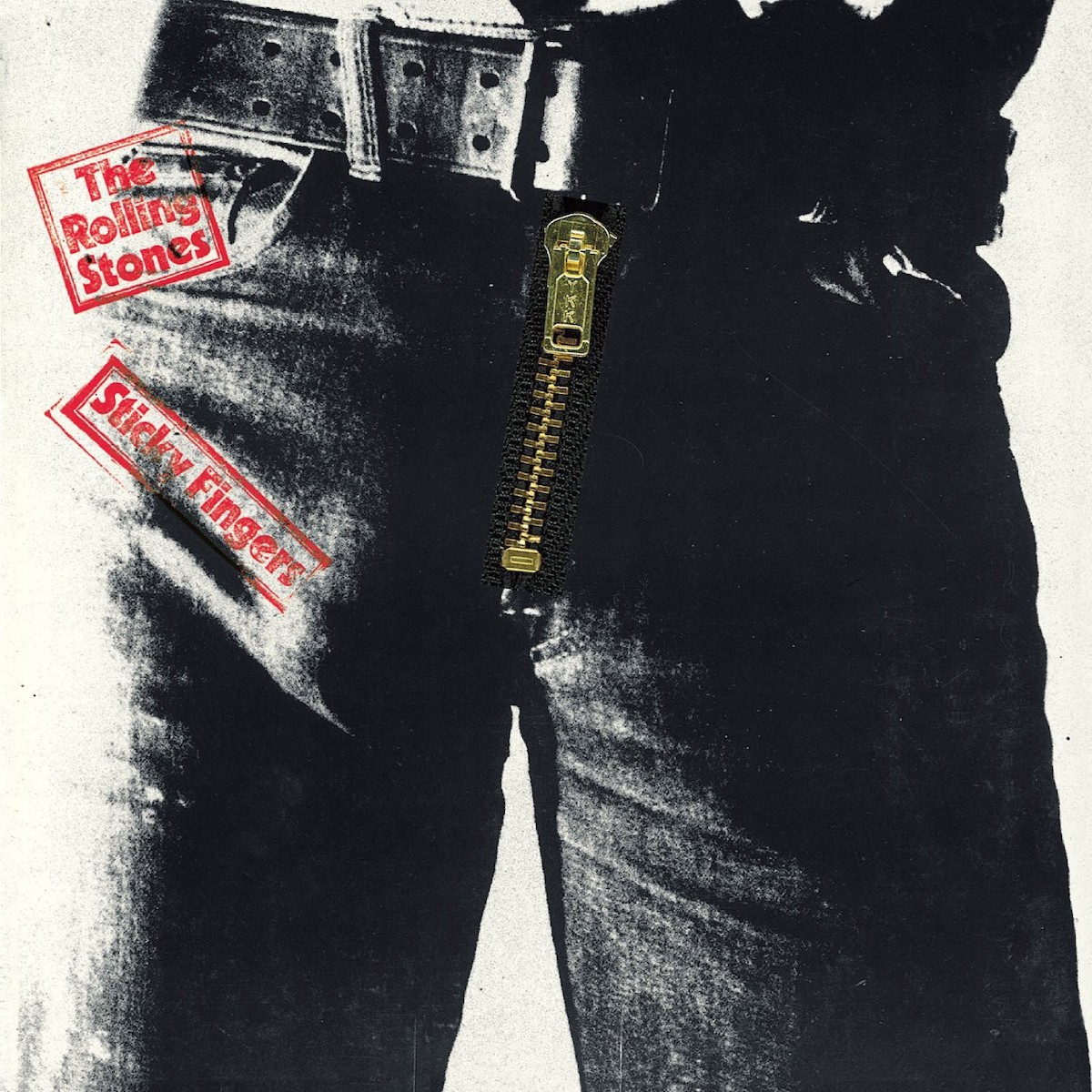 When this record was released in 1971, the album created controversy due to the provocative nature of the cover art. The scandalous cover art was designed by none other than Andy Warhol. This iconic cover design features a close up of a man’s crotch in tight jeans, with a functional zipper and belt buckle. When the zipper is pulled down, it reveals the cover model’s underwear.

According to 100 Best Album Covers: The Stories Behind the Sleeves by Storm Thorgerson and Aubrey Powell, Warhol, while at a party in 1969, suggested the idea of using a real zipper to Mick Jagger, who then asked him to design the cover. In 2003, VH1 rated Sticky Fingers as the greatest album of all time. This famous album cover goes down in the history of music and modern art.

Andy Warhol and Mick Jagger first met in 1964 at a party for the Rolling Stones in New York. The band was making its first US tour when the two were introduced, just as they were each rising to fame. Jagger would eventually become an active member of the Factory scene, which led to the friendship between him and the artist. Andy Warhol became very close friends with Jagger and his wife Bianca. He even taught their daughter Jade how to paint.

When talking about his admiration for Jagger, Warhol once said, “1 – He’s very talented; 2 – He’s very intelligent; 3 – He’s very handsome; 4 – He’s very adorable 5 – He’s a great business person; 6 – He’s a great movie star; 7- I like his fake cockney accent… Image is so important to rock stars. Mick Jagger is the rock star with the longest running image.”

The feelings of admiration were mutual between the two friends. In tribute of the late artist, Mick Jagger stated:

“The thing that he seemed to be able to do was to capture society, whatever part of it he wanted to portray, pretty accurately. That’s one thing artists do, is show people later on what it was like. If you want to be reminded of a certain period, you can look at what Andy was doing then. He was very much in tune with what was going on. Of course, he was criticized for that, for being sort of trendy. But I think some people’s great forte is being so in touch.”

Although Warhol admired many of his subjects, the bond he and Jagger had was more than a personal friendship. The two collaborated many times in their professional life as well, working together for the first time in 1971 on the album artwork for Sticky Fingers.

Warhol and Jagger’s blossoming friendship would lead to a number of artistic collaborations during their careers. In 1975, Andy Warhol created his Mick Jagger portfolio, a collection of ten screen prints featuring The Rolling Stones’ lead singer in a variety of different poses. In the series, we see a myriad of Jagger’s facial expressions, which Warhol cloaked in abstract blocks of color. This series is now on display at the Revolver Gallery. 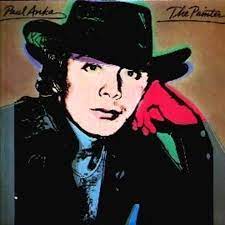 Done in very standard Warhol fashion, Andy designed the cover for Paul Anka’s 1976 record The Painter. This brightly colored portrait of the musician is done in Warhol’s traditional screen print style, with neon pink, purple, green and blue emphasizing specific areas of the work. It had been four years since Warhol designed a record cover prior to creating this design for Anka’s record. 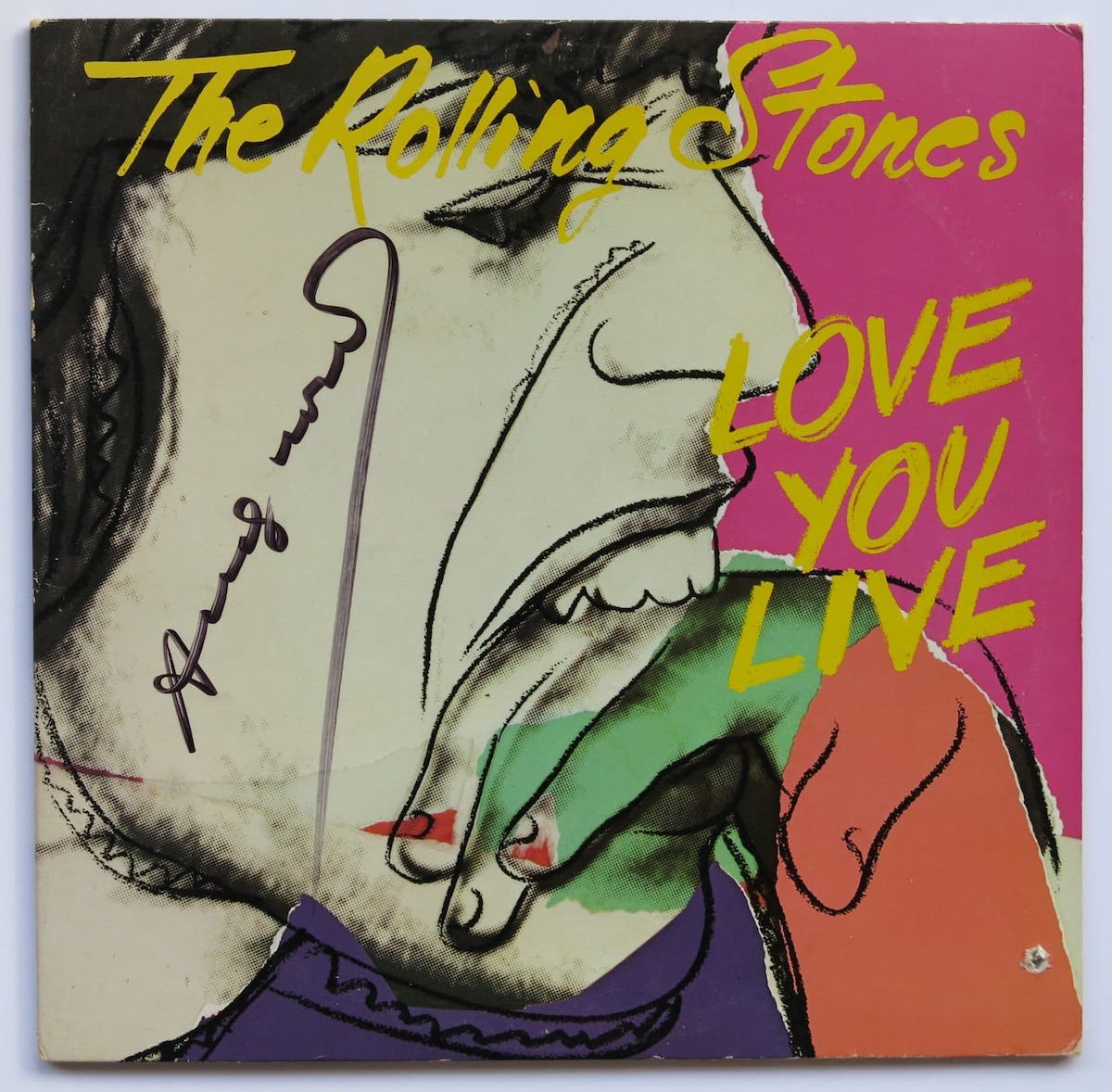 Andy Warhol also worked with The Rolling Stones to create the album cover for Love You Live, which was released in 1977. This double live album featured performances from the previous three years while the band toured the Americas and Europe. The cover’s brightly colored composition shows an up-close image of Mick Jagger biting a hand. 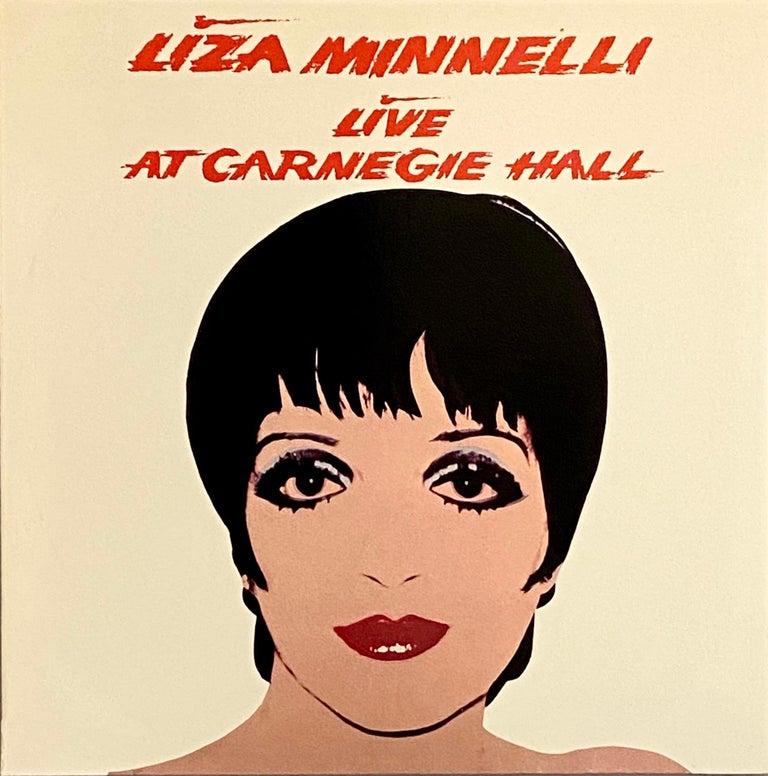 In 1981, Andy Warhol designed the cover for Liza Minnelli’s fourth live album At Carnegie Hall. This record cover presents a portrait of the singer, which portrays Minelli in a simplified yet bold composition.

Minnelli visited Warhol’s Factory many times before meeting him at Studio 54. Minnelli told Bazaar, “I never approached him, never told him my name or anything. I just wanted to see him.” Like many others in the celebrity scene, Minnelli was fascinated by Warhol. After being introduced at studio 54, they became close friends. 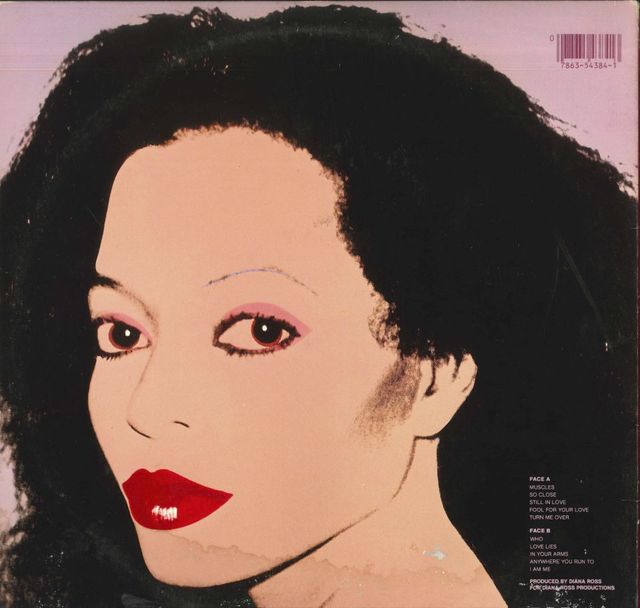 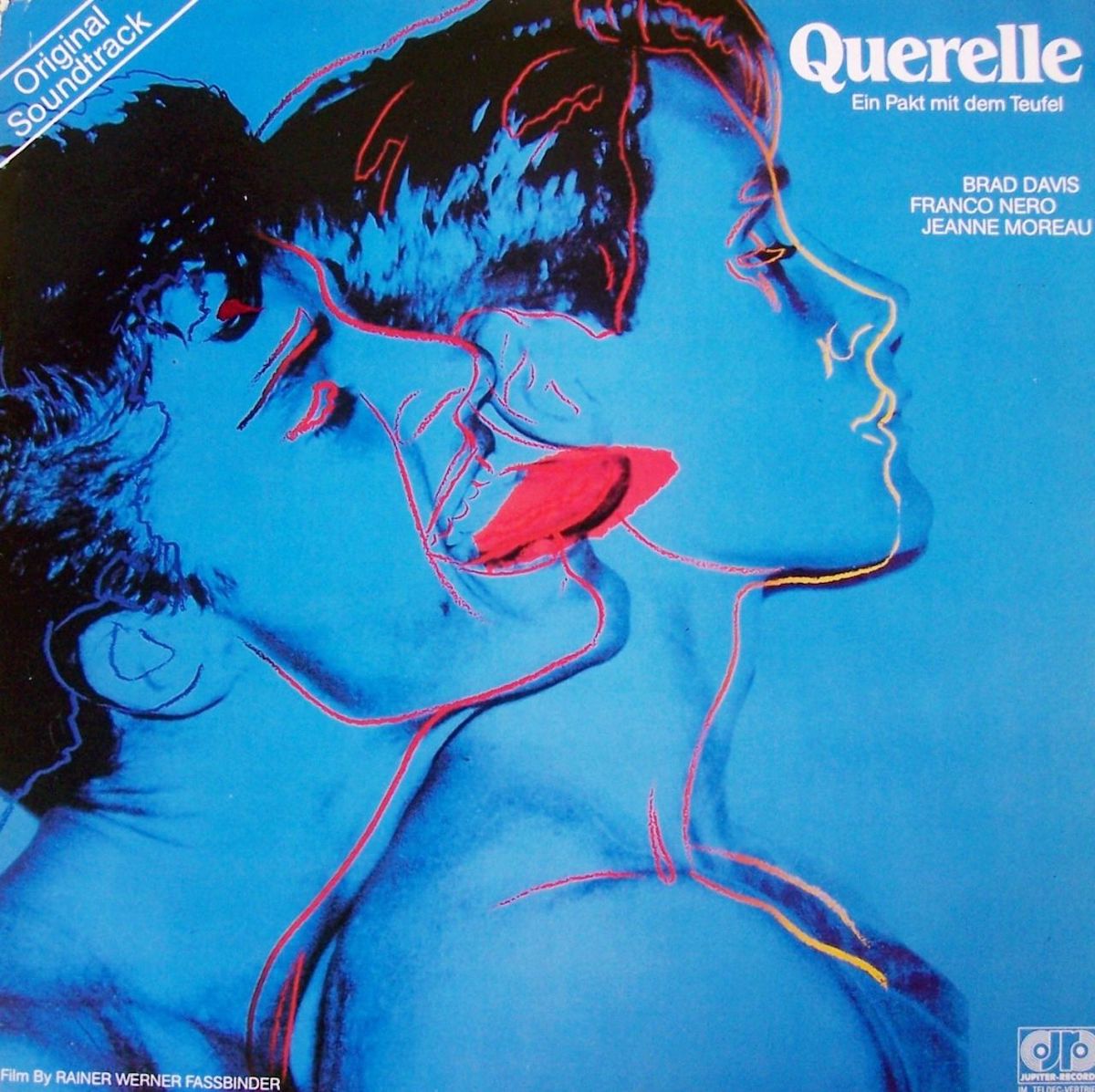 In 1982, Andy Warhol was commissioned by the German film director Rainer Fassbinder to create a poster design for his upcoming film, ‘Querelle’. This film was based on Jean Genet’s novel, ‘Querelle of Brest’, which tells the story of a sailor’s battle with sibling rivalry and his journey into the ‘sexual underworld’. Querelle was Fassbinder’s final movie, which was filmed only a few months prior to his death. The same design was used for the film’s soundtrack.

The scandalous themes in Fassbinder’s film fascinated Warhol, because of its homoerotic and violent story line. The film’s poster design was based on a photograph by Warhol of the two shirtless young men. Andy created a series of these images, each of which are saturated in a different vibrant color. Warhol incorporates hand drawn elements on top of the screenprint, allowing him to emphasize certain aspects of the print such as the bright red tongue. This collaboration between Warhol, Genet, and Fassbinder makes for a rare and unique work of art. Warhol’s Querelle prints are available at the Revolver Gallery. 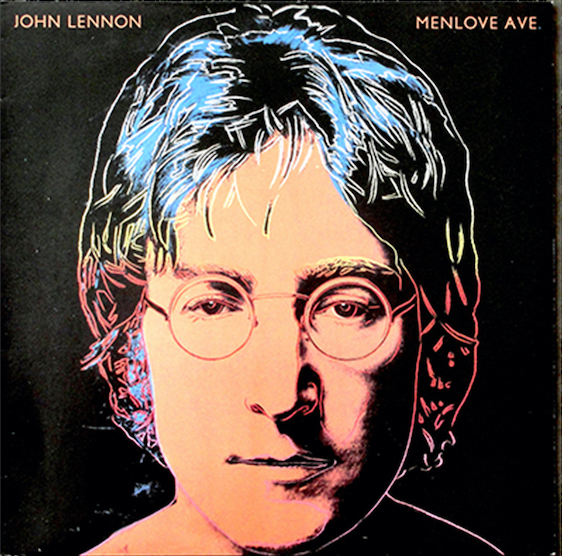 In 1986, Yoko Ono supervised the release of John Lennon’s second album titled Menlove Ave. Andy Warhol designed the cover art for this record, created just a few months prior to Lennon’s death. The album was recorded during the sessions for his other albums, Walls and Bridges andRock ‘N’ Roll.

Andy Warhol became close friends with John Lennon after being introduced by Yoko Ono, a famous Japanese-American artist. The three stars were close acquaintances in the 1970’s during their time in the New York party scene. Ono was even invited to speak at Warhol’s funeral in 1987. 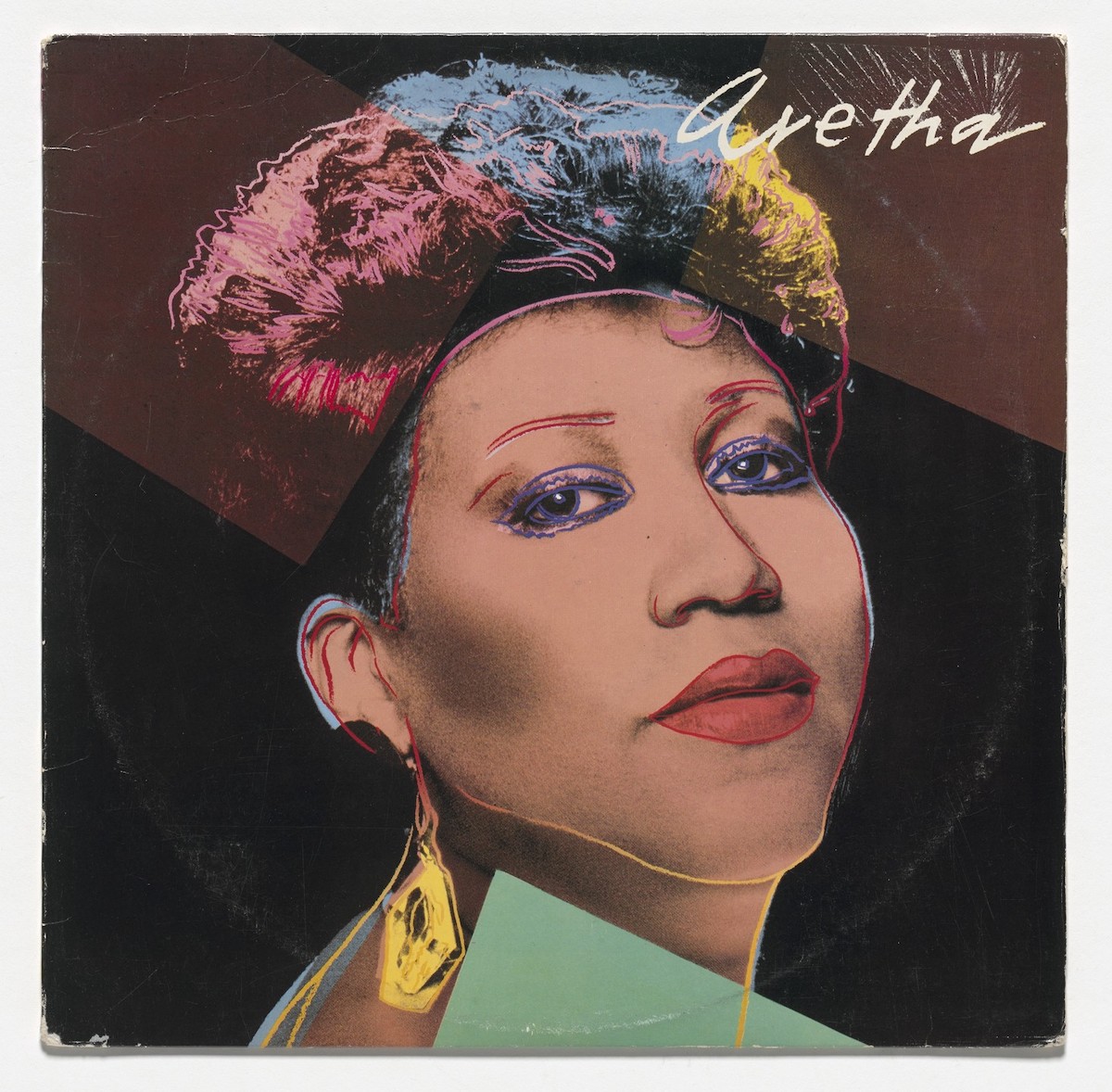 In 1986, Aretha Franklin released her third LP, Aretha, which features her hit single ‘R.E.S.P.E.C.T’. The cover for her record was designed by Andy Warhol, which was his final cover design before his death in 1987.

Many artists have pulled inspiration from Warhol and his work. In 1989, Lou Reed and John Cale wrote and recorded Songs for Drella, a tribute to their friend Warhol. Warhol also had a significant influence on David Bowie, who went on to write music about the artist and even played Warhol in the film Basquiat from 1996. There is no denying Warhol’s love for the music industry and the many artists he collaborated with. Andy Warhol impacted the lives and careers of many other creatives, collaborating to create some of the most adored album covers in history.