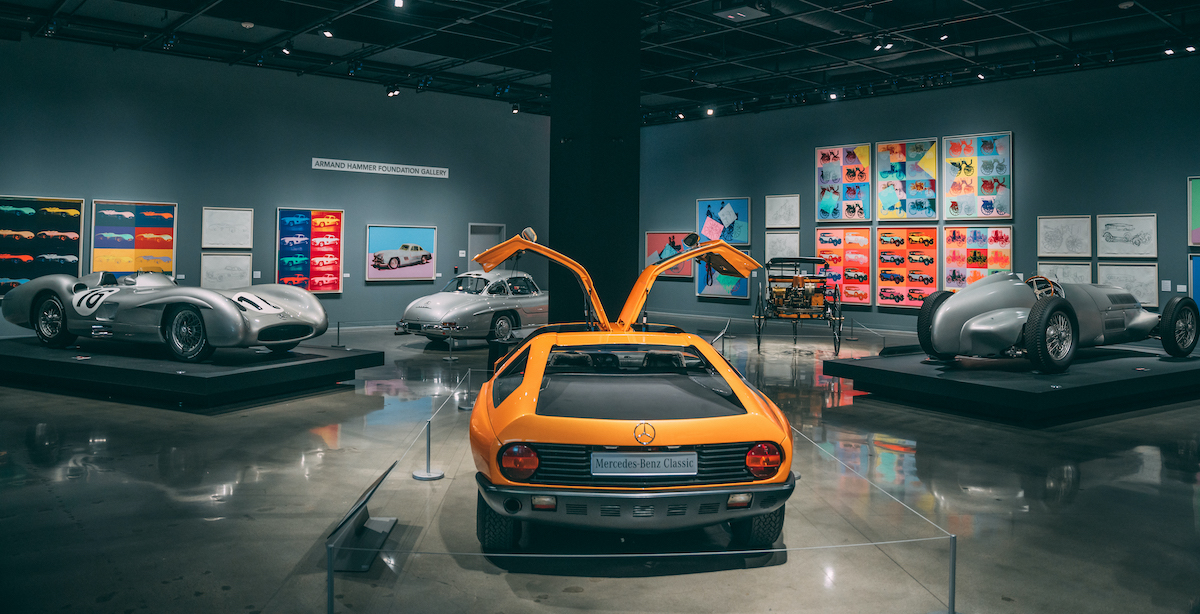 From Campbell Soup Cans to Coca Cola Bottles, Andy Warhol has taken the extensive supply of global advertising and turned it into art. By taking ordinary symbols and creating pieces akin to those found in museums, Warhol’s twist on typical commercial displays and consumer items had allowed him to create art where it had previously not been seen. Although the artist is prominently known for his unique stylization, his creative endeavors did not stop there. 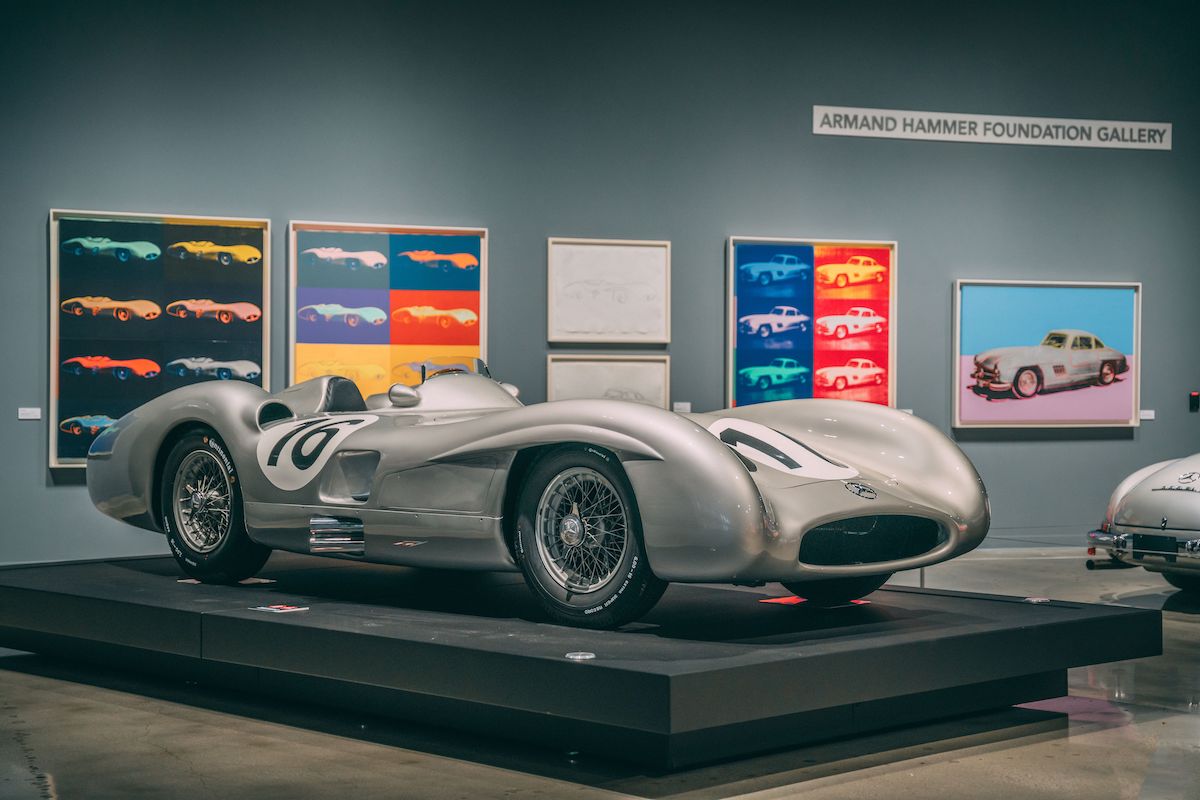 The appearance of Andy Warhol’s Cars series at the Peterson  Museum shows the artist’s range of creative work. The exhibit, Andy Warhol: CARS from the Mercedes Benz Art Collection, which opened on July 23, 2022, is the first showcase of Andy Warhol’s Cars series in North America since its 1988 debut at the Guggenheim Museum in New York.The exhibit also includes Andy Warhol’s very own Rolls Royce 1974 Silver Shadow, loaned to the Petersen by Revolver Gallery. Warhol’s series and the vehicles accompanying the exhibit will be on display at the Petersen until January 22, 2023.

WARHOL’S CARS AND THE GROWTH OF MERCEDES BENZ

In 1986, Mercedes Benz celebrated its 100th year anniversary. Wanting to ensure that the vehicles they manufactured through the years were able to be fully admired, they hired Andy Warhol to give their cars his signature pop art treatment. Inspired by Warhol’s “silkscreen prints of the 300L Coupe,” the company commissioned  the artist to recreate 20 of their most notable vehicles, marking the celebration of a century of Mercedes’ excellence in automotive engineering. 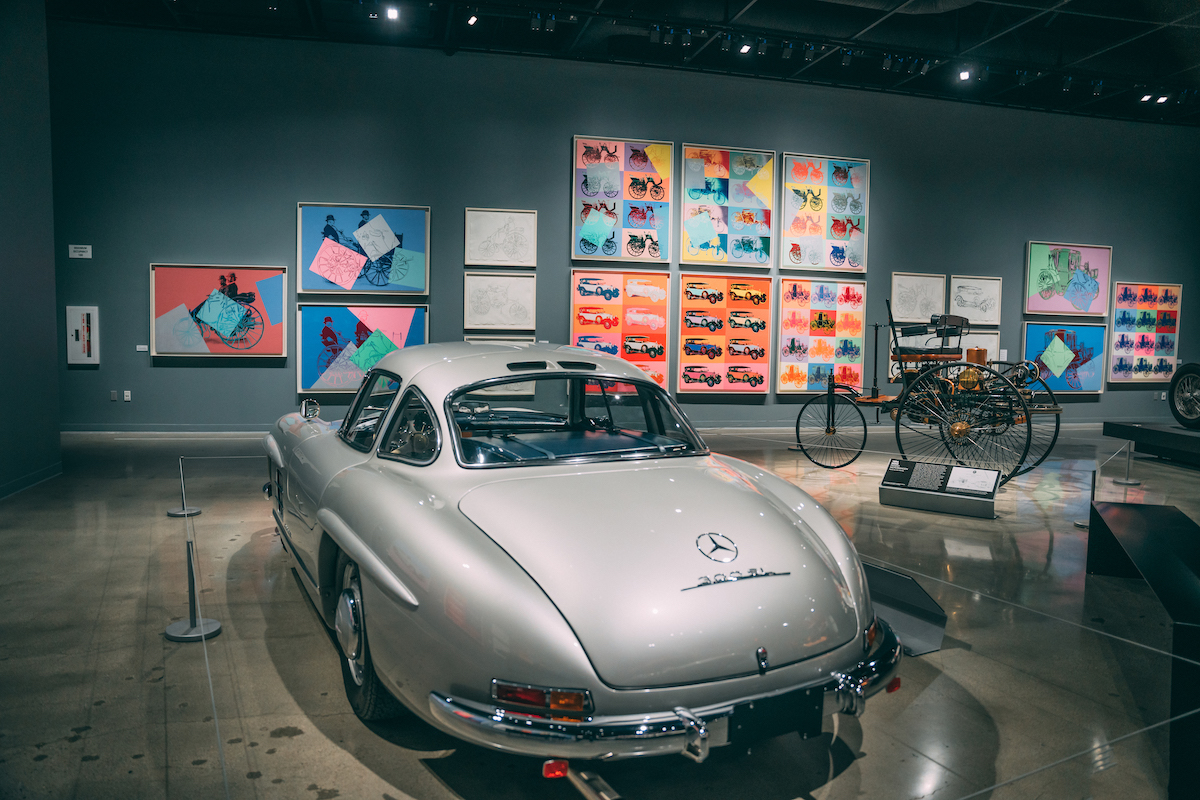 The series was meant to encompass the growth and success of the past century for both the Daimler Motor Coach and the Benz Patent Motorcar. The exhibit features a multitude of cars, ranging from vehicles created in 1886 all the way to the late 1980s. Warhol’suncompleted series, titled Cars, was intended to include 8 0different images and to record the evolution of the  Mercedes BenzAutomobile. Being one of the last series the artist undertook before his passing in February of 1987, he was able to complete 36 paintings and 13 drawings, showcasing approximately eight different models of the motor vehicles.

With the 100 year anniversary of Mercedes Benz approaching, the company decided to produce

a series intended to record the history and evolution of their finest accomplishments. By recreating the image of Mercedes Benz’ renowned vehicles through painting and screen printing, combining his globally admired style with the evolution of the company, Warhol was able to depict the monolithic growth of Mercedes Benz, imbuing them with the 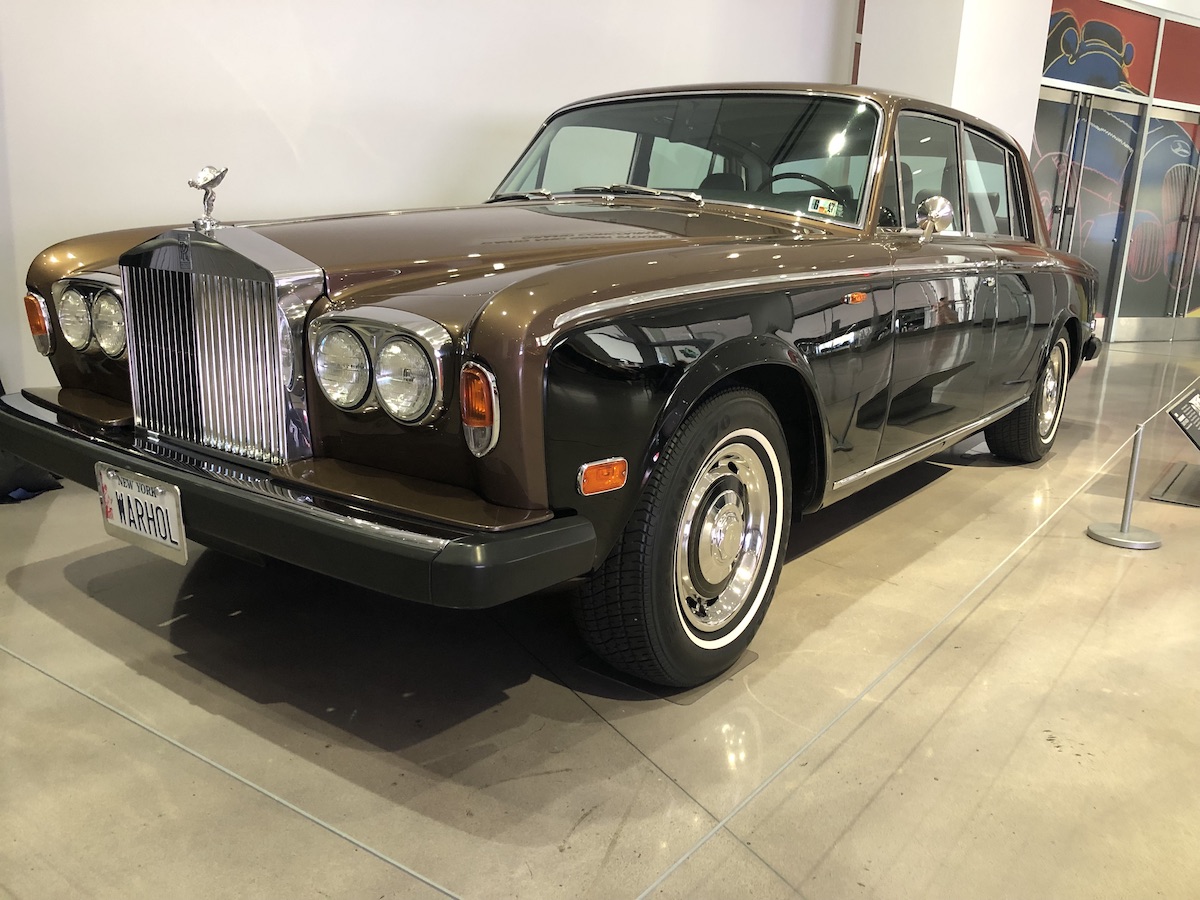 unique sense of prestige that Warhol delivered to his subjects. Displaying the evolution of the automobiles in his pieces, Warhol allowed audiences to view the way the company has changed and simultaneously stayed true to its own style and sensibility.

Currently, the Peterson Museum is displaying the entirety of Warhol’s series side by side with the eight different vehicles. Viewers will see the artist’s Pop Art renderings of the company’s evolution in design and engineering, and how Mercedes Benz continues to reimagine the perfect vehicle through the passing of time. The exhibit also features Warhol’s own Rolls Royce Silver Shadow, loaned to the Petersen by Revolver Gallery. 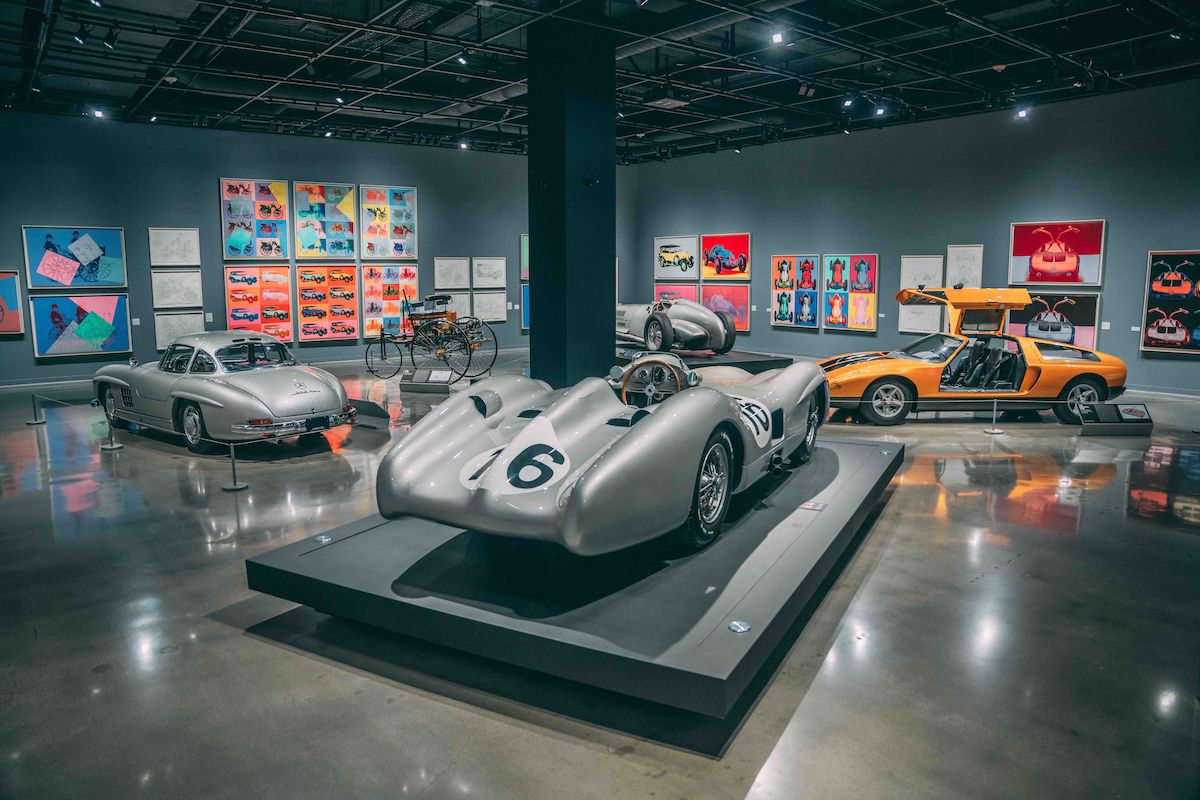 Andy Warhol: CARS from the Mercedes Benz Art Collection is open for public viewing at the Petersen Automotive Museum until January 22, 2023.