From Consumerism To Catastrophe: How Warhol’s Brush With Death Disrupted his Life and Career

Home ▸ News ▸ From Consumerism To Catastrophe: How Warhol’s Brush With Death Disrupted his Life and Career

“I stopped being creative when I was shot” – Andy Warhol 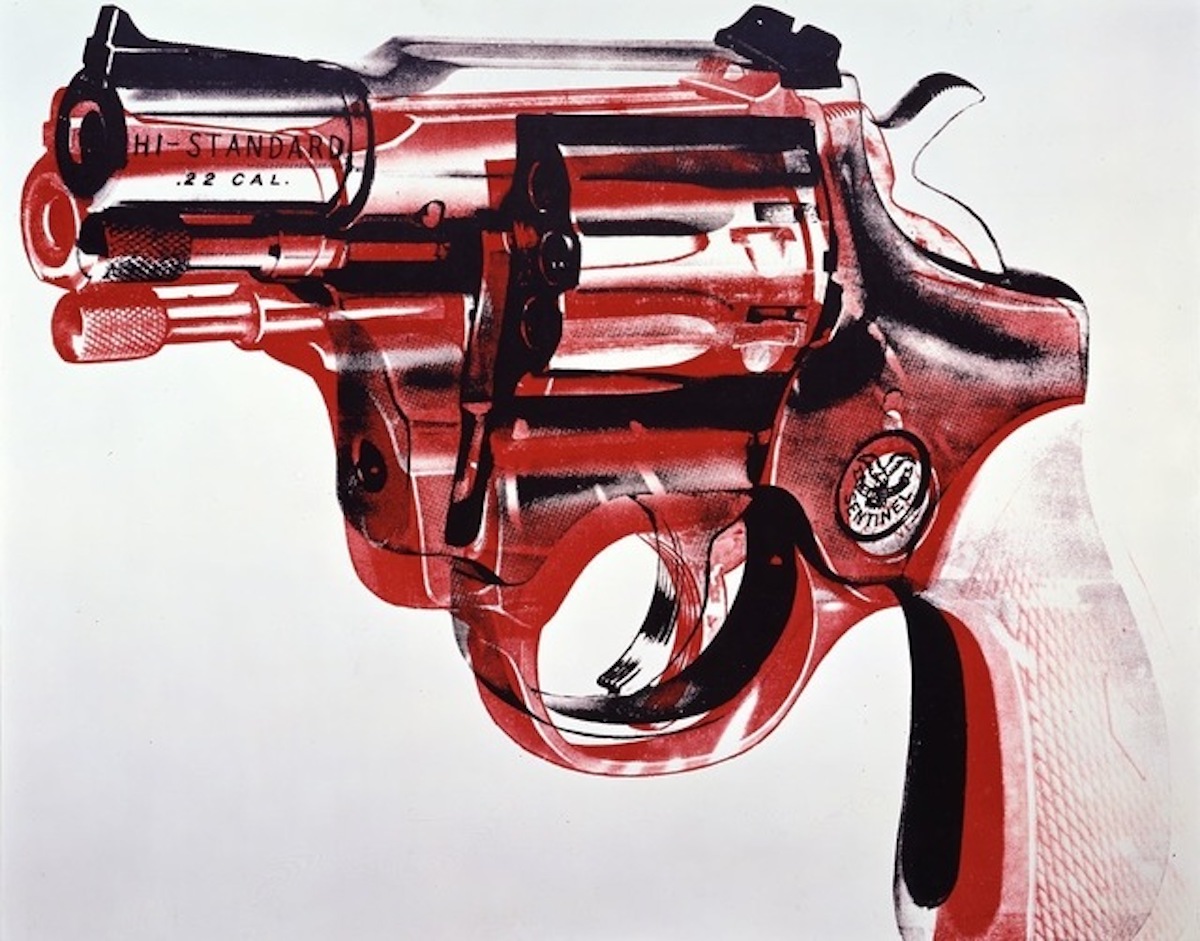 On the afternoon of June 3, 1968, Andy Warhol was shot twice by radical feminist Valerie Solanas in his office. Solanas said Andy had “too much control over her life”, and that she was on a mission to get it back. Luckily, Warhol survived the attack, though this incident caused him to lose a part of himself that day. This tragic event changed the trajectory of Andy Warhol’s life and career forever.

Prior to being shot, Warhol was a successful and popular commercial artist, famous for his pop-art style images of consumer goods and Hollywood stars. Although Andy had already touched on topics of catastrophe and mortality, after being shot, his fascination with impermanence and death intensified. Warhol began to revisit this theme, now using his own perspective from his close encounter with death.

In 1962, Andy Warhol began his Death and Disaster series. This collection of artworks contained reproductions of the same images, with a variety of different monochrome colors saturating the photos. The majority of these images were taken from his newspaper cuttings, which depicted tragic incidents and disasters.

Warhol’s Death and Disaster series includes some of his most controversial works, which explore the topics of capital punishment and tragic accidents shown in the media. Two examples from this portfolio which explore these themes include Twelve Electric Chairs and Race Riot, both from 1964.

Warhol was also interested in the public’s reaction to the deaths of high profile individuals such as Marilyn Monroe and John F. Kennedy. When Gene Swenson asked why he started his “Death” pictures in 1963, Andy replied: 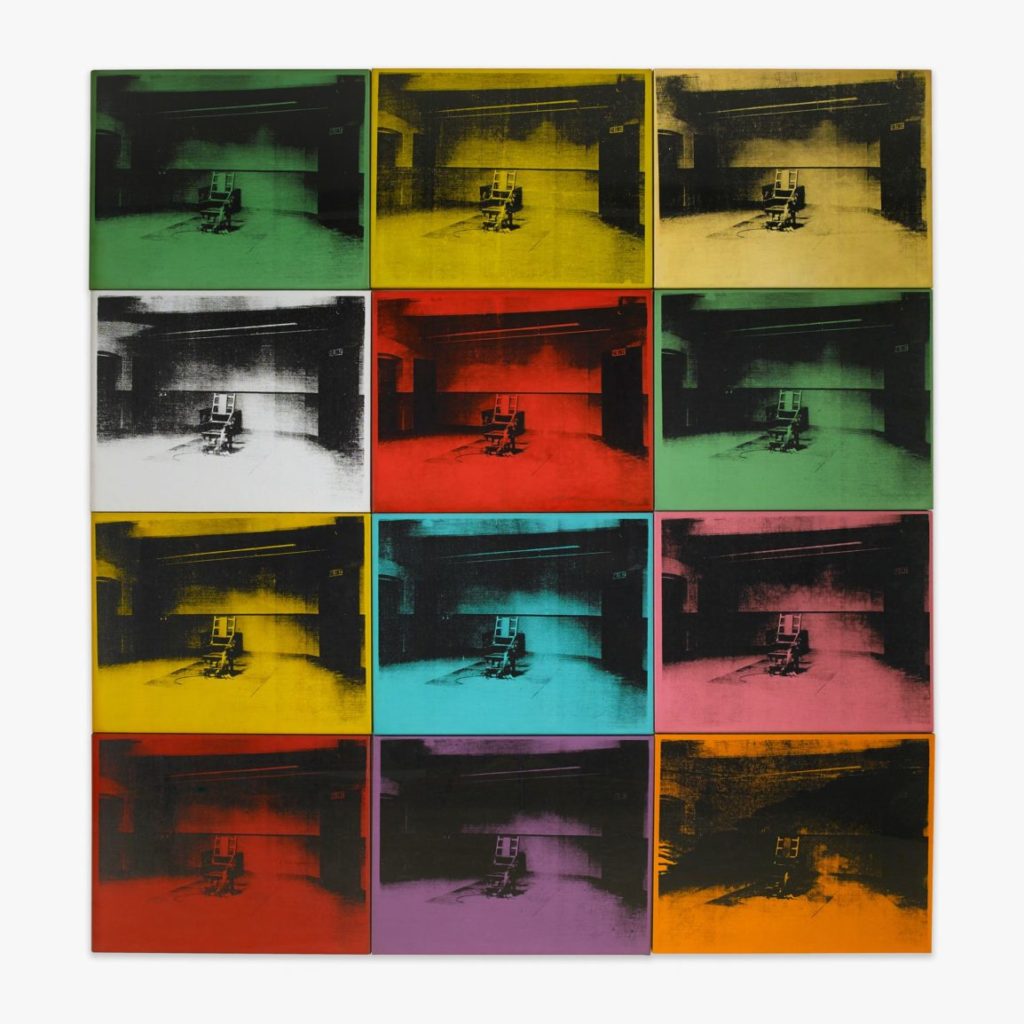 “I guess it was the big plane crash picture, the front page of the newspaper: 129 dies. I was also painting the Marilyns. I realized that everything I was doing must have been Death. It was Christmas or Labor Day – a holiday – and every time you turned on the radio they said something like ‘4 million are doing to die.’ That started it.”

The main purpose behind this series was to bring light to the idea of desensitization in our society surrounding topics such as death and disaster. Warhol once said in his biography, “When you see a gruesome picture over and over again, it doesn’t really have any effect.” Through these works, Warhol was commenting on the numbness within our society and culture surrounding these gruesome topics, while also testing the limits himself to see what would be accepted in the art world.

Besides his Death and Disaster series, Warhol worked with more lighthearted subject matters, such as his 32 Campbell’s Soup Cans (1962), and Green Coca-Cola Bottles (1962). Prior to 1968, Andy Warhol was on the rise of becoming one of the most well-known artists, exploring ideas of consumerism and advertising. This all changed after being shot by Solanas. 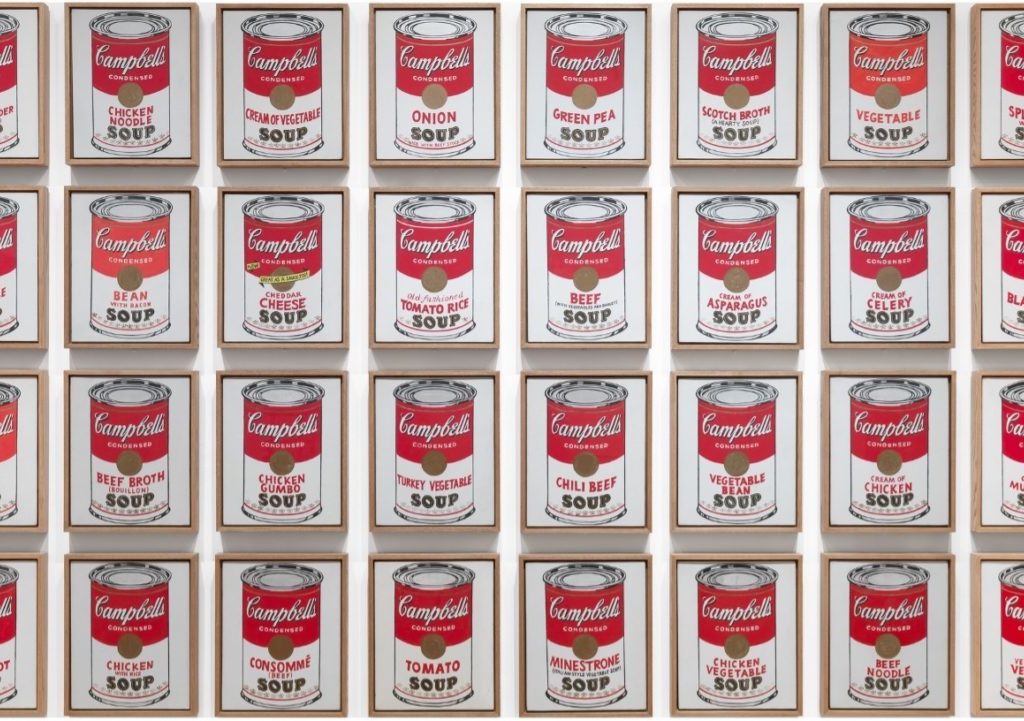 In 1967, Valerie Solanas founded the Society for Cutting Up Men, which she used to market her radical feminist agenda. As the sole member of the society, she self-published the SCUM Manifesto, which reads:

In this manifesto, Solanas envisioned a world without men.

Valerie was a player in the Factory scene, where she was introduced to Warhol’s world. In 1965, Valerie continuously asked Warhol if he would produce a play she had written titled Up Your Ass. Warhol rejected her offer, and at some point, lost the manuscript Solanas had given him. 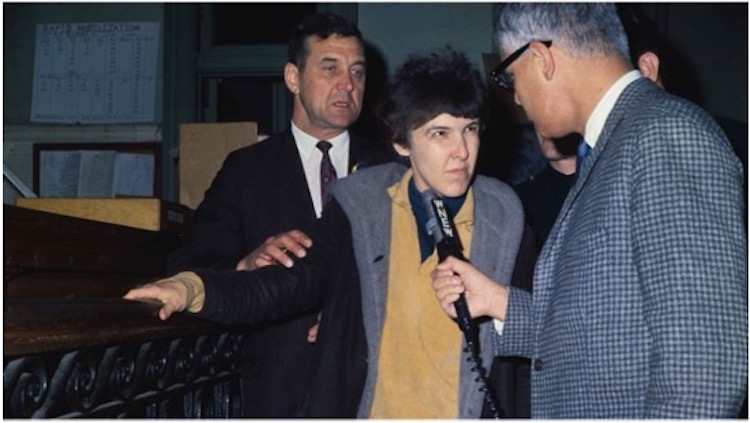 In the weeks prior to the incident, Solanas repetitively called Warhol’s office demanding he return her missing manuscript. She became convinced he was trying to steal her manifesto, which led to her aversion for the popular artist.

On June 3, 1968, Solanas showed up to Warhol’s office at 33 Union Square West, and shot Warhol and Mario Amaya, a London art gallery owner. She committed this violent attack on Warhol because of the outrage she felt after her offer was rejected by the artist. The two bullets which hit Warhol tore through major organs, critically wounding him. Although Warhol was briefly declared dead in the emergency room, both he and Amaya miraculously survived the attack.

Warhol was rushed to the hospital after the assasination attempt and was legally pronounced dead at 4:51 pm. Lucky for Warhol, vascular surgeon Guiseppe Rossi was on duty that day. The determined doctor was not ready to give up on his patient, who he had originally thought was a homeless man. Dr. Rossi performed a five and a half hour long procedure on Warhol, repairing the damage done to the artist’s body.

After massaging his heart and ordering a blood transfusion, Dr. Rossi successfully revived Warhol. Little did the doctor know that he had just miraculously saved the life of famous artist, Andy Warhol. 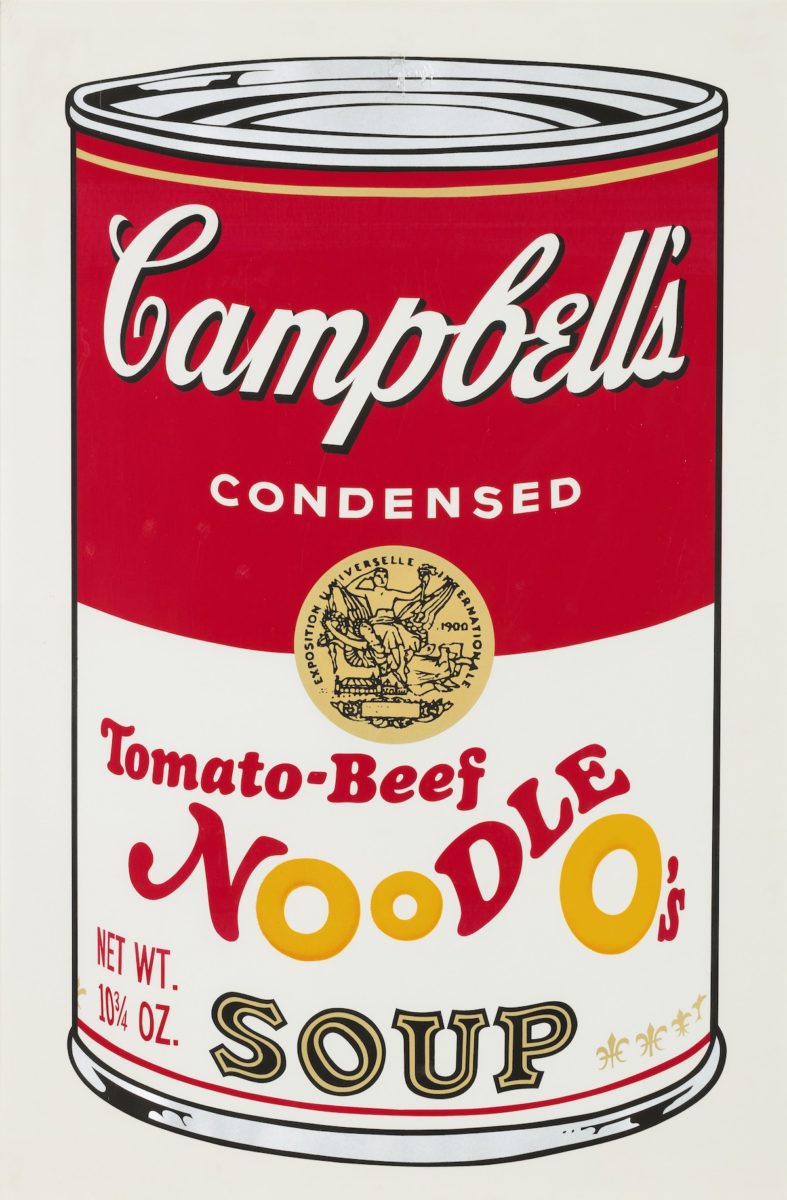 In an effort to repay his doctor for his heroic work, Andy Warhol sent Dr. Rossi a selection of prints. This thank you gift included a complete set of Warhol’s Campbell’s Soup II screen prints, which are some of his most notable works. Andy Warhol’s Tomato-Beef Noodle O’s from his Campbell’s Soup II portfolio is one of the many prints that was gifted to the doctor. This one of a kind print with a unique history is now for sale at the Revolver Gallery.

After turning herself in to a Times Square policeman, she reportedly told the cop, “He had too much control over my life.” This claim made its way to the cover of the New York Daily news. Solanas later pled guilty to assault charges and was diagnosed with paranoid schizophrenia. She was sentenced to three years in prison, and was released in late 1971.

After the assassination attempt, Warhol spent two months in the hospital. He also had to wear a surgical corset for the rest of his life, due to the severity of the gunshot wounds. This incident also left Andy with difficulty eating and swallowing, among a number of other complications. 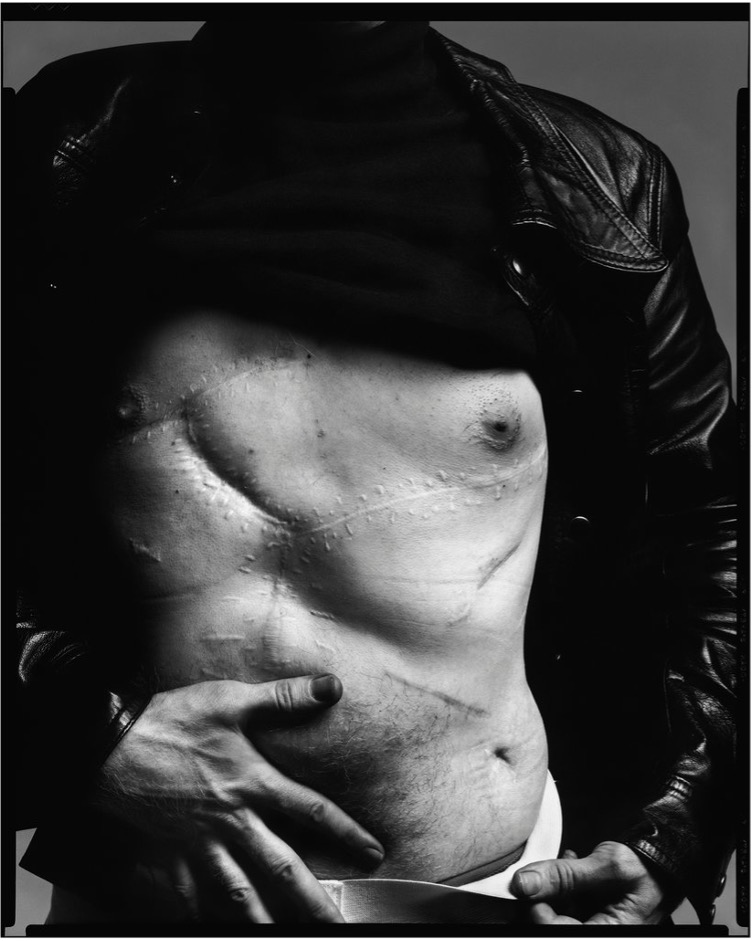 Richard Avedon photographed Warhol’s scarred torso in 1969. His head is not shown in the composition, but instead the image is focused in on the physical damage done to Warhol’s body after being shot. These powerful images document this tragic event and its long lasting effects.

Not only did the attack affect Warhol’s physical health, but it also had an impact on his mental stability. After the incident, Warhol wrote in his 1968 biography:

“When you hurt another person, you never know how much it pains. Since I was shot, everything is such a dream to me. I don’t know what anything is about. Like, I don’t know whether I’m alive or whether I died. I wasn’t afraid before. And having been dead once, I shouldn’t feel fear. But I am afraid. I don’t understand why.”

After being shot by Valerie Solanas in 1968, Warhol’s fear of dying was amplified. This incident caused Warhol to revisit the themes of death and violence, but now by observing the possibility of his own mortality.

Warhol created a series of Gun prints, which was created in reaction to his feelings around gun violence and his own personal experience with it. Warhol’s Gun from 1981, shows a weapon similar to the .22 snub-nosed pistol that Solanas used to shoot him. Warhol created these prints to reflect on his feelings towards his own mortality at the mercy of the weapon. 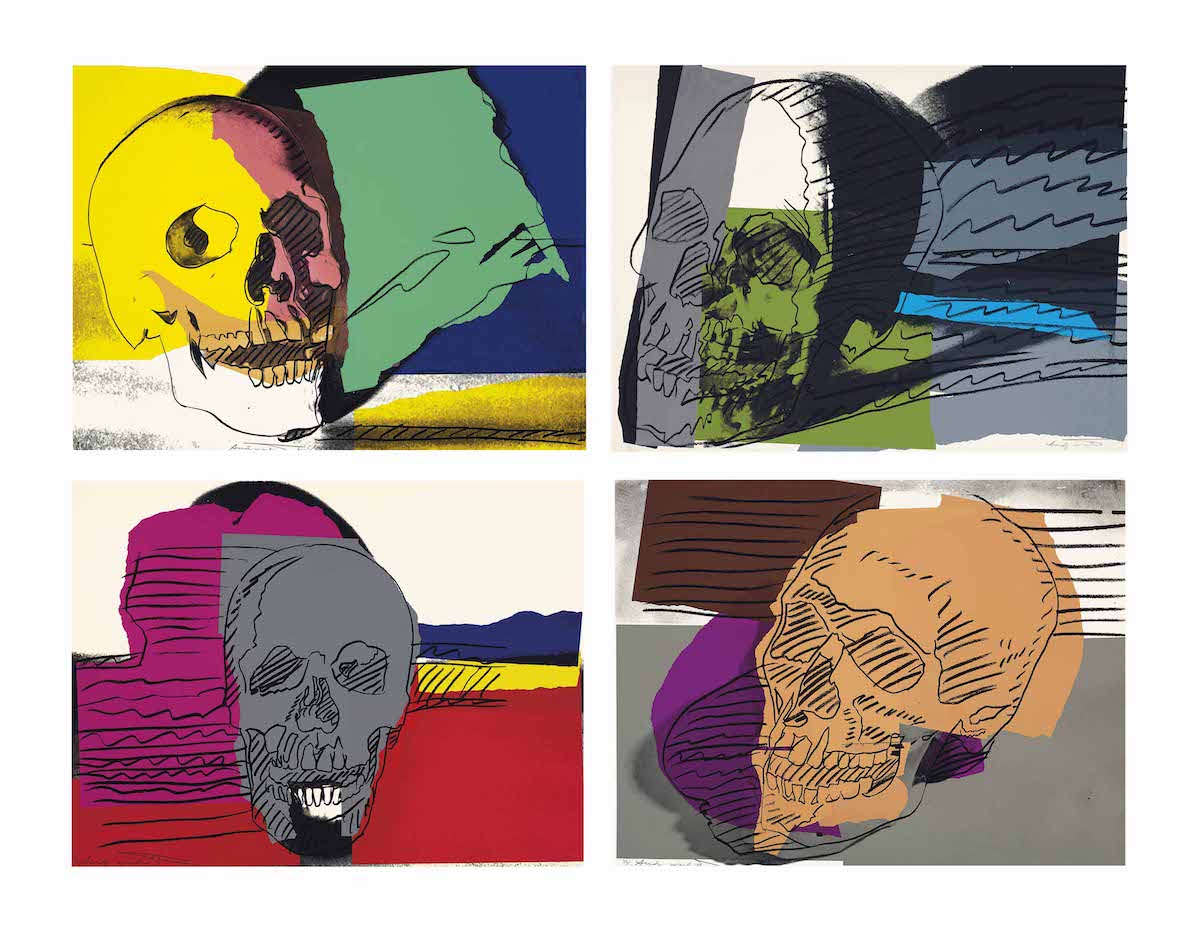 Yet another portfolio which came after the shooting includes hisSkulls seriesfrom 1976. This collection consists of six canvases with the same photographic image of a human skull. The image which Skulls is based on was taken by one of Warhol’s assistants, Ronnie Cutrone. These works were created in the Factory, where Warhol rolled out the unstretched canvas and got to work. The background was saturated in bright colored synthetic polymer paint, with the skull image screen-printed on top.

After being shot in 1968, Andy Warhol’s work took a drastic turn. His Skull 158 from 1976 is a prime example of this shift in his subject matter. This work is one of four screenprints from the artist’s Skulls series, which each vary in color and composition. As a practice in the art of “Vanitas”, Warhol’s skulls serve as a reminder of human mortality and the shortness of life.

Warhol’s skull work is a reference to his fear of death, and how he came to terms with his own mortality.

Not only did the attack by Solanas have an effect on the artist’s subject matter, but this incident also caused Warhol to become much more private and reserved. Warhol left behind some of his work to focus on the entrepreneurial side of his career.

The shooting also intensified his fears of hospitals and illness, leading him to seek alternative medicine and treatments. This hesitance caused him to delay appointments and procedures, which may have eventually led to his demise. His doctor even said, “He was convinced if he was hospitalized he would die.” On February 21, 1987, Warhol suffered a heart attack after gallbladder surgery. He died the following day, while resting in the hospital. The bullet which hit Warhol’s gallbladder killed him 19 years after the attack.

Although darker subject matters such as death and disaster were nothing new to Warhol, after being shot in 1968, his fascination with dying and impermanence greatly intensified. Warhol became obsessed with the idea of his own undeniable mortality, which led him to revisit this theme in his artwork. 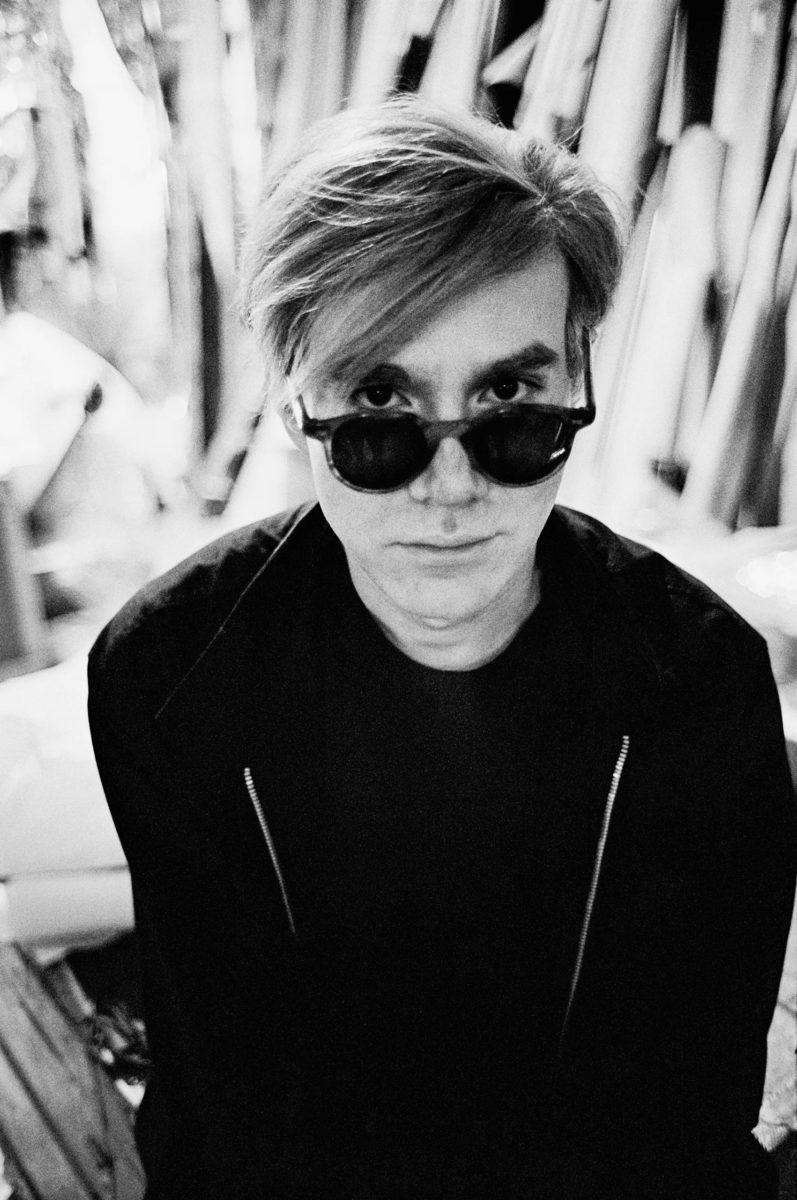 This life changing event altered the course of Warhol’s career. The artist’s work shifted from colorful pop art images of soup cans and flowers, to skulls and freak accidents. Although this change in his career was brought forth by an extremely unfortunate event, the works he created after this incident have become some of the most famous and iconic modern works of art. As Warhol once said:

“The idea is not to live forever, but to create something that will.” – Andy Warhol

PrevPreviousWarhol The Photographer: 7 Photographs and Portraits by Andy Warhol
NextWARHOL’S ‘60s FILMS: THE ART OF THE REALNext