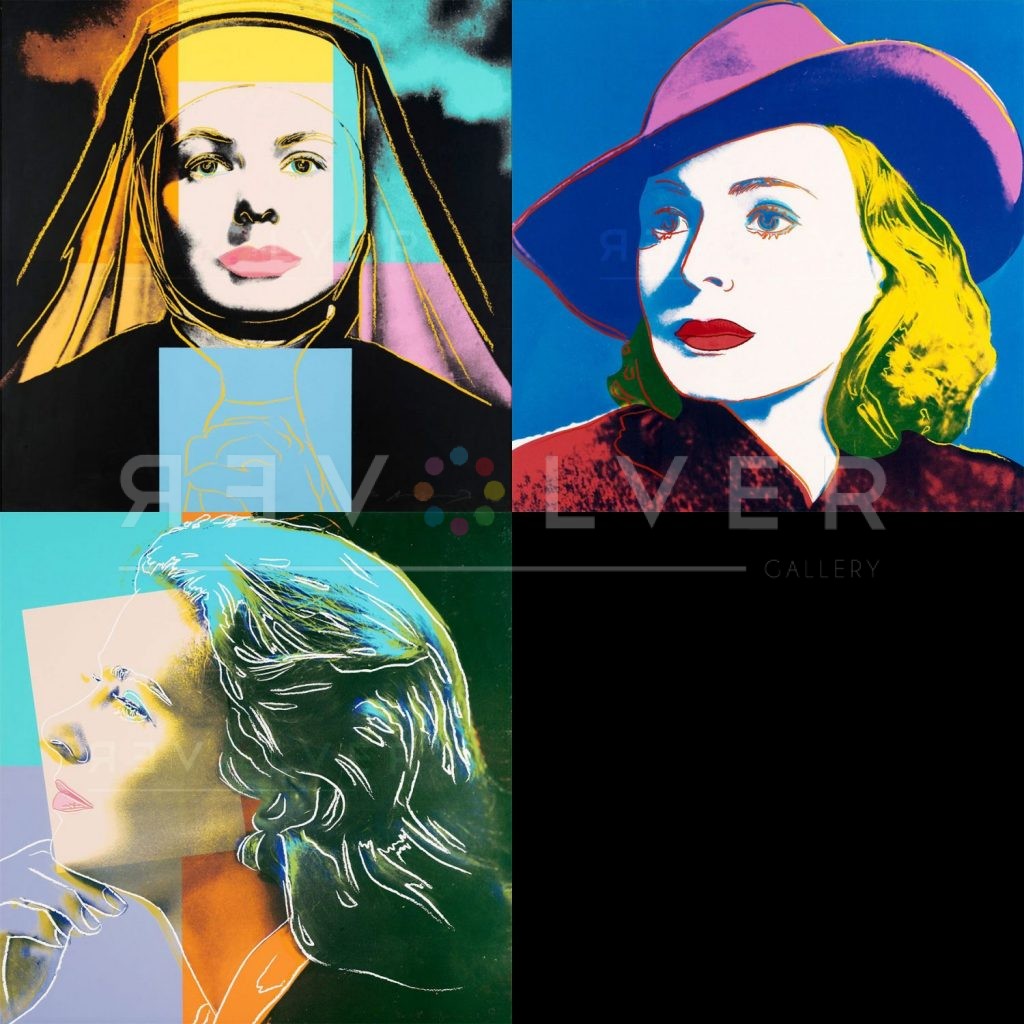 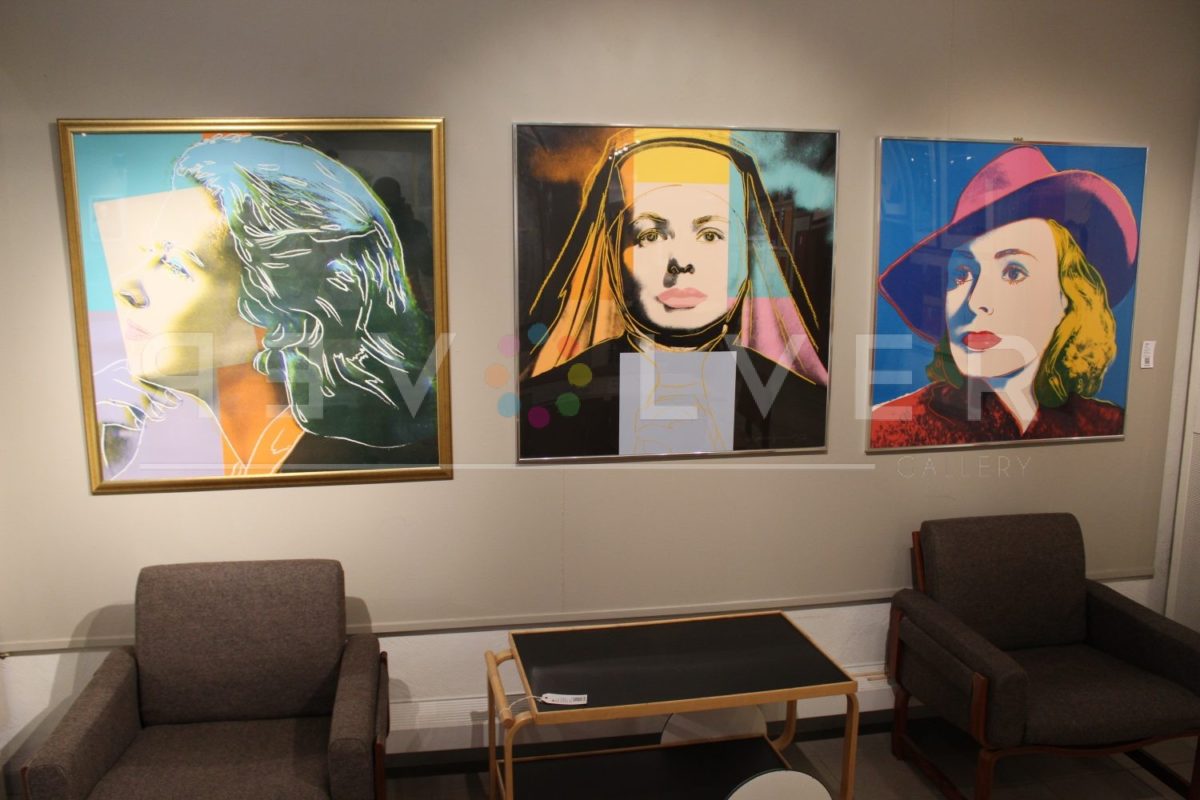 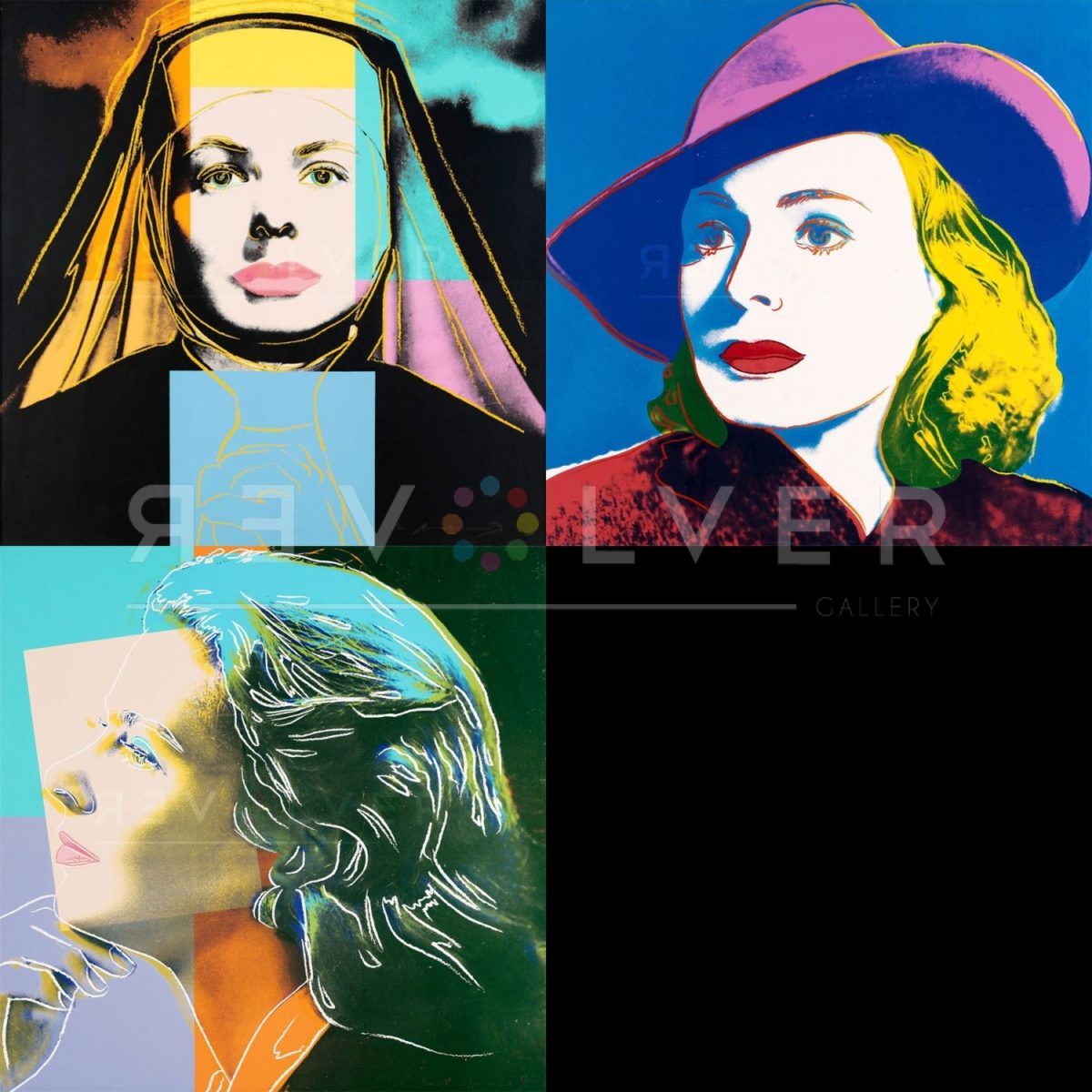 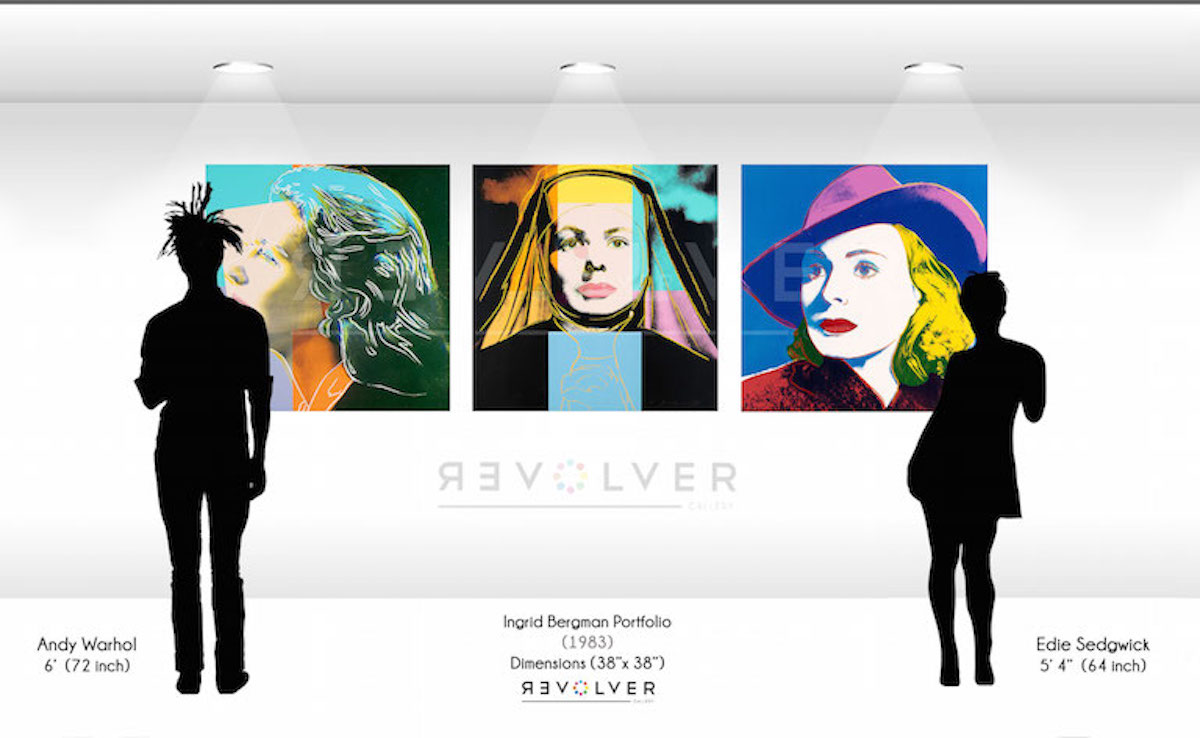 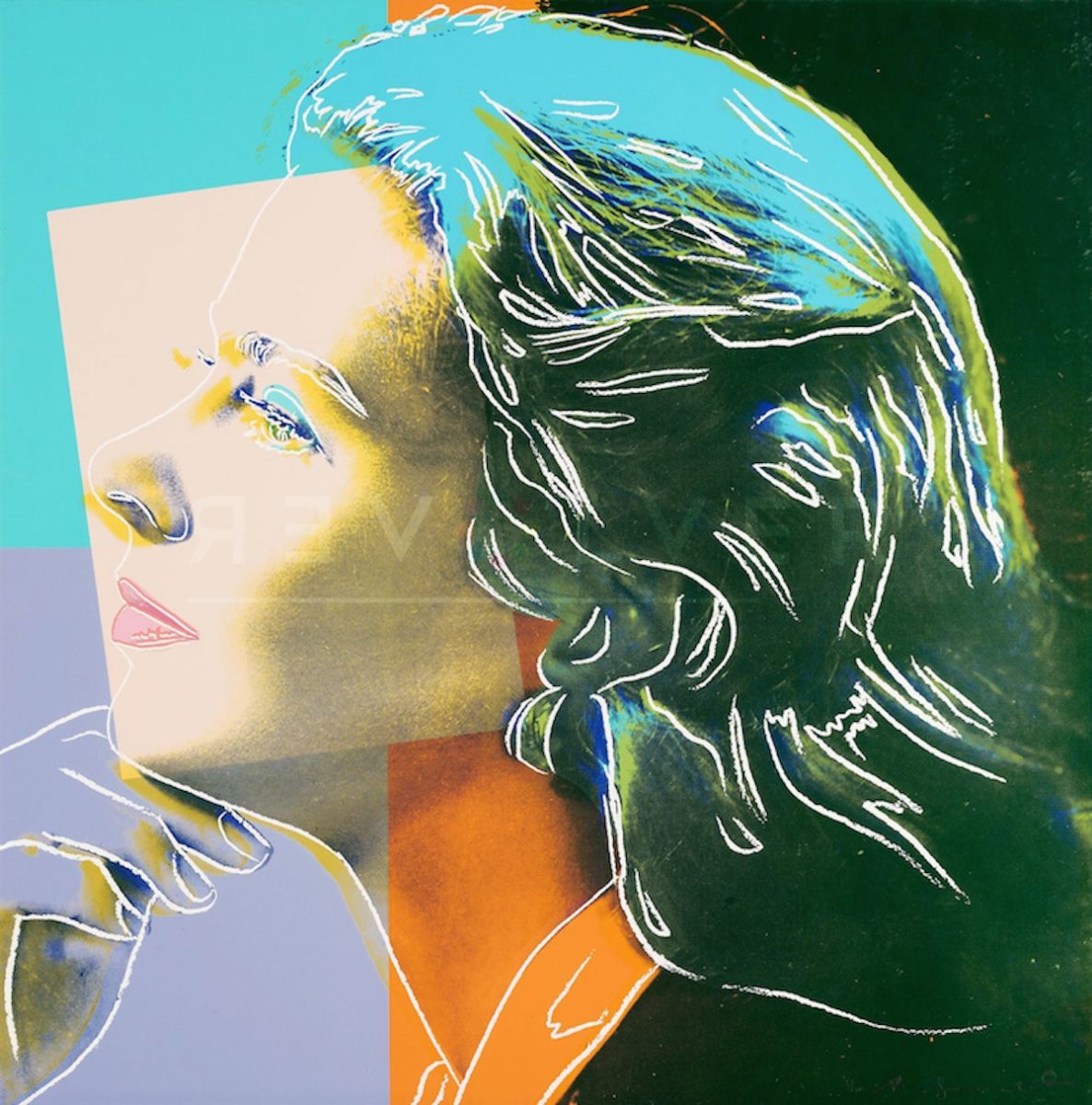 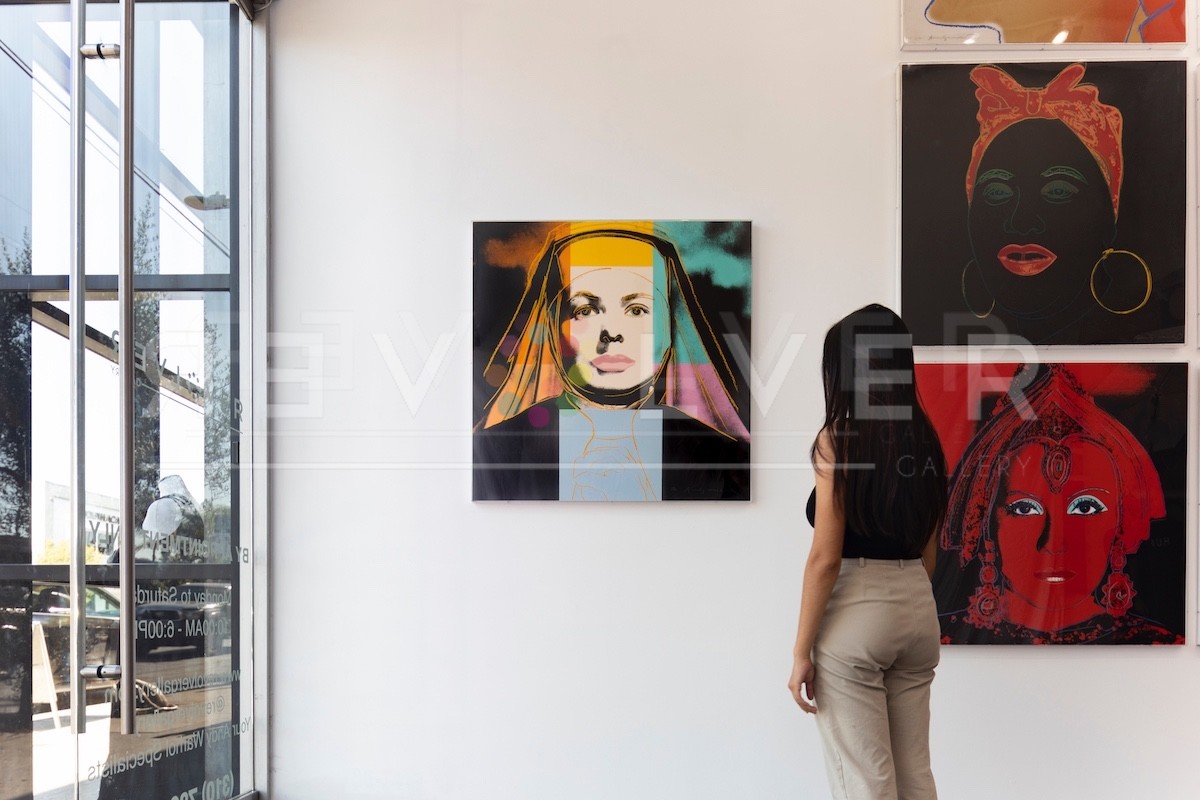 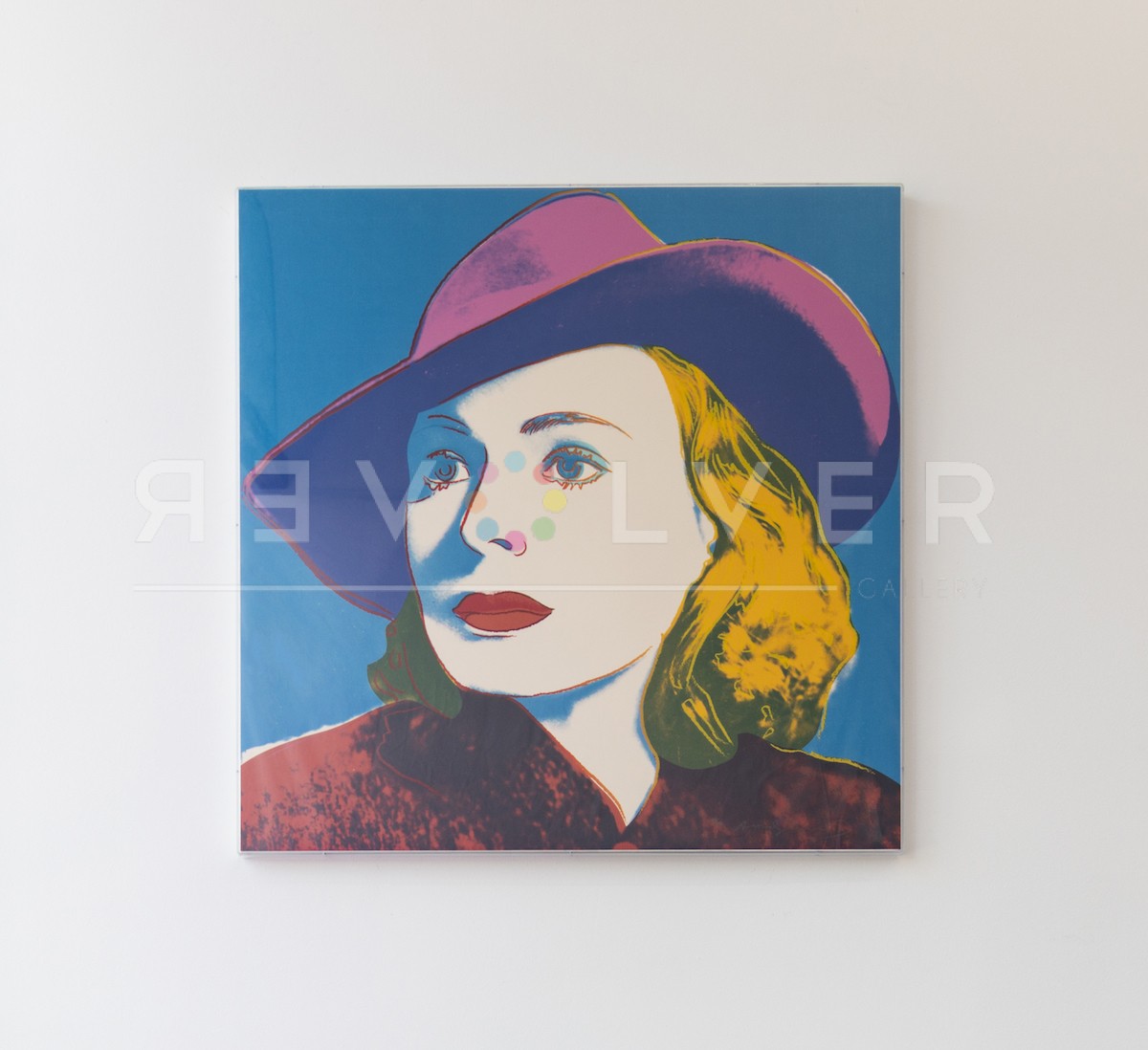 This portfolio is one of Warhol’s final series of movie star portraits for which he is best known. In the early 1960s, Warhol developed his unique style of portraiture; some of his earliest and best known subjects of this era included Marilyn Monroe, Elvis Presley, and Elizabeth Taylor. In contrast, Warhol did not create the Ingrid Bergman portfolio until about four years before his death in 1987.

Although celebrity portraiture is a significant part of Warhol’s art, throughout the years between the Marilyn’s and Ingrid Bergman, the subjects of his portraits shifted. Most notably, in the 1980’s, Warhol produced portraits of dignitaries, athletes, and intellectuals, moving away from exclusively depicting celebrities. Further, works like Camouflage, Space Fruit, and Shadows show a fundamental deviation from portraiture, in the style of his ultra-famous Flowers. Thus, Warhol’s broader subject matter in the 80’s transforms the Ingrid Bergman portfolio into a powerful representation of his growth as an artist. As he revisits the movie star theme, Warhol’s Ingrid Bergman portfolio beautifully captures the actress and her legacy.

The Ingrid Bergman complete portfolio celebrates Bergman’s illustrious career, featuring screenprints of the actress in two of her most famous roles. In Ingrid Bergman, The Nun, Warhol used a still from The Bells of St. Mary’s (1945), depicting Bergman as Sister Superior Mary Benedict. Ingrid Bergman With Hat and its corresponding trial proof show portraits from the film Casablanca (1942), in which Bergman assumed the role of Ilsa Lund. Herself is a unique piece in this portfolio; as Warhol sourced it from a publicity shot rather than a still from one of Bergman’s many films.

Each portrait features the old-Hollywood star gazing into the distance, never looking directly toward the audience. Warhol captures her in vibrant color in The Nun and Herself, her likeness laid over geometric blocks of color. In With Hat, Warhol does not utilize geometric color blocks. Using the same bright palette, he adds these colors directly within the lines of the screenprint. In all of the portraits, Warhol delicately outlines the star’s features with bright colors. The portfolio captures the actress in three of her most enduring roles: two of her classic film characters, and as Ingrid Bergman, celebrity. With the Ingrid Bergman complete portfolio, Warhol creates a stunning representation of the star and her legacy informed by the complexities that accompany life as an object of fame and celebrity.

After the success of the Campbell’s Soup series in the early 1960s, Warhol began creating screenprints of movie stars including Marilyn Monroe, Liz Taylor, and Marlon Brando. This series is indicative of Warhol’s obsession with all things relating to fame, especially movie stars. His fascination with pop culture spilled over into his creative output, which is evident by his prints of movie stars, Campbell Soup cans and political figures. His art is a visual recording of the culture of his time. 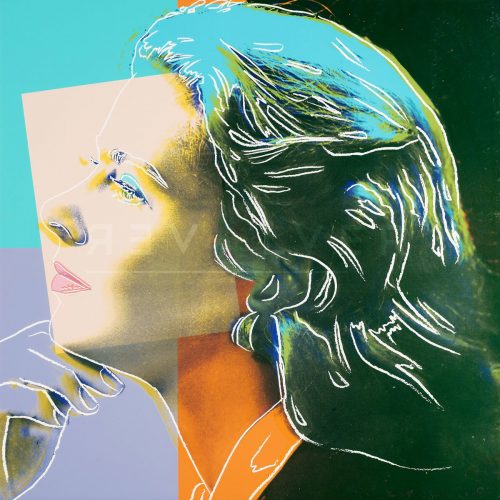 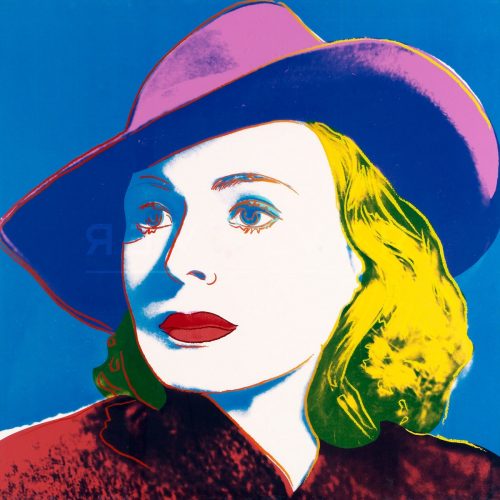 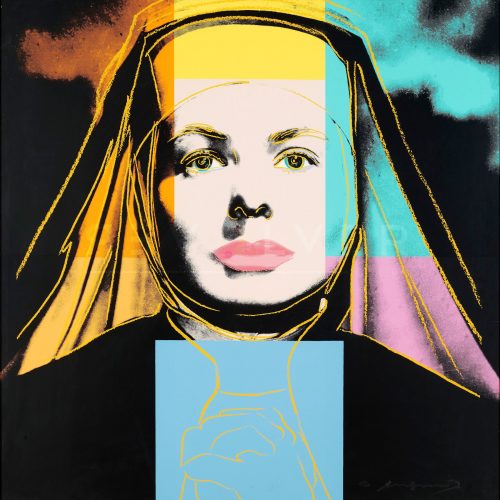