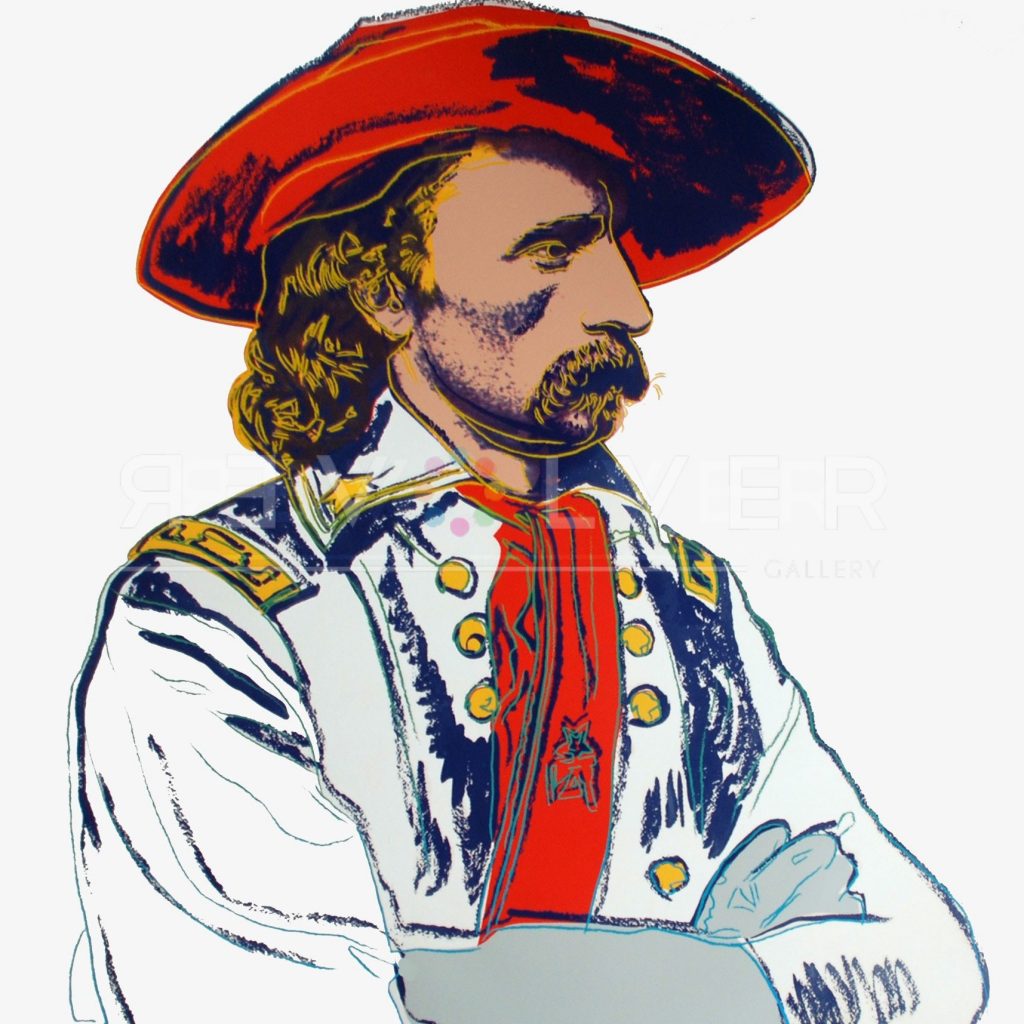 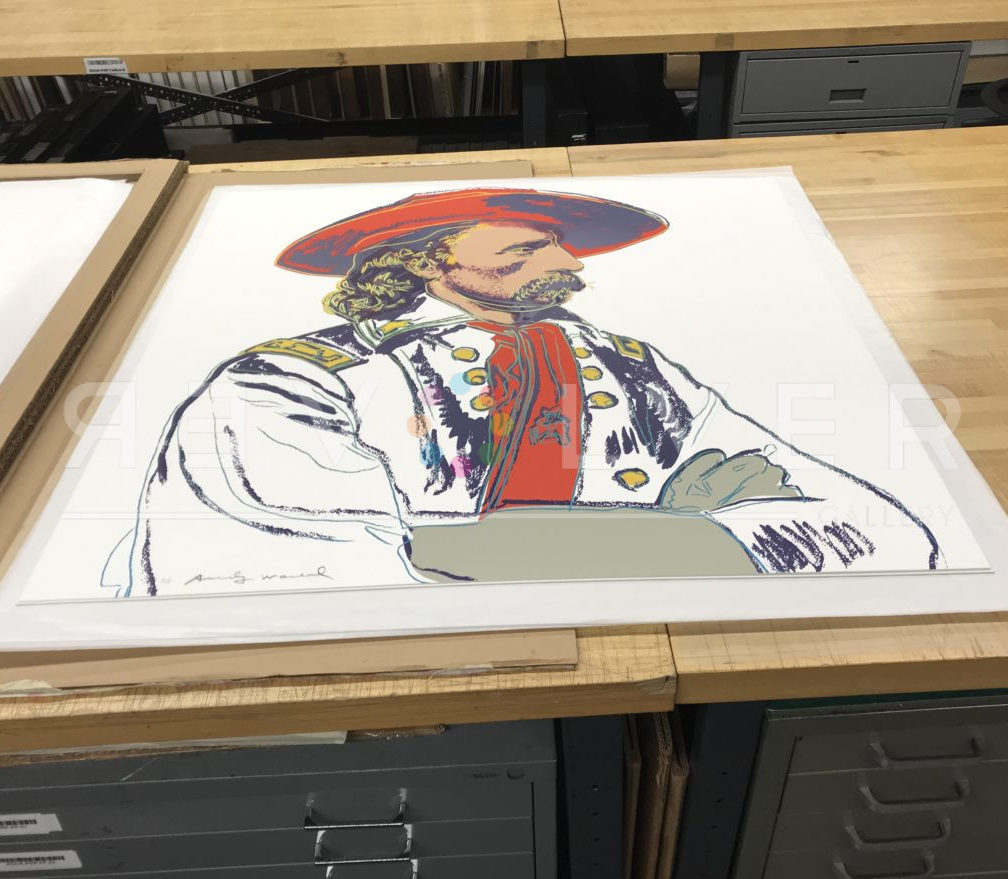 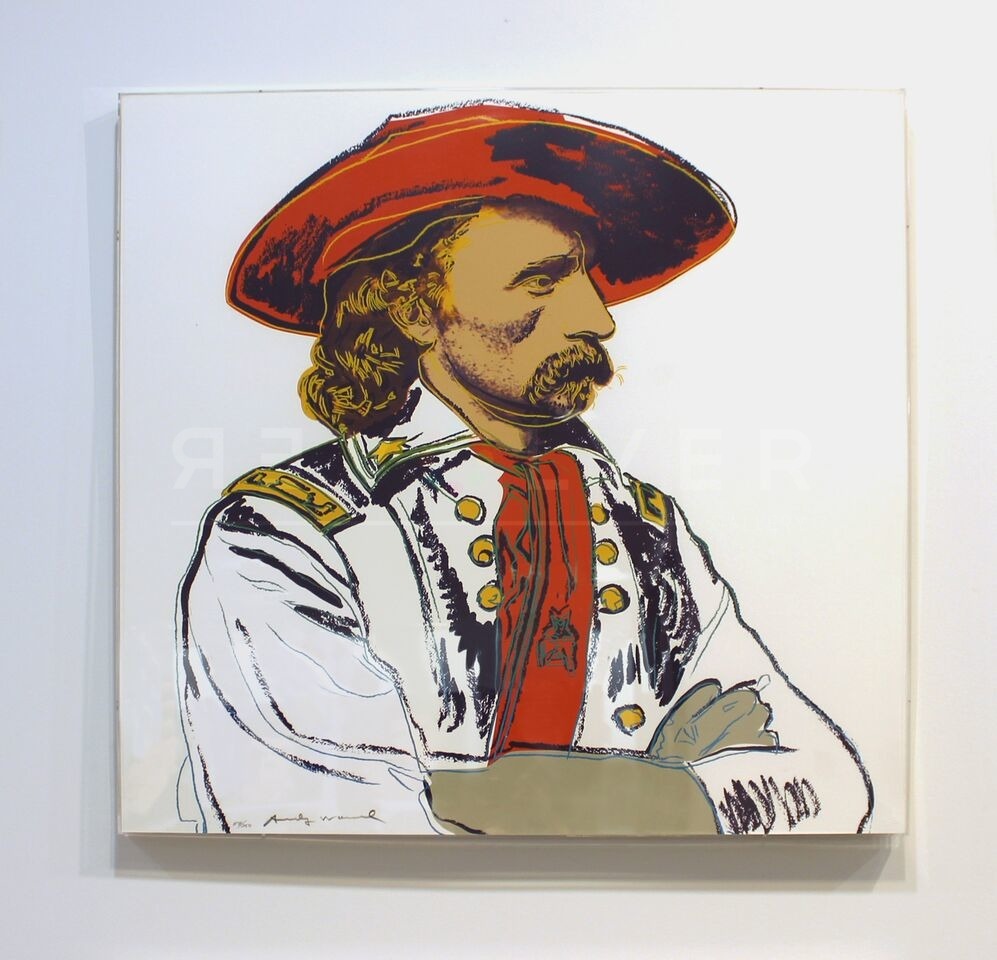 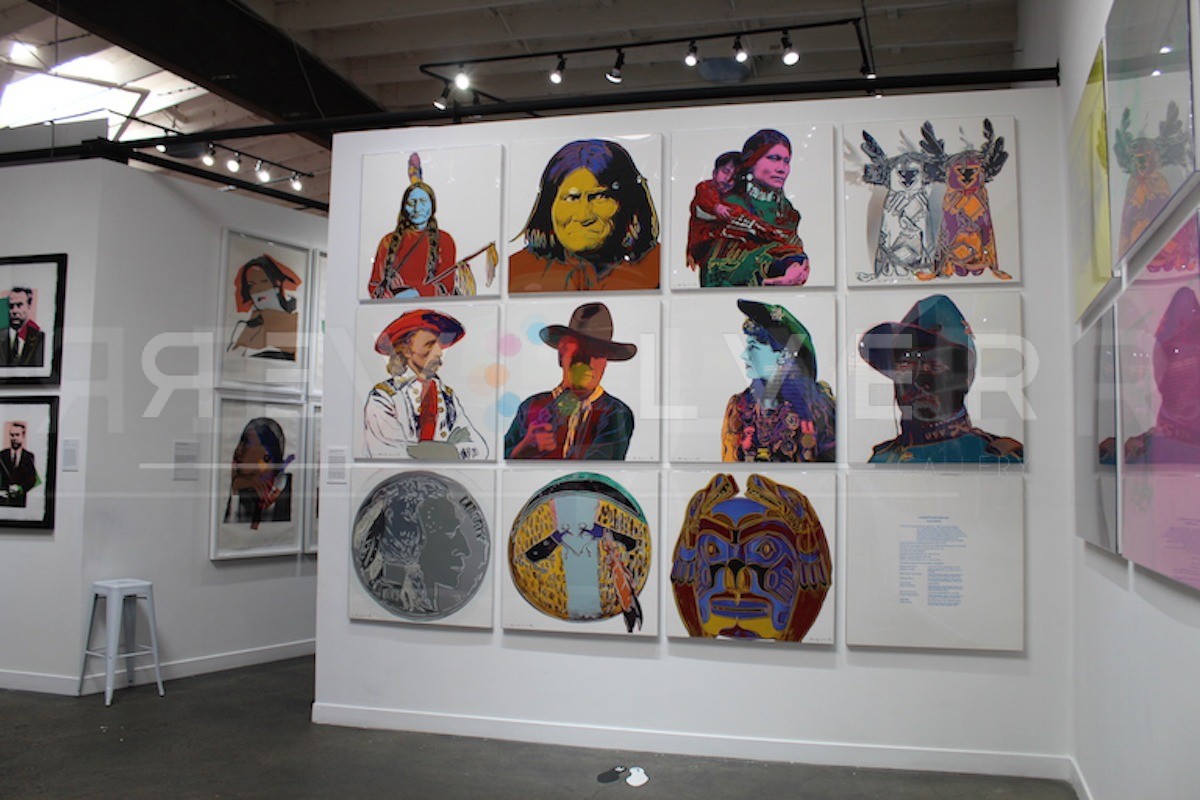 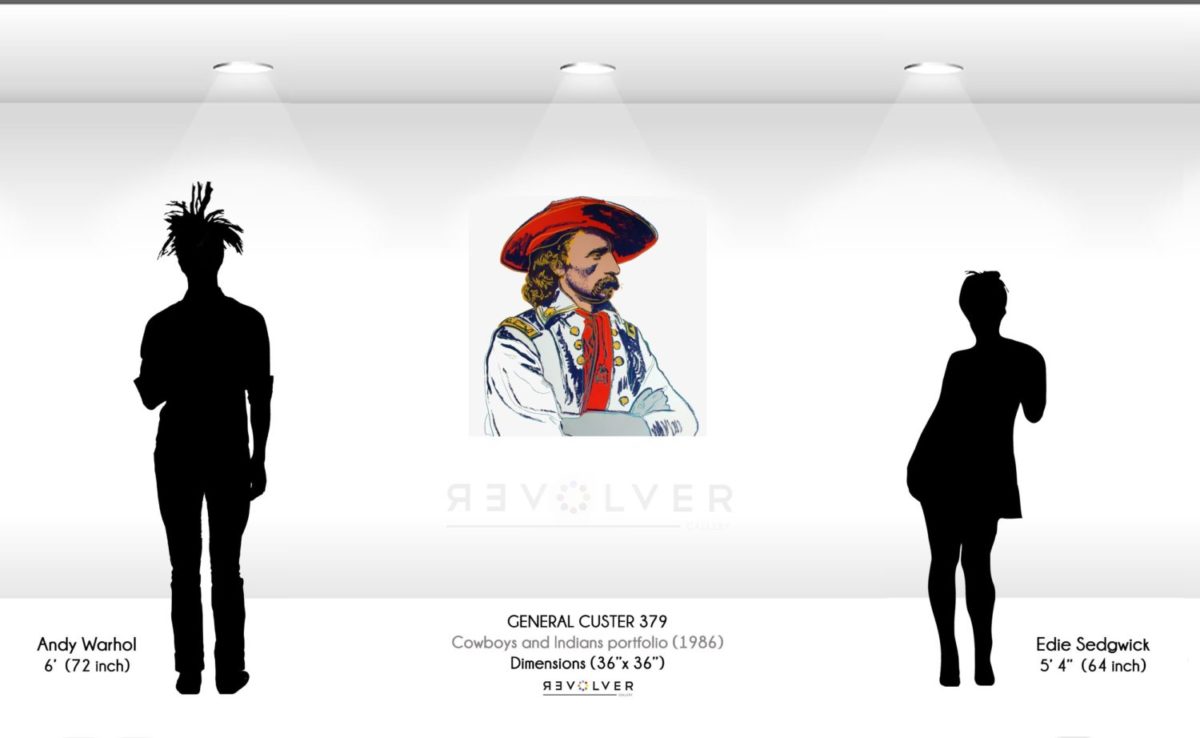 Medium: Screenprint on Lenox Museum Board.

General Custer 379 is one of ten prints in Andy Warhol’s 1986 Cowboys and Indians series. This portfolio explores the relationship between the media’s romanticized take on the Old American West and it’s duplicitous effect on correctly understanding history. The portfolio features America’s favorite legends of the Old American West like Annie Oakley and John Wayne; political and wartime figures like Custer; and significant Native American heroes including Sitting Bull. Cowboys and Indians was part of a fecundity of portfolios created by Warhol that year, but this one emerged as one of the most distinguished (and valuable) he ever created.

General Custer, notorious as the “top Indian fighter”, was a commander of the Union Army during the American Civil War and fought against Indigenous Americans during the American Indian Wars. He died at The Battle of the Little BigHorn at the hand of Sioux leader Sitting Bull and his Plains Indians army. In the 19th century and most of the 20th century, General Custer received fantastic public relations. Well received when he was alive, his death transformed him into even more of a mythicized American hero. His wife wrote memoirs of his charitable deeds such as Boots and Saddles, and breweries like Anheuser-Busch used the famous painting “Custer’s Last Stand” in their advertising campaign. But by the late 20th century, his fraudulent morals and war tactics lost him credibility by most accounts.

General Custer 379 is based on an original black and white image circa 1865, the last year of the Civil War. He dons the trademark Union general uniform with a hat and scarf. The crisp and lightly creased blouse is adorned with yellow embellishments of his rank. Overall, it is simple, regal, and contrasts the naturalist clothing of the Native Americans in the series. His mustache and beard accentuate a strong chin.

Warhol had always been obsessed with the Old American West. He even made two of his own Western films. Then again, much of America was obsessed with the genre. The Western represented exciting ways of showing patriotism, and it’s protagonists had an unwavering devotion to their country.

According to Southwest Contemporary, Phillip French, author of Westerns: Aspects of a Movie Genre, believes that Westerns have “three cardinal aspects” which stylize the genre. These include the oversimplification of complex issues into clearcut “good vs evil,” practicing cinematic “virtuosity” through reshaping conventional norms, and misdating aspects of the supposed time period. All this is to say that while Westerns were loved, they were not mimetic of history. To be successful in Hollywood, they needed to show exceptional drama and simplicity.

General Custer 379 (like the other figures and objects in the series) visually takes inspiration from this traditional Western plot. By separating the person with place in General Custer 379,  Warhol removes vital historical integrity. Through the beautiful vibrant colors and  fine details, however, Warhol’s pop art style keeps a level of coherence about the figures while adding stylistic drama to engage viewers. Antagonizing forces are shown together in Cowboys and Indians, specifically Custer and Sitting Bull, making blatant commentary about the misperceived truth of either individual’s life history, but our continued fascination by both.

Though Warhol never claimed his support for either the politicians or heroes of the Old West, or the Native Americans, he included both (who’ve been subject to different opinions throughout history), to show their historical importance, as well as the way they exist in the American imagination. The series is controversial, thought provoking, and remains one of Warhol’s greatest series. 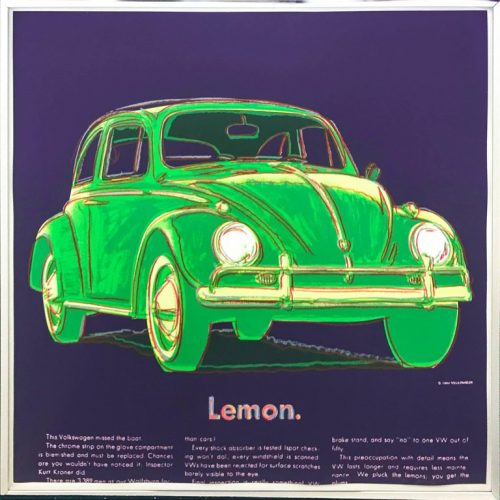 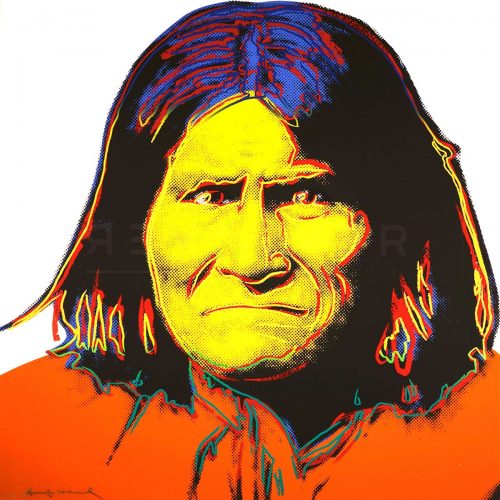 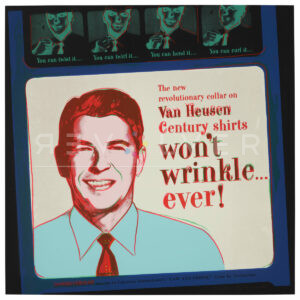