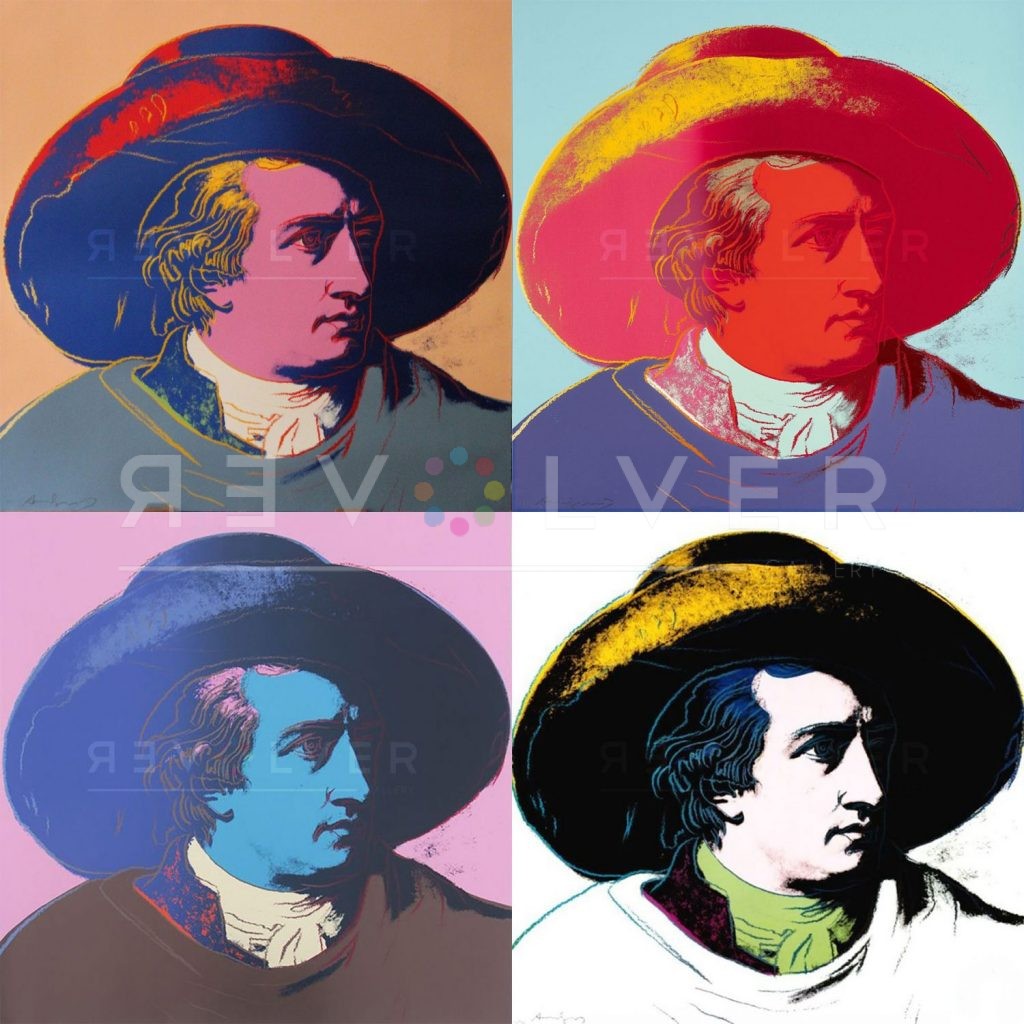 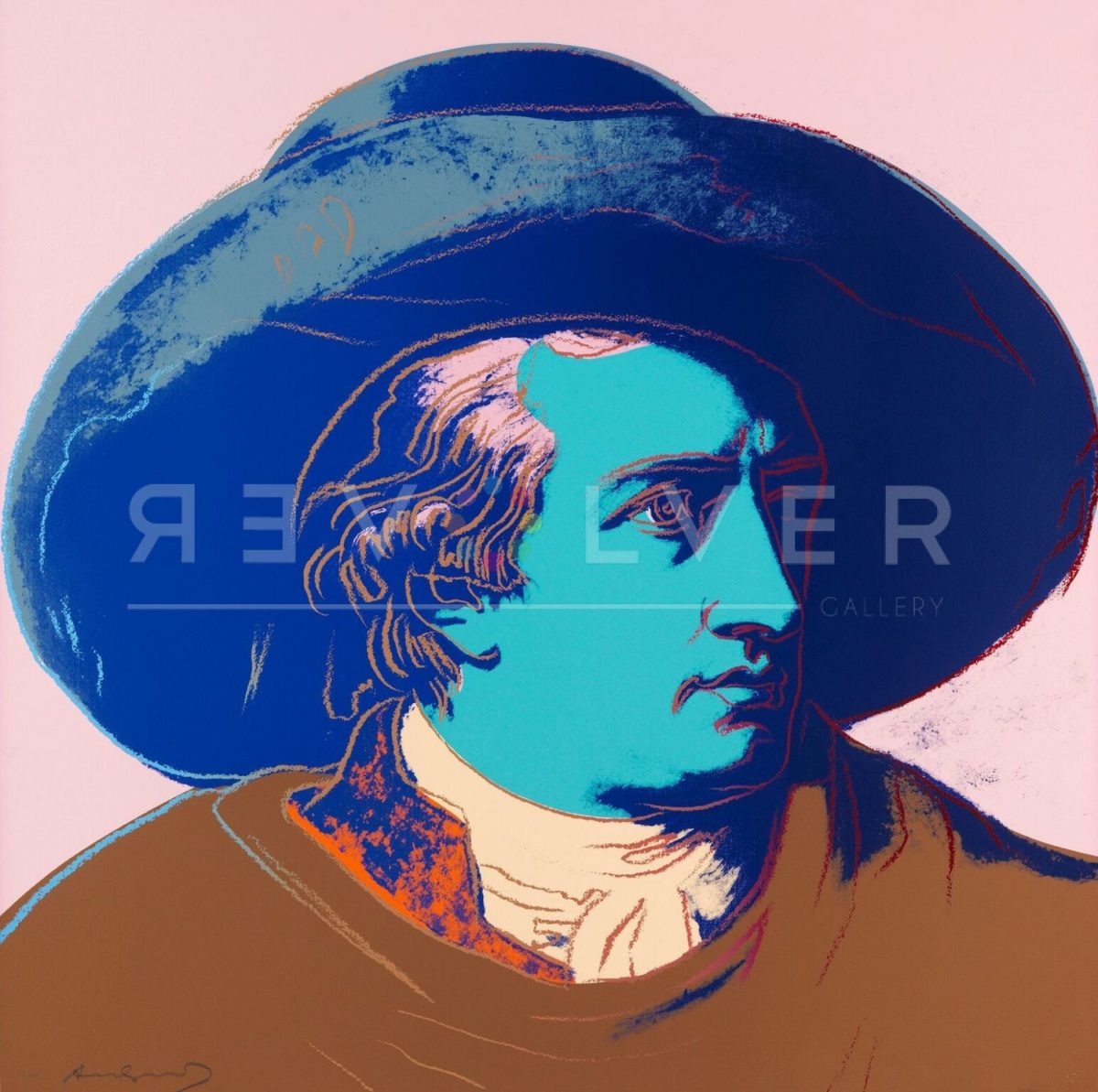 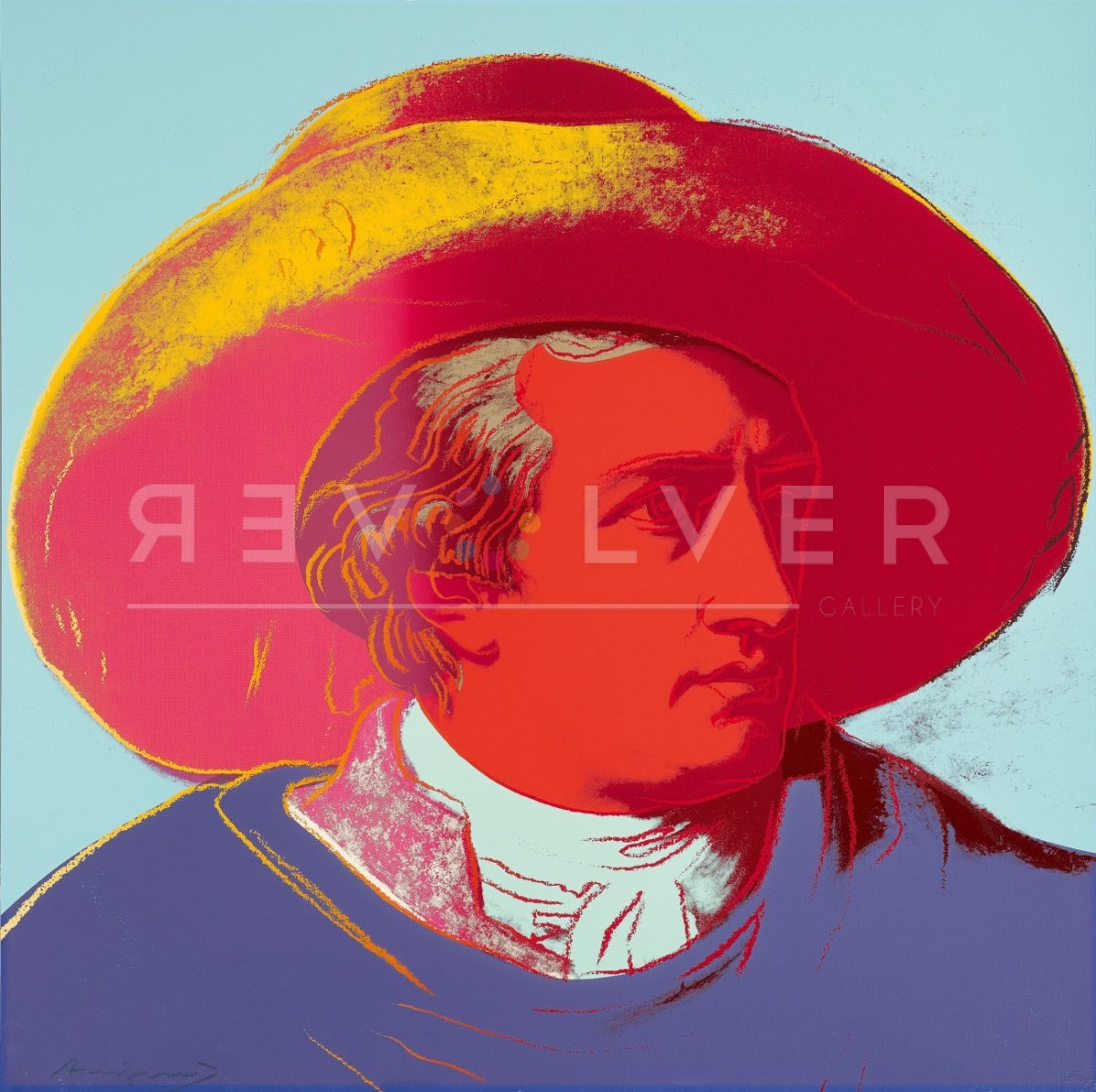 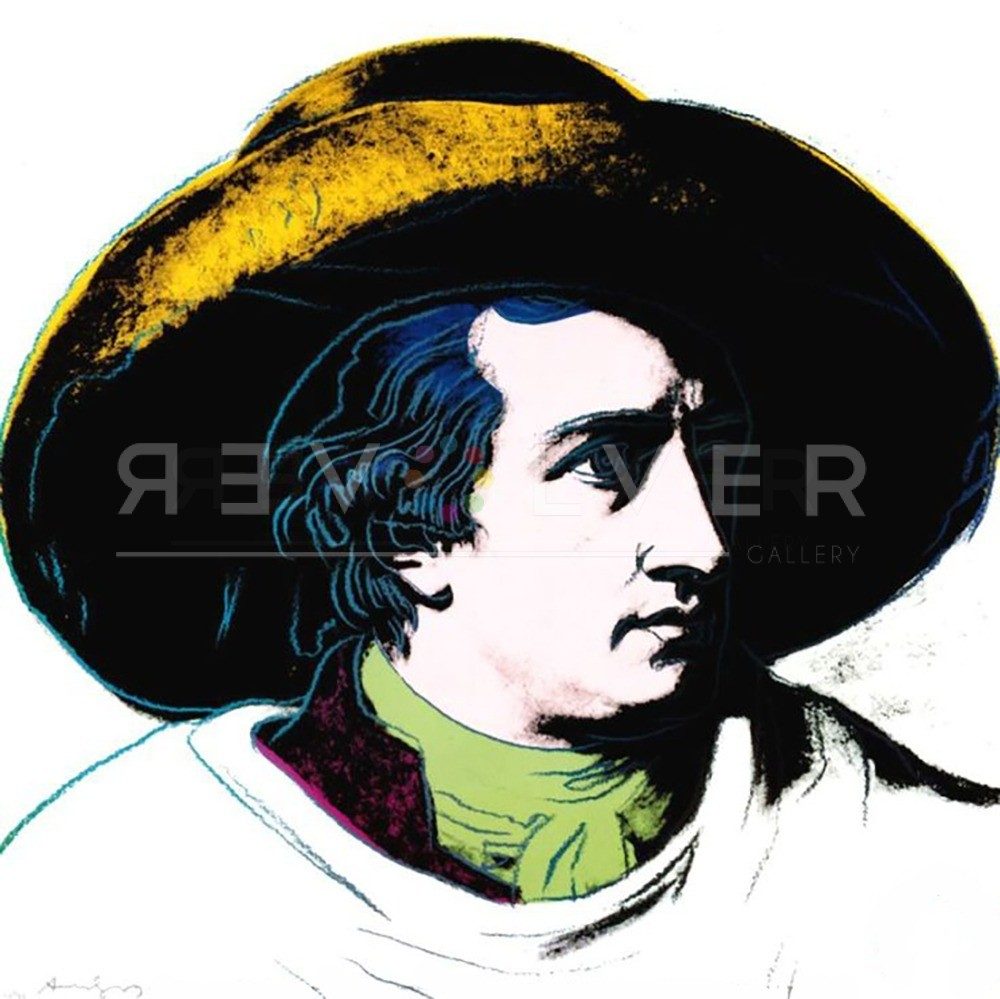 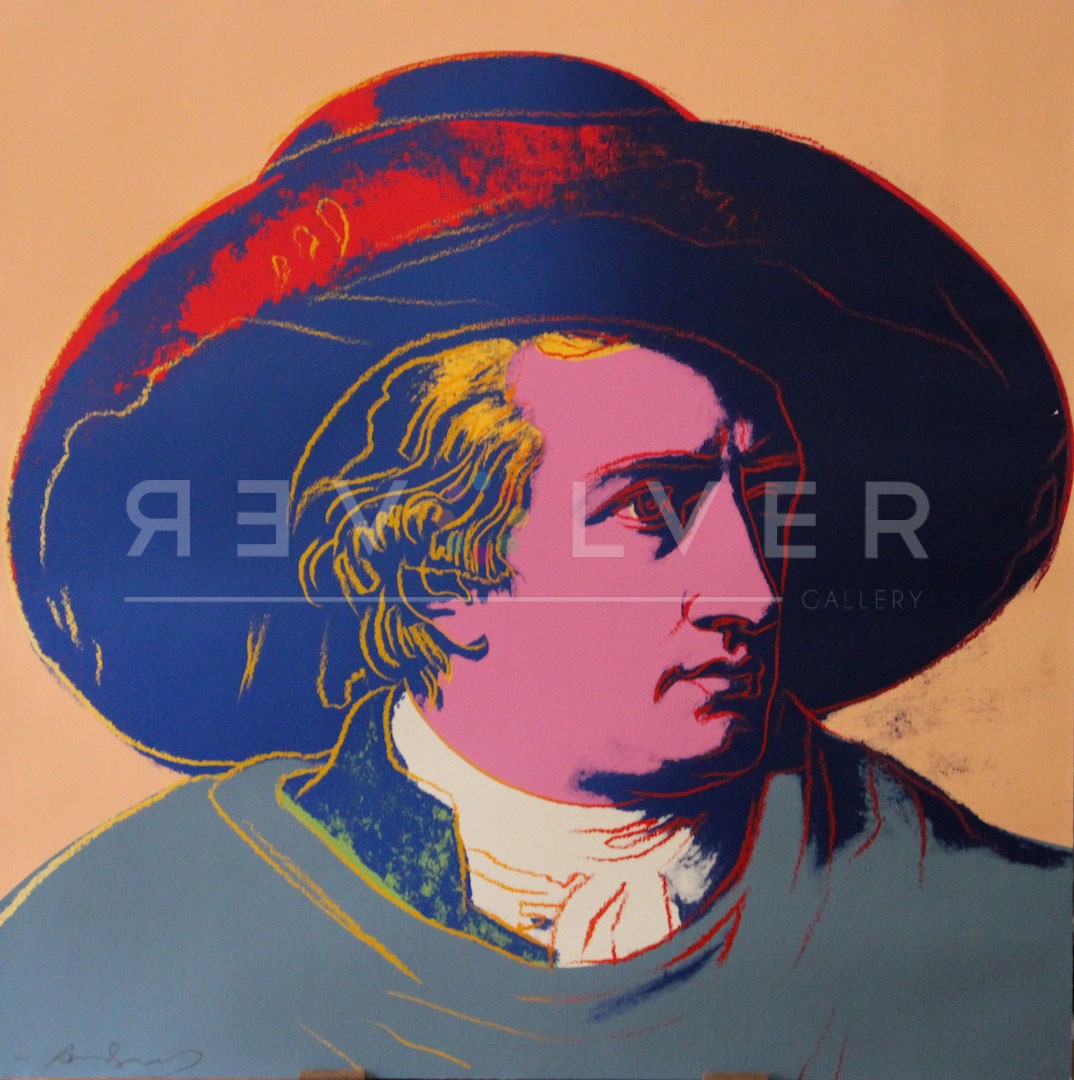 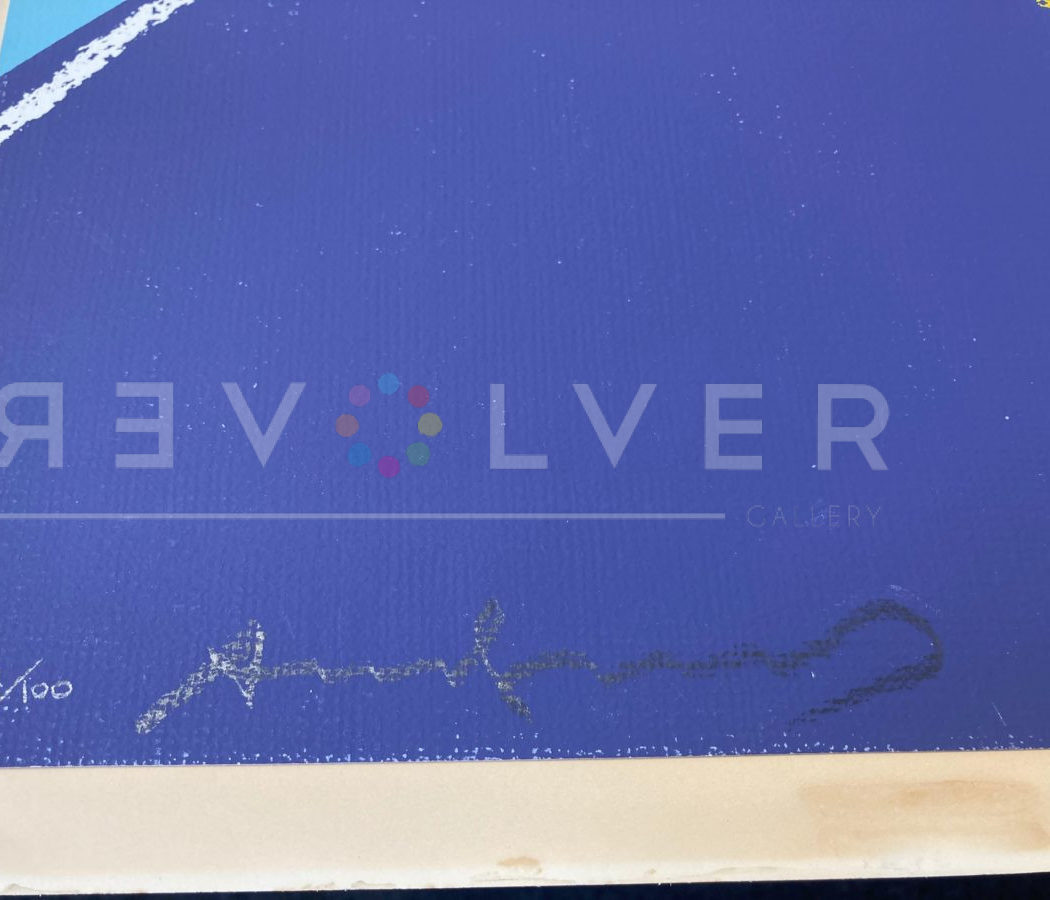 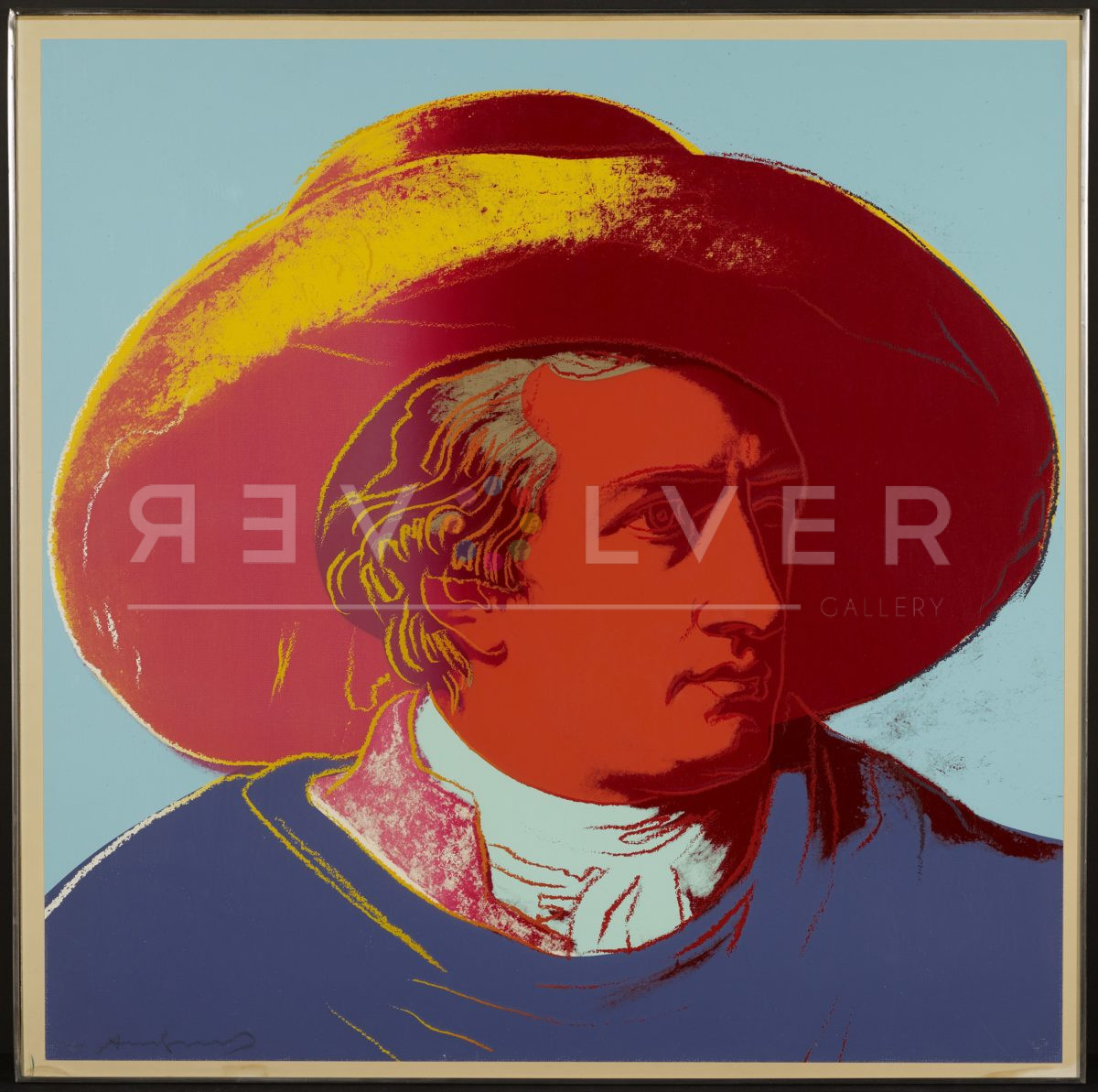 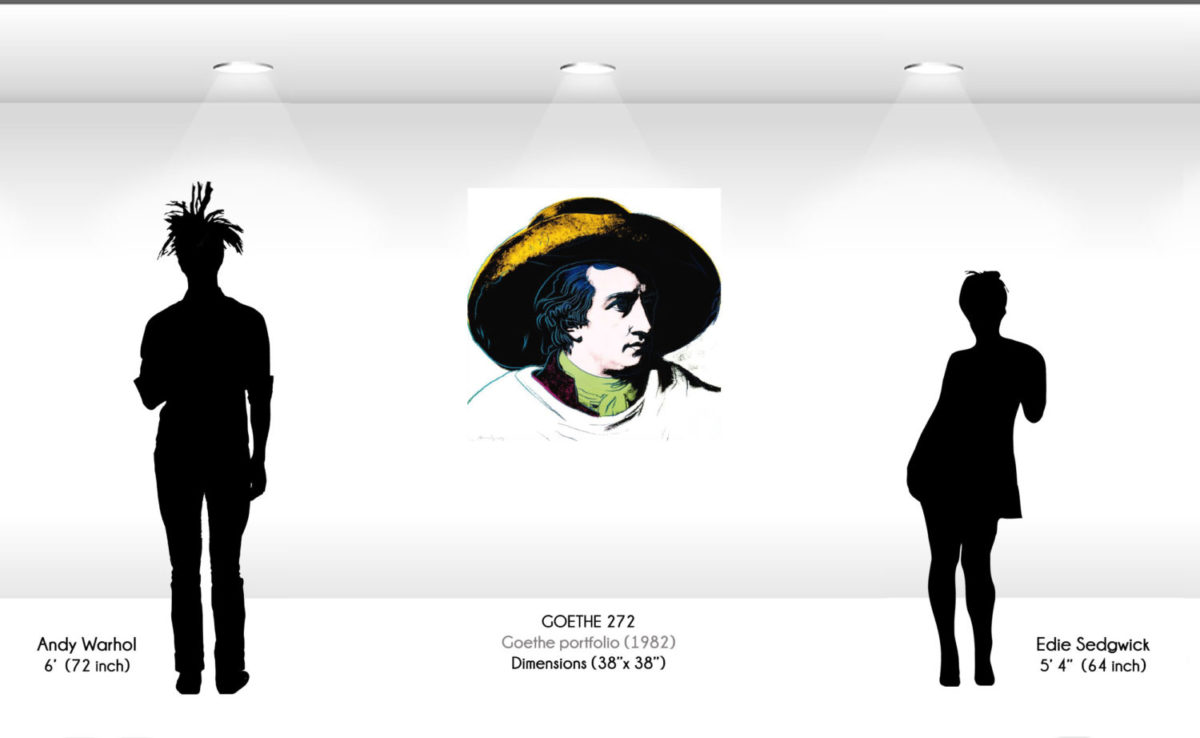 Andy Warhol‘s Goethe portfolio is a series of four screenprints created in 1982, depicting 18th century German polymath and cultural figure, Johann Wolfgang von Goethe. In the context of Warhol’s oeuvre, it represents the style of his portraiture typical to the late stage of his career. By this time, Warhol was not only using high-contrast enamel paints to provide the “Pop” of his celebrity works, he was incorporating hand drawn lines along the contours of his subjects, thereby reclaiming a human look for a type of art originally meant to embody a sense of mechanical detachment. The Goethe series also represents a departure from Warhol’s initial focus on celebrity in the form of movie stars, artists and the art adjacent, and musicians. While Goethe was certainly an artist, being a celebrated playwright and novelist, he was additionally a very influential thinker. This positions Warhol’s Goethe closer to the artist’s Ten Portraits of Jews of the Twentieth Century, a close antecedent that premiered two years prior.

Warhol was reportedly inspired by a trip to Frankfurt’s legendary Städel Museum, where he came across a depiction of Goethe by painter Johann Heinrich Wilhelm Tischbein. That painting, among the most famous of Goethe, shows him reclining on granite blocks, surrounded by ruins of ancient Rome and draped in a duster coat and wide-brimmed coat. Warhol took a detail of this work, cropping Goethe down to his head and shoulders, creating a headshot of sorts. One might wonder why Warhol chose Goethe of all people. He was certainly one of the least contemporary figures Warhol had painted up until that point. The answer might lie in the two domains of playfulness and reverence.

The playfulness of the portfolio is marked by bold color choices. In the first of the series (Goethe 270), Pantone pink ensconces the deep, shadowed blues of Goethe’s face, while splotches of bright red and earthy brown fill out underneath. The red takes center stage in the next piece (Goethe 271), taking over both face and hat, leaving the rest of the space to be covered by differing hues of blue and some yellow, making it essentially a trichromatic work. However, in print three (Goethe 272) Warhol presents a paradoxically conventional departure. Instead, we get a mostly white portrait, letting the black of the screenprinted portion dominate. The present colors—the yellow of the brim and top of the hat, and the pastel green of the cravat—guide the eye toward the center and to Goethe’s lightly peach-toned face. The last Goethe (273) features a deep plum for the subject’s face with accents of red and blue, and a background of peach. Goethe himself published a highly regarded book on color theory in 1810, and one might view Warhol’s Goethe portfolio as a homage to this pioneering work.

It may also be worthy to mention the slight resemblance Goethe’s reclining form in Tischbein’s original painting bears to writer Truman Capote’s form from a publicity shot for his book, Other Voices, Other Rooms. Warhol, after seeing the somewhat scandalous photograph shortly after its release, became enamored of Capote and  eventually became friends with the author in later years.

In his Goethe series, Andy Warhol applies his modern techniques to this classic subject, based off of the painting of Goethe by Johann Heinrich Wilhelm Tischbein. Throughout the series, Warhol showcases images of Goethe that are superimposed with vibrant colors. This contrast between classic images and new-age colors is a staple of Warhol’s work. Warhol’s obsession with celebrity is also a trademark evident in the Goethe series, as he explores the boundaries between reverence and veneration. The Goethe complete portfolio includes FS II.270-273 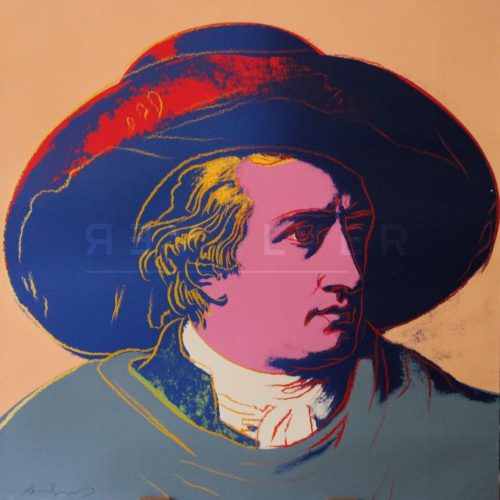 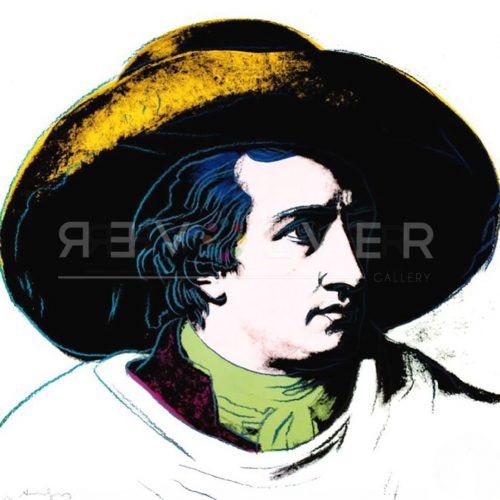 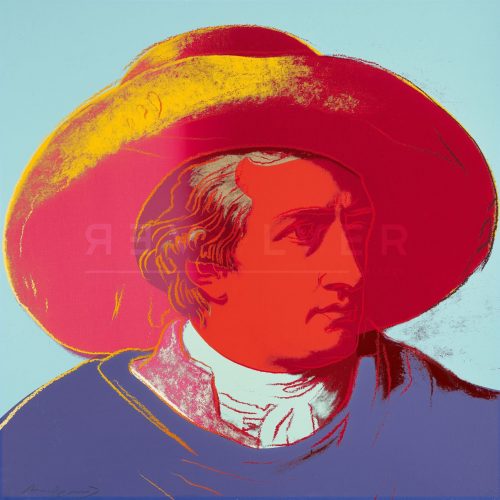 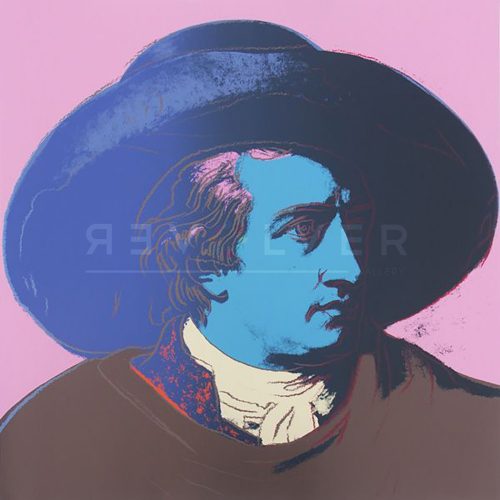 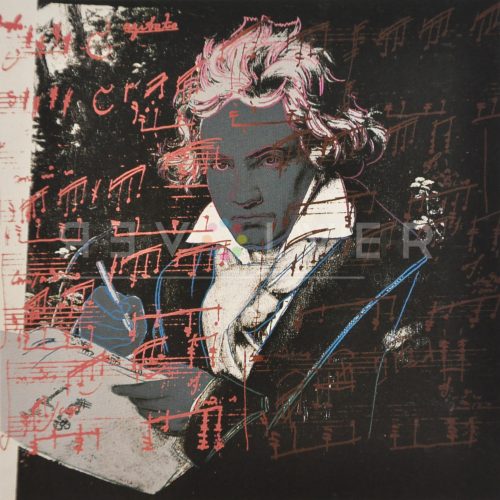 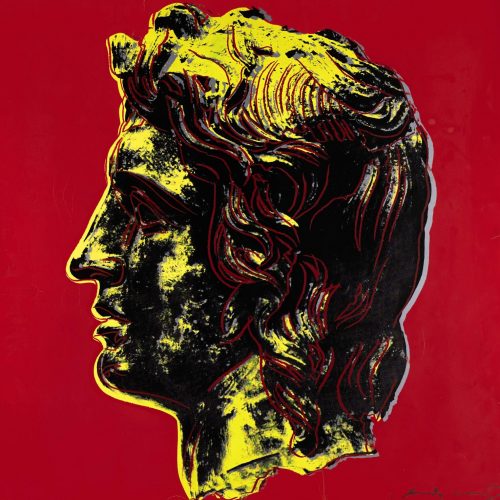 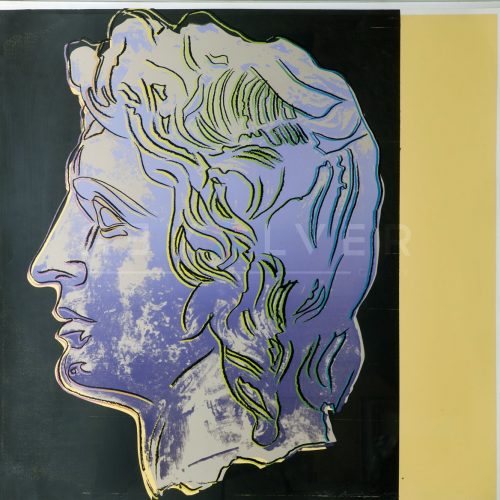 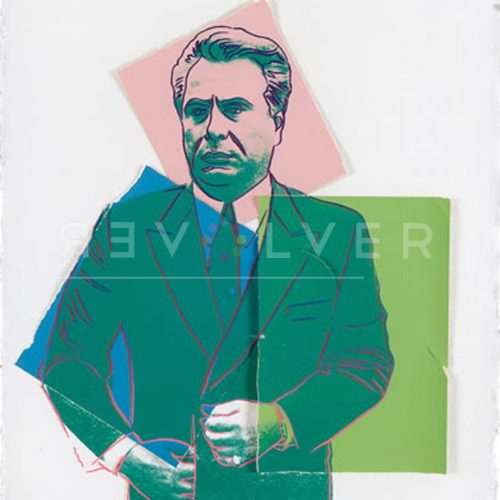