Chat with us, powered by LiveChat Hammer and Sickle Complete Portfolio - Revolver Gallery Skip to content 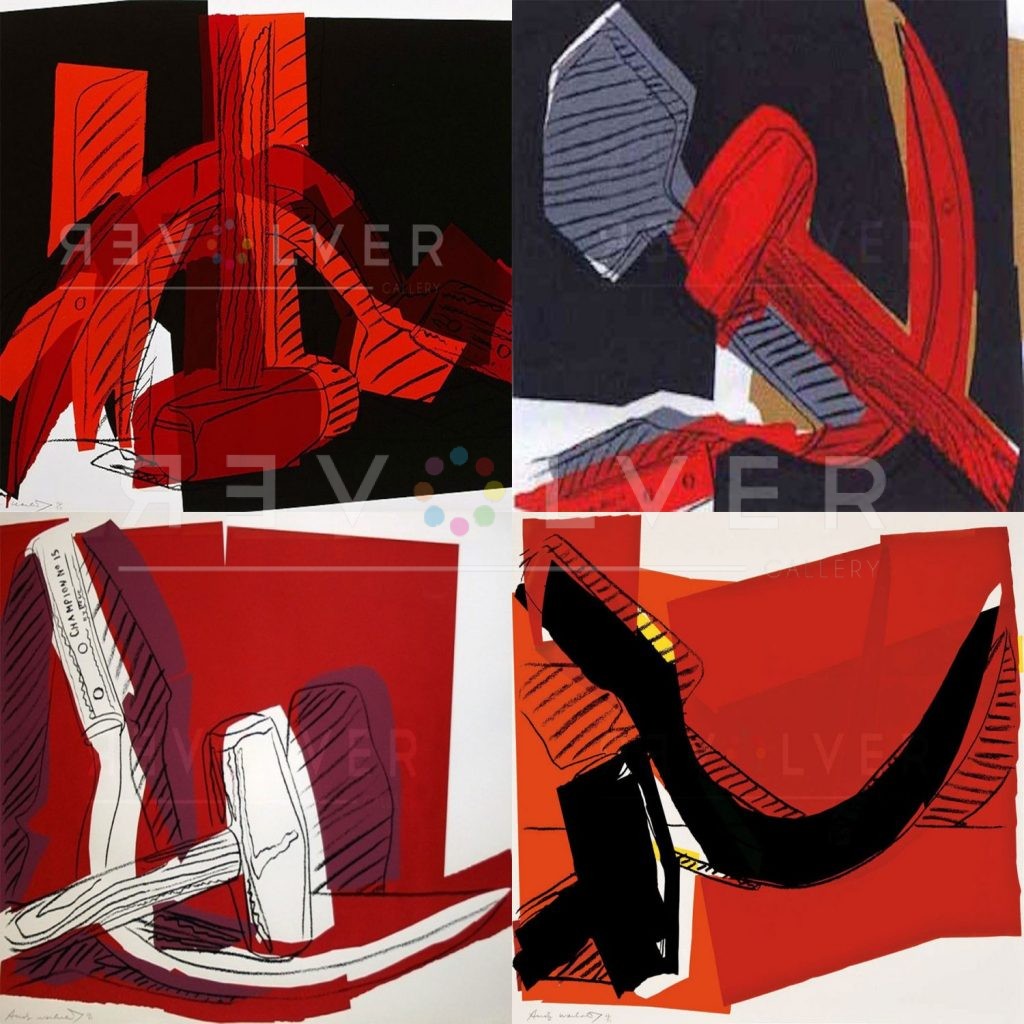 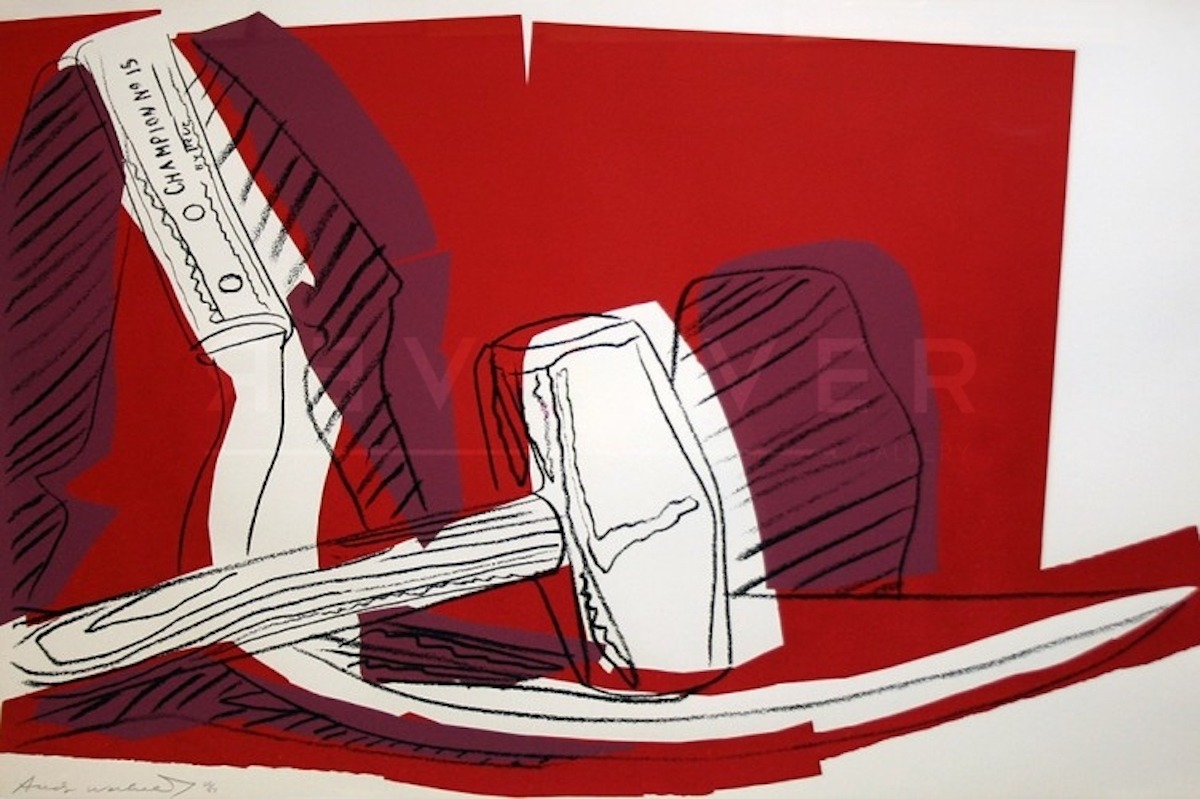 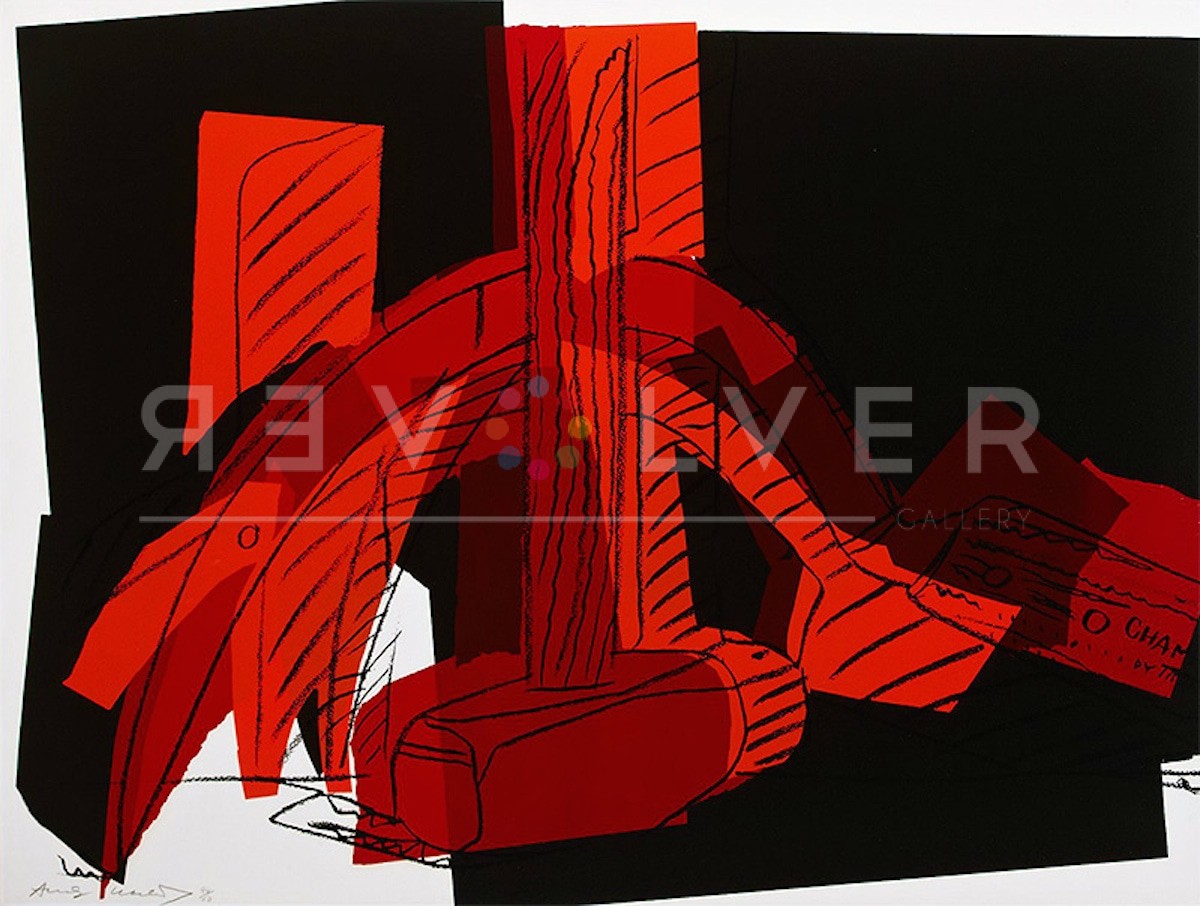 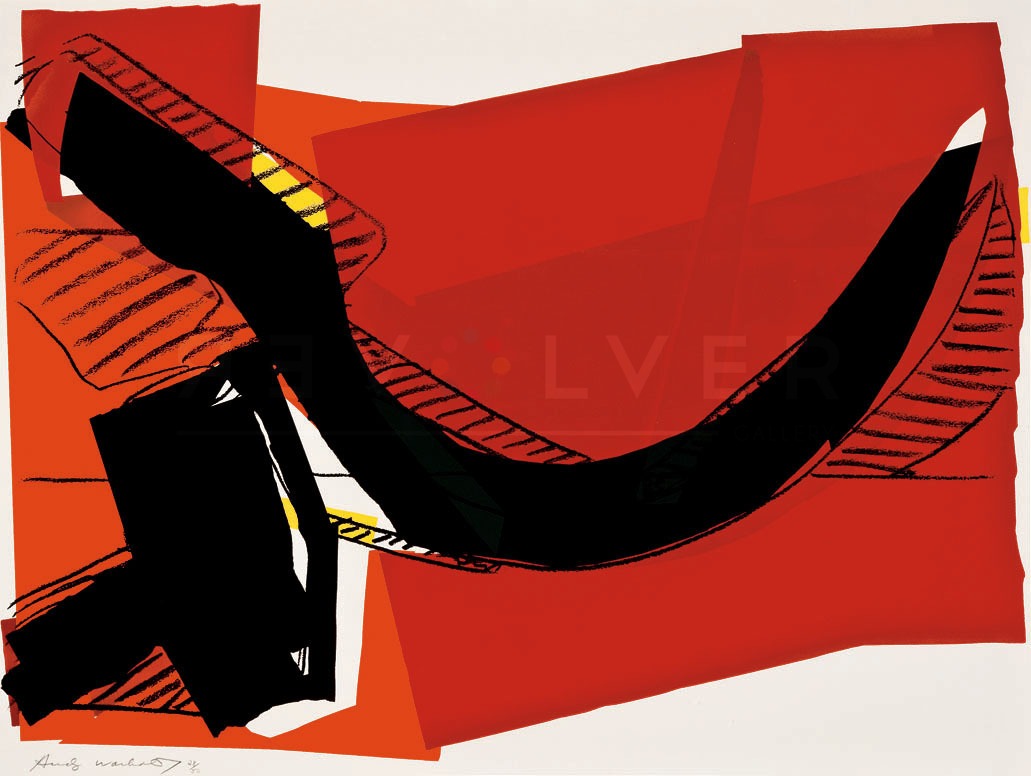 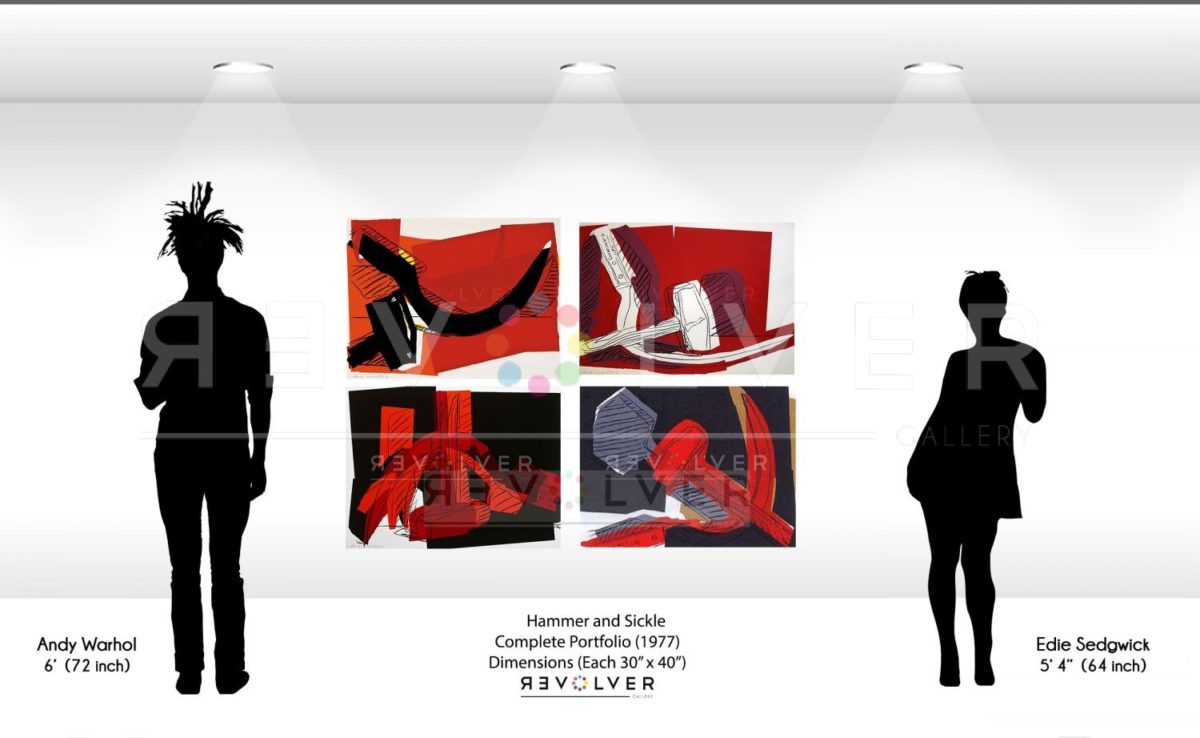 Andy Warhol was inspired to create his Hammer and Sickle complete portfolio after a trip to Italy. He took note of the omnipresent hammer and sickle graffiti that symbolized the union of industrial and farm workers under communist control. He asked his assistant, Ronnie Cutrone, to search for appropriate materials from which he could create his pieces. Cutrone purchased a hammer and sickle and photographed them in different positions, from which Warhol derived his inspiration and composition. For the majority of the portfolio, Warhol worked with a bright red to evoke the color of the communist flag and the terror it evoked.

Warhol opted to create a portfolio that depicted the hammer and sickle rather than the American flag to emphasize the discord that took place in the middle of the Cold War. Although these prints were not meant to directly represent any political issues, he was aware of its symbolic relevance to the war. He used concepts of pop art to bring new meaning to the feared symbol of communism.

Warhol’s bold approach to addressing the political issues of the time showed that he was cognizant of political unrest and the importance of creating a statement through art. He chose the feared symbol of communism and contrasted it with the lighthearted nature of the Pop Art feel, in order to evoke satire as a personal commentary on the Cold War. Warhol’s ability to decontextualize symbols of contemporary society and re-introduce them within an aesthetic framework was a fundamental aspect that aided his popularity. Warhol does this through the series by illustrating that there is a fine, and often blurred, line between propaganda and art. The Hammer and Sickle complete portfolio includes FS.161-164. 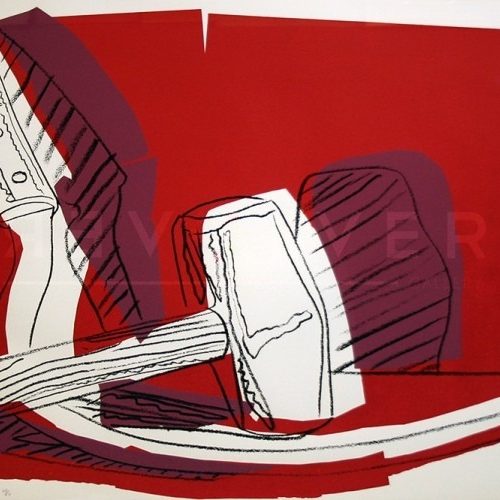 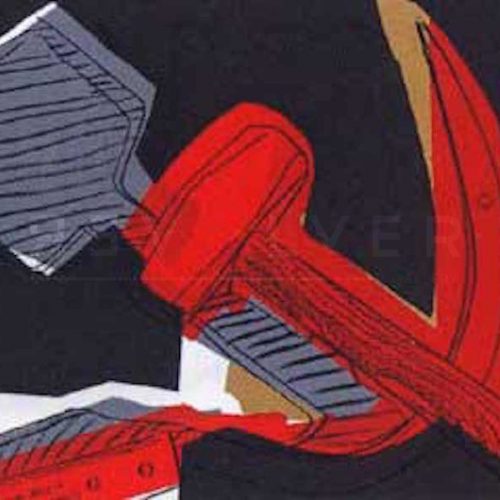 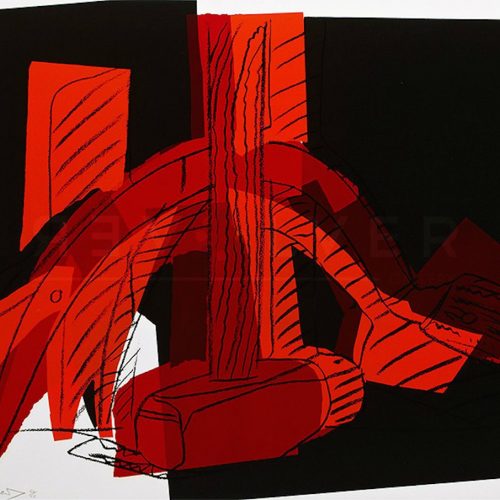 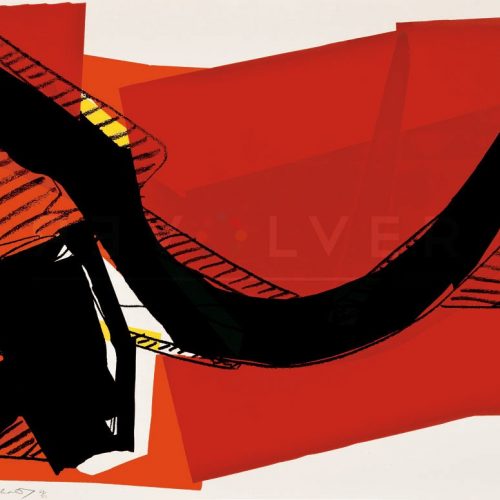