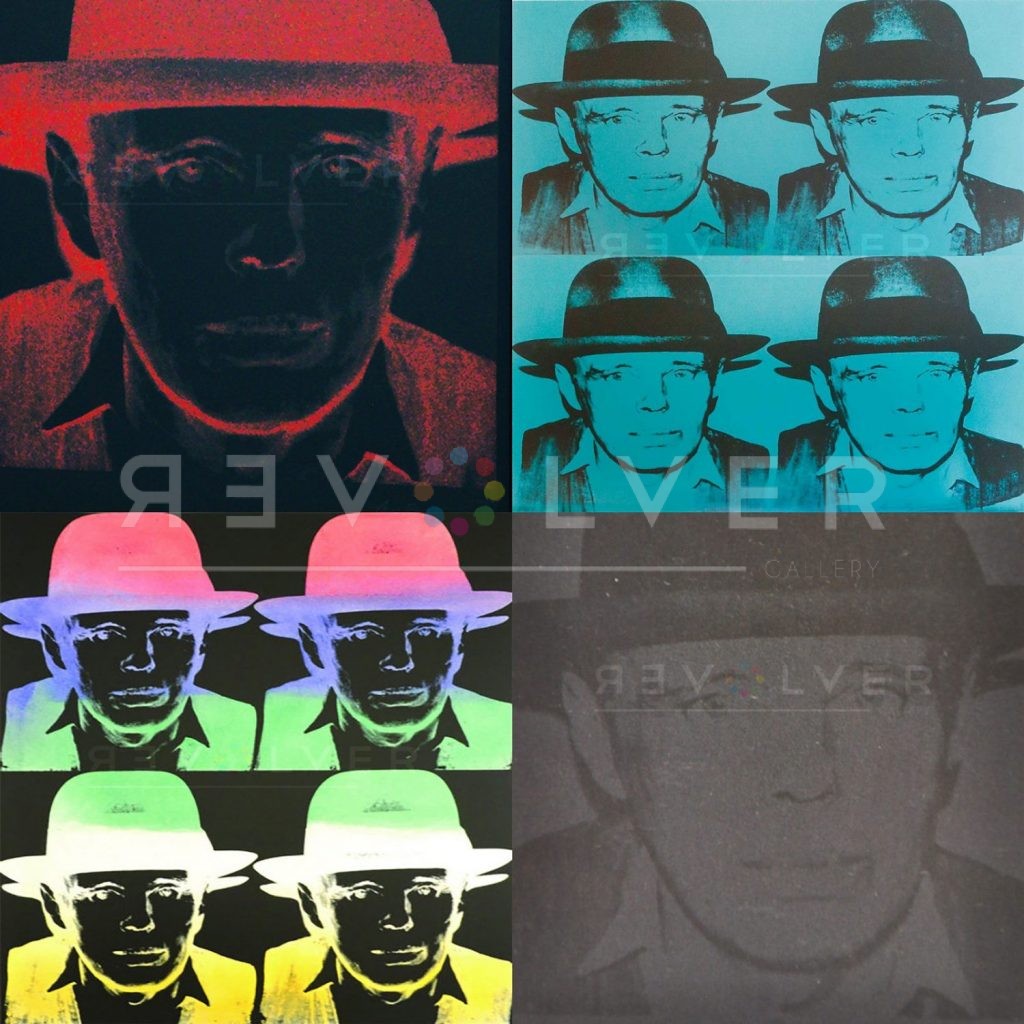 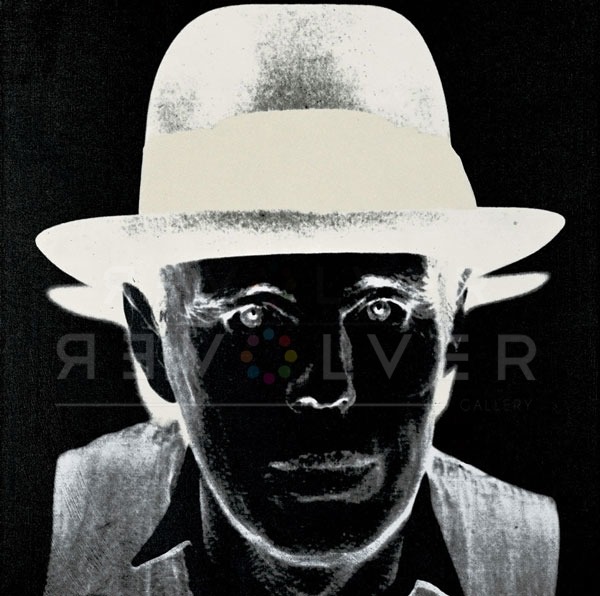 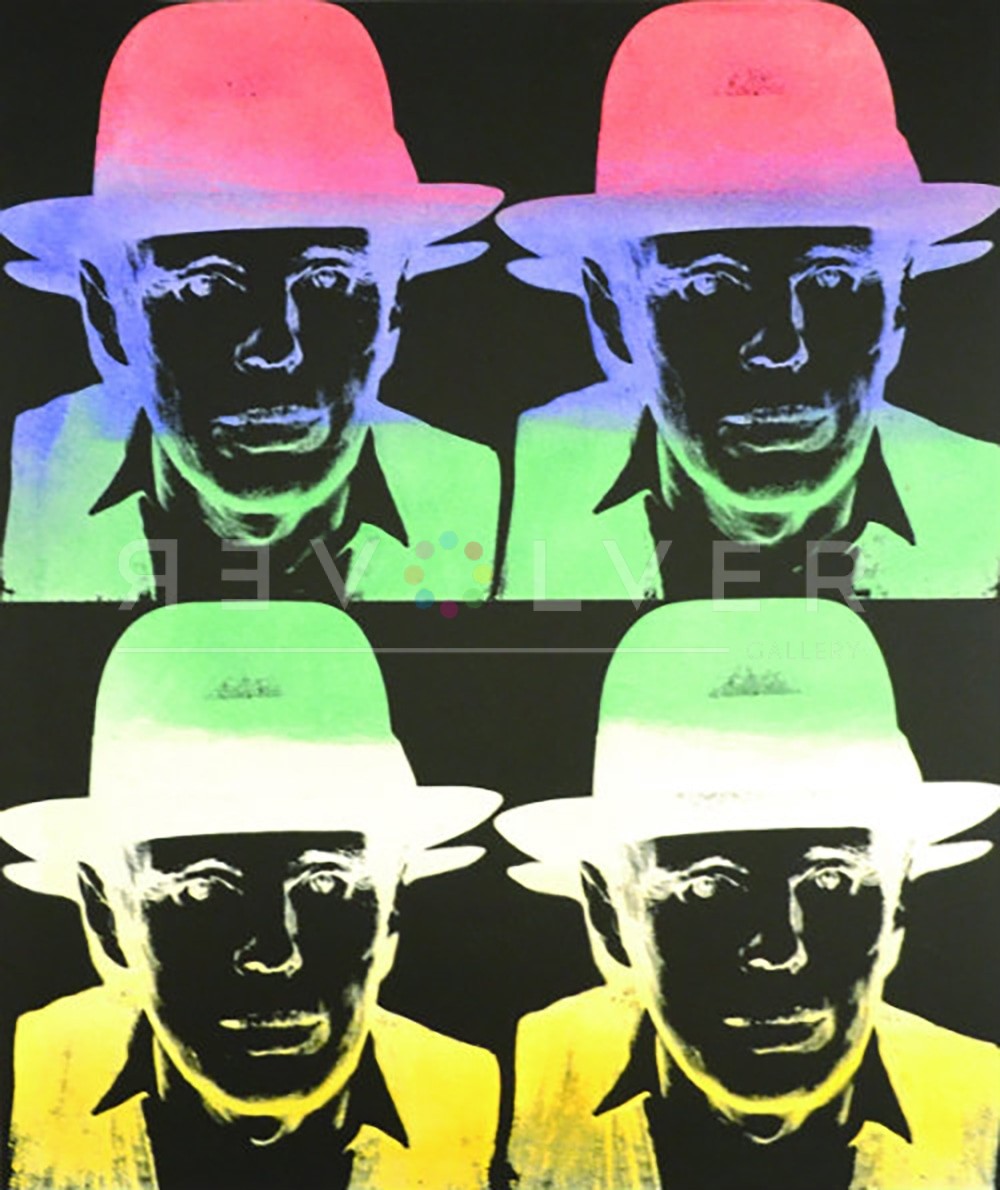 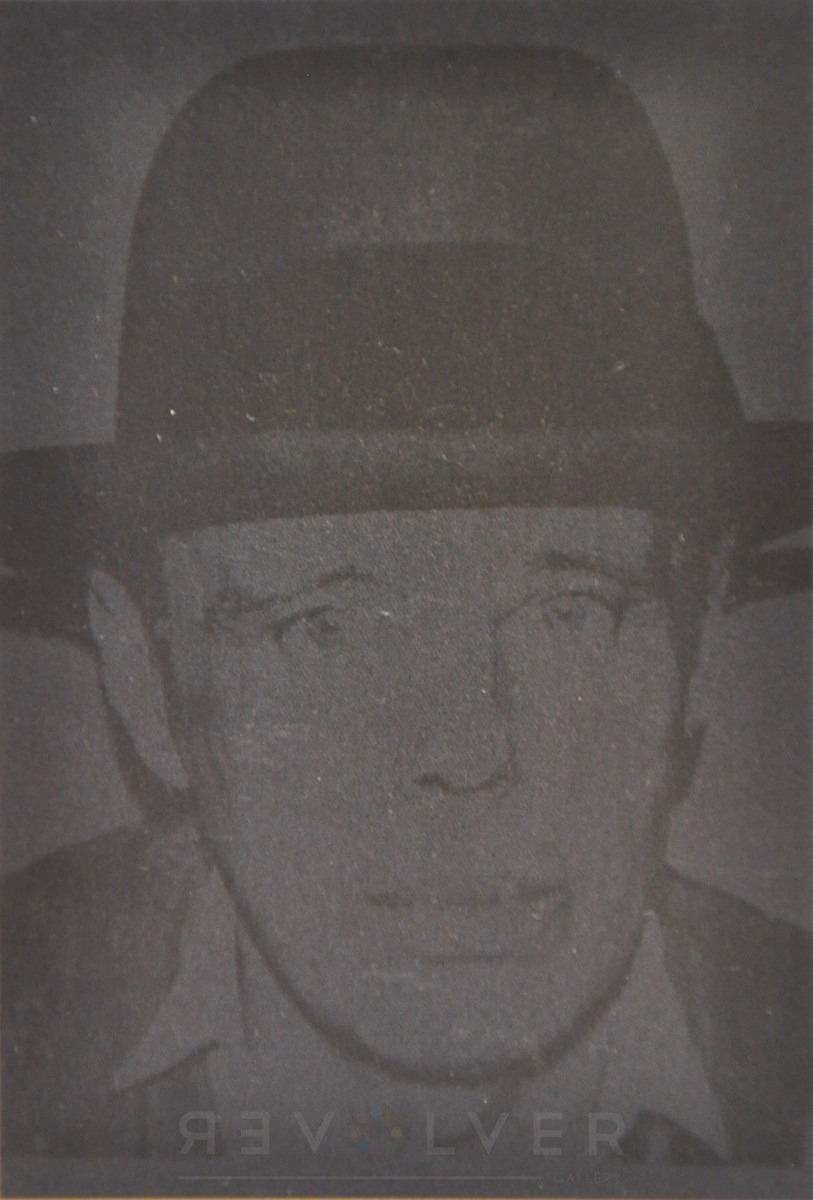 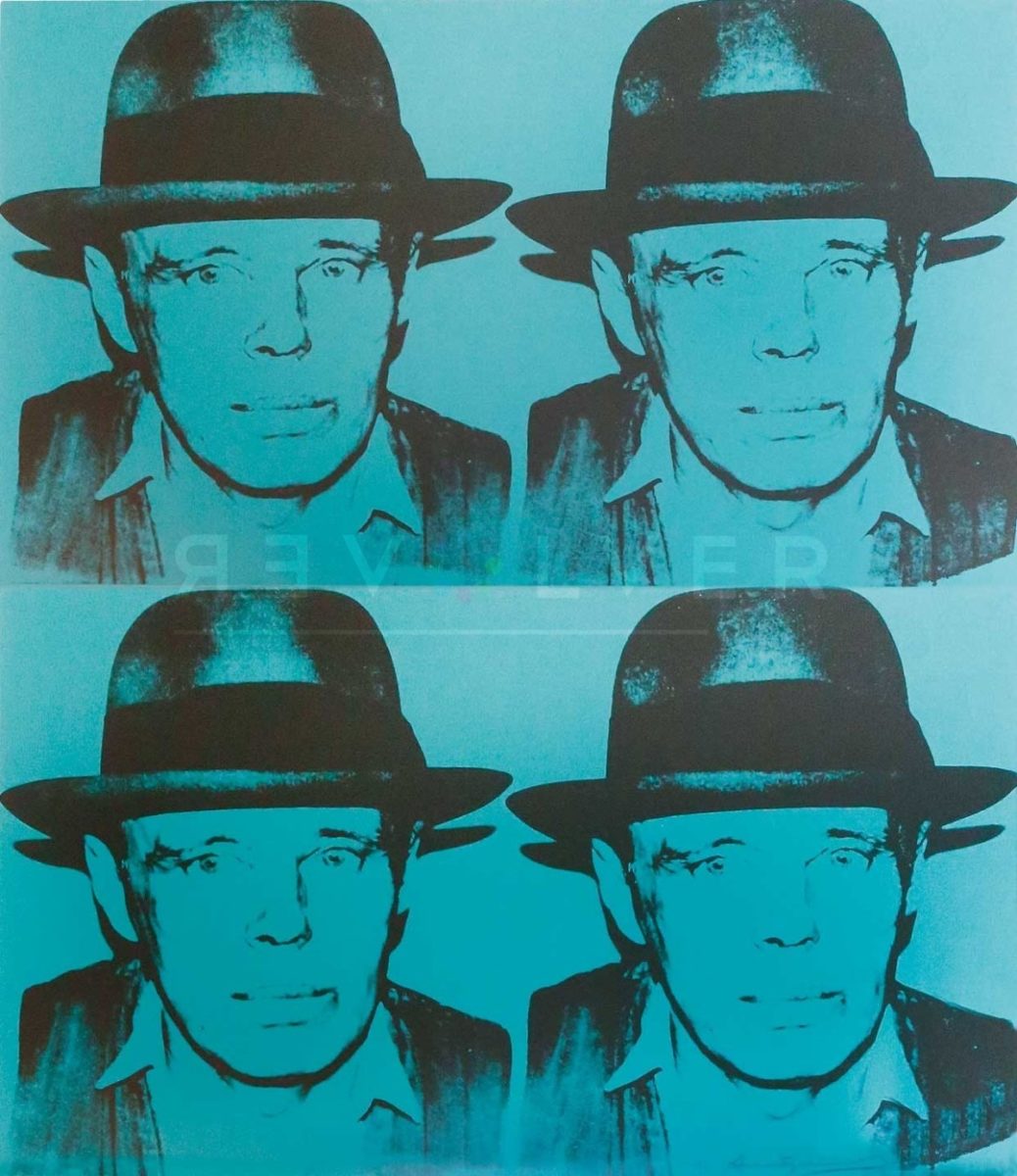 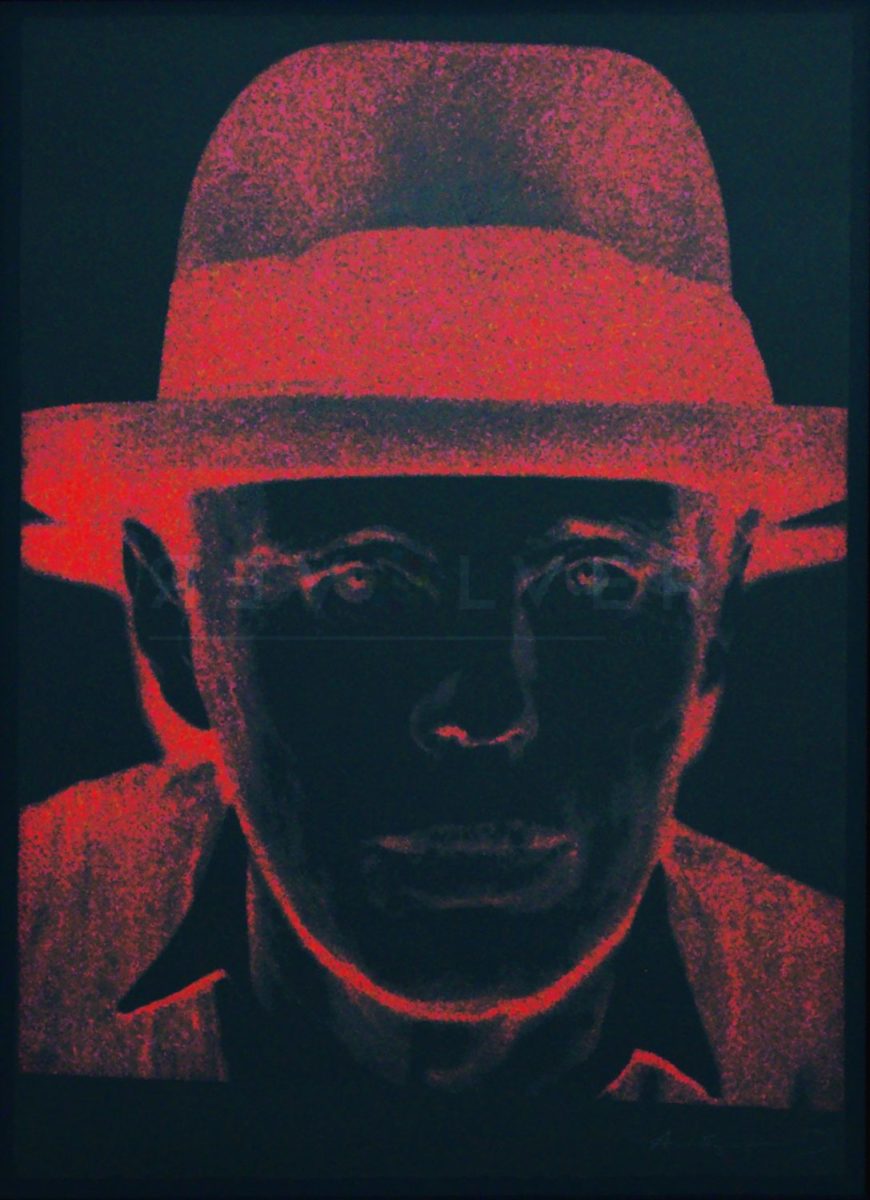 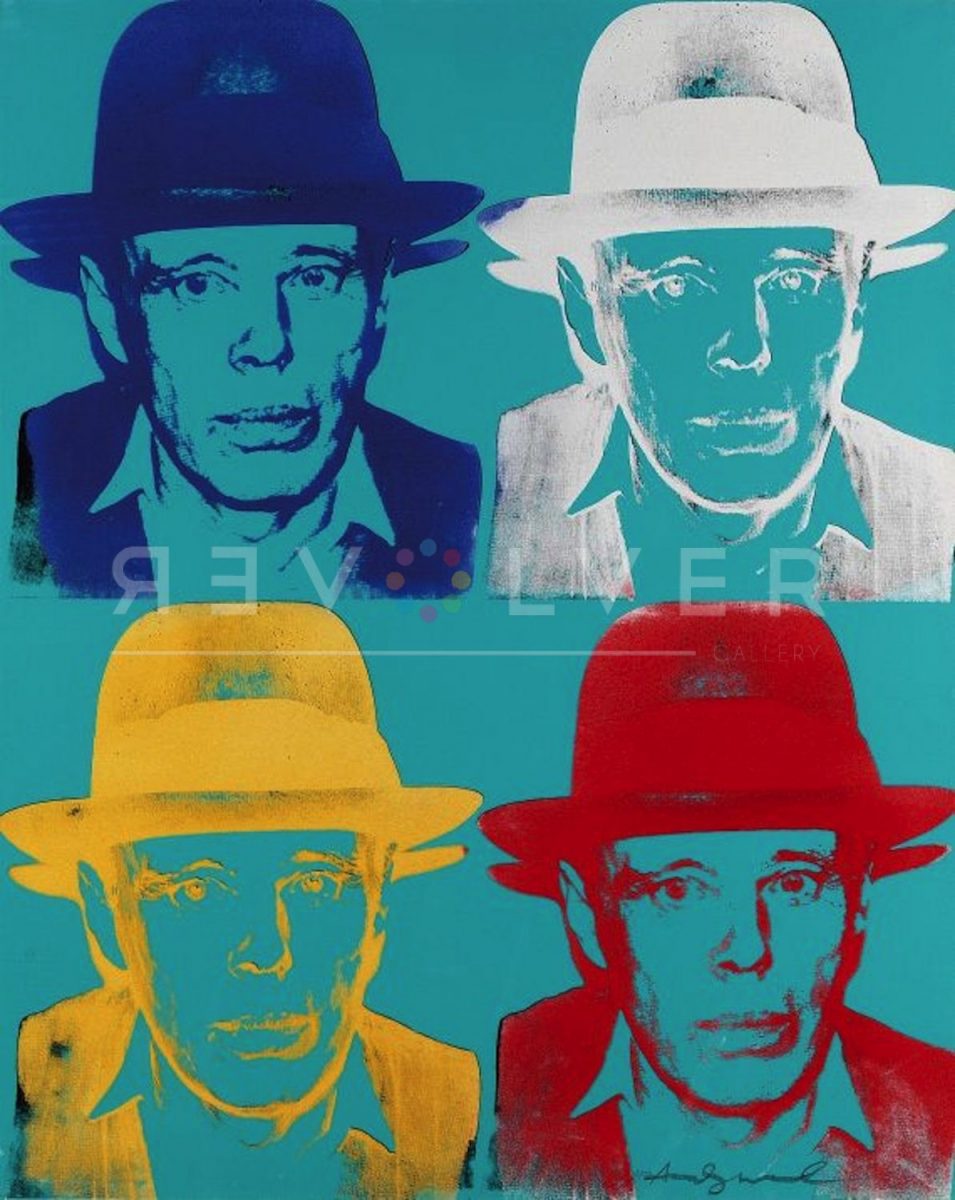 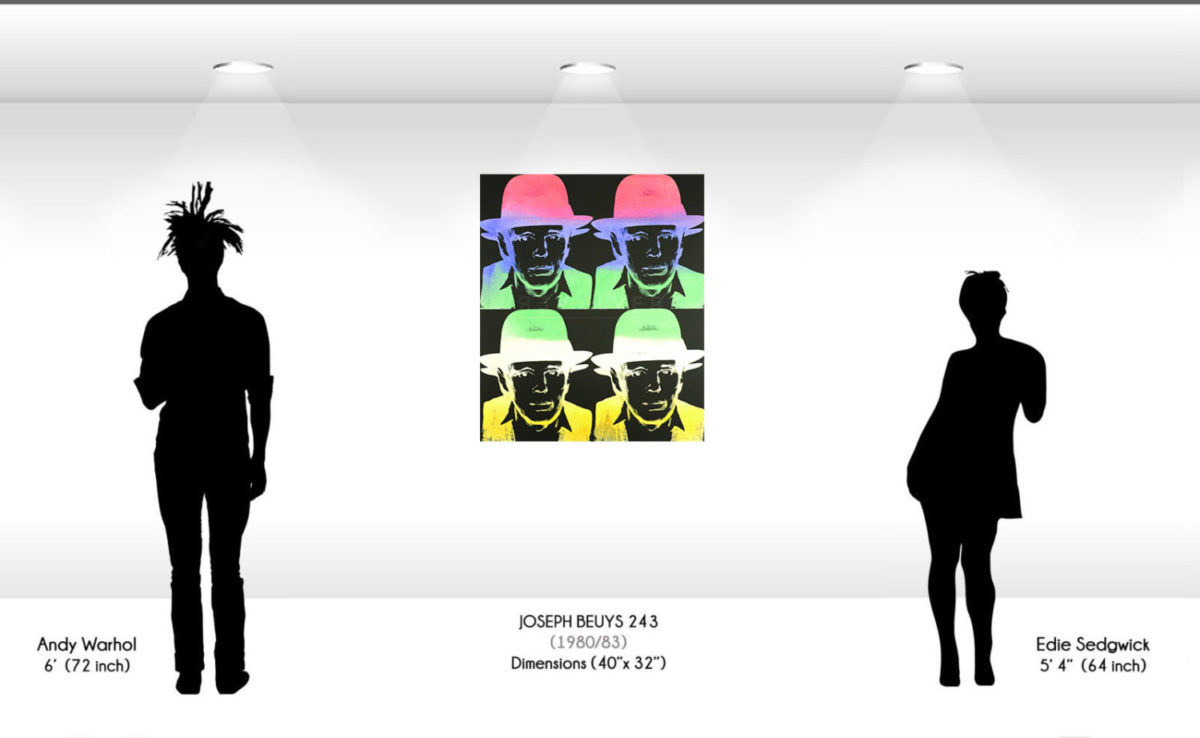 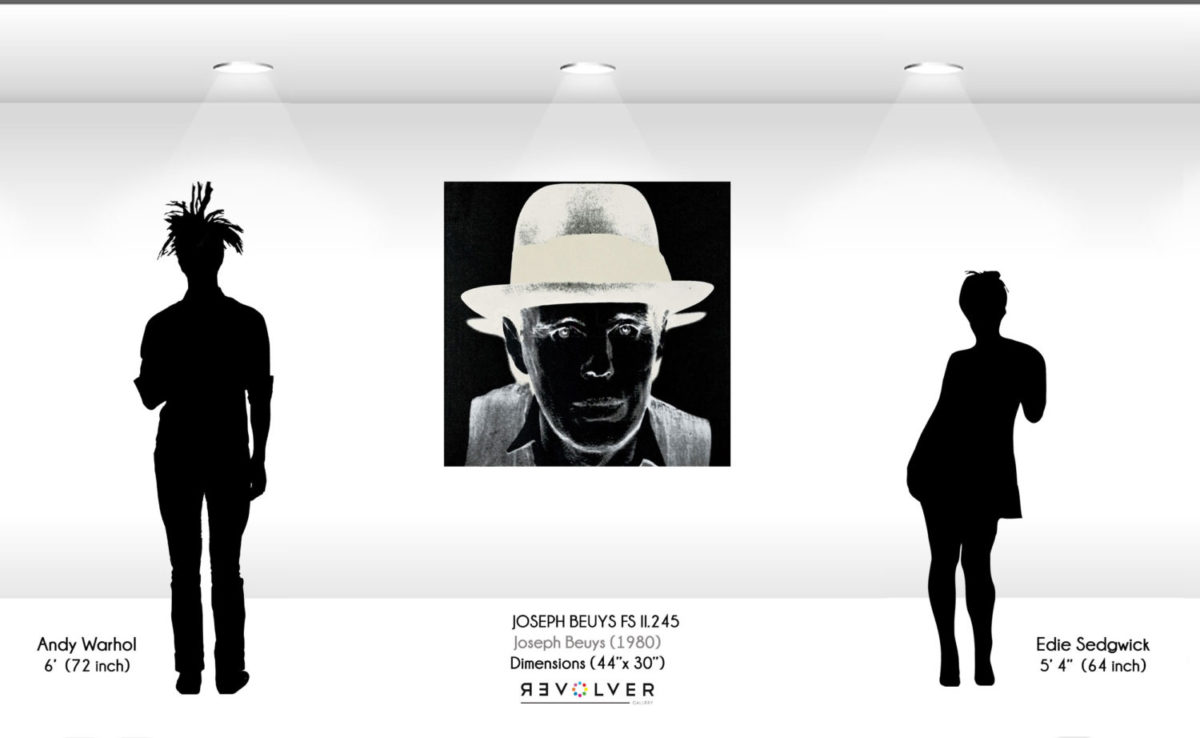 Andy Warhol’s Joseph Beuys complete portfolio is a series of works that Warhol produced between 1980 and 1983. It consists of multiple portraits of the 20th century radical German art figure, Joseph Beuys, whom Warhol met a few times, most notably in 1979. What started as a casual Polaroid snapped by Warhol during their initial meeting in a Dusseldorf art gallery eventually became one of the more notable, albeit understated, works of portraiture of Warhol’s late career.

The coming together of Warhol and Beuys was perhaps both unpredictable and inevitable. At the time of their meeting, both artists were highly controversial and influential avatars of their respective countries, figures that readily came to mind when discussing the bleeding edge of American and German contemporary art. Warhol was more than a decade past Valerie Solanas’ failed assassination attempt, therefore marking ten years into a period some critics deemed inferior to what had been construed as his 60s peak. Beuys was navigating a mixed reception even in his home country, carrying the baggage of his academic controversies and his ardent political work.

Regardless of their critics, both artists represented a sea change in modern (and post-modern) art. Warhol, and Pop Art as a whole, had recaptured representational art, a temporary casualty during art’s embrace of Abstract Expressionism, turning the artistic eye on both the mundane, everyday world of mass-produced consumerist goods and the antipode of celebrity culture. Beuys sought to overturn the conception of what “art” even constituted, not seeing it as a strict, intellectually rigid set of techniques and approaches but as almost anything, famously stating that “everyone is an artist.”

For such a seemingly monumental meeting of era-defining artists, Warhol’s depictions of Beuys can appear quite muted. The portfolio, which actually consists of two sets of three works, lacks the hectic and striking color-work of both his Ten Portraits of Jews of the Twentieth Century from the same year, and his Goethe portfolio – coincidentally a work based on another highly influential and provocative German artist—that would follow two years later. From a formalist approach, Warhol’s prints of Joseph Beuys more closely resemble his 1980 Shoes series, in regards to technique and color.

The first half of Warhol’s Joseph Beuys complete portfolio contains three prints that exist as different “states,” a printmaking term used to denote when permanent changes are made to a source, such as a copper plate, between copies made from that source. The use of referring to them as states, however, also fits nicely within Beuys’ own philosophy on art, which considered art to not necessarily be a static and fixed thing. These works—Joseph Beuys 242, 243, and 244—follow the same general template, with four screen printed portraits of Beuys on a single canvas. The colors of these portraits are sometimes inverted, giving them an otherworldly appearance. This is appropriate for someone like Beuys, whose ideas may seem alien to some. Prints 245, 246, and 247 use inverted portraits as well, but only a single one as opposed to a quadrant. The first and last among these incorporate diamond dust, a novelty for Warhol at the time, and a precursor to his aforementioned Shoes series.

Video: Joseph Beuys – How to Explain Pictures to a Dead Hair (1965, at the Galerie Schmela in Düsseldorf).

While they were never said to be close friends, Warhol and Beuys admired each other greatly as artists. He spoke often of the healing capabilities of art and the wonders of human creativity. Their artistic styles varied greatly, but they are often associated together because they both create works focused on popular images in the media. 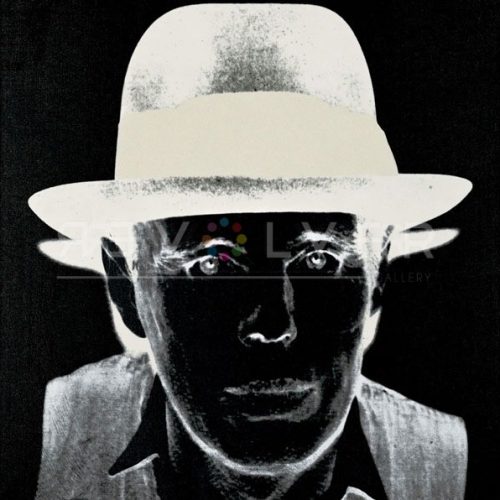 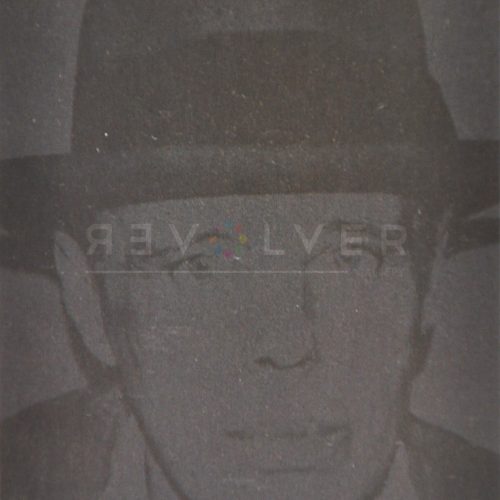 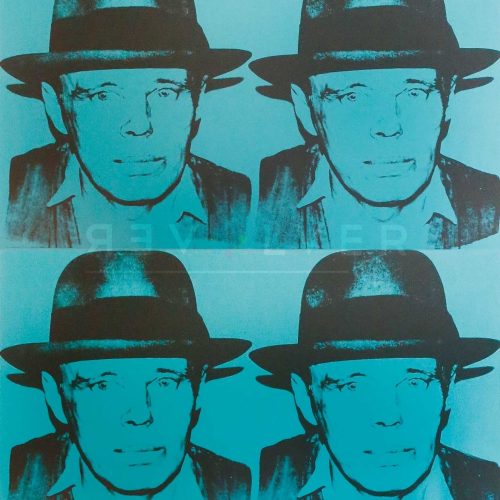 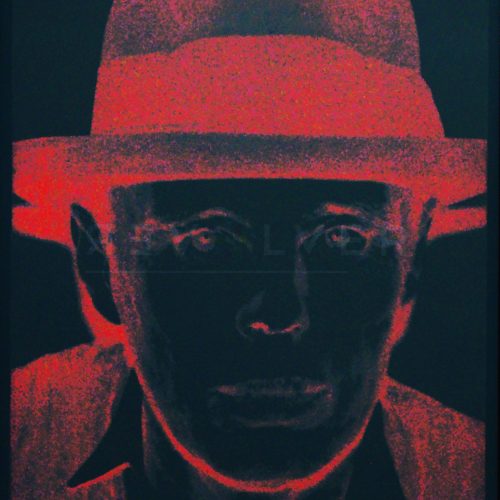 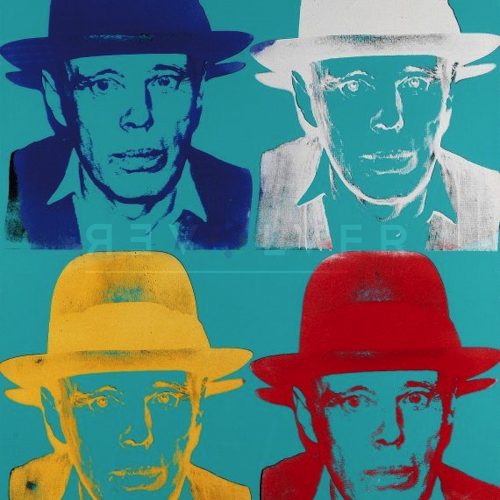 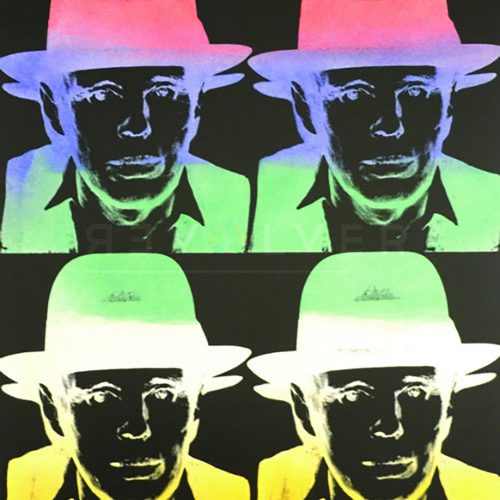 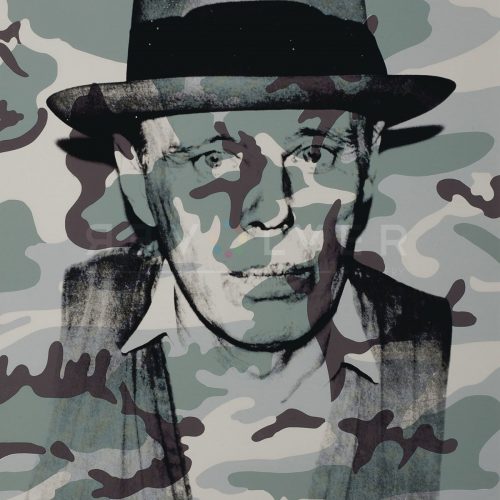