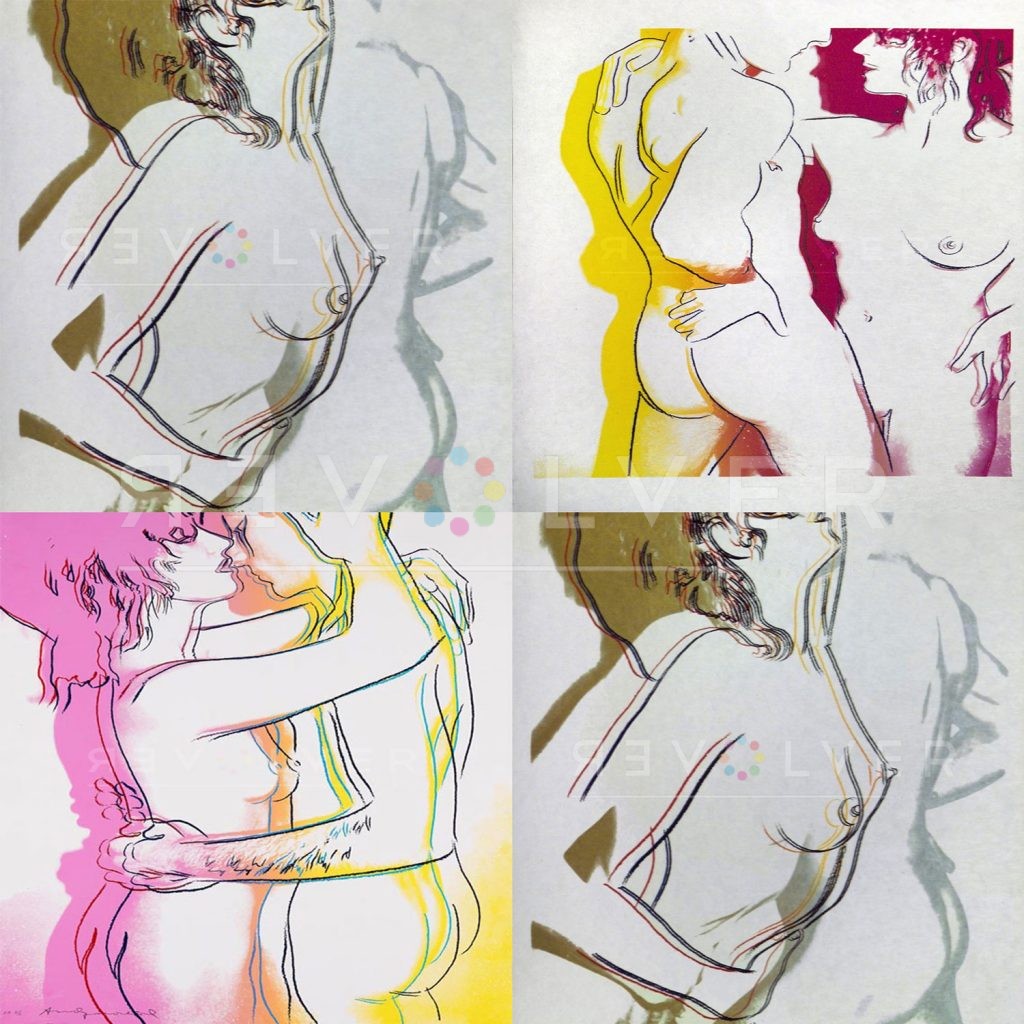 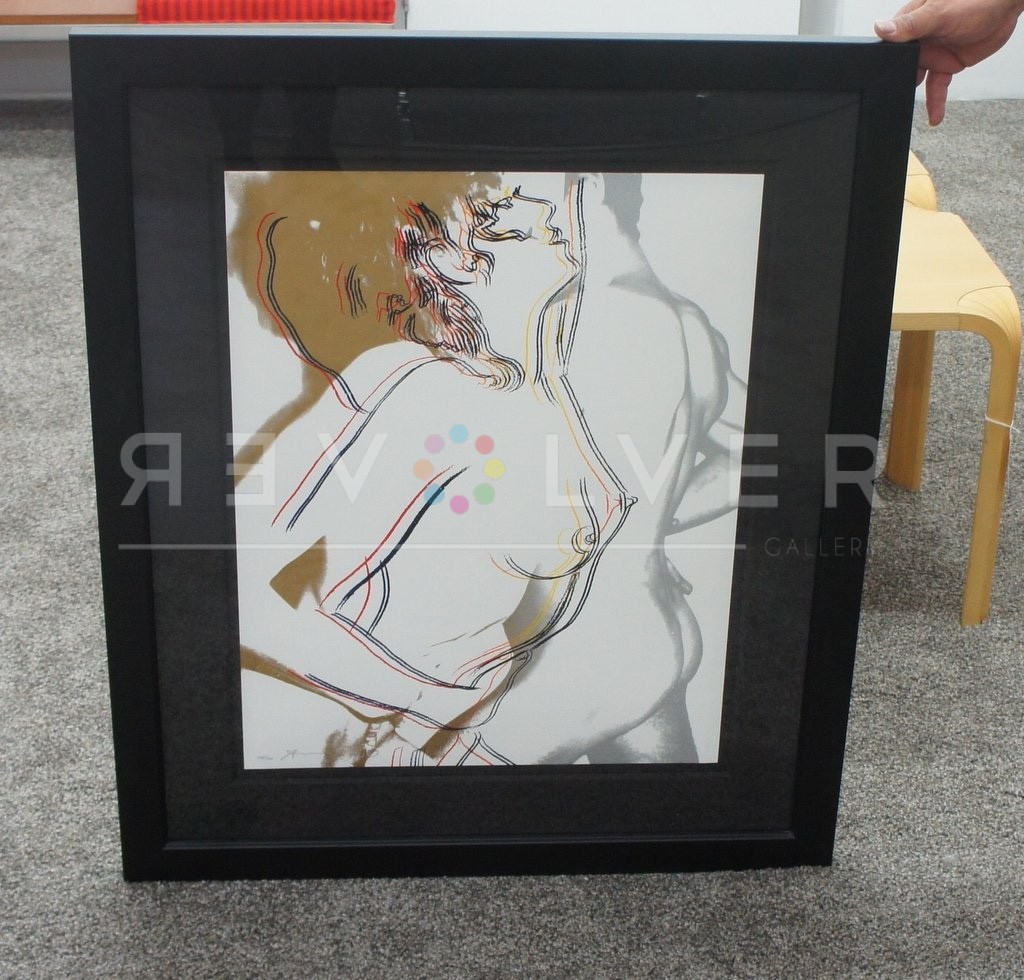 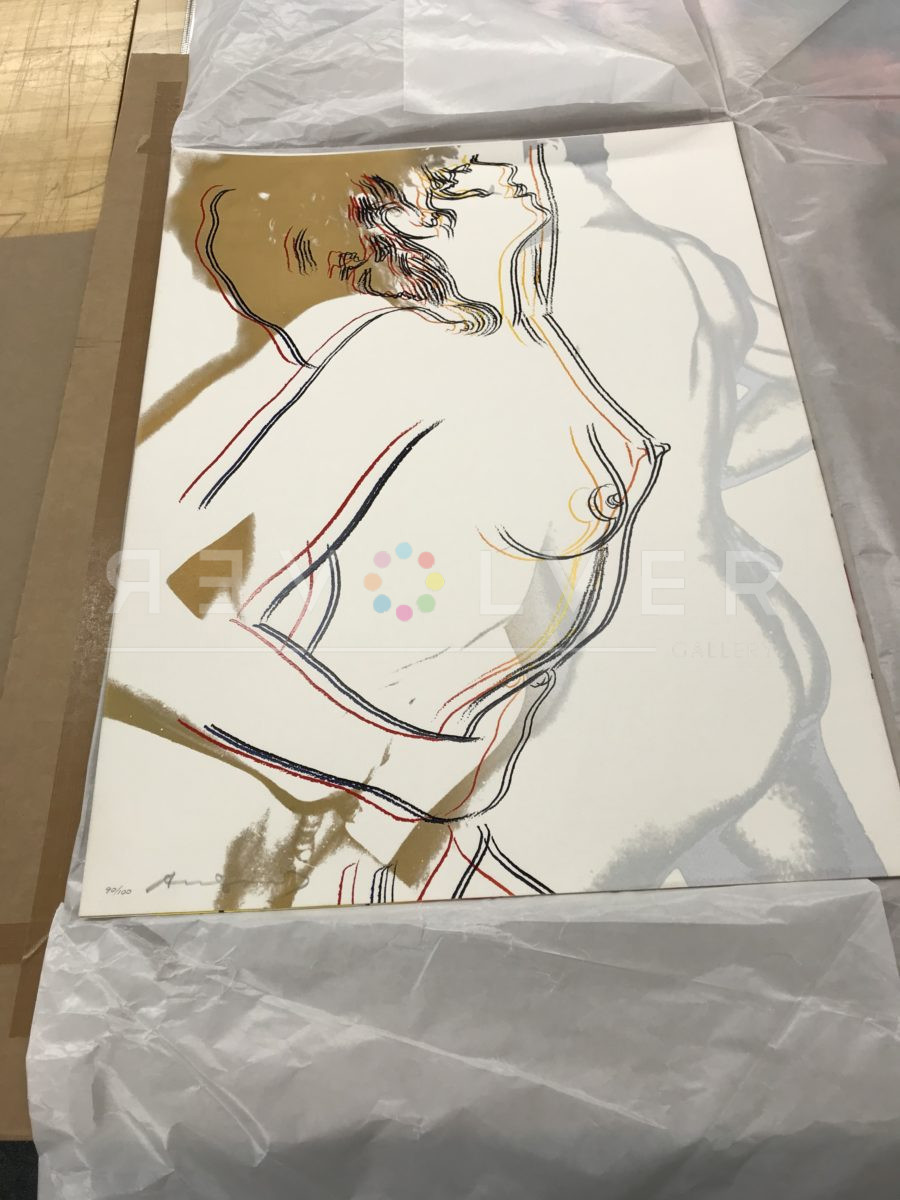 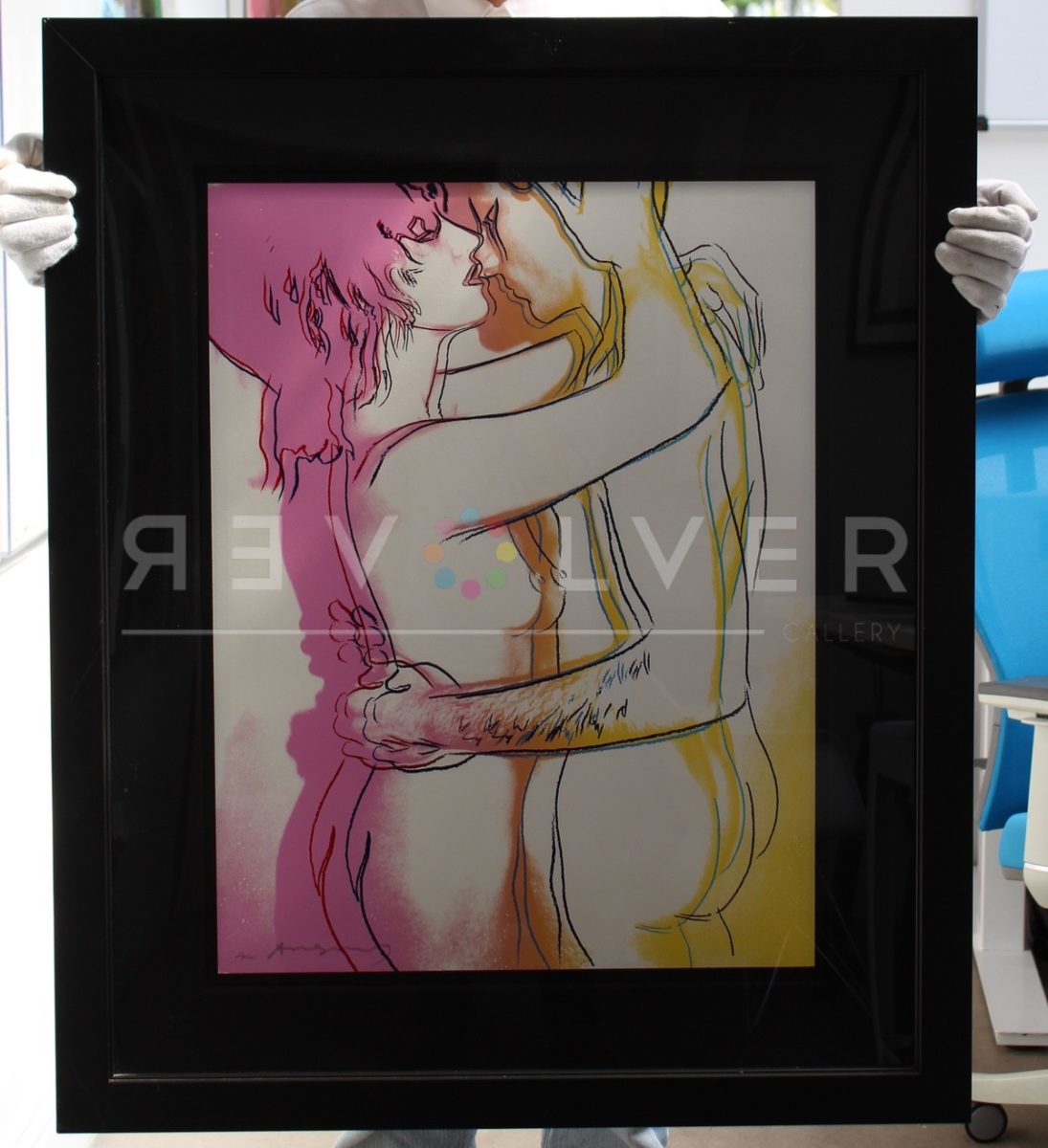 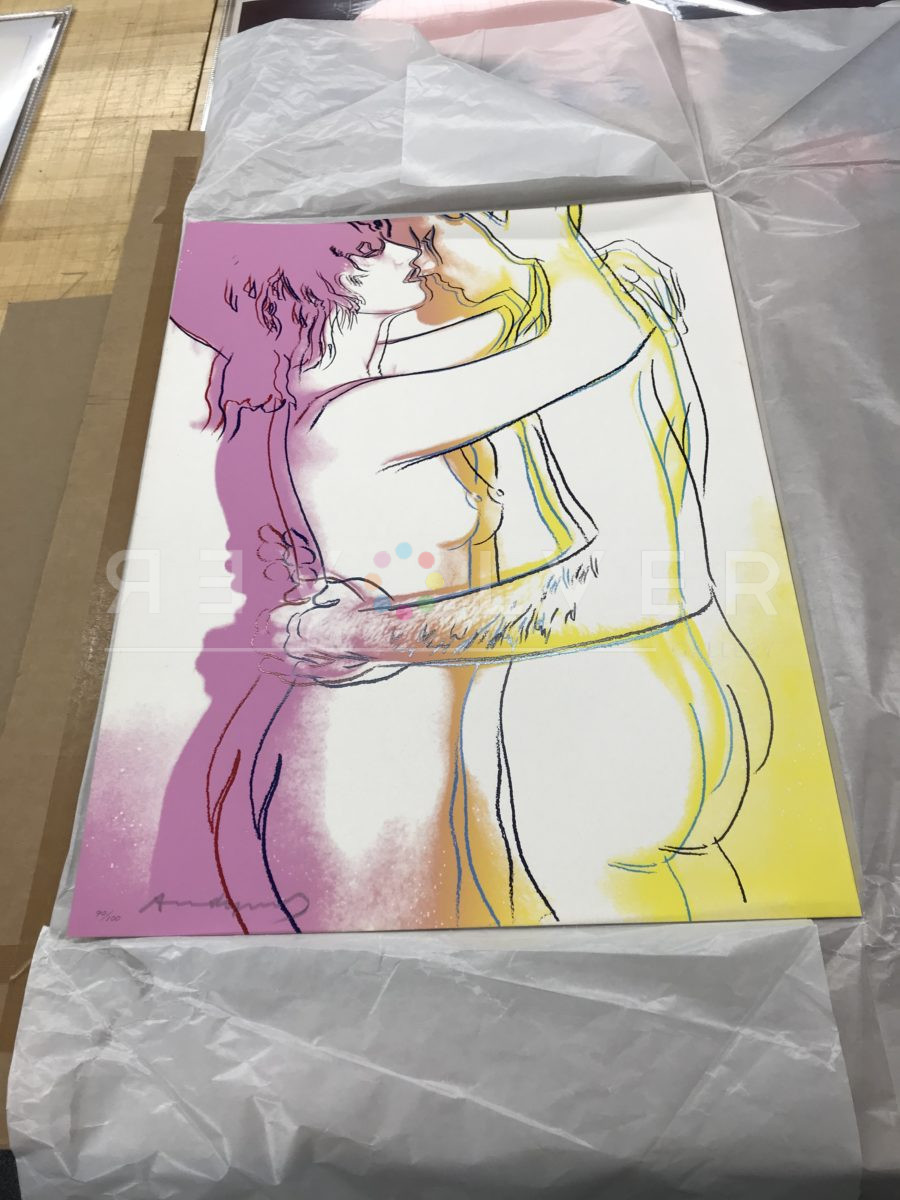 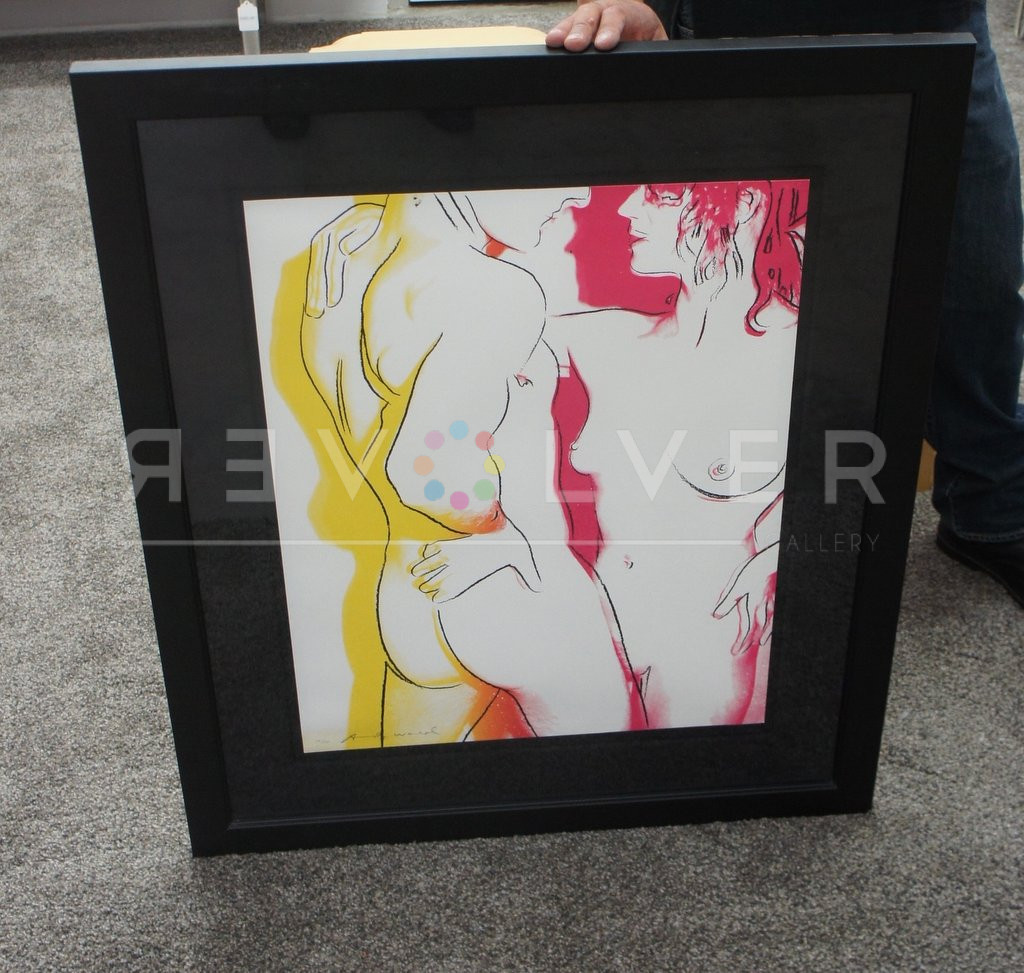 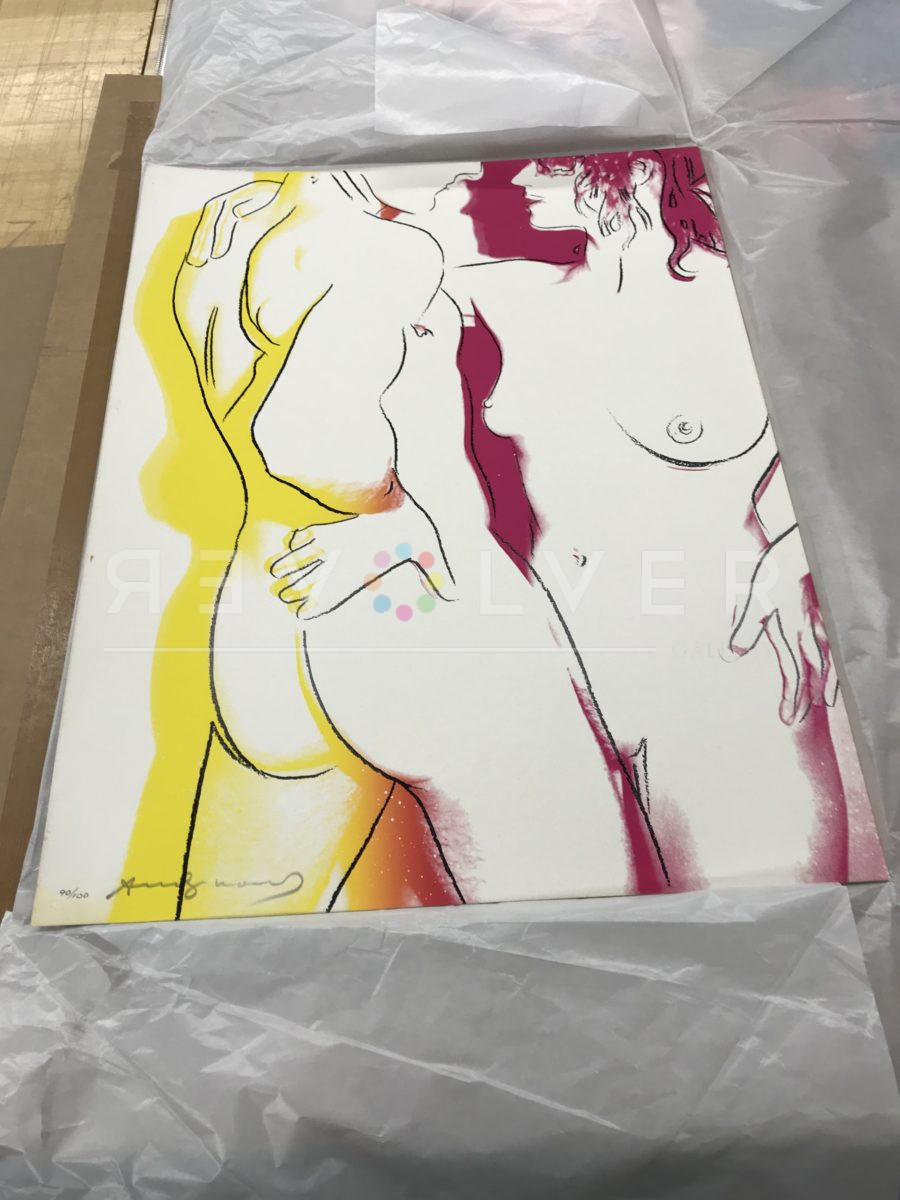 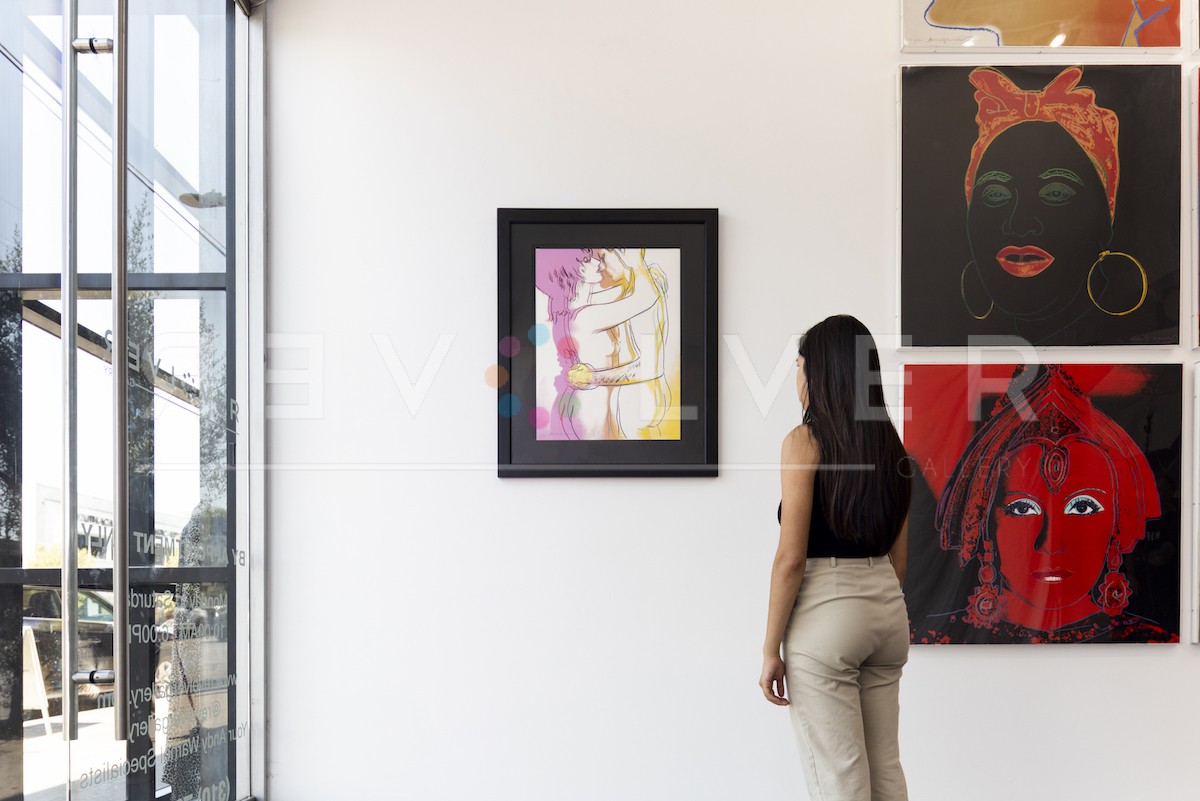 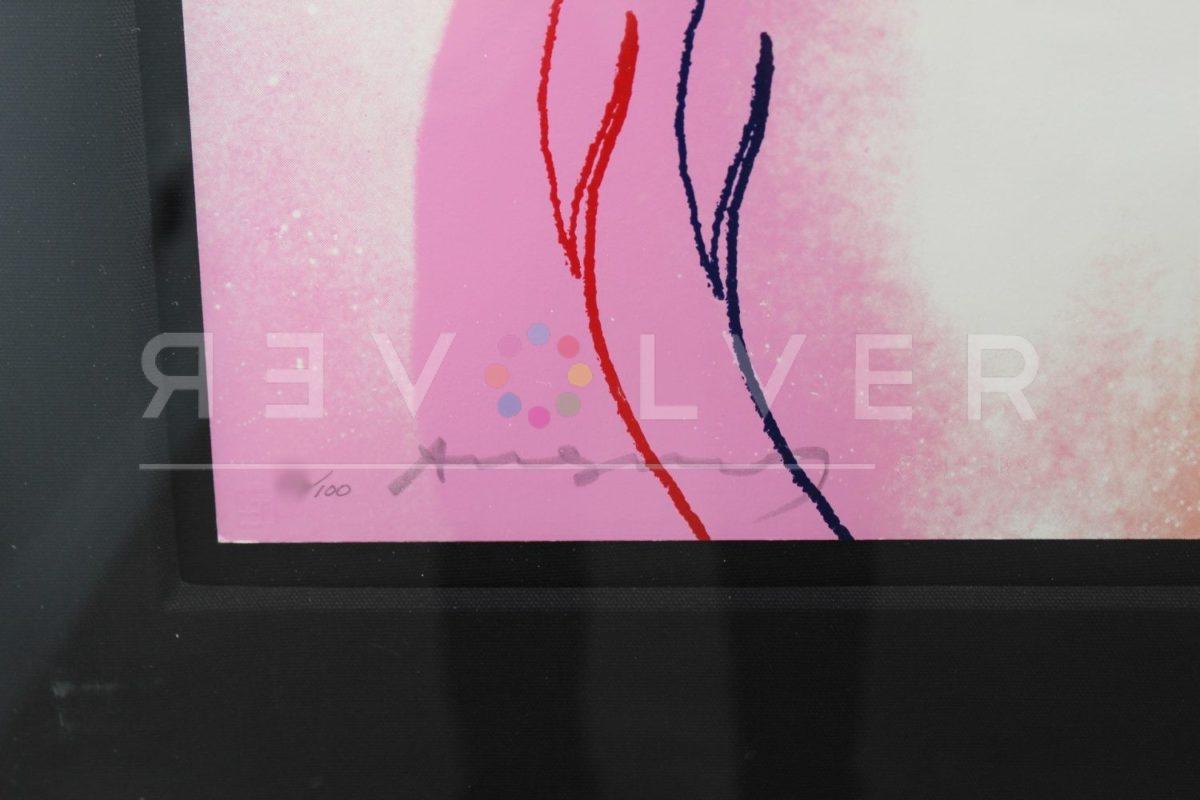 Andy Warhol published his Love complete portfolio in 1983. In this three-part series, Warhol masterfully visualizes the ecstasy of love, physical affection, and sexual desire. Each print includes a nude couple embracing in different positions. With the Love complete portfolio, Warhol emphasizes the romantic nature of the act, reflecting the emotional nature of desire rather than displaying such a scene for its pornographic qualities (the latter being more much more prelevant in his Sex Parts series).

The prints emblazon each lover with an aura of bright shading, which adds a supernatural quality to the work. In the excitement of Love 312, we see each lovers’ aura converge in the center, depicting a heightened spiritual and physical connection between them, adding to the vibrational nature of the piece. In Love 310, Warhol emphasizes the female in the foreground, while Love 311 depicts each lover with bright red and yellow colors that sharply contrast the white background.

While Warhol always seemed to remain less interested in sex (and love) than the average person, this attitude of his could be interpreted in multiple ways. Although he claimed to be a virgin at 52 years old (which, it turns out, wasn’t true), and wasn’t known to date very often, he definitely had his own admiration for the concept. He once said that sex is far more interesting “on the screen” than in real life. His movies reflect this more than anything, as they were often filled with erotic content. Works like Love 311 and Sex Parts also echo the notion of Warhol’s interest in the theatrics of love, rather than the lived experience of it. One might say that Warhol held admiration (perhaps even an obsession) for love and sex, but only from a safe distance.

In 1983, Andy Warhol created his Love series, which includes a portfolio of three screenprints on Rives BFK paper. Each screen print depicts a nude couple embracing one another in a different position. The sequence of images seemingly implies a narrative, as if each image represents a different movement leading up to sexual intercourse. While the images are characterized by passion, lust and sexuality, they are not as much pornographic as they are romantic. There is no explicit sexual acts depicted nor is an emphasis of naked sexual parts, as there is in Warhol’s 1978 Sex Parts series, which includes prints focalizing on sexual acts and male sex organs. His naming of this collection of prints as his Love series and his depiction of the couple’s full bodies rather than their body parts, also imply deeper meaning beyond sexual intercourse. The Love complete portfolio includes FS II.310-312. Revolver Gallery is also in possession of a unique print of Love 311. The black and white print obscures the bodies of the subjects, adding a layer of sensuality to the relationship between the two figures. Warhol’s subtle purple accents in this print deepen the structure of the figures and uncover the detail behind the work to the keen observer. 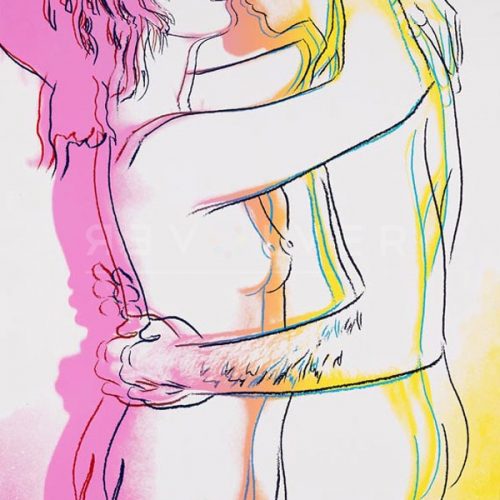 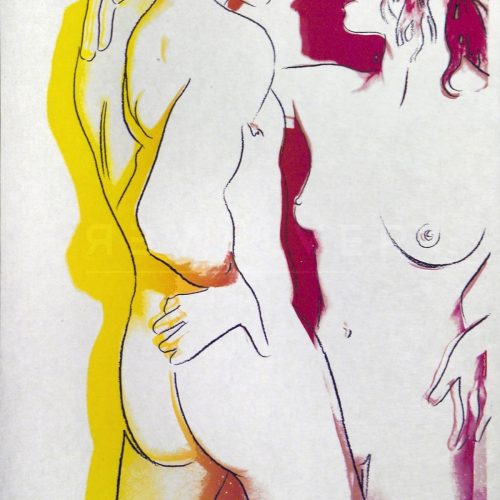 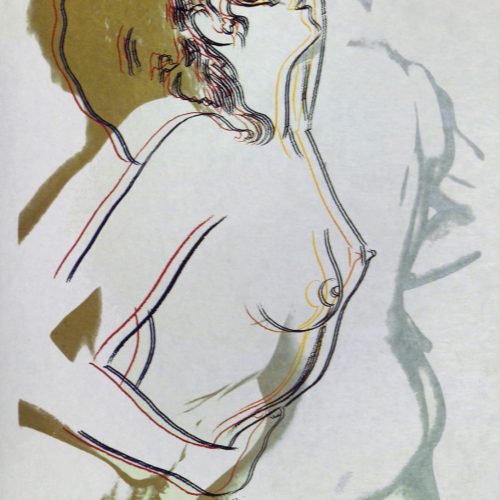 PrevPreviousIngrid Bergman, Herself 313
NextThe Only Way Out Is In IIIA.55 (Silk Scarf)Next 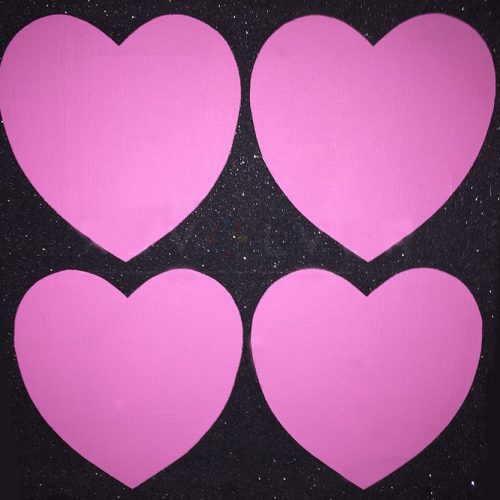 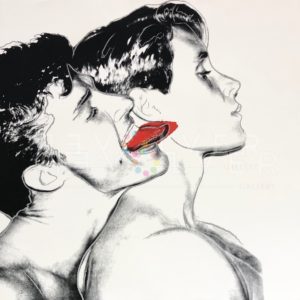 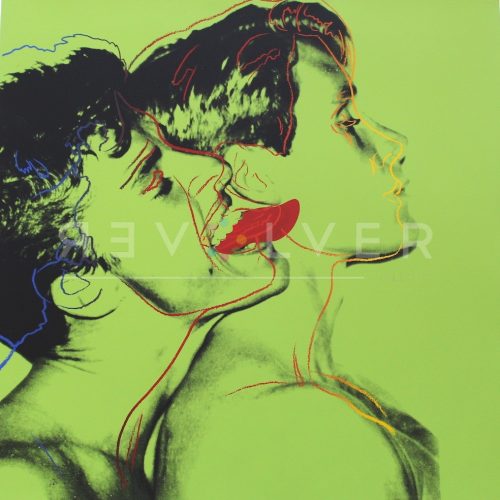 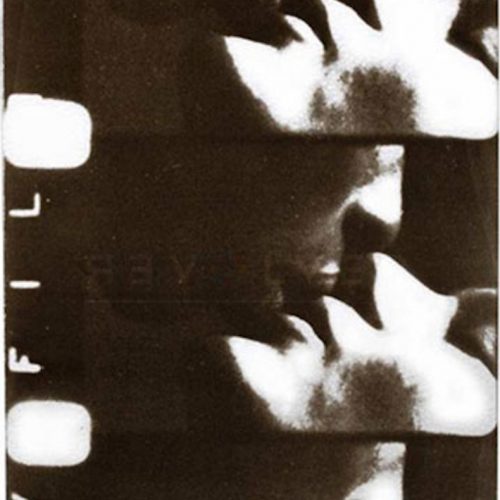