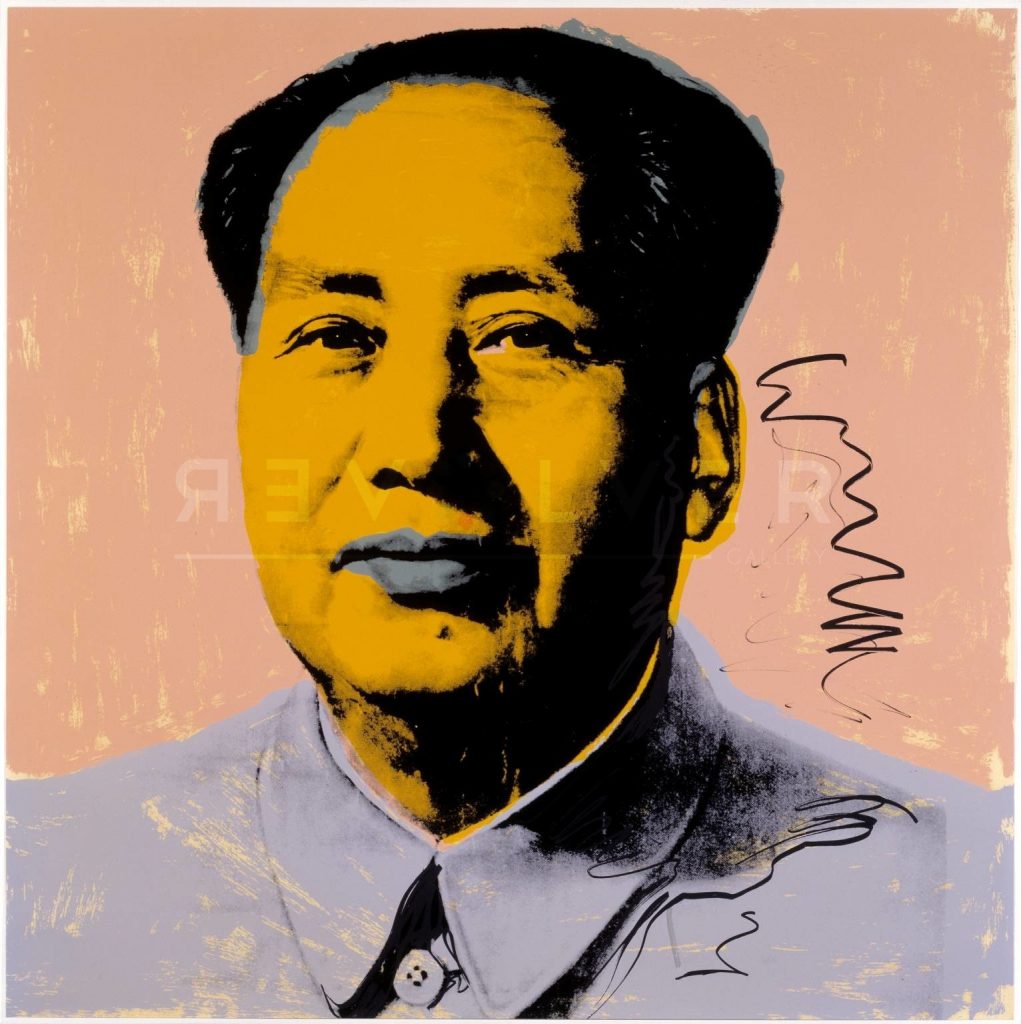 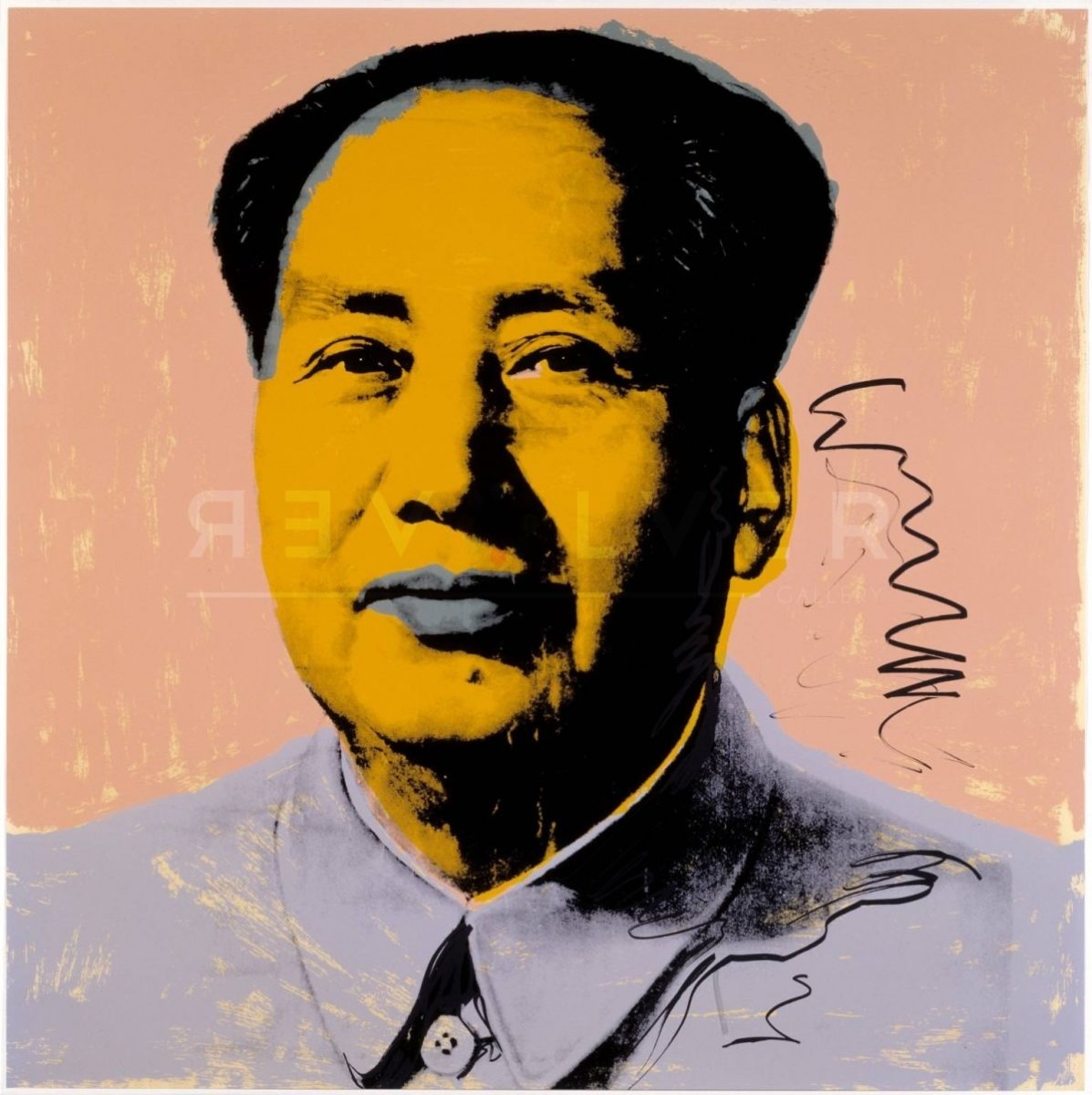 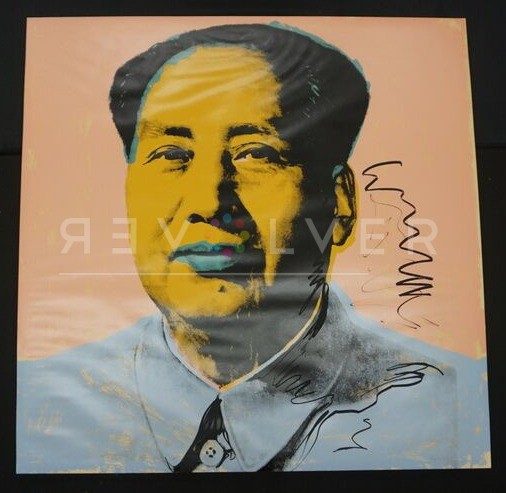 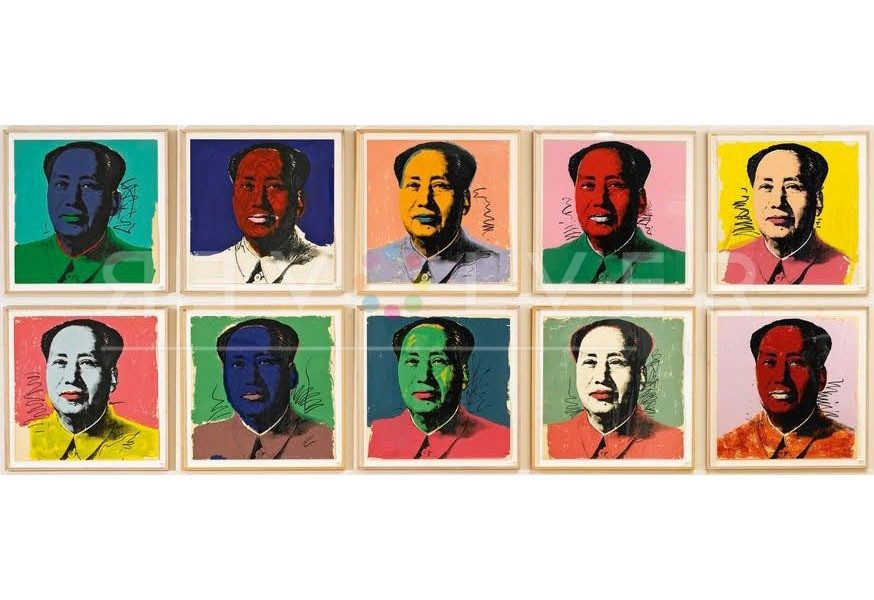 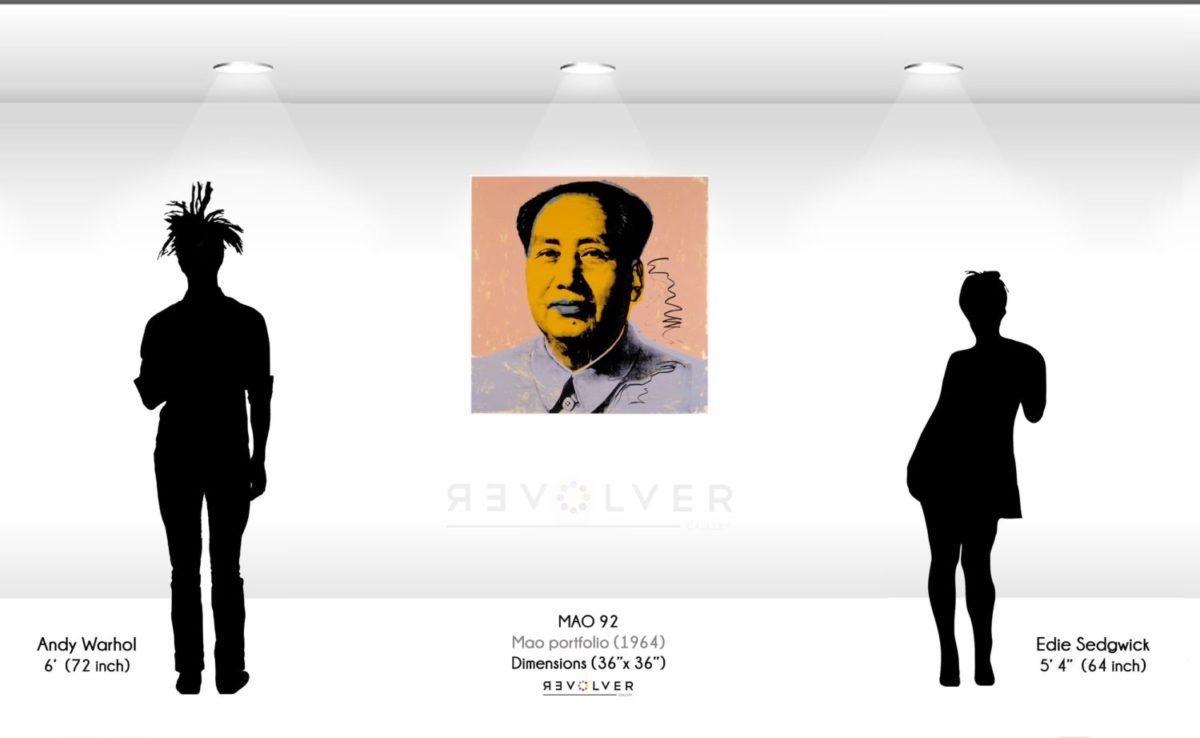 Mao 92 by Andy Warhol is a screenprint from Warhol’s Mao portfolio from 1972. Like many of his other images, Mao 92 represents Warhol’s fascination with power and influence. As one of the great actors of the Cold War, Mao Zedong is a symbol of communist power whose stoic portrait was mass-produced in China during his dictatorship. The work is undoubtedly one of Warhol’s most controversial series, representing a deviation from his usual focus on American culture and capitalism. Notably, Warhol’s complete Mao portfolio ranks amongst his top 10 most valuable portfolios ever sold. A single piece of the series, shot by Dennis Hopper, is included in Warhol’s most valuable individual prints of all time.

Warhol created the Mao portfolio in 1972 about a year after President Richard Nixon announced his visit to China. Nixon’s trip to China, and the news coverage that soon followed, largely influenced Andy’s decision to paint the ruler. The meeting between the US and China represented an end to many years of diplomatic isolation between both countries. During the same year, Warhol released Vote McGovern, a lithograph in support of George McGovern’s presidential campaign. This print shows a skewed portrait of President Nixon using distorted colors, as Andy attempts to evoke a negative response towards him. This was the first politically direct message in his art.

In the early 1970s, Warhol focused on commissions from celebrities. During this time, he created portraits like Mick Jagger, Muhammad Ali, and other unpublished works like Truman Capote. Celebrity images like these became a significant part of his career and a main source of income. Just two years before, in 1970, Warhol published his Flowers series; a disparate yet highly successful addition to his oeuvre.

The initial inspiration to pain Mao 92 came from a conversation between Warhol and art dealer Bruno Bischofberger. Bischofberger proposed Warhol take it up a notch and paint the most famous people from the 20th century. Although he suggested Albert Einstein (whom Warhol would paint years later), Andy had bigger things in mind. “Oh, that’s a good idea,” he responded. “But I was just reading in Life magazine that the most famous person in the world today is Chairman Mao. Shouldn’t it be the most famous person, Bruno?”

Warhol developed a sort of fascination with China, especially the machinery of communist propaganda and the dogma of Maoism that attracted so many followers. Distributed all over China, and shown on the cover of the ‘Little Red Book’, Mao’s portrait already reminded Warhol of one of his silkscreens. Due to Mao’s cult-like following and sensationalism, Warhol’s decision to paint him was not unlike his inclinations towards Edie Sedgwick or Marilyn Monroe. Warhol wanted to turn Mao into a Pop Art icon. “Since fashion is art now and Chinese is in fashion, I could make a lot of money… Mao would be really nutty not to believe in it. It’d just be fashion but the same portrait you can buy in the poster store.”

Mao 92 and similar images remain provocative to this day. In 2013, Chinese officials banned the series from a worldwide Warhol retrospective when it arrived in China. The Chinese government deemed the images too slanderous, as they appear to portray Mao in makeup. In Mao 92, the lavender and pink contrast Mao’s blueish green lips. The bright colors in this collection express an individualism which opposes Mao’s communist views. The Mao portfolio is no doubt one of Warhol’s most controversial and political. It was his first foray out of American politics, although he would go on to paint Vladmir Lenin, and even Alexander the Great.