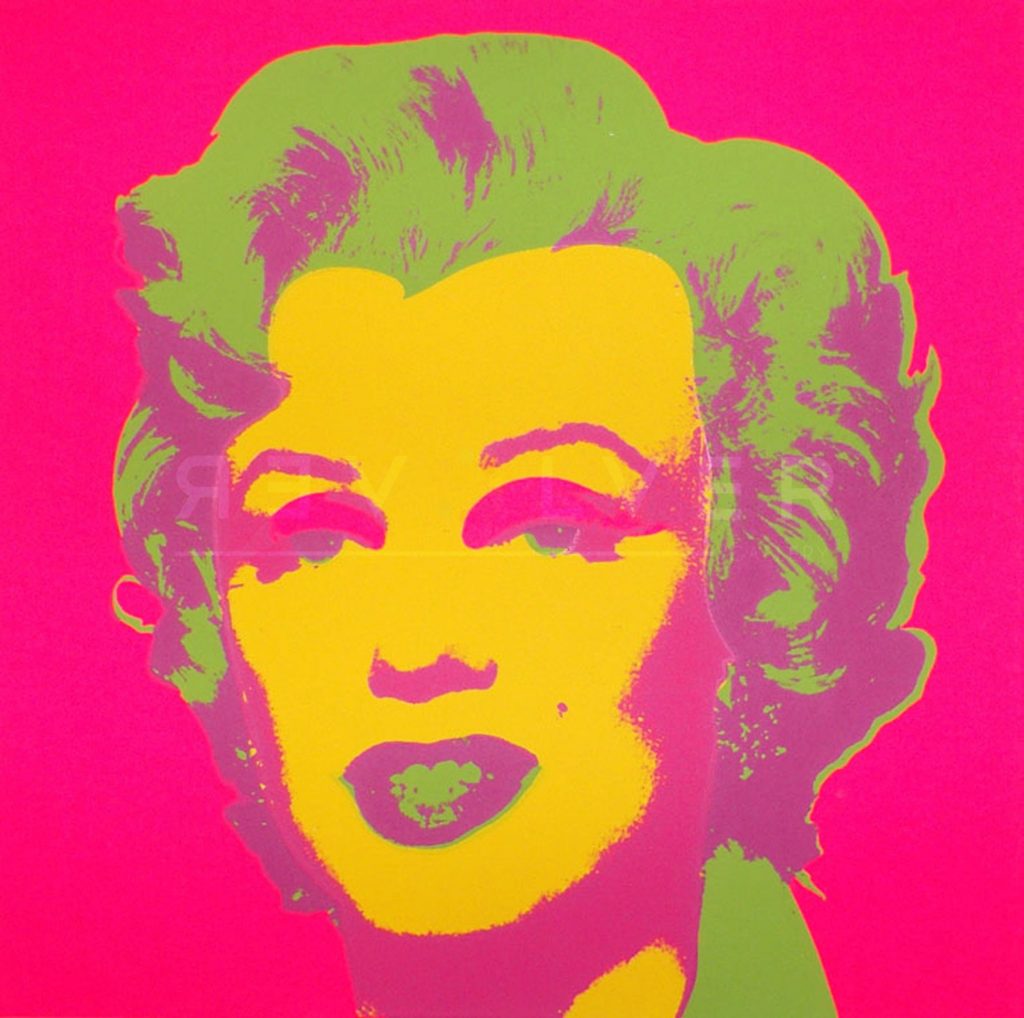 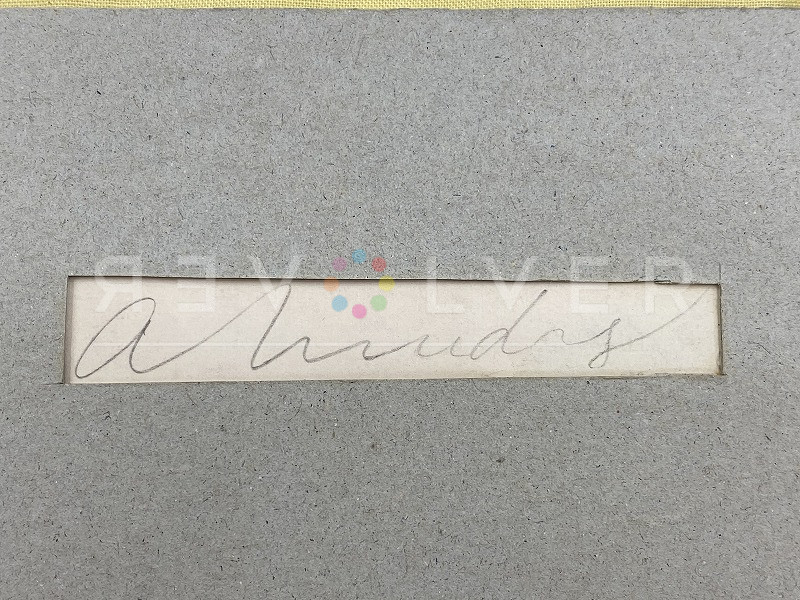 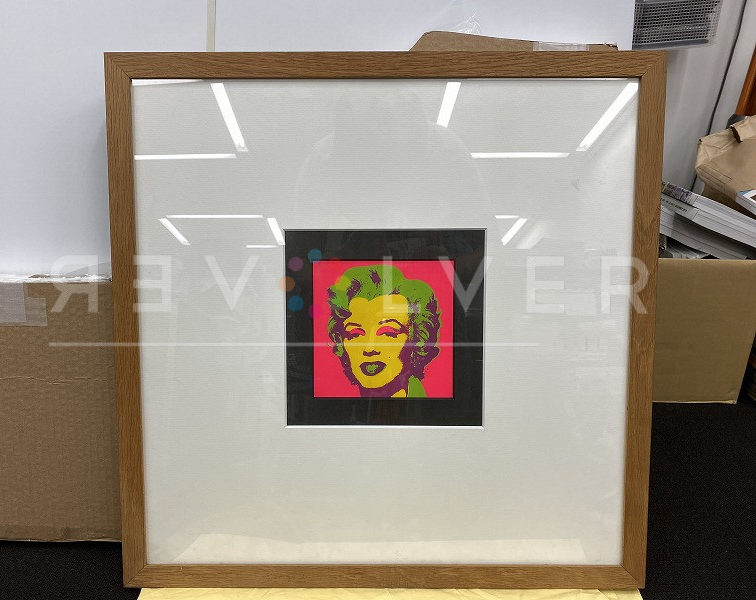 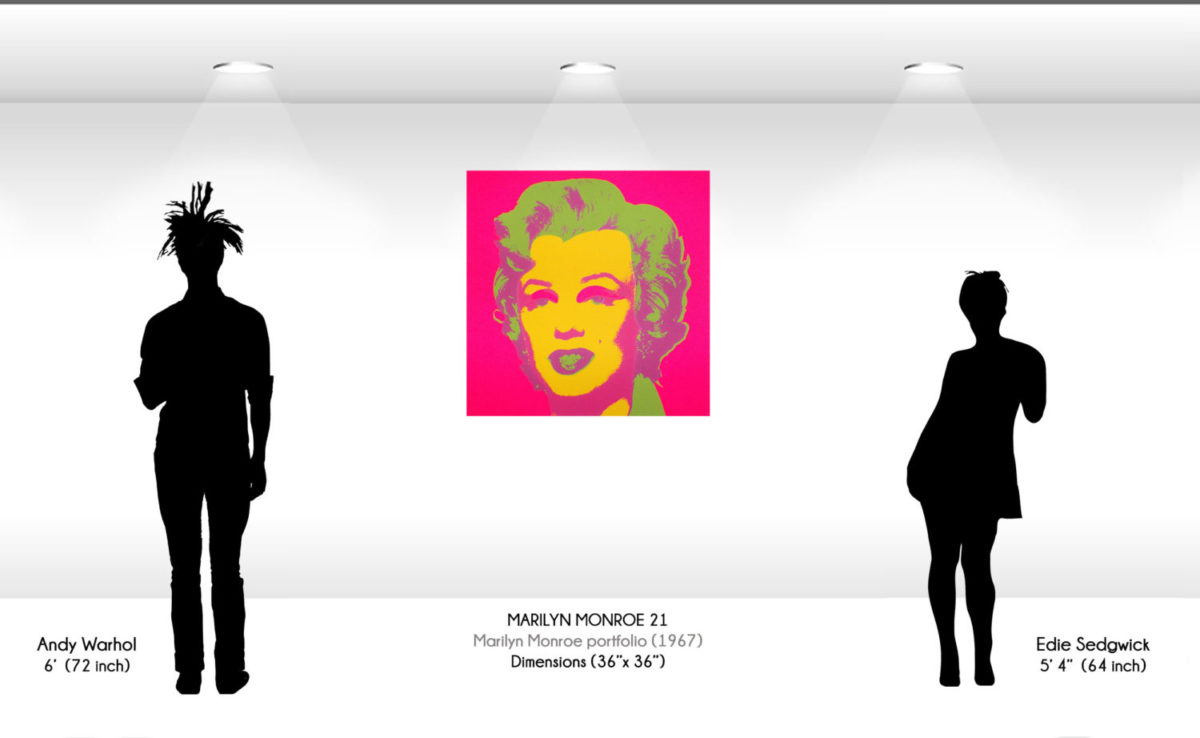 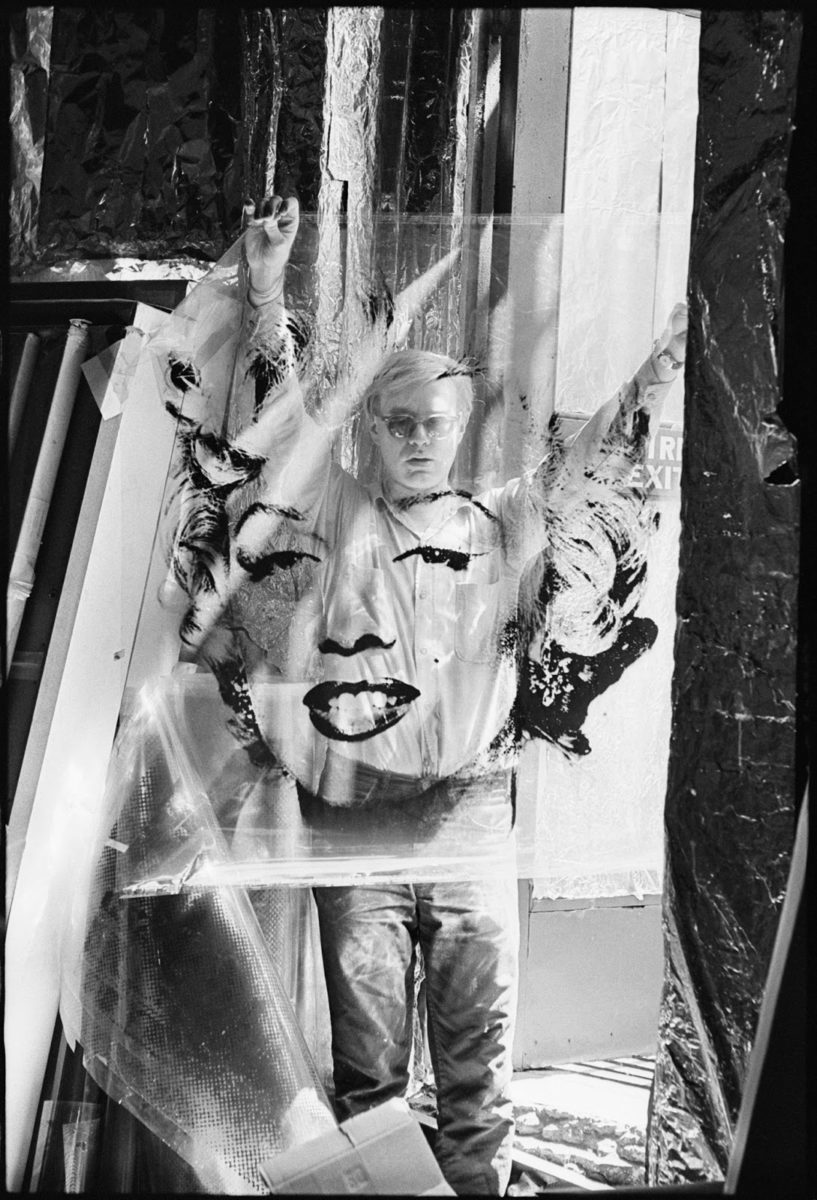 Edition: Edition of 100 signed in pencil and numbered with a rubber stamp on verso; some signed and unnumbered; some dated. There are numerous AP signed and marked a.p. in pencil on verso. Published to announce the publication of the Marilyn Monroe (Marilyn) Portfolio.

Marilyn Monroe 21 is a screen print by Andy Warhol from 1967. It was published to announce the release of his Marilyn Monroe series, and is similar to the other works of the portfolio. Greatly expressive of Warhol’s signature style, the series showcases Marilyn Monroe as a symbol of glamour, fame, and celebrity life. The portfolio helped usher in the pop-art movement, and allowed Andy to scale the heights of the new art genre. The Marilyns have become hallmarks of Pop Art, and are praised as significant pieces of modern art history.

At first, Warhol painted Marilyn Monroe in 1962 in the weeks following her death. He first created Marilyn Diptych, a diptych showcasing Marilyn’s portrait fifty times in fading color and black and white. Created as a memorial after her tragic suicide, the work is said to express the fading life of a star, and the emptiness of an icon’s relevancy after their passing. For all of his Marilyn renditions, Warhol used the same photograph: a promotion photo by Gene Korman for Marilyn’s 1953 film Niagara. The decision to reuse the same photograph sparked debate in the art world. People began to question an artist’s ability to sustain their integrity while repeatedly using a readymade symbol. Thus, the series has attracted some notoriety over the years. Decades later, the portraits remain some of Warhol’s most successful works.

Dubbing his art studio “The Factory,” Warhol sought to produce images at an extreme level of output for contemporary artists. Fascinated with industrial society and the “art” of mechanical reproduction, Warhol created hundreds of Marilyn prints in his lifetime. Whether he was publishing images of Campbell’s Soup Cans, Kellog’s Corn Flakes, or famous people like Mao Zedong and Mick Jagger, Warhol was riffing on ideas of commodification, and commenting on the nature of consumer culture. For Warhol—known for his fascinations with fame, visibility, and everyday items—Marilyn Monroe was a highly successful product of Hollywood. Her image invoked the glitz and glamour of the entertainment industry (along with its foibles). Thus, Warhol paints Marilyn just as the American public imagines her. Not as a single person, but as a greater symbol of our luxurious dreams of Hollywood’s limelight.

In the series, Marilyn has transcended her human form. She is void of imperfections. Warhol screen prints her repeatedly, and bathes her in a myriad of colors. She becomes a sought after commodity. Her identity grew to symbolize a life of glamour and success, and for many, Marilyn embodied the American dream. Naturally, Warhol was very sensitive to the public’s interests, and sought to recreate the things that reflected the dominant culture. Therefore, with his Marilyn series, Warhol projects to his audience their own imagination of high society, and the promised life of success embedded in the American mindset.

As some of his most powerful work, the Marilyn series illustrates Warhol’s complex artistic philosophy and reflects the peak of his career. In both presentation and method of production, Marilyn Monroe 21 expresses Warhol’s sacred blend of art and mechanical reproduction that would become the heartbeat of his style. Extremely successful upon release, the Marilyn images remain as some of the most sought after pieces of Warhol’s legacy. Finally, they are considered as some of the most significant artifacts of pop-art and modern art history.