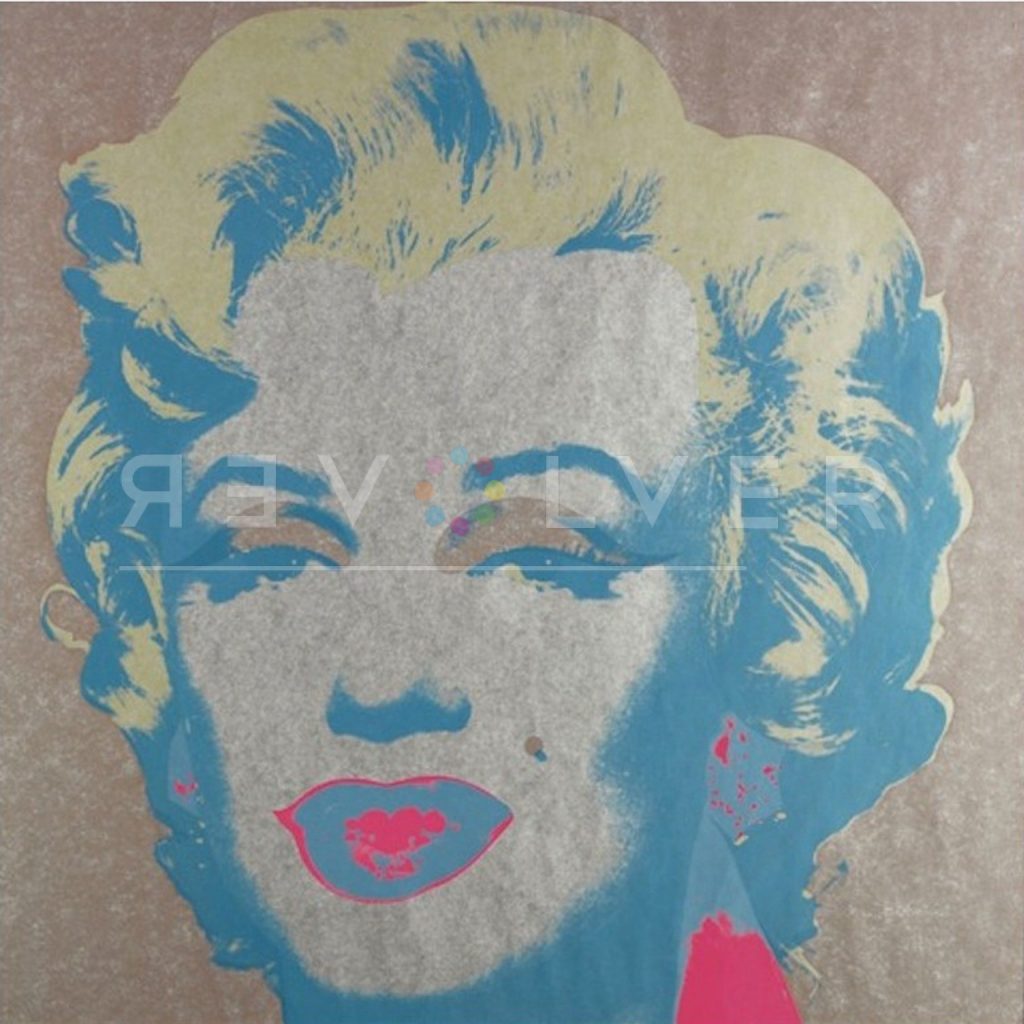 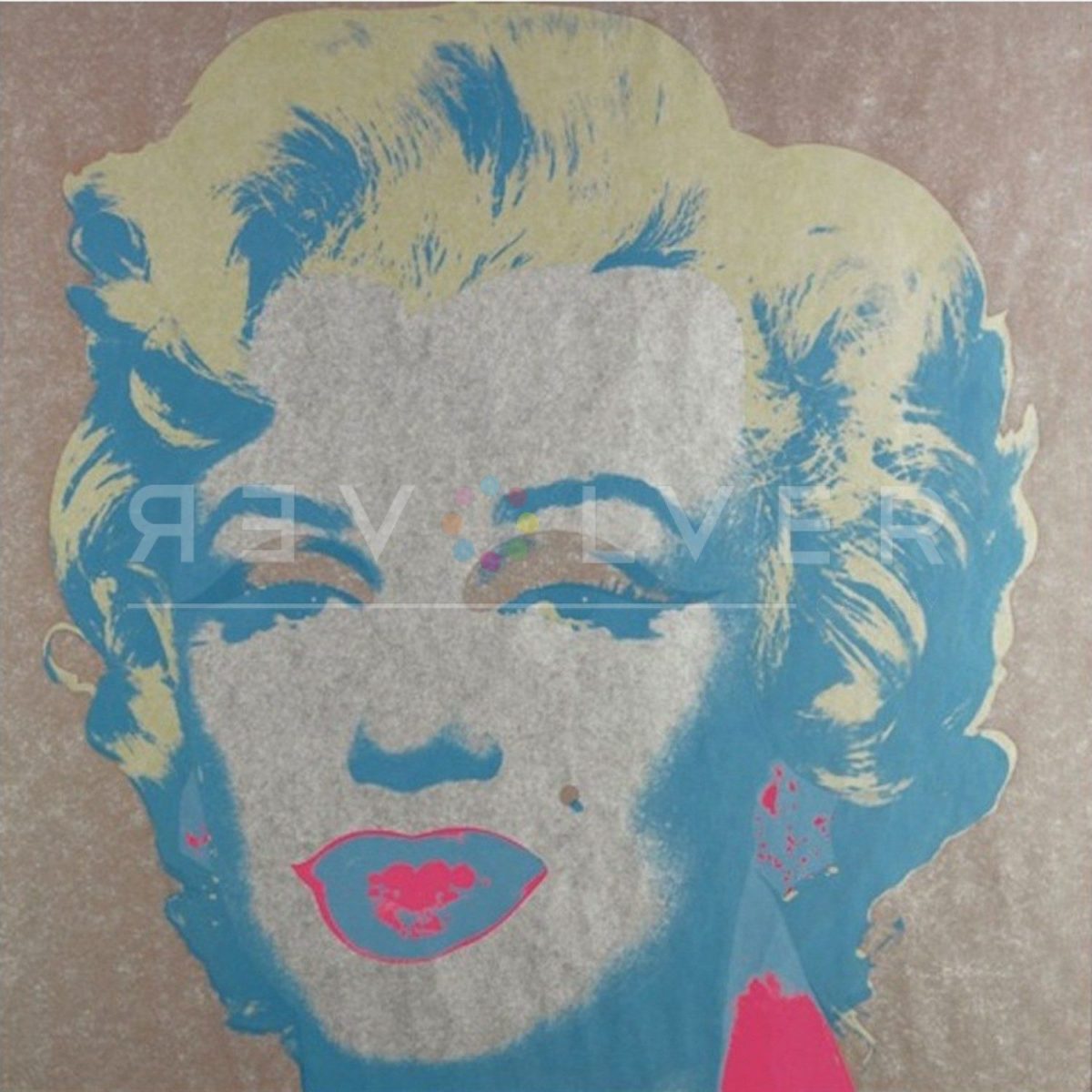 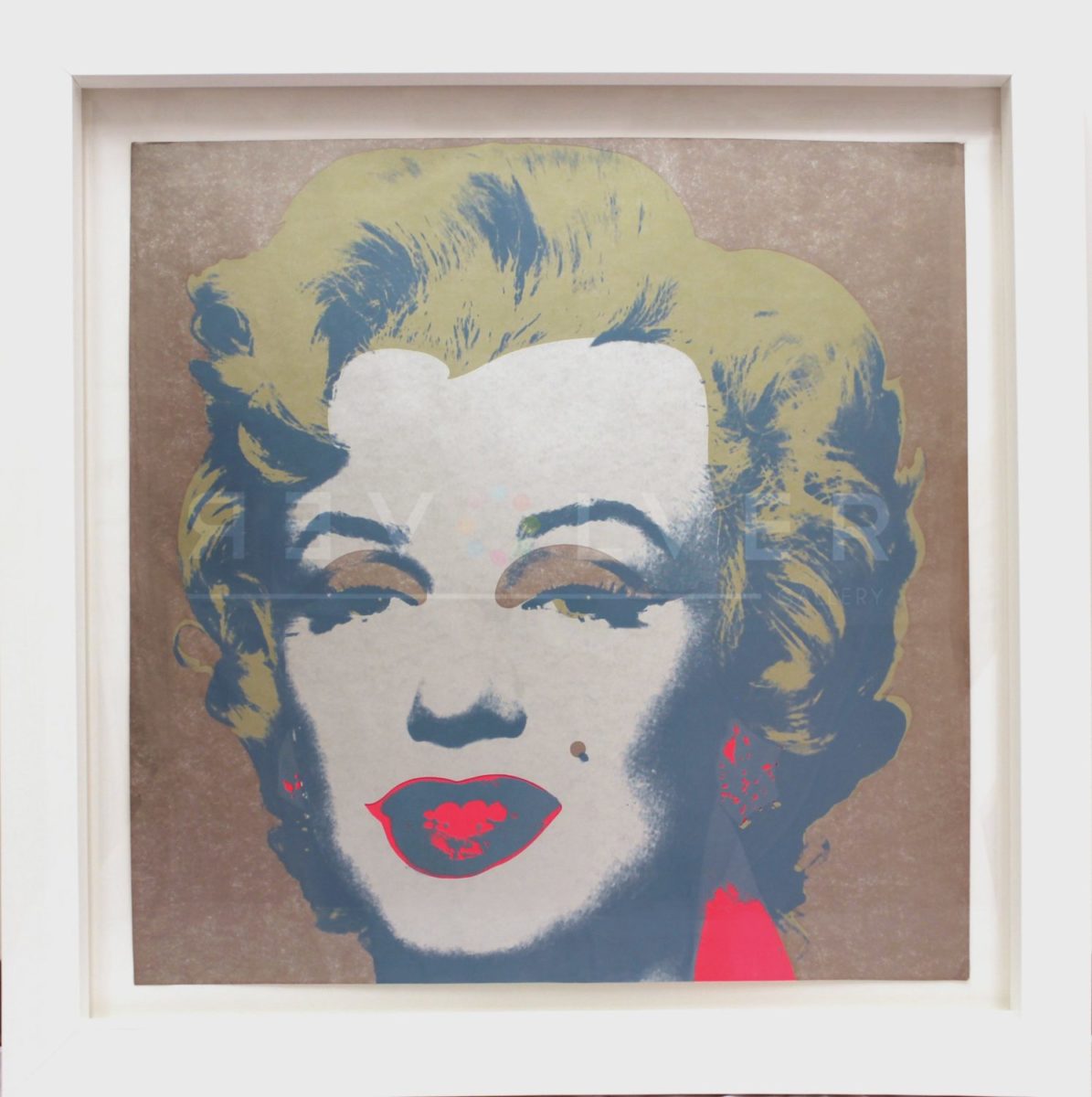 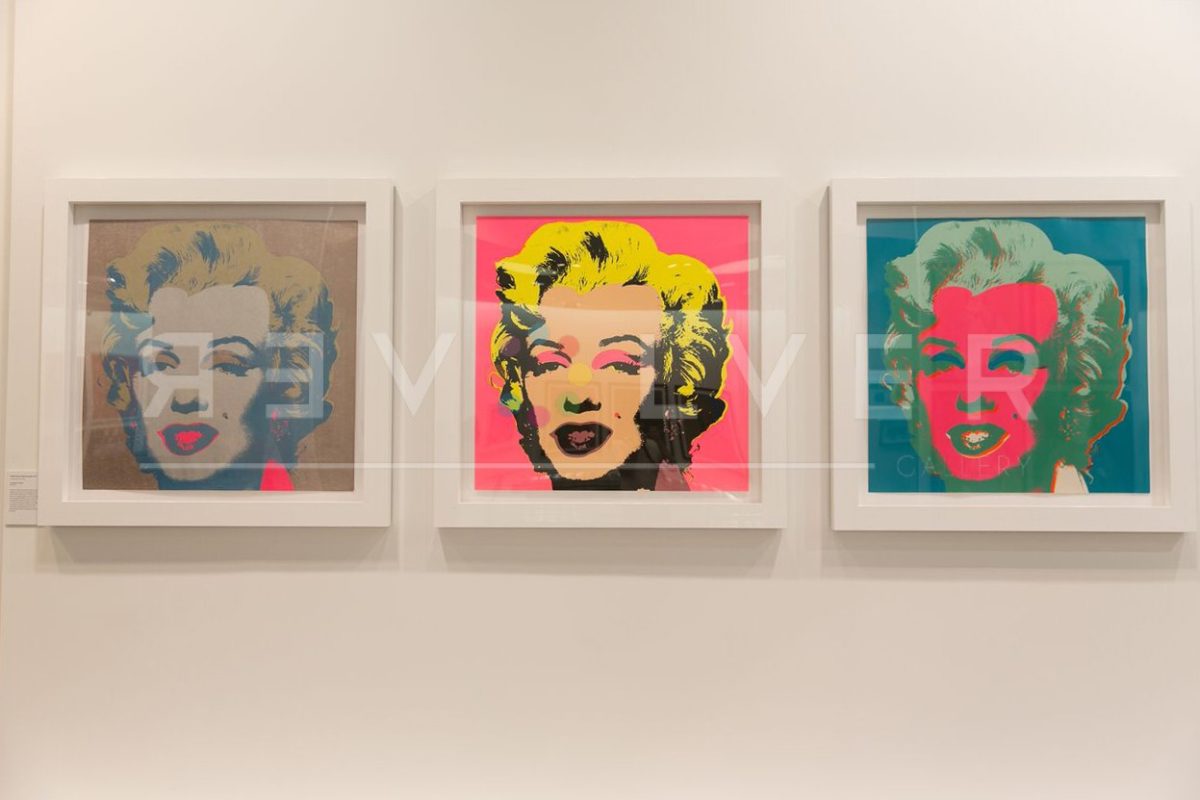 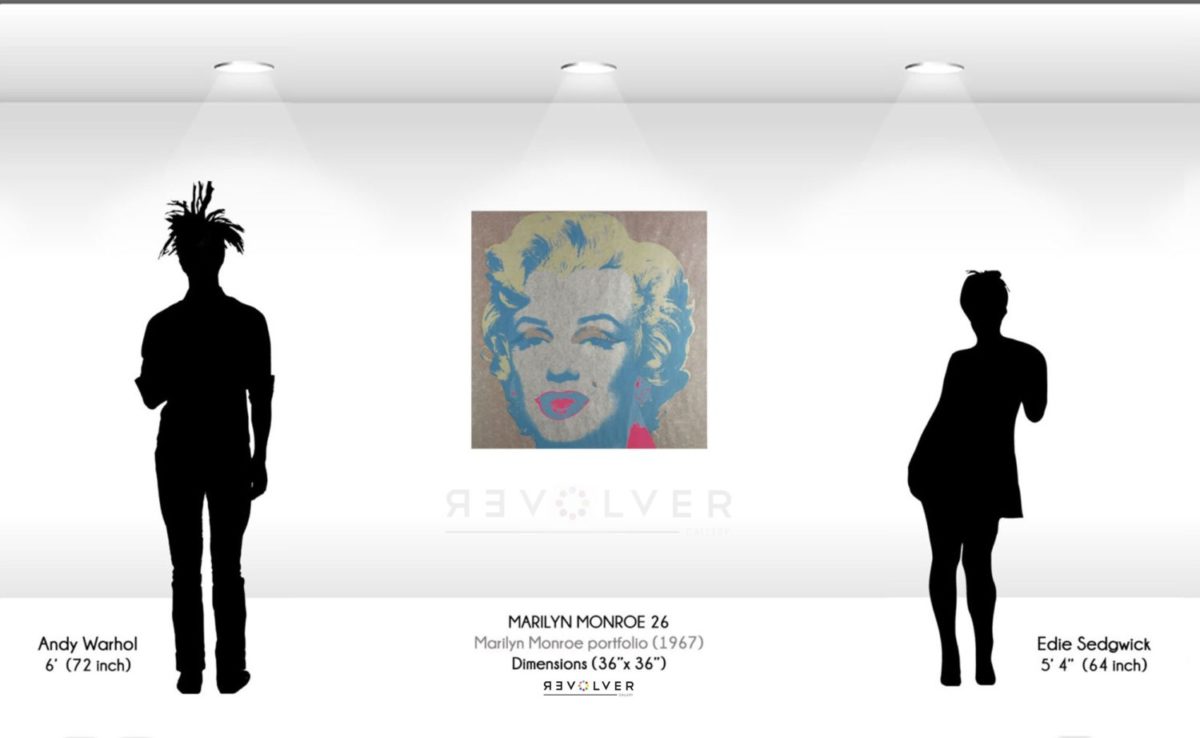 Marilyn Monroe 26 is a screen print by Andy Warhol included in his Marilyn portfolio from 1967. The complete portfolio of ten images showcases Marilyn Monroe as the archetypal celebrity, and performs a commentary on the pop-culture of mid-century America. As some of his most recognizable work—along with Campbell’s Soup Cans—the Marilyn images allowed Warhol to scale the heights of the pop-art movement, and helped cement his name in the history of modern art. Furthermore, the complete Marilyn suite ranks amongst Warhol’s most highly valued portfolios of all time.

Originally, Warhol painted Marilyn Monroe in 1962, in the weeks after her death. He became inspired to paint the actress as a memorial, and she soon became a perfect blueprint for Warhol’s fascinations. In Marilyn Diptych—Warhol’s first reproduction of Monroe—he printed and painted Marilyn’s portrait 50 times in various colors, using the same photograph that would appear in the Marilyn series. The photograph, allegedly taken by Gene Korman, was a publicity shot for Monroe’s 1953 movie Niagara. After reusing the photo throughout the sixties, Warhol’s images attracted a bit of controversy. They raised conversations about the extent to which an artist can appropriate a readymade symbol before it becomes a legal issue. Thus, the Marilyn series gained some notoriety, and decades later, the images are some of his most famous and successful works of art.

The Marilyn portfolio reflects much of Warhol’s fascinations and interests. Seemingly obsessed by consumer culture and anything “famous,” Warhol found inspiration in the quotidian products of everyday life. Hence, his proclivity towards recreating objects like Campbell’s Soup or Coca-Cola. Warhol felt that the public and other artists overlooked items like these. Moreover, celebrity culture, fame, and all things hyper-visible amazed him. Thus, for Warhol, ubiquitous soup can labels, or famous singers and actresses, were all famous in the same way.

Marilyn Monroe in particular became a huge source of inspiration for Warhol. Indeed, Warhol embodied his fascination for mechanical reproduction, creating hundreds of Marilyn images over the course of his life. After Monroe’s suicide in 1962, he became inspired to recreate her portrait, considering her life as a tragic intersection of fame, beauty, and death. Monroe was ultra-famous, and much like common commodities, Hollywood capitalized on her personality and broadcasted her identity for public consumption. She became a mass-produced product.

Therefore, in Warhol’s Marilyn portfolio, he is said to have created an “icon out of an icon,” effectively doubling Monroe’s legacy in the world of entertainment and visual art. In the portraits, we see Monroe presented in various vibrant colors, and completely void of all imperfections. He produces her image in true factory-style, churning out hundreds of variations of Marilyn as a product. Ultimately, Warhol presents not a single individual, but an idea. He presents Marilyn Monroe as the 20th century ideal, just as the American public imagined her. Monroe came to embody the American dream. Her image represents the hopes of millions of Americans who train their eyes on the promises of the Hollywood scene.

As some of his most famous prints, Warhol’s Marilyn images were significant in the emergence of pop-art as a genre. The flat areas of color and vibrancy depicted in the portfolio are hallmarks of Warhol’s signature style. Since their creation in 1967, the Marilyn portraits have remained relevant in the blue-chip art market, and continue to sell for top-dollar. Overall, Marilyn Monroe 26 is a fantastic piece of Warhol’s legacy as the pioneer of pop-art. The Marilyn portfolio stands as a significant piece of modern art history, and an archetypal treasure of the pop-art genre.