Chat with us, powered by LiveChat Marilyn Monroe 31 by Andy Warhol | Revolver Gallery Skip to content 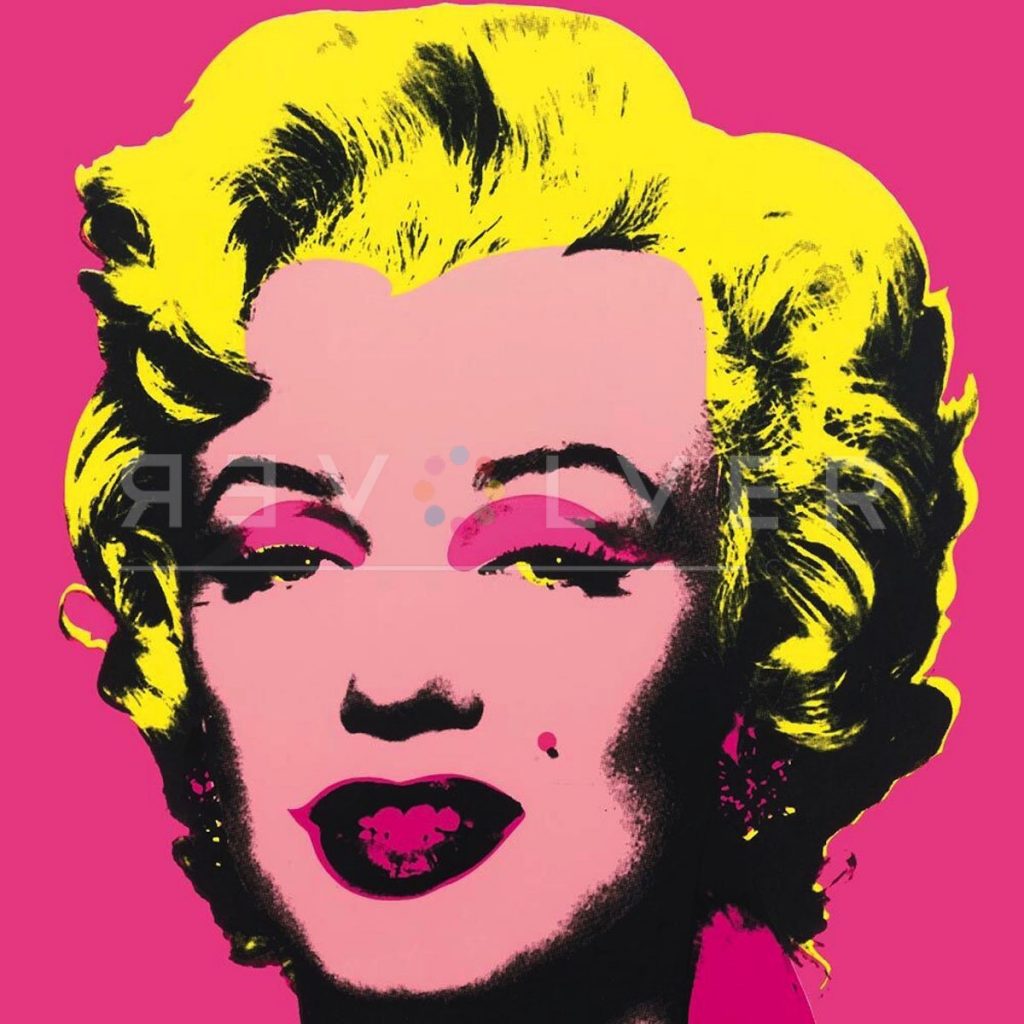 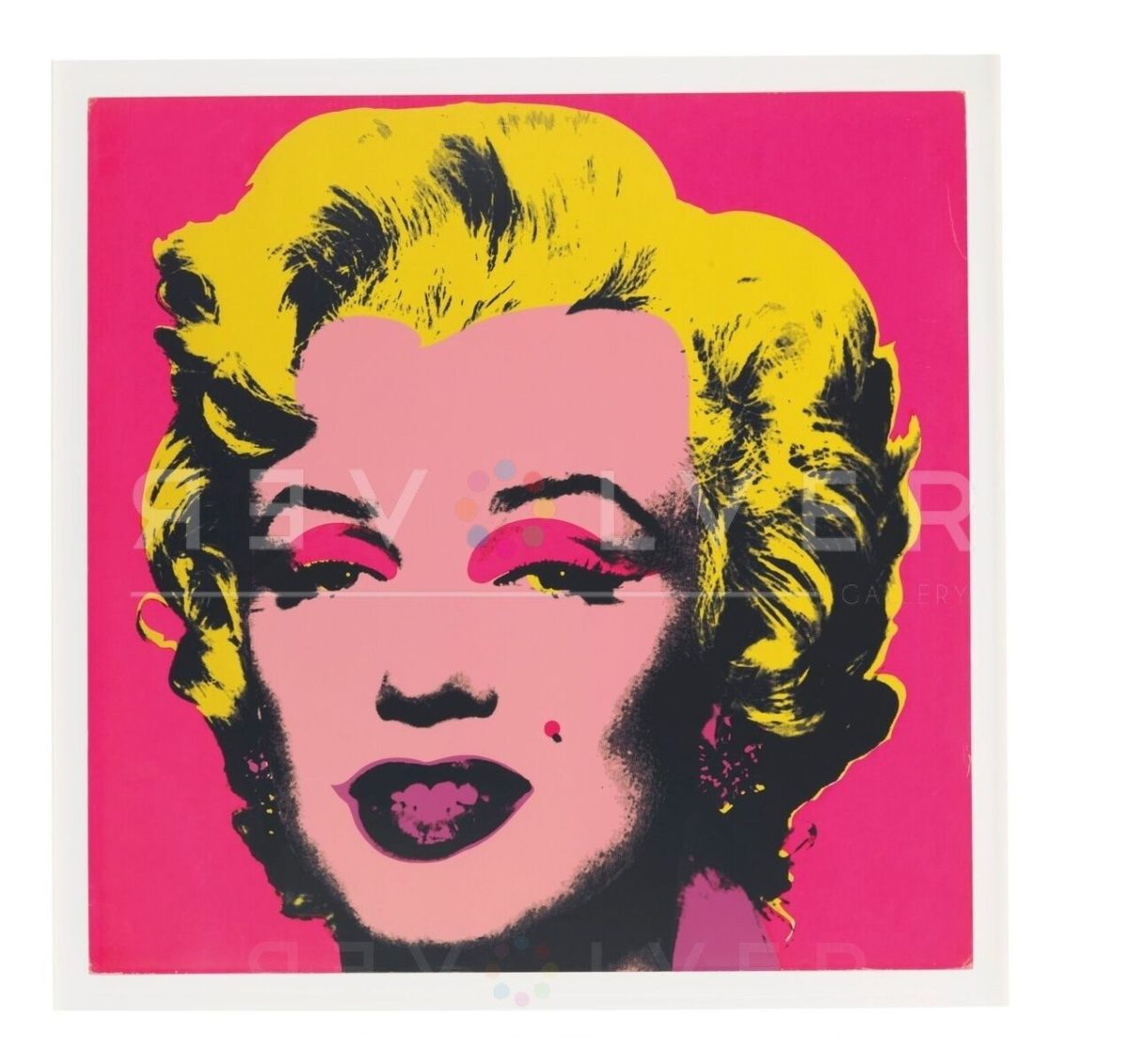 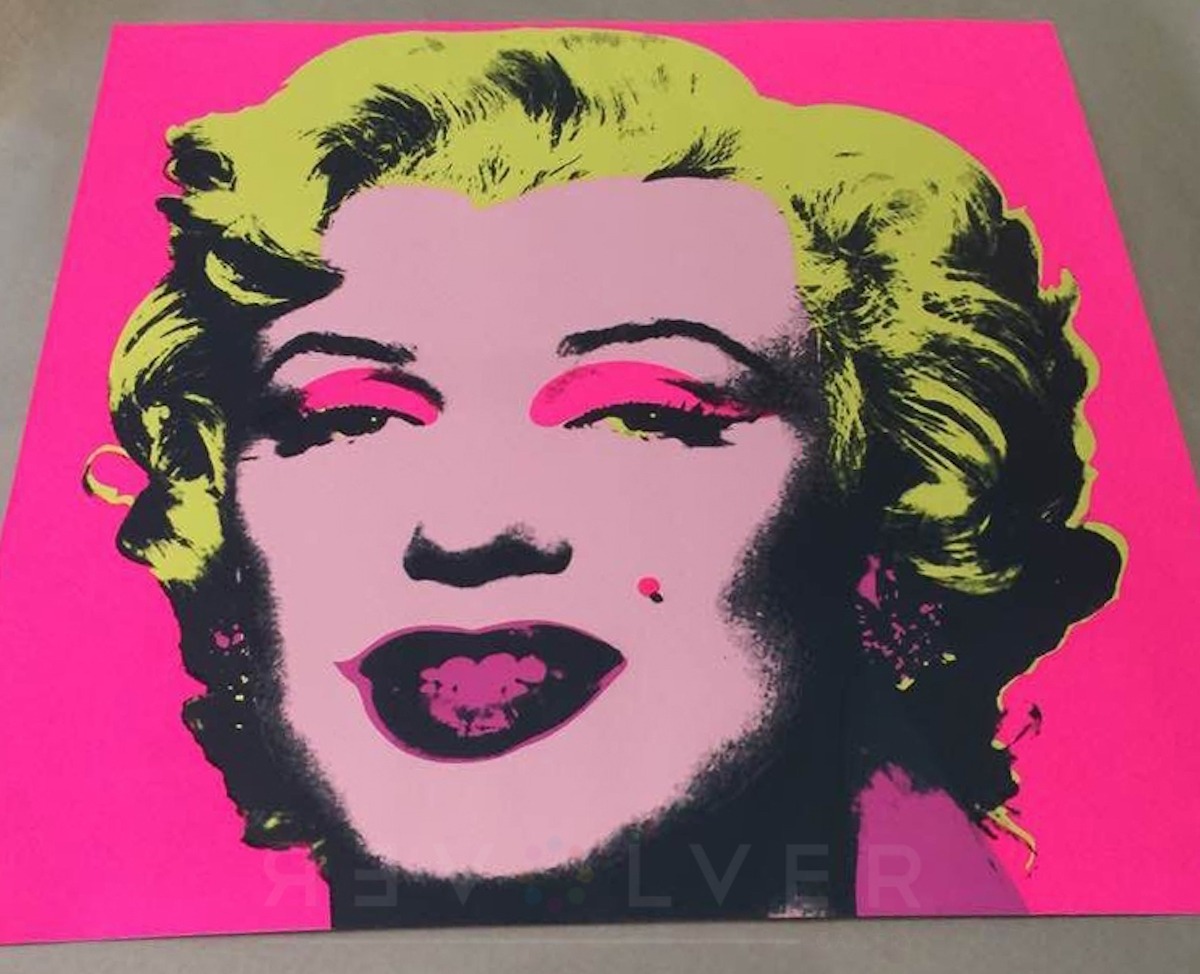 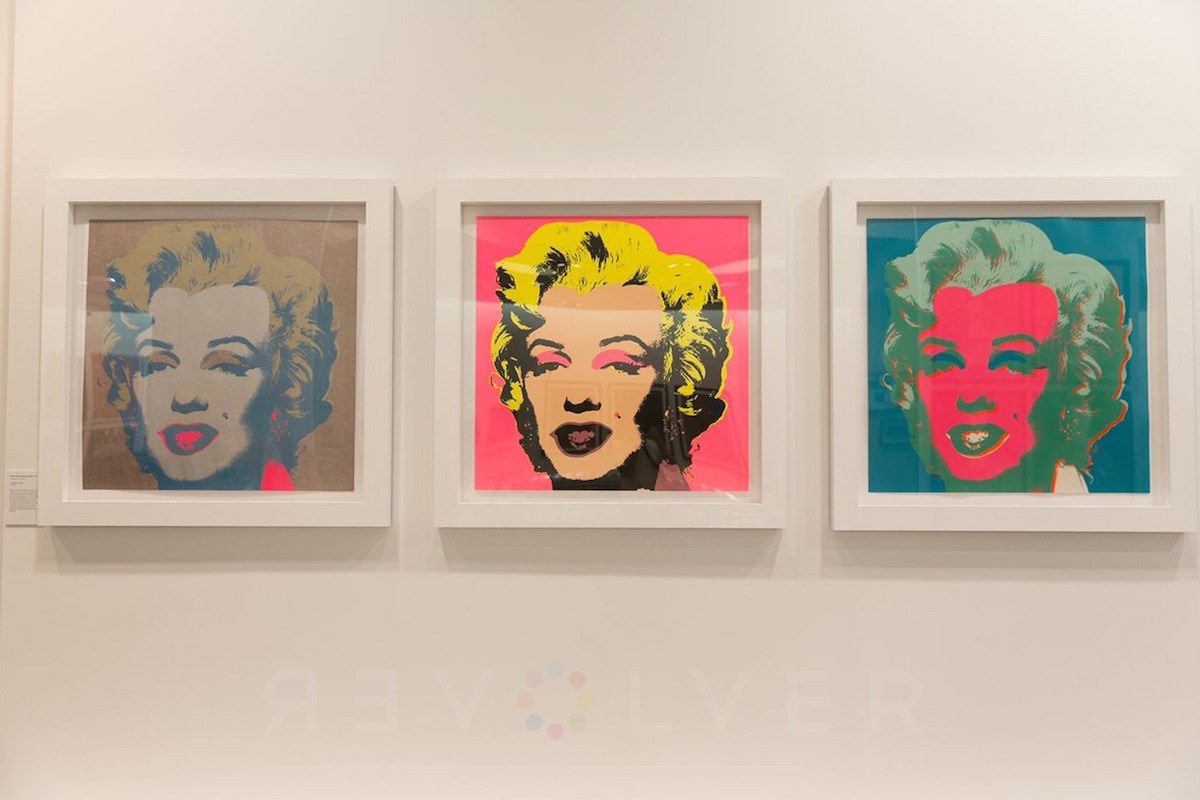 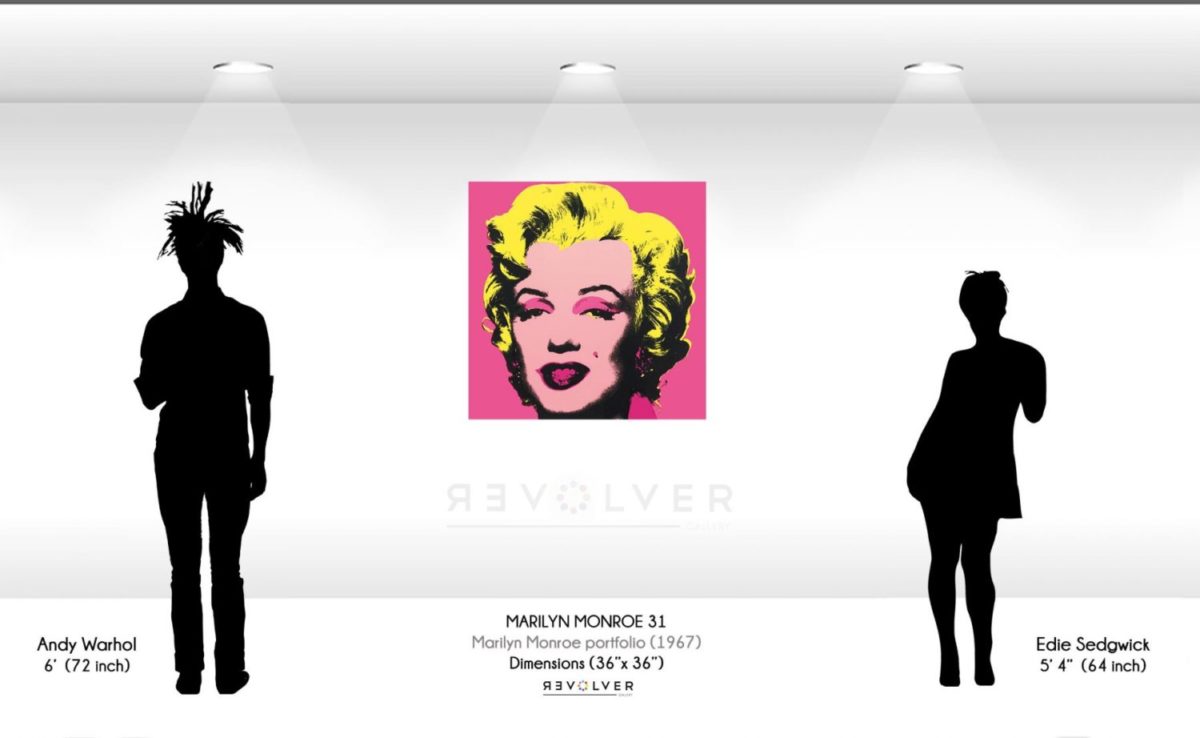 Edition: 250 signed in pencil and numbered with a rubber stamp on verso; some signed in ball-point pen; some initialled on verso; some dated. There are 26 AP signed and lettered A-Z on verso.

Marilyn Monroe 31 is a screen print by Andy Warhol included in his ultra famous Marilyn Monroe portfolio from 1967. It is one of 10 portraits in the series, through which Warhol created “an icon out of an icon”. Among his most successful creations, the Marilyn portraits are indicative of Warhol’s unique style. They utilize flat regions of color and sharp contrast, a signature in the pop-art pioneer’s body of work. It was through works like Marilyn and Campbell’s Soup that Warhol effectively guided the emergence of pop-art, and cemented his legacy as the master of the new art movement.

Andy Warhol was highly in-tune with the cultural palette of his time. Largely, his sensitivities to highly relevant facts of life (both simple and grandeur) fueled his work. Fascinated by everything “famous,” Warhol recreated images of celebrities, everyday commodities, and even political leaders. As a most classic piece of his catalogue, Marilyn Monroe 31 not only represents a memorial to the late actress, but seeks to reflect the pop-culture of the 1950s and 60s, and our collective imagination of the American dream.

Originally, Warhol painted Marilyn Monroe after her death in 1962 in his piece titled Marilyn Diptych. Five years later, Warhol returned to the concept using the same photo: a publicity shot taken by Gene Korman for Marilyn’s 1953 film Niagara. His decision to reuse the same publicity photo multiple times caught attention and became somewhat controversial. The art world questioned the extent to which an artist can appropriate a readymade motif before becoming a legal issue. Consequently, the portraits attracted some notoriety, and decades later, they remain as some of Warhol’s most recognizable works.

In the eyes of Andy Warhol, Marilyn Monroe was a comprehensive symbol of glamour, success, and death. As a highly acclaimed Hollywood superstar, her story seems to embody the aspirations and desires embedded in the American dream. Warhol, being highly interested in society’s visual obsessions, took her as the perfect muse. Moreover, Warhol’s fascination with the ubiquitous products of consumer culture allowed him to understand Monroe in a unique light. In Andy’s mind, Monroe becomes a mass-produced and highly successful commercial product of the entertainment industry. She is both sacred and quotidian, giving her image perfect archetypal glow within Warhol’s collection.

Marilyn became the American ideal. Broadcasted across the entire world, eager viewers consumed her personality. Her identity became a commodity which Andy would experiment with the same way he did with objects like Campbell’s Soup or Coca-Cola. Furthermore, Andy’s screen print method, often used in factories for manufacturing images and labels, recalls his philosophy as well. Indeed, like a machine, Warhol created hundreds of different Marilyn portraits in his time.

Thus, in his Marilyn series, Warhol presents not the face of a single individual, but a calling card of a much larger idea. Marilyn transcends her own identity; she becomes a symbol for our collective imagination of luxury, fame, and Hollywood success. Her portraits summarize all of America’s yearning for the limelight, and what became a staple of the country’s visual diet. Ultimately, Marilyn Monroe 31 illustrates Warhol’s philosophy stunningly. The work expresses his fascinations, and his keen awareness for the faces and icons towards which his society would grasp. Decades later, the Marilyn images are some of the most important works of the pop-art movement, as well as highly significant pieces of modern art history.