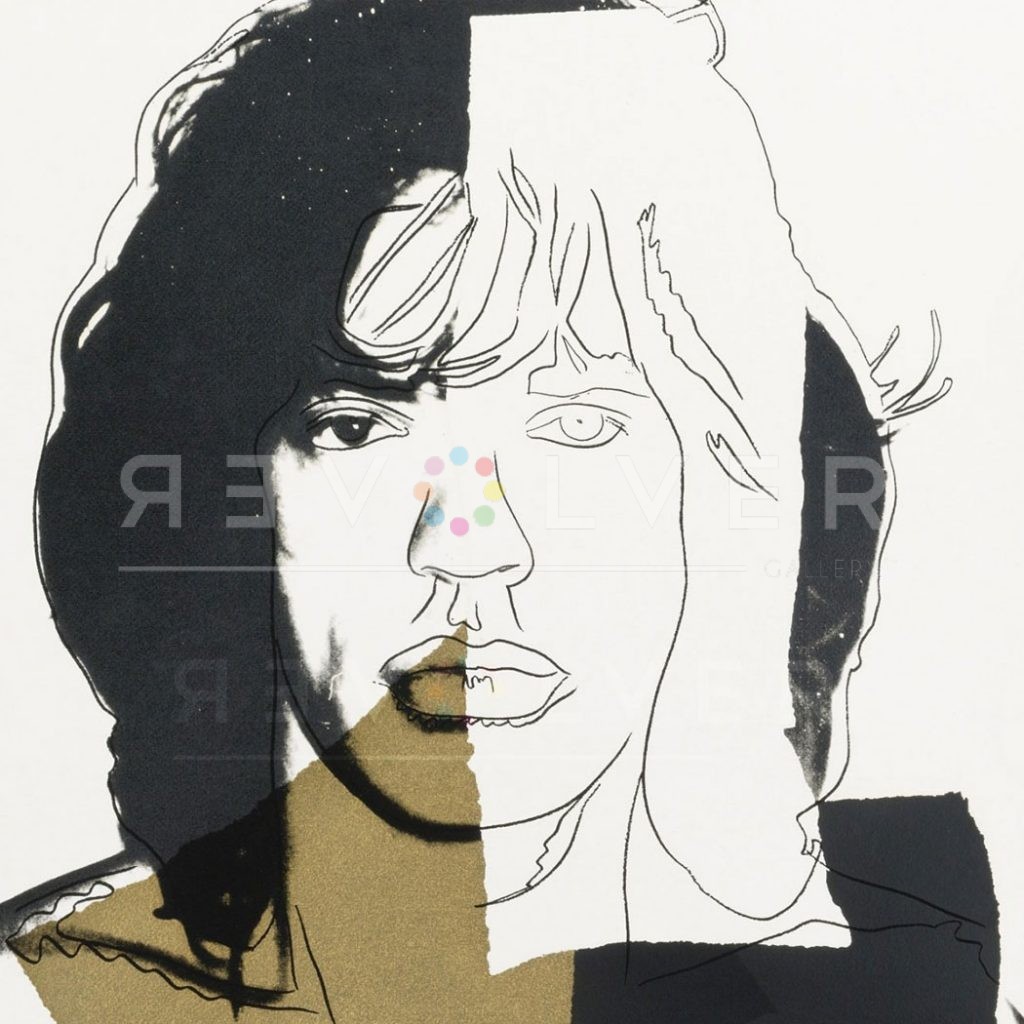 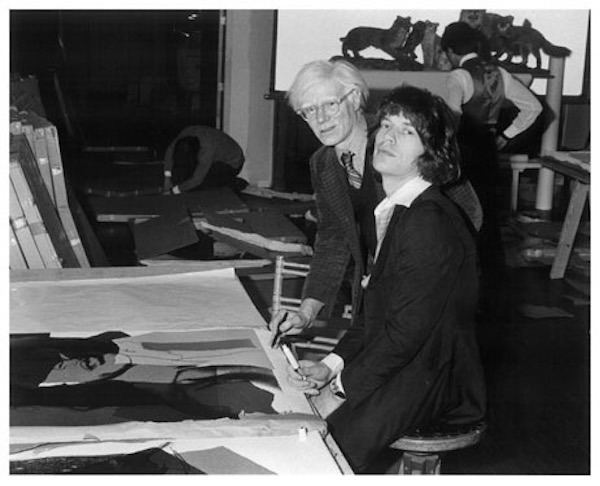 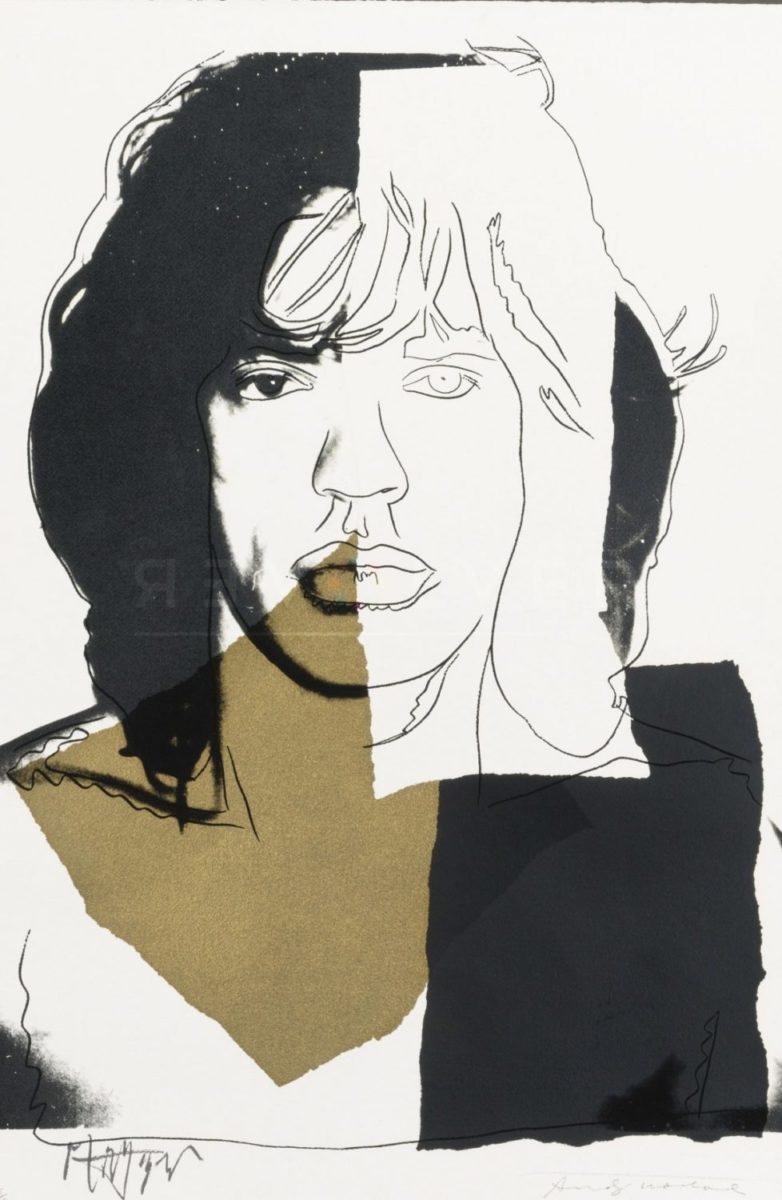 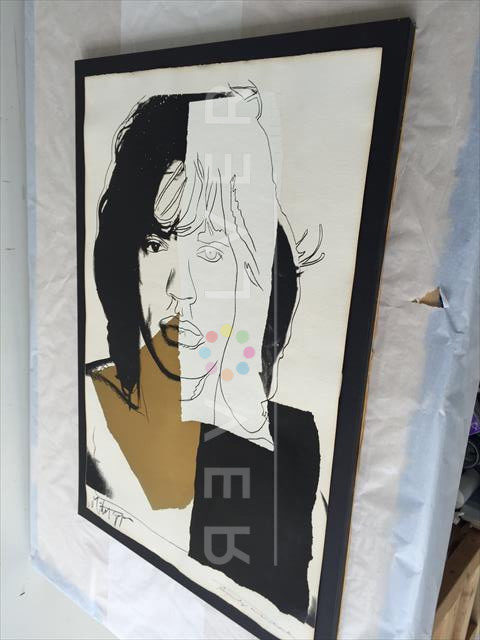 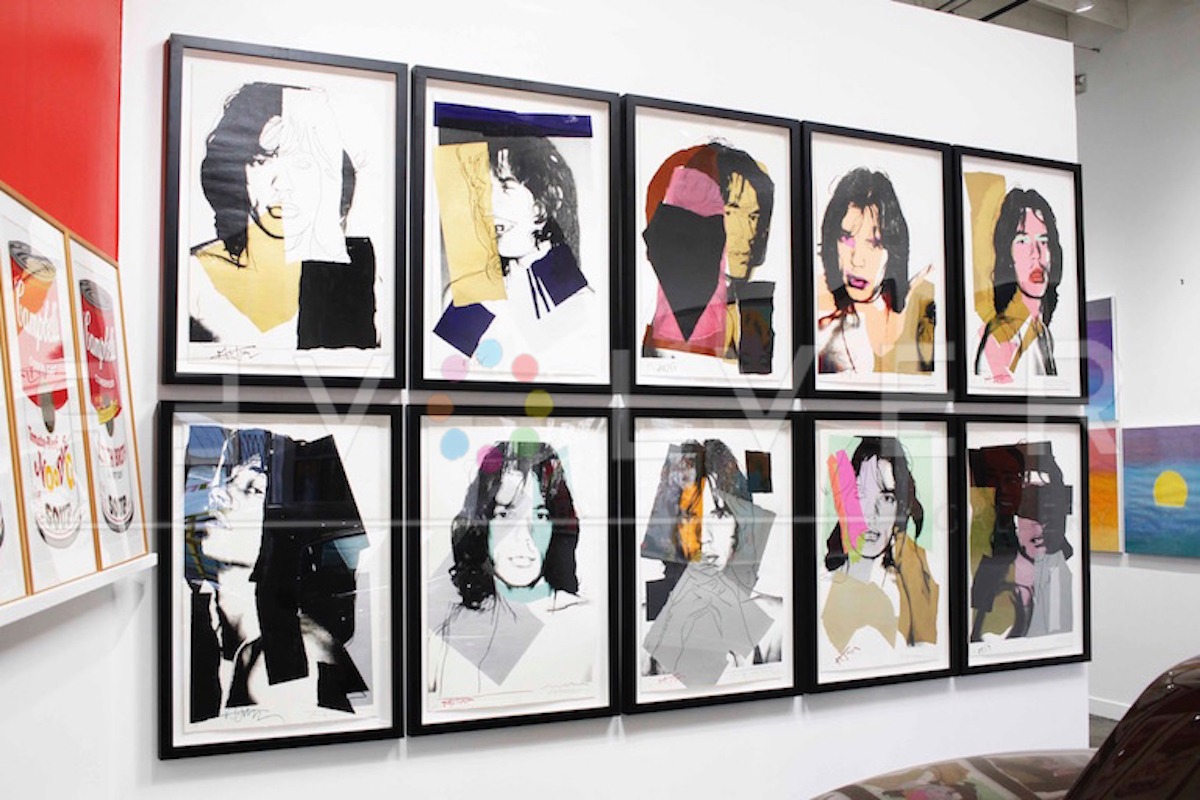 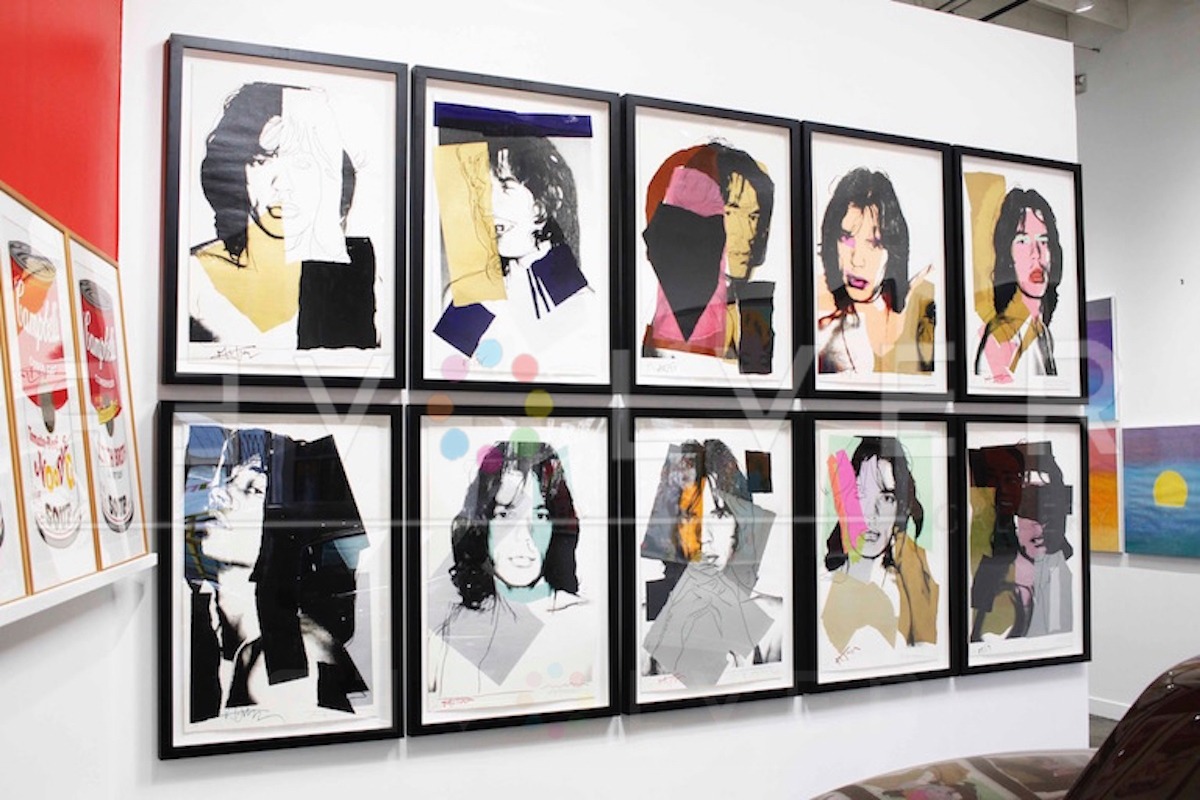 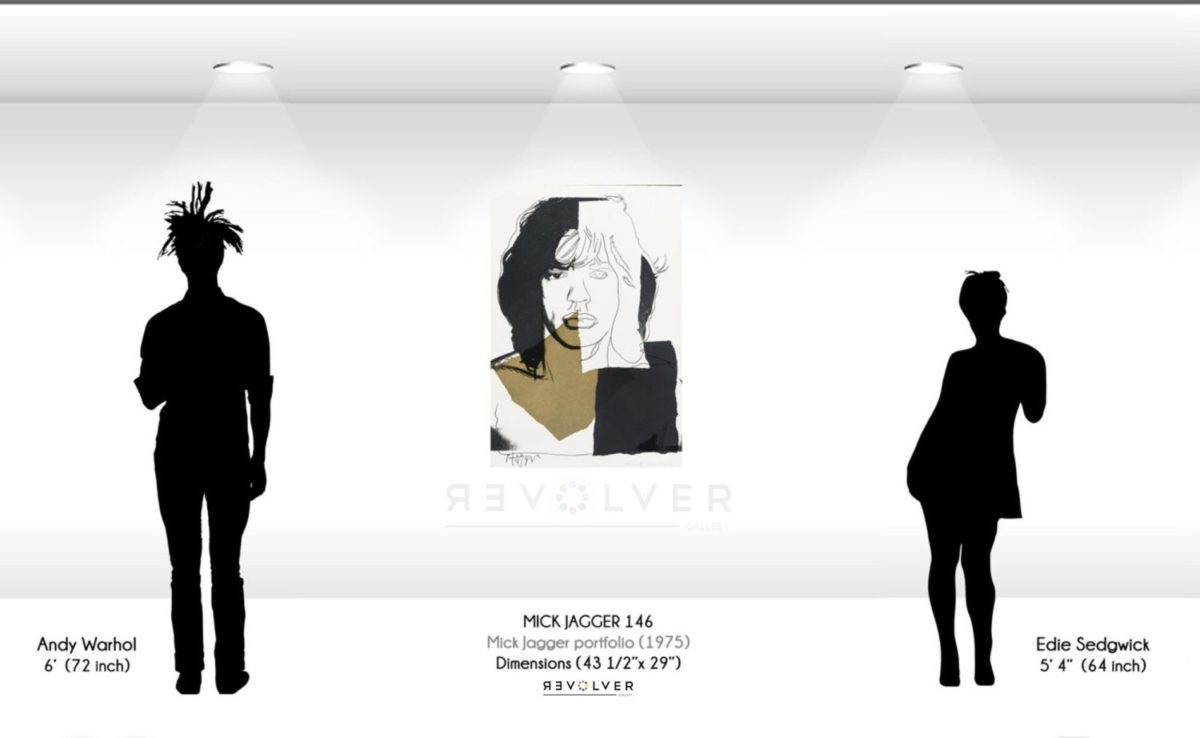 In this particular print, Mick Jagger stares back at the viewer with a straight face. This image presents a serious side of the rock star, a more intimate version of himself. Unlike many of his other portraits, Warhol used a minimal amount of color when creating this piece. In Mick Jagger 146, white, black, and gold are the only present colors.

It is no surprise that Warhol had a clear fascination with Hollywood fame and stardom. His love for his “superstars” and their extravagant lifestyles became a common theme in Warhol’s work. Some of Warhol’s other work which features well-known stars includes Liz Taylor, Grace Kelly, and Jane Fonda.

Andy Warhol and Mick Jagger first met in 1964 at a party for the Rolling Stones in New York, during the band’s first US tour. When they met, both artists were on the rise to fame. Jagger would eventually become an active member of the Factory scene, which led to the friendship between him and the artist. Andy Warhol became very close friends with Jagger, his wife Bianca, and even taught their daughter Jade how to paint.

Although Warhol admired many of his subjects, his bond with Jagger was more than a personal friendship. The two collaborated many times in their professional life as well, working together for the first time in 1971 on the album artwork for Sticky Fingers (1971). This iconic cover design features a close up of a man’s crotch in tight jeans, with a functional zipper and belt buckle. Besides works like Mick Jagger 146, Warhol and Jagger’s blossoming friendship would lead to a number of artistic collaborations during their careers. In the summer of 1975, Jagger and his wife Bianca rented Warhol’s Long Island home. There, Warhol captured the famous polaroids of Jagger that would form the basis for the series.

When talking about his admiration for Jagger, Warhol once said, “1 – He’s very talented; 2 – He’s very intelligent; 3 – He’s very handsome; 4 – He’s very adorable 5 – He’s a great business person; 6 – He’s a great movie star; 7- I like his fake cockney accent… Image is so important to rock stars. Mick Jagger is the rock star with the longest running image.”

The feelings of admiration were mutual between the two friends. In tribute to the late artist, Mick Jagger stated: “The thing that he seemed to be able to do was to capture society, whatever part of it he wanted to portray, pretty accurately. That’s one thing artists do, is show people later on what it was like. If you want to be reminded of a certain period, you can look at what Andy was doing then. He was very much in tune with what was going on. Of course, he was criticized for that, for being sort of trendy. But I think some people’s great forte is being so in touch.”

Mick Jagger 146 features the lead singer of British rock band The Rolling Stones. The series of ten screen prints shows the rock ‘n roll bad boy through a variety of different poses, facial expressions, and abstracted blocks of color. Besides being some of his most iconic work, Warhol’s Mick Jagger portfolio highlights the complexities of Jagger as an artist and friend.