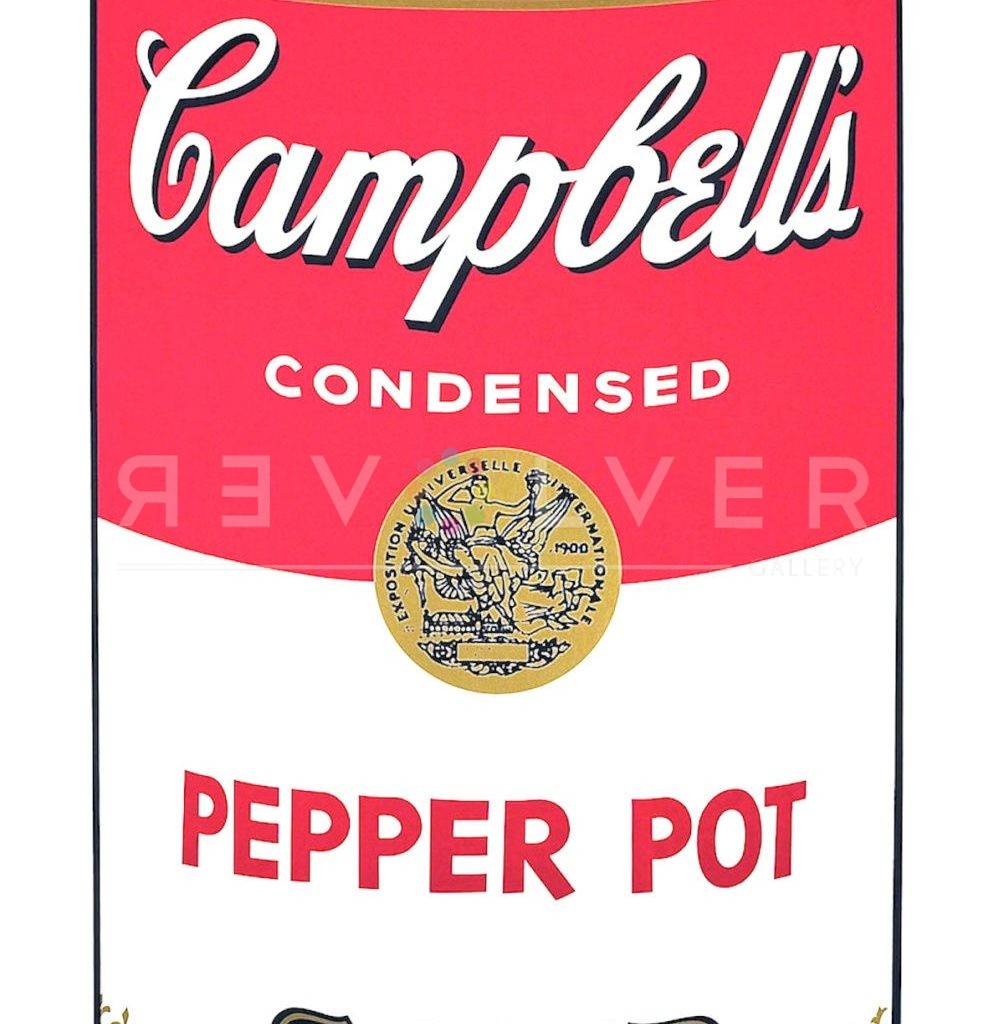 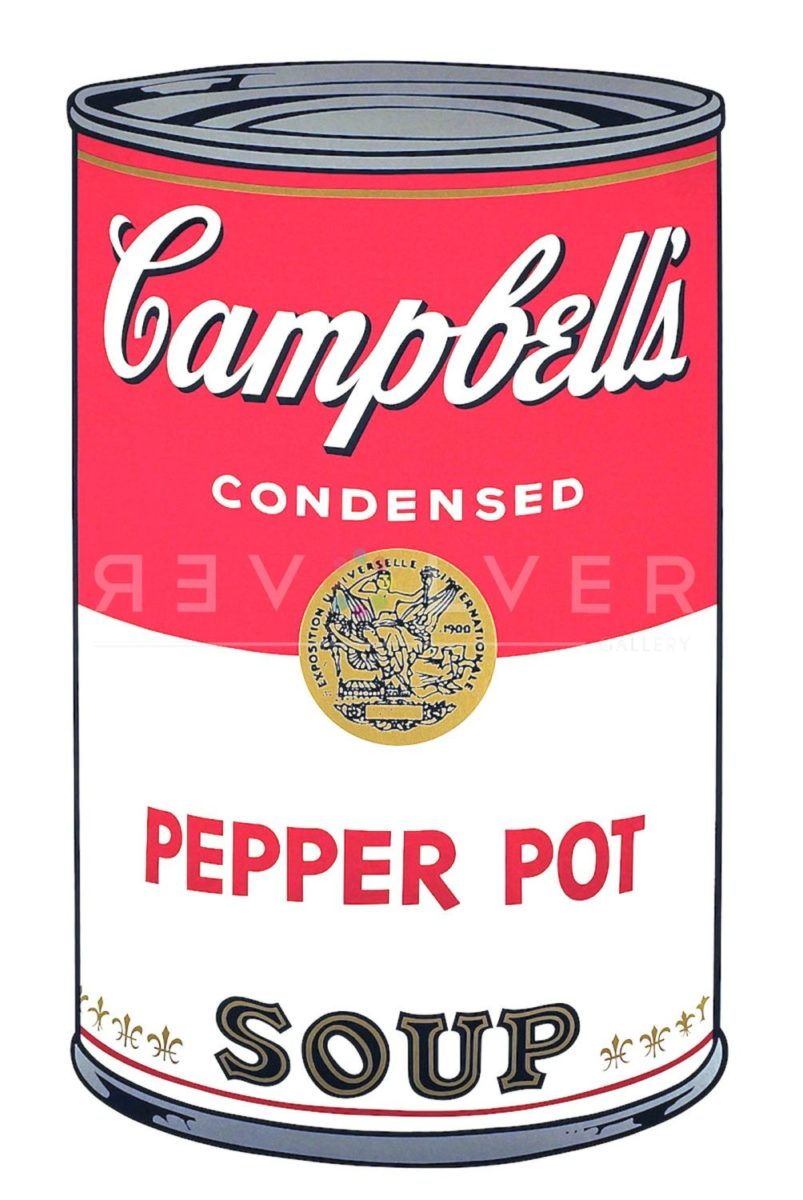 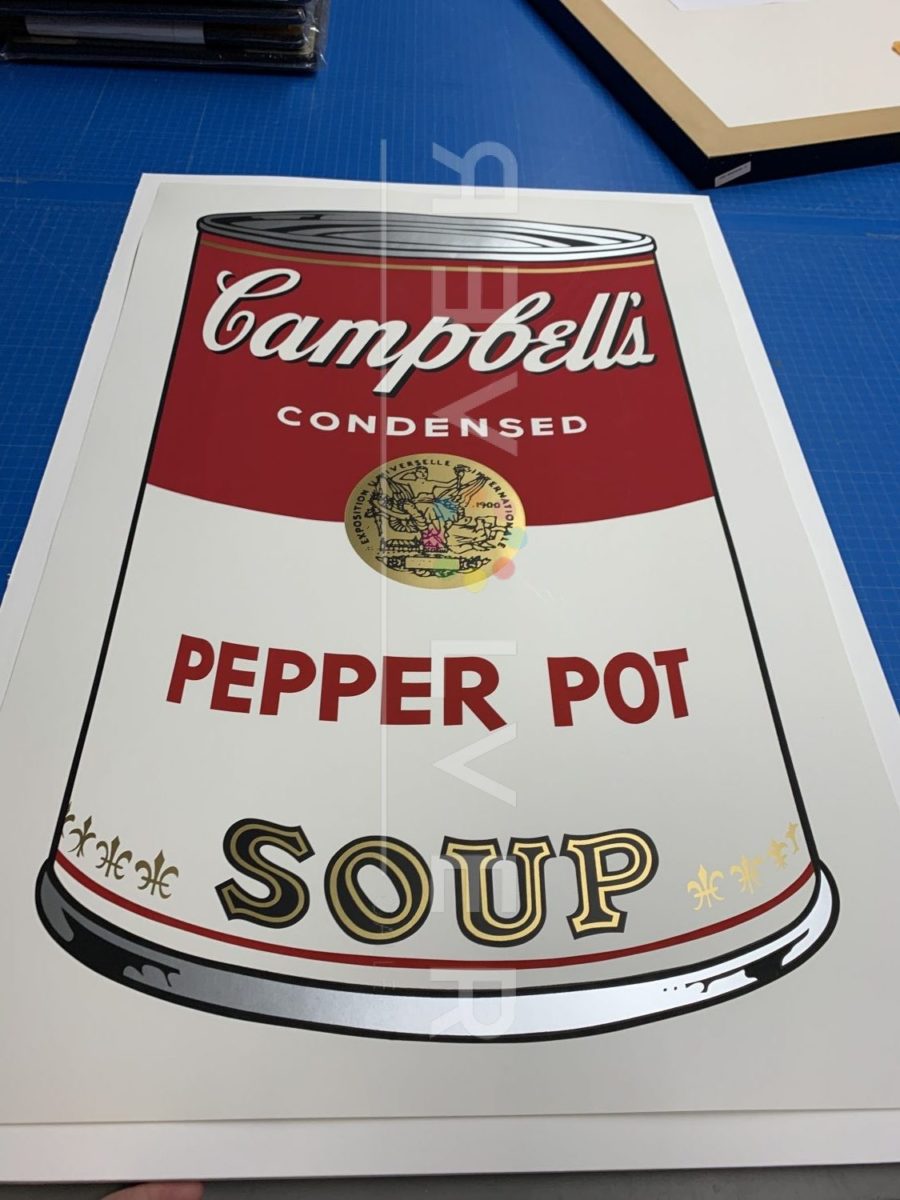 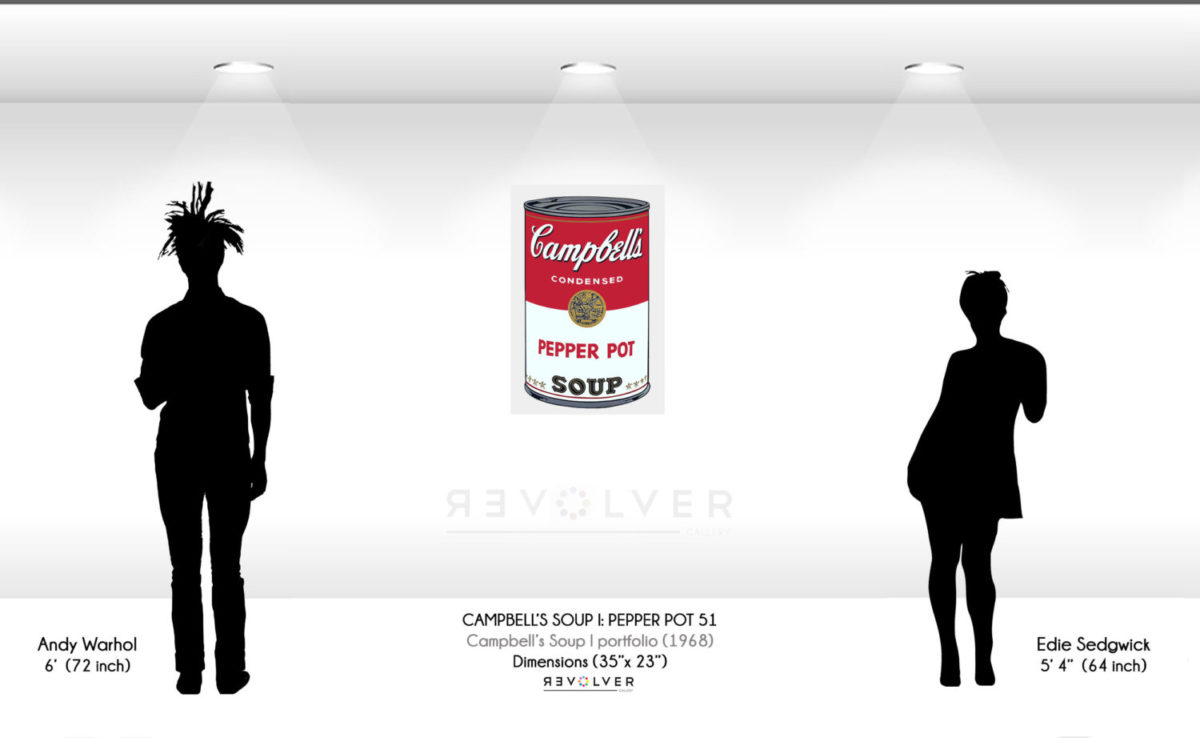 In 1962, Warhol’s first solo exhibit shocked audiences at the Ferus gallery in Los Angeles. 32 exact replicas of Campbell’s original product perplexed artists and critics. The paintings’ presentation resembled a grocery store aisle. Some artists thought the commercial subject matter was naught but a flagrant appropriation of a simple commodity. At the time, abstract expressionism was the dominant art style, and Pop Art hadn’t yet seen critical acclaim. Nobody had ever seen anything like it, and some people questioned the artistic value of the work. However, others loved the exhibit, and the soups were an ultimate success. Decades later, the soup cans remain controversial, and have become some of the most important works in modern art history.

A closer look at Warhol’s habits and beliefs help us to understand prints like Campbell’s Soup Cans I: Pepper Pot 51. Andy Warhol loved Campbell’s soup, and claimed to drink it almost everyday for 20 years. Besides loving the taste, the motivation behind Warhol’s soup cans lies in his interest in commerce and his fascination with 20th century industrial achievement. Warhol’s history as a commercial artist led him to an interest in mass-production and advertisement. His Ads series further emphasizes this theme. Typically, most people didn’t see a relationship between art and commercial products. For Andy, art and consumerism were closely related. In fact, it’s no coincidence that he called his New York studio “The Factory.” Subsequently, he started Factory Additions, his own publishing company. Some of the first series he published and distributed were the Campbell’s Soup Can portfolios, as well as the Marilyn series.

Andy saw perfection and incredible convenience in ubiquitous consumer products. To him, mass-produced commodities were a viable source of art and inspiration. Unlike the abstract expressionists of the era, his pop-art is non-expressive and emotionless. Instead, much of Warhol’s artwork is ironic, and makes commentary on the status quo of art. Rather than choosing subject matter from themes like nature, emotion, violence, or human struggle, Warhol found inspiration in artifacts of industrial production. He understood widespread commodities as a direct expression of the current culture, and a signifier of human achievement. Furthermore, Andy saw a close relation between art and business. After all, people buy and sell paintings like valuable commodities in the art market. Instead of creating complex paintings, Andy depicted objects that were already for sale.

Campbell’s Soup Cans I: Pepper Pot 51 is a hallmark of modern art. Ultimately, the soups represent Warhol’s fascinations and bold Pop style, and remain as his most recognizable works. In regards to art history, the soup cans were instrumental in elevating the Pop Art genre to the realm of high art. Through them, Andy helped redirect people’s attention towards alternative sources of art and inspiration, and caused people to reconsider established codes of artistic value.