Dave Navarro (JANE’S ADDICTION) and Billy Morrison (BILLY IDOL) team up with Revolver Gallery and special guest performers to present “Above Ground”. The event takes place on Monday, April 16 at The Belasco Theater in downtown Los Angeles. This immersive evening of art and music — begins at 8 p.m. celebrating the vinyl album as an art form, and at the same time raise awareness and funds for the treatment of mental health, with the profits being donated to MusiCares. Expect the musicians to perform two seminal albums in their entirety — first “Kings Of The Wild Frontier” by ADAM AND THE ANTS and then “The Velvet Underground & Nico” by Lou Reed and THE VELVET UNDERGROUND — with completely different stage sets and production for each album’s performance. 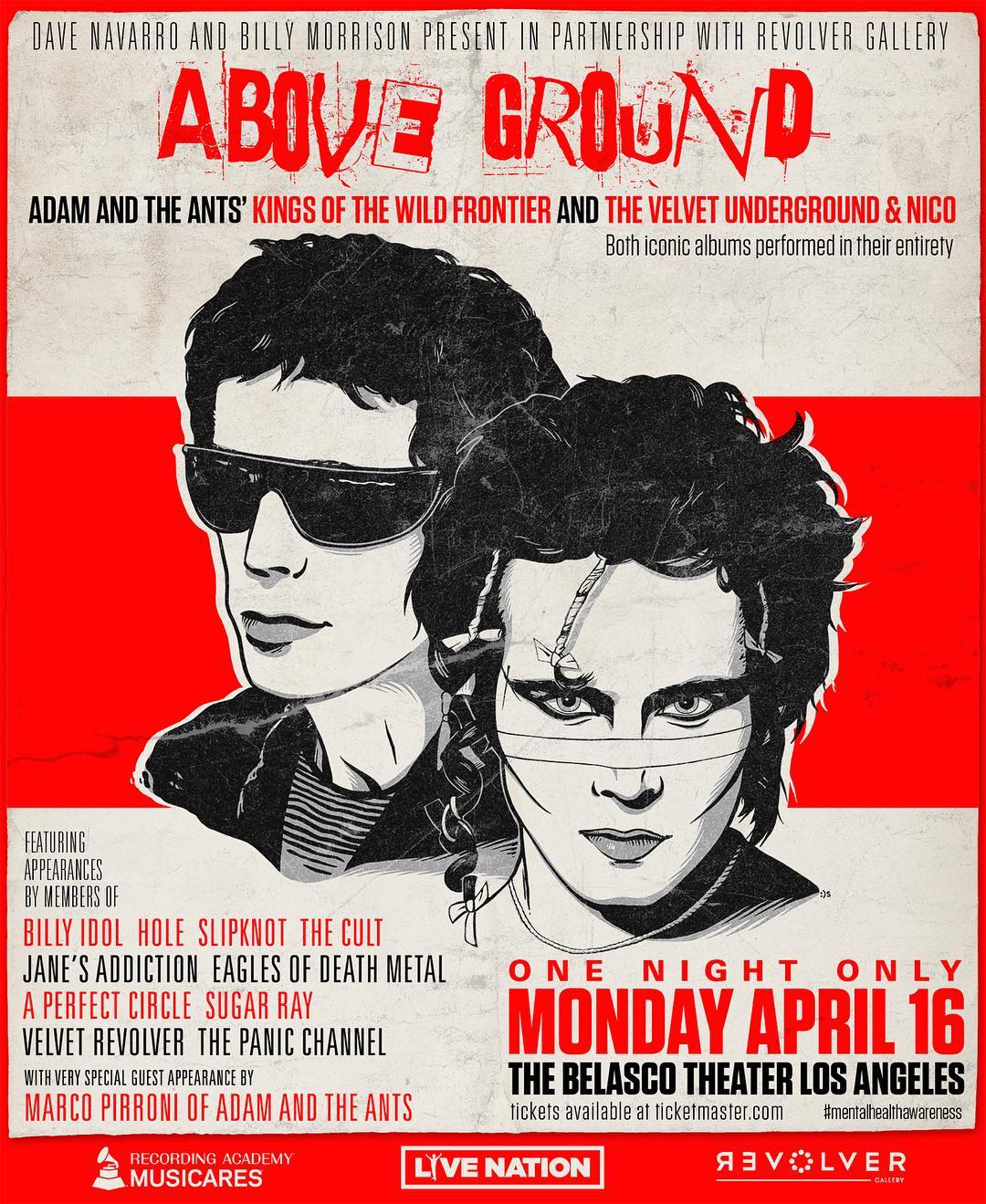 Tickets are priced at $100 each and go on sale Saturday, February 24 starting at 10:00 a.m. via Ticketmaster.com and LiveNation.com. View a trailer for the event below.

During the intermission between performances, there will be speeches from people in the mental health field and a small memorabilia auction to raise funds, along with art displays and information booths. Revolver Gallery will showcase works by Andy Warhol and MusiCares(currently focusing on the mental health arena and all the challenges that are faced in that field)will be present at the event.

When Navarro and Morrison sat down over coffee recently and started to talk about music, art, the lost love of the vinyl record, and at the same time their own mental health and their different battles in the same arena, it became apparent immediately that they both wanted to do the same thing — to celebrate life, to pay homage to records that truly shaped them both as musicians, and at the same time to raise awareness, funds and hope for people suffering from depression. This is how “Above Ground” was born.

The way music is recorded, performed and heard changed dramatically over the years. The days of vinyl albums, lovingly crafted and put together, with the all-important side two flip of the physical record has disappeared. The idea of a story that gets told throughout the album has largely faded away. There is also a disastrous loss of amazing talent through the twin tentacles of suicide and depression. The common misconception that an artist who is “famous” or “rich” has nothing to be depressed about is just a complete falsehood. Moreover, the act of asking for help is still something that is shrouded in misplaced embarrassment, humiliation and shame.