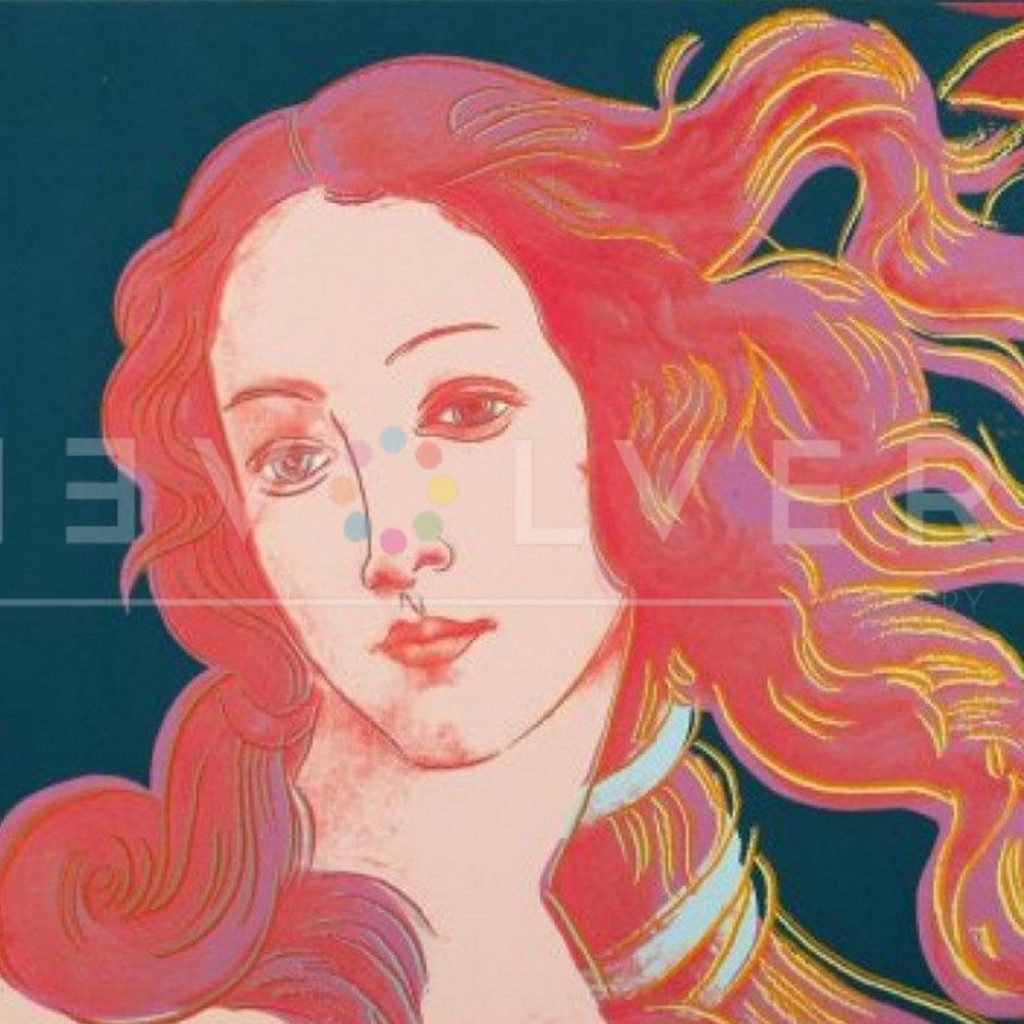 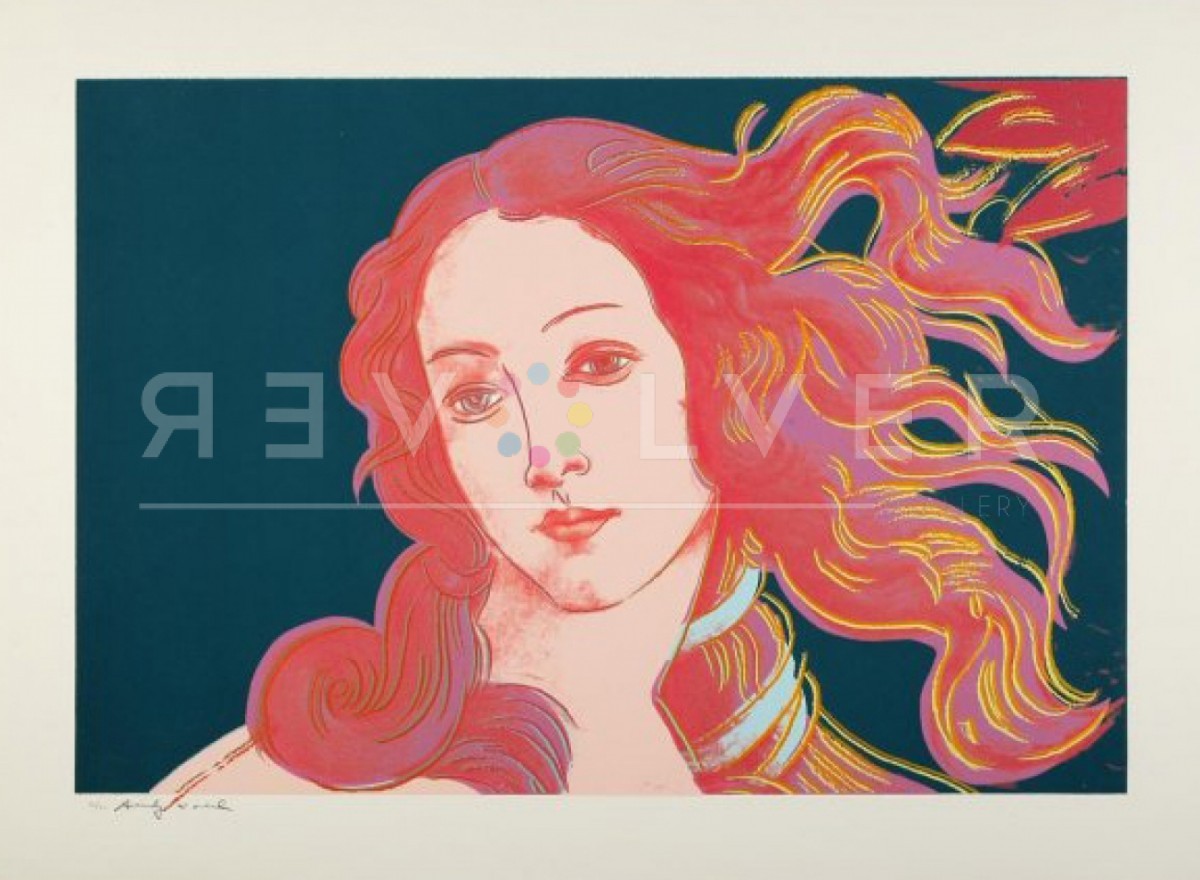 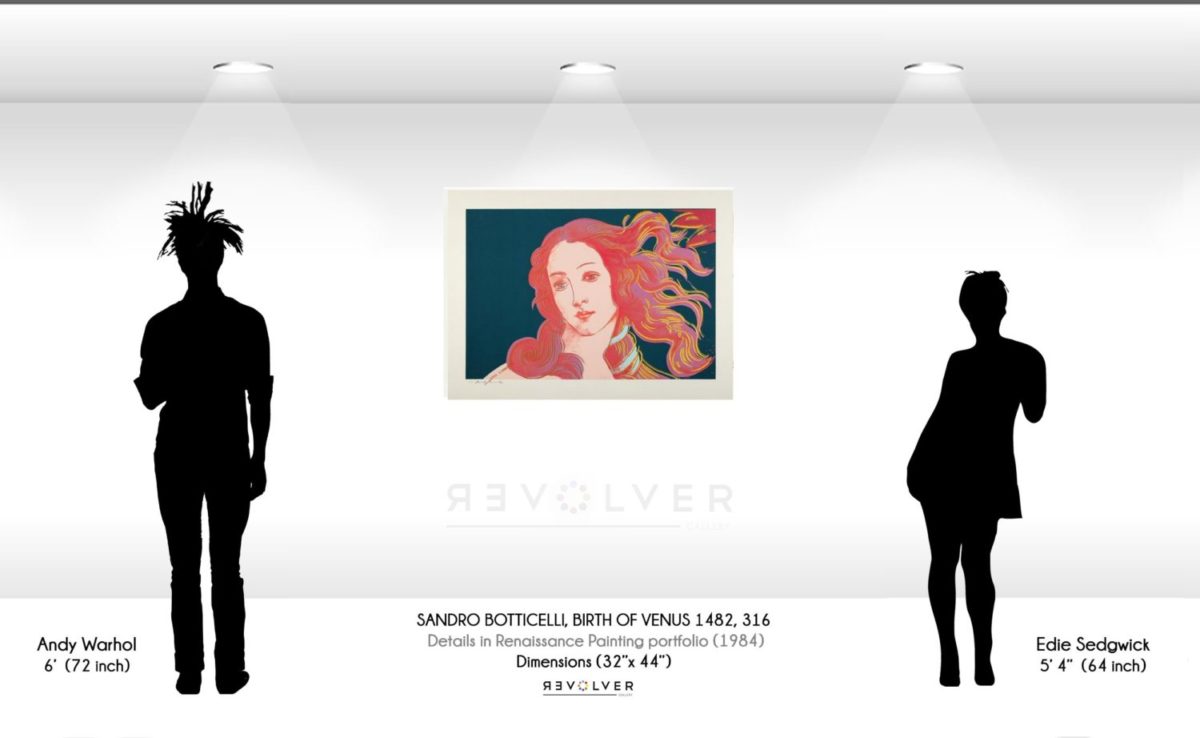 Birth of Venus 316 by Andy Warhol is a screenprint from his Birth of Venus series. In 1984, Andy Warhol reinterpreted Sandro Botticelli’s painting of Venus, the Roman goddess of love. Giving her the Pop Art treatment, Warhol makes her over into a Hollywood star, resembling the likes of Marilyn Monroe. In these works, he chooses to zoom in, and focus on her face and flowing hair. Warhol’s Pop rendition of such a classical image calls to mind the ancient ideals of female beauty. We are invited to ponder the ever-changing tides of such ideals as we are confronted by the glorious fluke of a 20th century Venus. A trial proof from this series ranks among Warhol’s top 10 most valuable prints ever sold.

Botticelli’s Birth of Venus is one of the most beloved Renaissance paintings. For Warhol’s reimagination, he created four screenprints of the goddess’s face, each of which have their own vibrant color pallet. Warhol left the background plain, allowing her portrait to pop. In Birth of Venus 316, Venus is shown with fiery orange flowing hair against a dark green backdrop. Her calm facial features contrast with the vibrant composition, making for a harmonious and placid work.

Warhol’s Birth of Venus series is not his only foray into the Renaissance era. In the 1980’s, Warhol became fascinated with the master artists of the past, and created many renditions of their works. Besides Botticelli, Warhol created prints inspired by artists such as Leonardo da Vinci and Piero Della Francesca. Other works from the enigmatic collection include Saint Apollonia, The Annunciation, and Brera Madonna, all of which are available at Revolver Gallery.

Warhol became especially intrigued by Renaissance paintings in 1963 after attending The Mona Lisa’s first exhibition in New York. The attention and sensationalism surrounding the Mona Lisa blew him away. Later that year, he created Thirty Are Better Than One, in which he repeated the portrait 30 times. Warhol continued to experiment with the idea of mass-producing Renaissance portraits, created such notable works as Sixty Last Suppers. He would go on to revisit the concept in the 1980s, creating Details of Renaissance Paintings.

Warhol saw great financial and critical success in the 1980s, partly due to his affiliations with younger artists, such as Jean-Michel Basquiat. It was a very prolific period for him, ended only by his death in 1987. During the decade, he produced significant works like Ten Portraits of Jews, and Cowboys and Indians. Notably, one can see Warhol’s increased use of the collage style during this period—evident in Reigning Queens, Wayne Gretzky, and Karen Kain—which began to take shape in the 1970s with works like Mick Jagger.

Despite all of its praise, Warhol expressed disillusionment with Birth of Venus. He spoke of the process in his diaries: “The Details. I hate them. Like details of the Botticelli ‘Venus.’ But people are loving these best. It makes you wonder.” In the end, Birth of Venus 316 is a quintessential Warholian project. He alienates Venus from her original context, and relocates her in order to start anew. It is the ultimate Pop Art maneuver; an attempt to re-enchant what has grown too familiar.

Warhol’s appropriation of such a sacred image of the arts was surely open to criticism. Regardless, inducting the work into the Pop Art genre only reinforced Warhol’s attitude that all things can be commodified; that art is for the masses, not just the elite few. 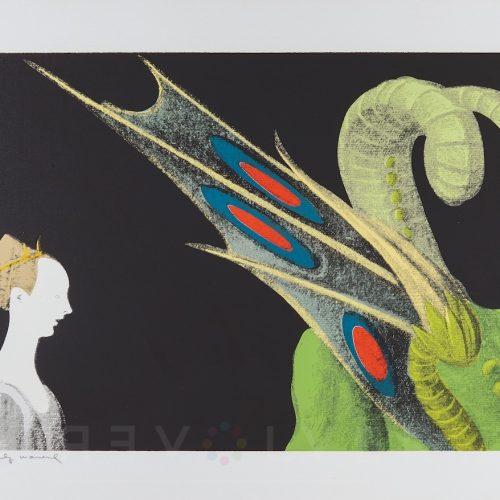 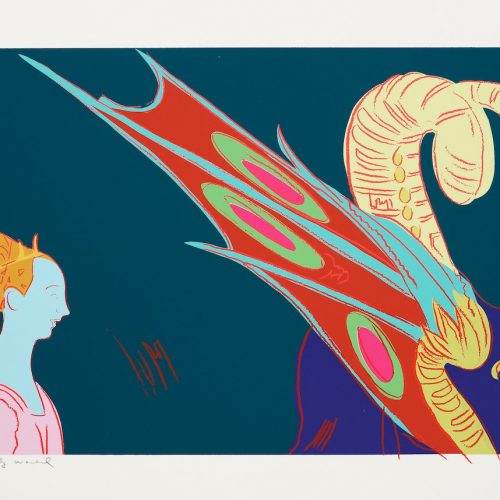 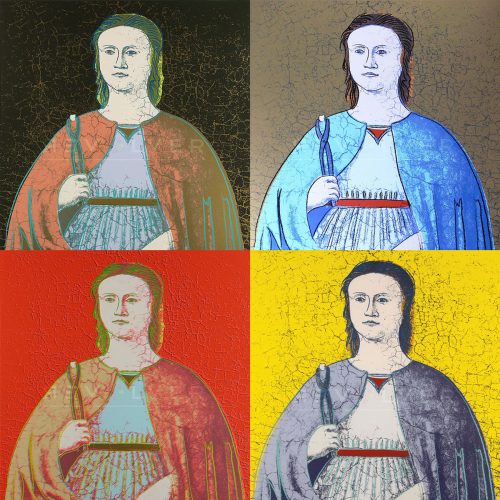 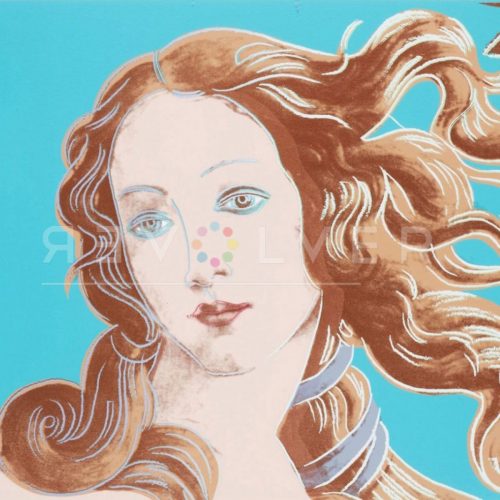 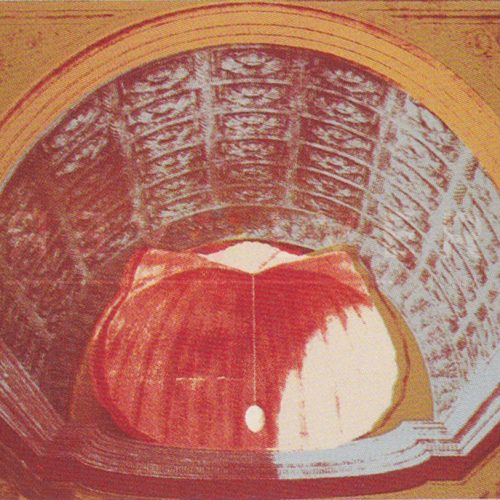