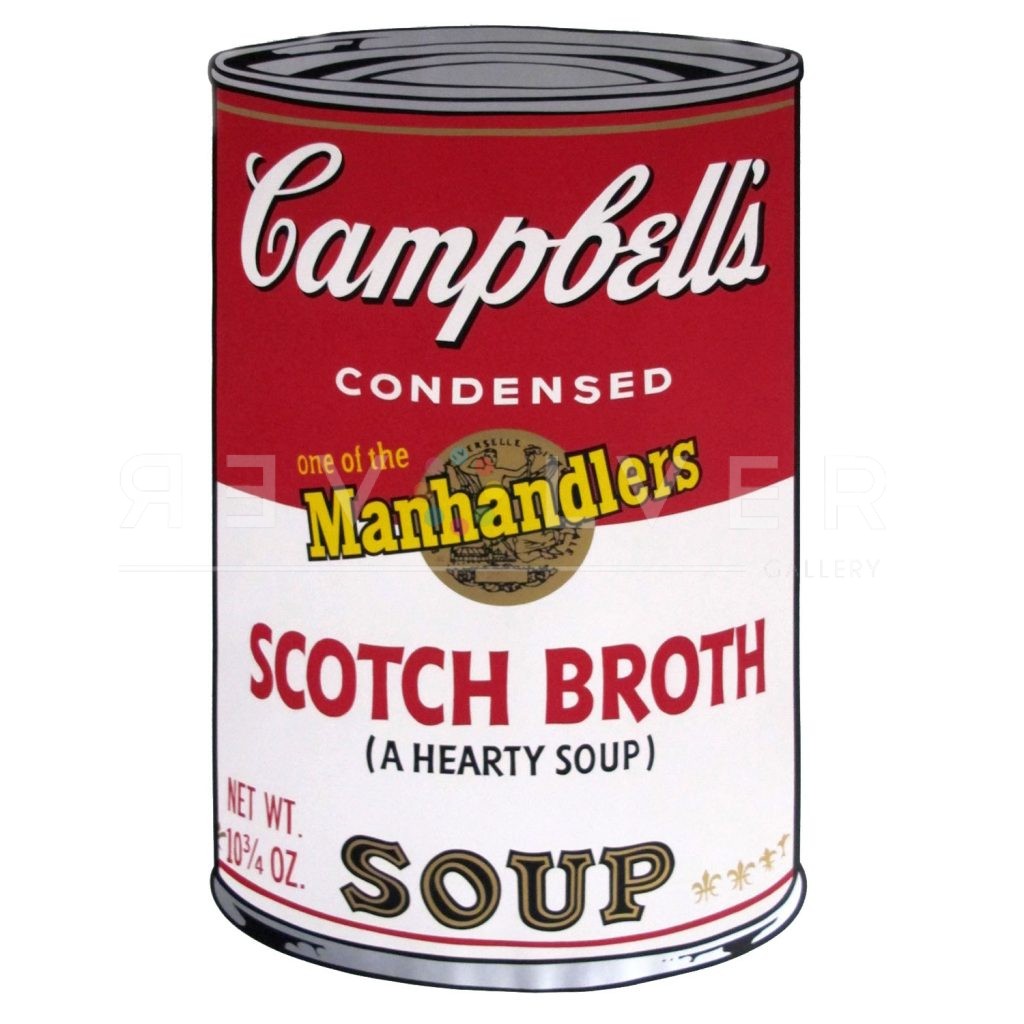 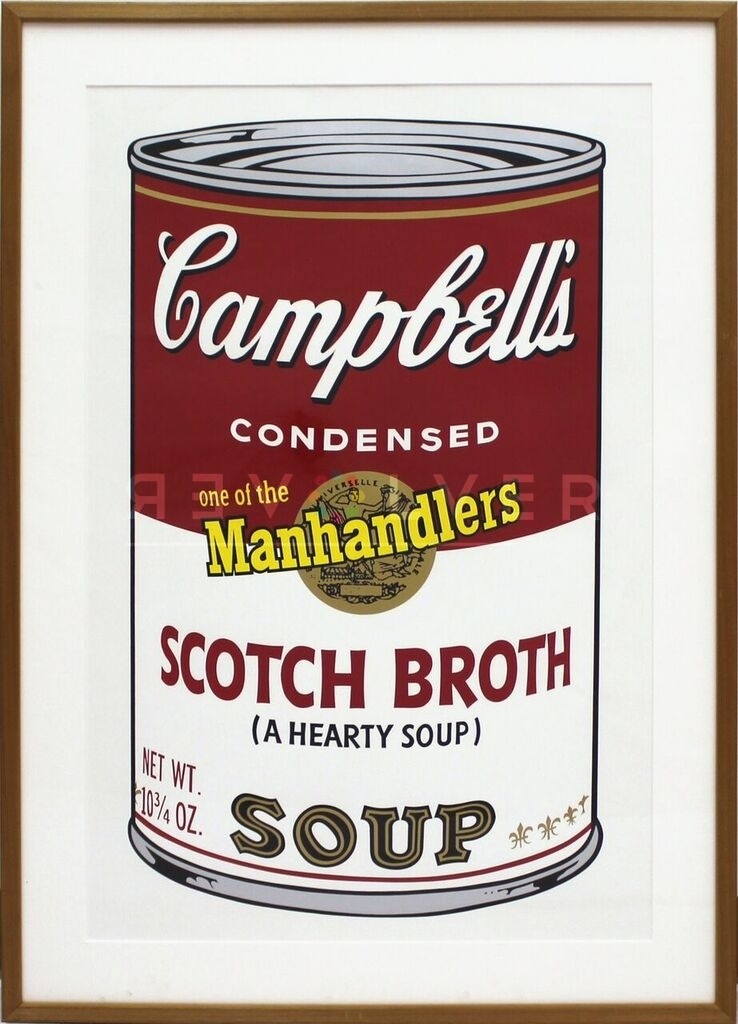 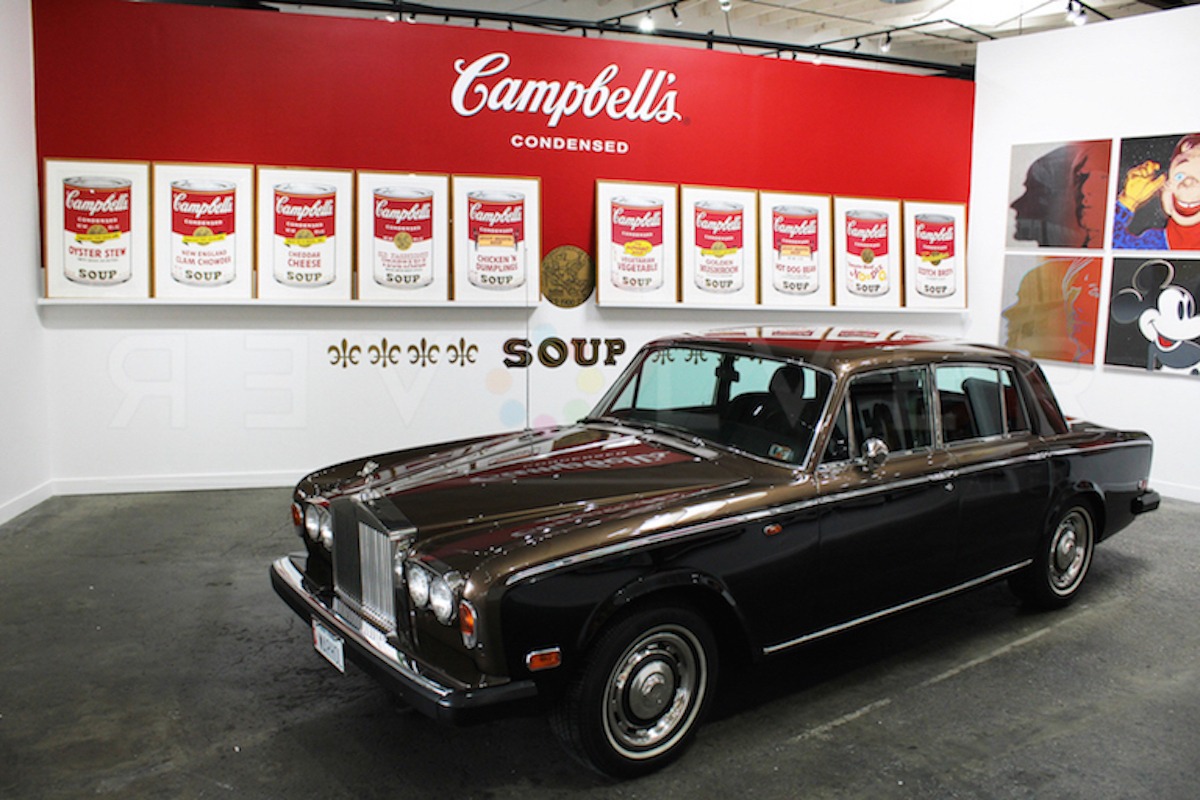 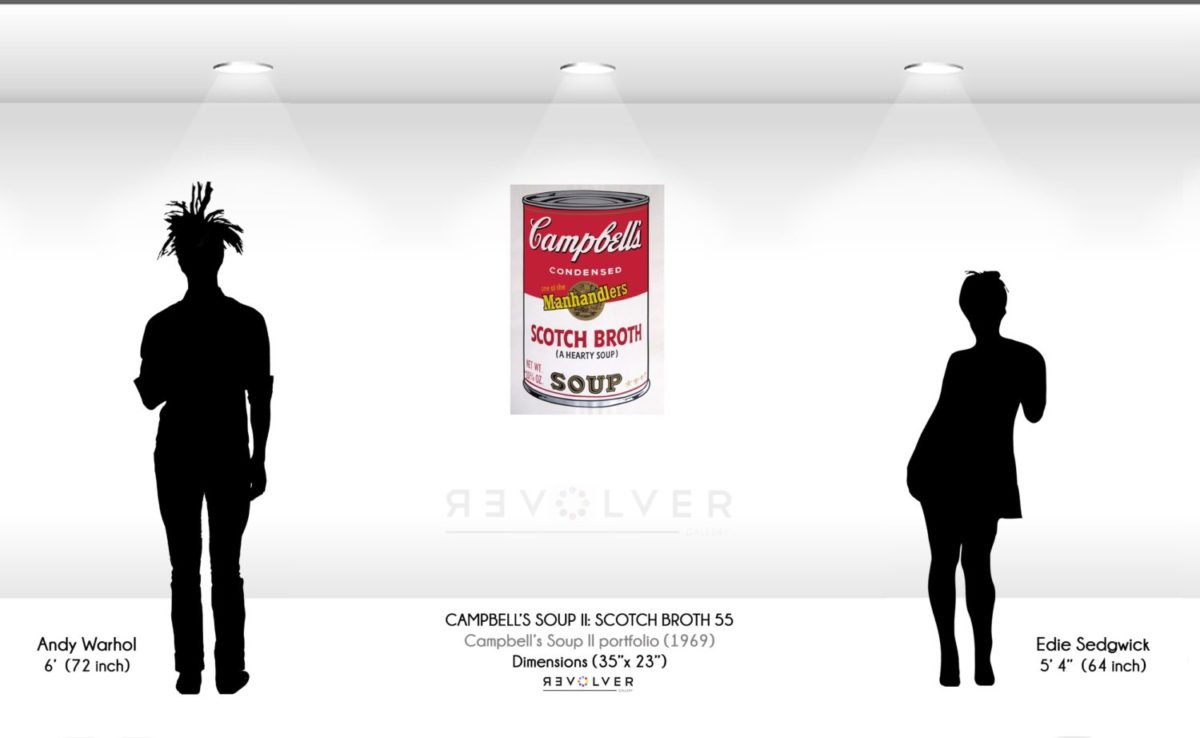 Edition: Edition of 250. Signed and numbered in ball-point pen and numbered with a rubber stamp on verso. There are 26 AP signed and lettered A – Z in ball point pen on verso.

Although Warhol’s 1969 portfolio still presents the same familiar red and white design, Campbell’s Soup II showcases ten additional Campbell’s Soup cans, each of which are a different flavor. This new collection of prints has the same trademark design, but with the addition of new graphics. In place of the traditional Campbell’s golden seal, the label on Scotch Broth 55 reads: “one of the Manhandlers: Scotch Broth (a hearty soup).” This unique design fits well into Warhol’s already existing portfolios, with its traditional design style and repetitive appearance.

Other works from this series include New England Clam Chowder 57, Hot Dog Bean 59, and Chicken N’ Dumplings 58. These unusual soups which Warhol included in his second series are all real flavors of Campbell’s Soup. Each soup can has its own unique label illustrations.

The Campbell’s Soup Can is one of the most iconic pop art images of the century, serving as a symbol of consumer culture and advertising. To create this famous design, Warhol appropriated an ordinary object and transformed it into a work of fine art. Warhol wanted to draw artistic attention to common items, which greatly fascinated him. With his Campbell’s Soup Cans, Warhol challenged ideas of what could be deemed socially and artistically acceptable.

Although the Campbell’s Soup cans are arguably some of his most notable works, Warhol’s first series, 32 Campbell’s Soup Cans, received quite a bit of controversy when first shown in 1962. The commercial subject matter confused many artists and critiques, who ridiculed Warhol for the series.

Due to the unfamiliar subject matter of Warhol’s Soup Cans, some people questioned the significance of his work. 59 years after their debut, people still may debate the value of Warhol’s soup cans. So, why did Andy Warhol choose to create these Campbell’s Soup cans?

Not only did Warhol have a clear fascination with consumerism, but he also expressed his personal connection to the company. “I used to drink it [Campbell’s Soup]. I used to have the same lunch every day, for twenty years, I guess, the same thing over and over again”. Warhol simply loved soup, specifically Campbell’s, therefore he found it appropriate to pay homage to the brand.

Campbell’s Soup I: Cream of Mushroom 53