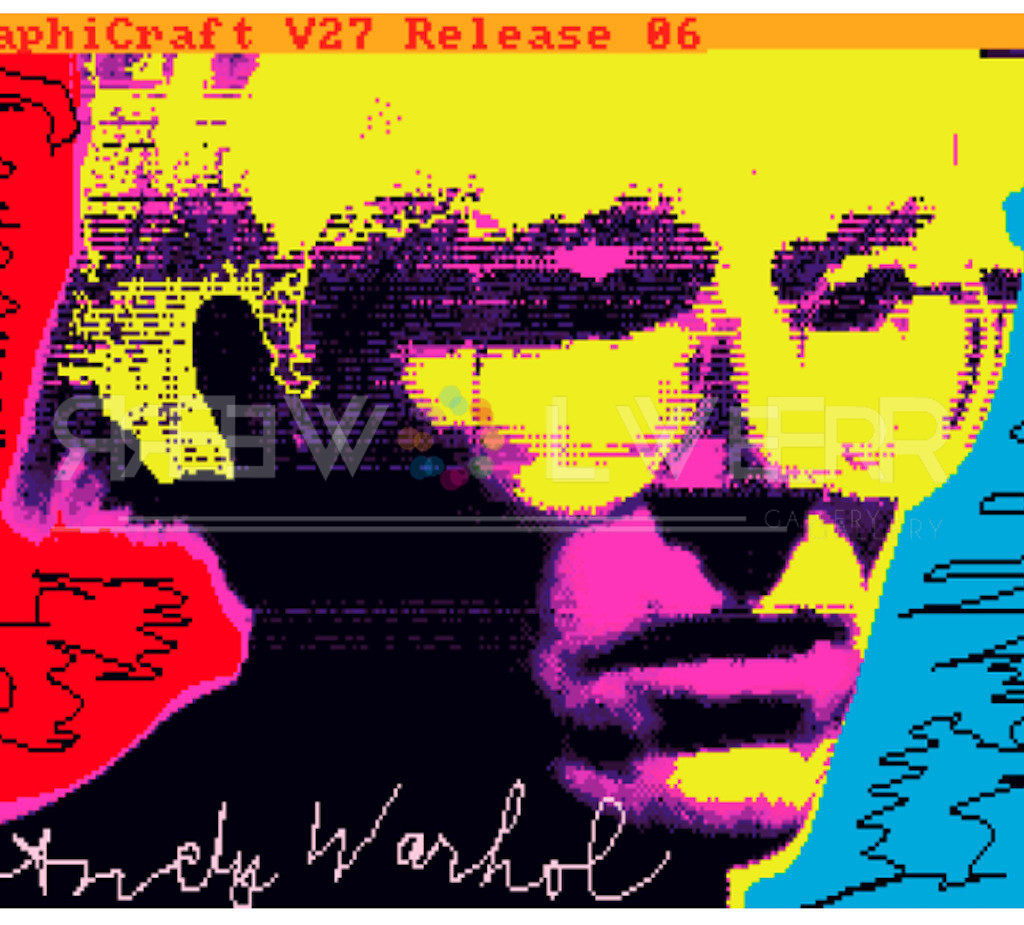 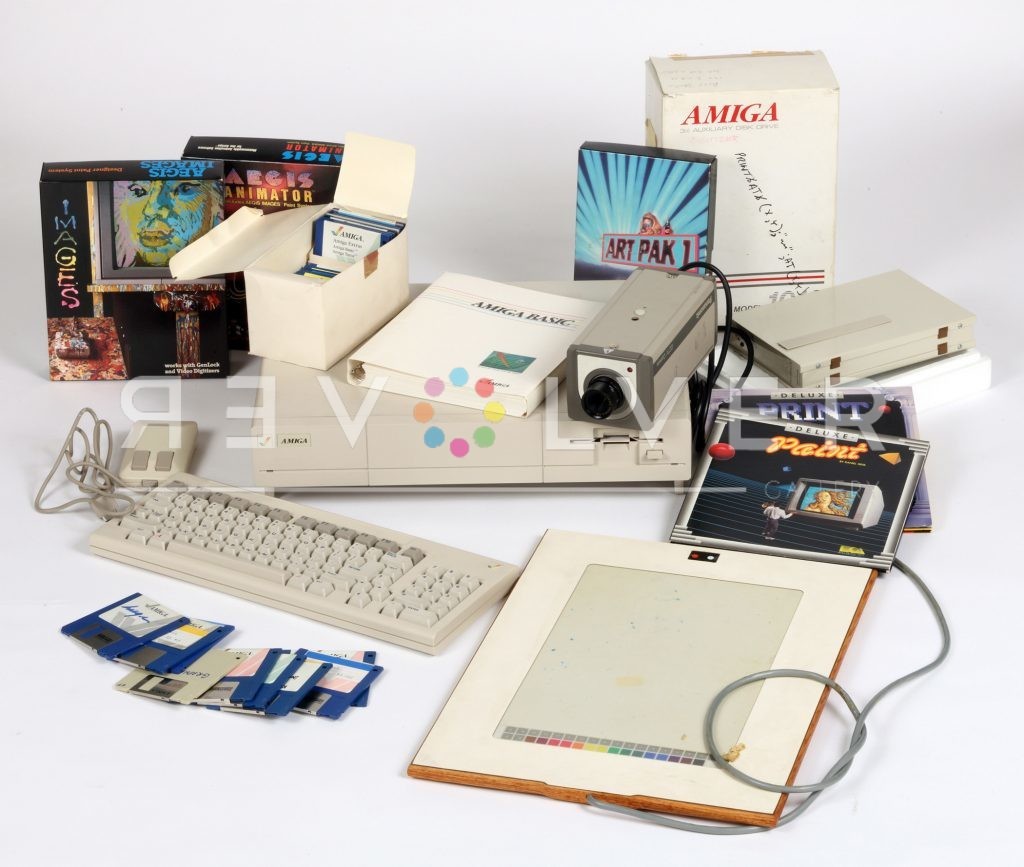 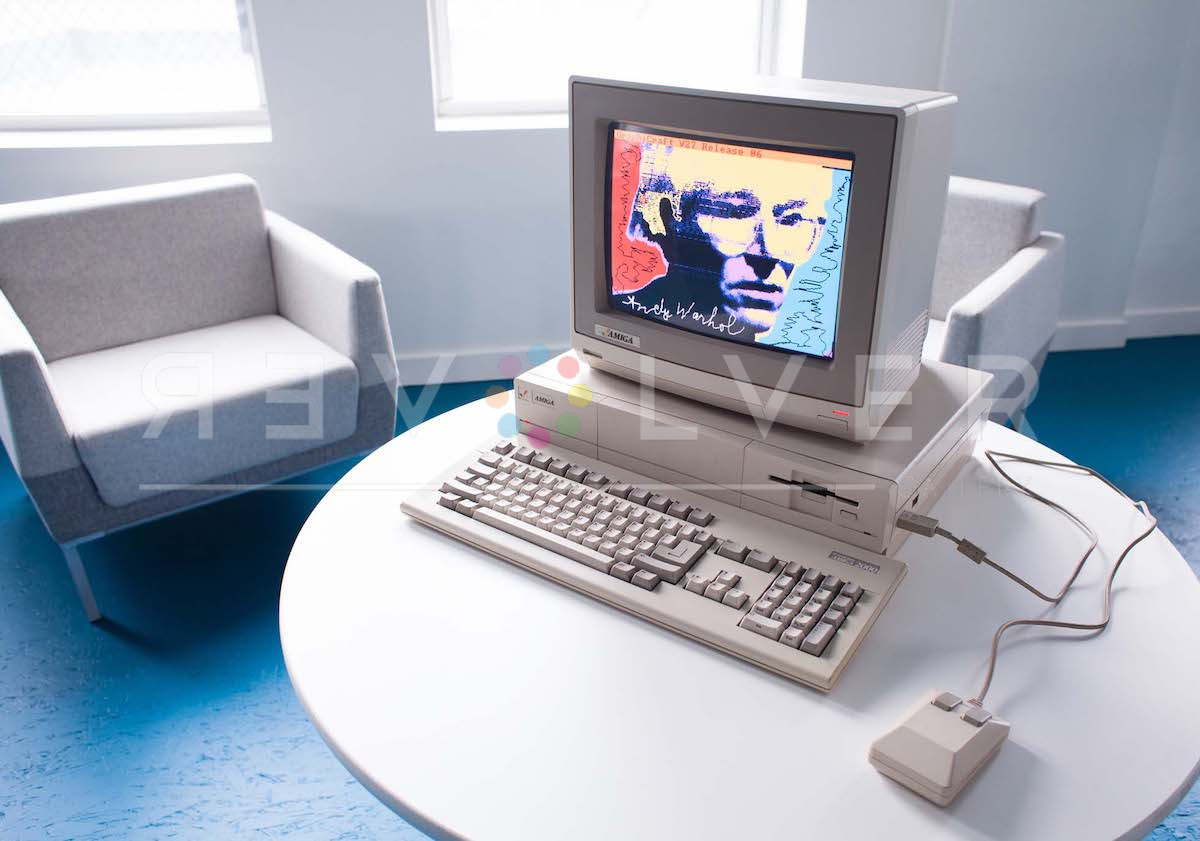 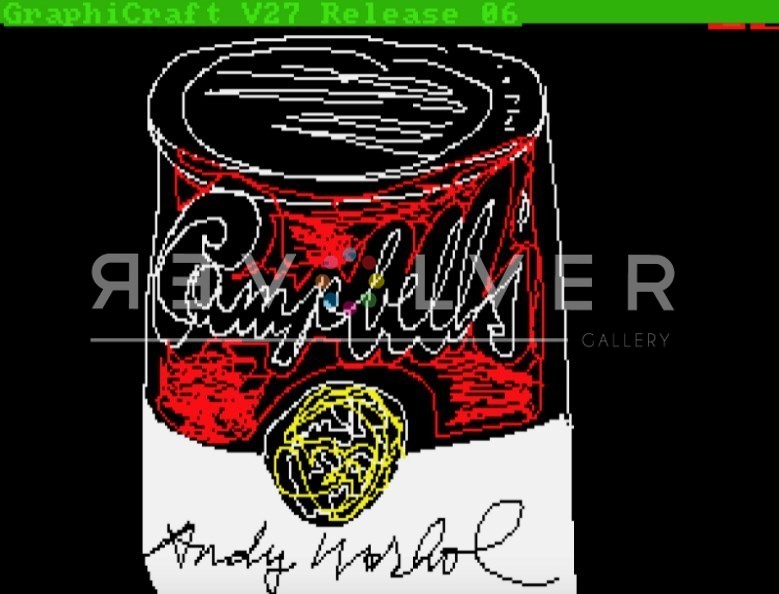 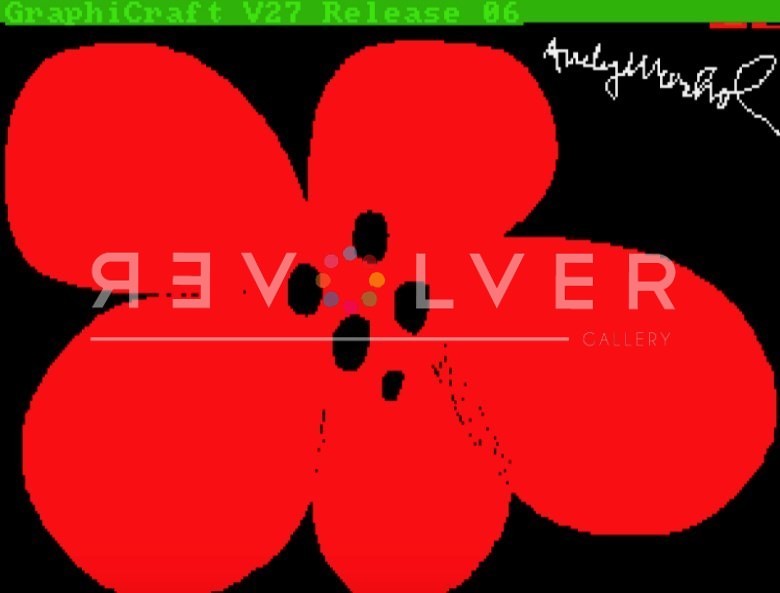 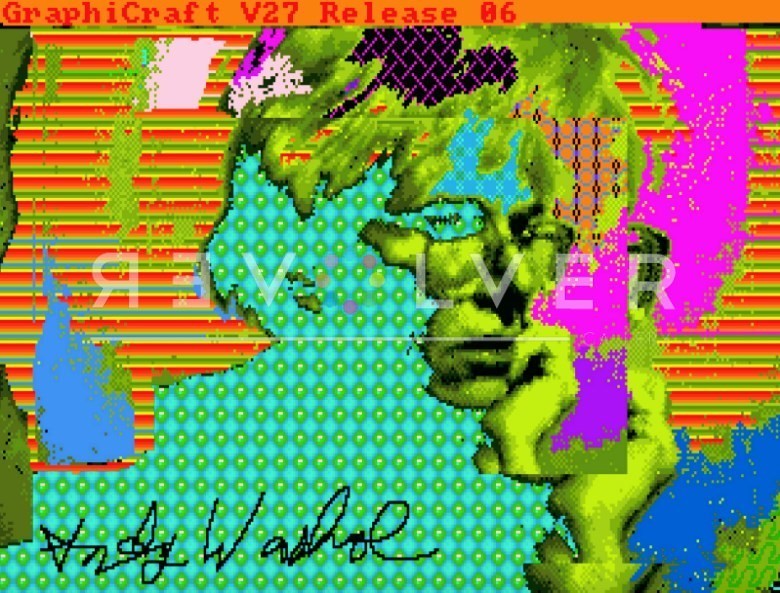 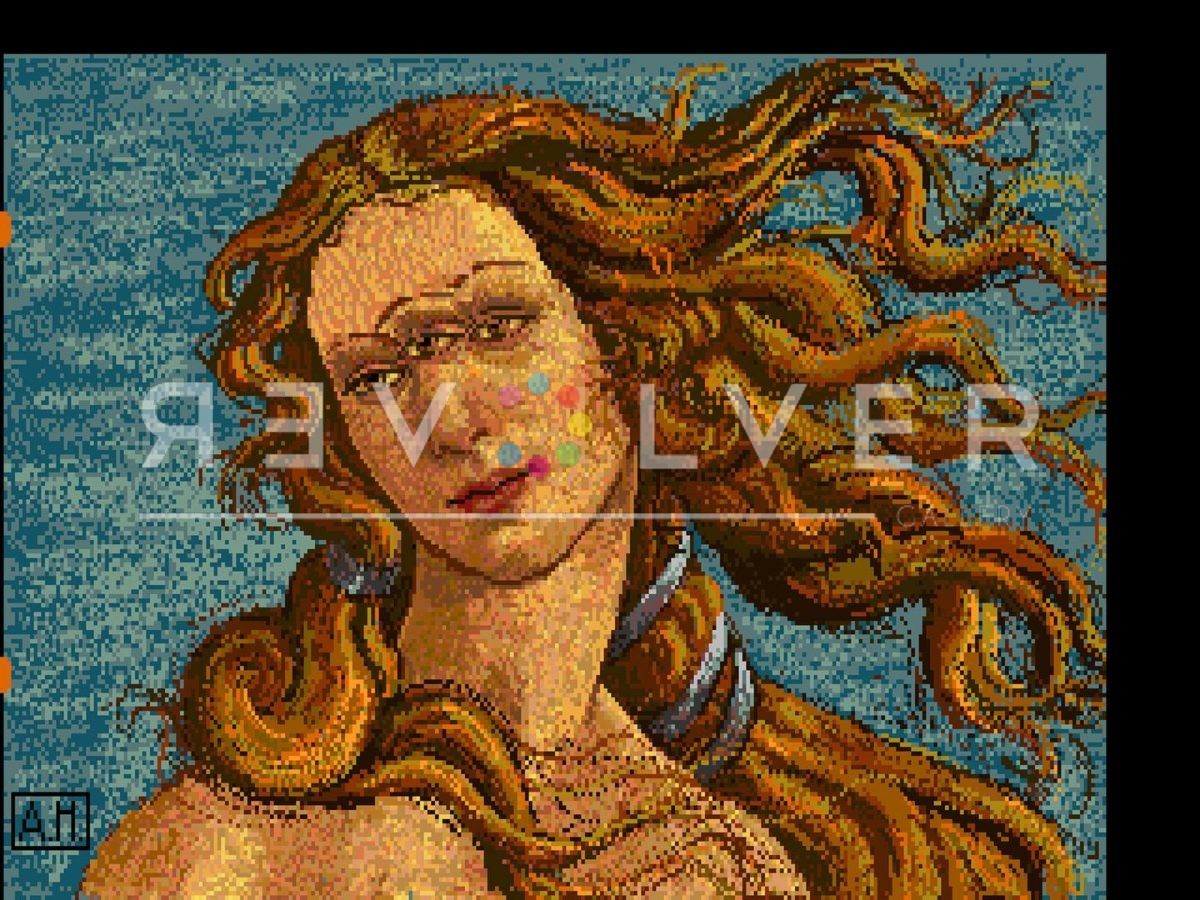 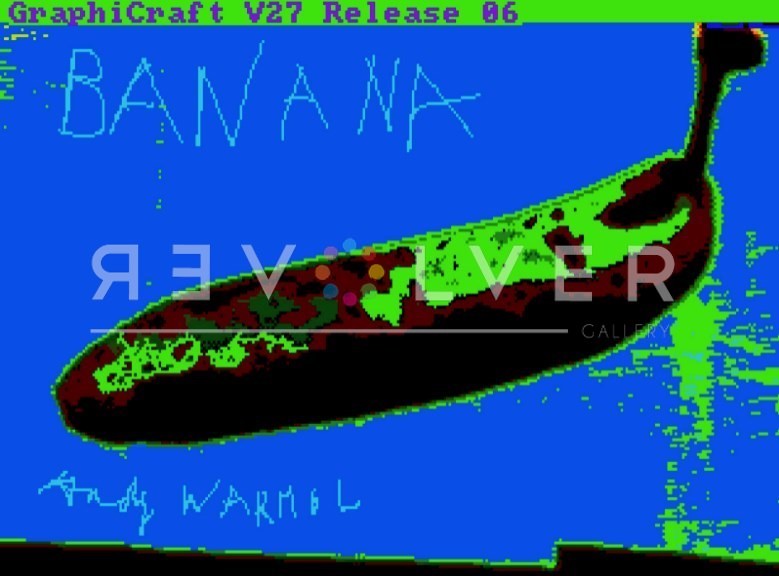 Untitled (Self-Portrait) by Andy Warhol is a digital painting made with ProPaint on an Amiga 1000 computer in 1985. It is one of 28 images that a group of retrocomputing experts recovered from Warhol’s old floppy disks in 2014. Seven years later, the Andy Warhol Foundation released five of the images in the form of NFTs (non-fungible tokens) to be auctioned between May 19th and May 27th, 2021. The five Andy Warhol NFT digital paintings are the first works officially released by the Foundation since the weeks following Warhol’s death in 1987. Untitled (Self-Portrait) has a rich history, both in its initial creation and its adaptation to the NFT boom in 2021. Notably, the digital artwork outranks Warhol’s top 10 most valuable individual prints ever sold.

During the intensely competitive home computer market of the early 1980s, Commodore International hired Warhol as part of a branding campaign to show off the Amiga’s then-revolutionary graphics capabilities. Warhol became a brand ambassador for Commodore, who gave Warhol his first computer in 1985. But Commodore wasn’t the only tech company pursuing Warhol’s attention. One year earlier, Warhol met Steve Jobs at a birthday party for Sean Lennon. “There was a kid there setting up the Apple computer,” Warhol recalls in his diary. “I said that once some man had been calling me a lot wanting to give me one, but that I’d never called him back or something, and then the kid looked up and said, ‘Yeah, that was me. I’m Steve Jobs.’” Jobs then taught him how to use the elementary drawing features, which Andy played around with enthusiastically. Although Jobs desperately tried to get Andy to use MacPaint, Warhol never created artworks with a Macintosh. At the time, Apple’s computers only worked in grayscale, so the Amiga—which boasted 4,096 colors—was the obvious choice for Warhol. “It’s a $3,000 machine that’s like the Apple thing but can do a hundred times more,” he writes in his diary.

On July 23rd, 1985, Warhol created a live painting of Debbie Harry on stage during the Amiga World Premiere. Debbie posed for a video camera, with a live feed running to Warhol’s screen. He captured a digital snapshot of the model, and used various creative tools to color and paint her portrait while resident Amiga artist Jack Hager guided him through the process. Afterwards, Hager asked what computers Warhol worked on before. He responded: “Oh I haven’t worked on anything. I’ve waited for this one,” drawing applause and laughter from the audience.

In later experiments on his own time, Warhol created digital renderings of the Campbell’s Soup Can, a Banana, Marilyn Monroe, and a three-eyed version of Boticelli’s Birth of Venus, plus more. Warhol loved the computer. When asked by Amiga World magazine if he saw it as a major tool, he responded “Oh, yeah. It would save a lot of time.”

Untitled (Self-Portrait) is one of two “digital selfies” Warhol created, way ahead of the age of the selfie. Moreover, the artist’s early engagement with the Amiga makes Warhol one of, if not the first artist to experiment with digital art. As the definitive 20th century artist, Warhol’s relationship with the Amiga only adds to the prolific nature of his life and career as one of the greatest innovators the art world has ever seen.

Ultimately, all of Warhol’s files became lost to obsolete floppy disks. However, in 2014, Cory Arcangel and members of the Carnegie Mellon Computer Club banded together to retrieve Warhol’s lost paintings. After months of reverse-engineering Commodore’s old computer software, the team was able to recover the files. Nearly thirty years after the artist’s death, The Andy Warhol Foundation released the never-before-seen digital pieces, all of which retain the unmistakable quality of Warhol’s work; yet in a medium completely alien to the rest of his oeuvre.

In 2021, five of Warhol’s digital works including Untitled (Self-Portrait) were minted as NFTs and offered at auction. The historical release marked the first time the Warhol foundation released any “new” artwork since 1987 after Andy’s death. Even in 2021, when the emergence of NFTs gave artists brand new technology to engage with their work, Warhol was there—his early experiments with the home computer remain meaningful almost 40 years later. Without the NFT component, the work would have been equally celebrated, but the parallel lies in the ability to offer the work in the same computerized medium in which it was created. The seamless adaptation of Warhol’s work to the world of NFTs is a testament to his avant-garde spirit, and strengthens his artistic reach even further. 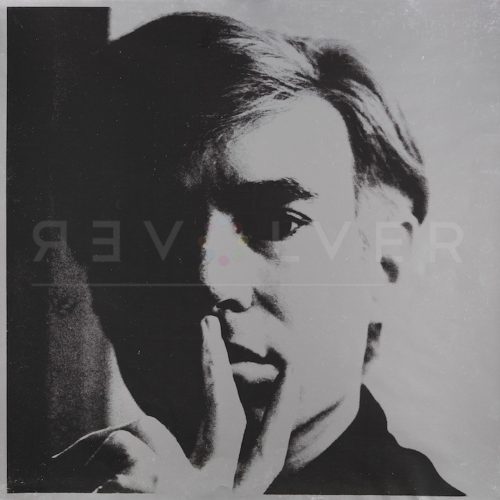 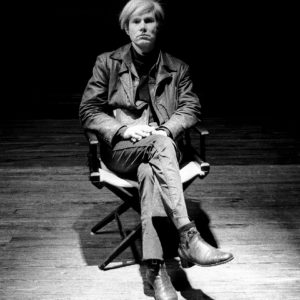 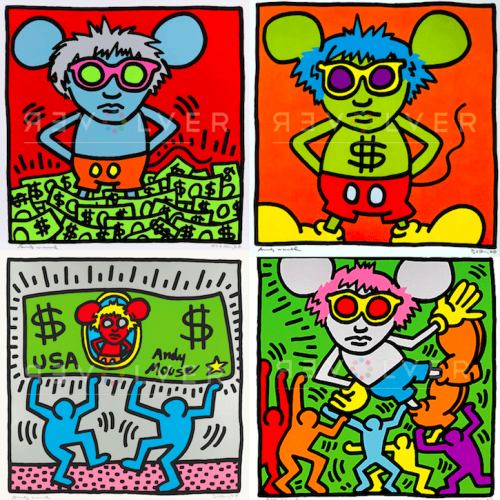 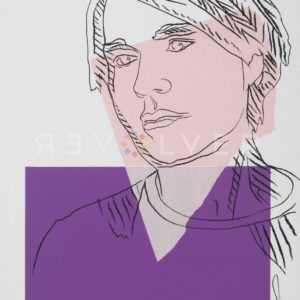