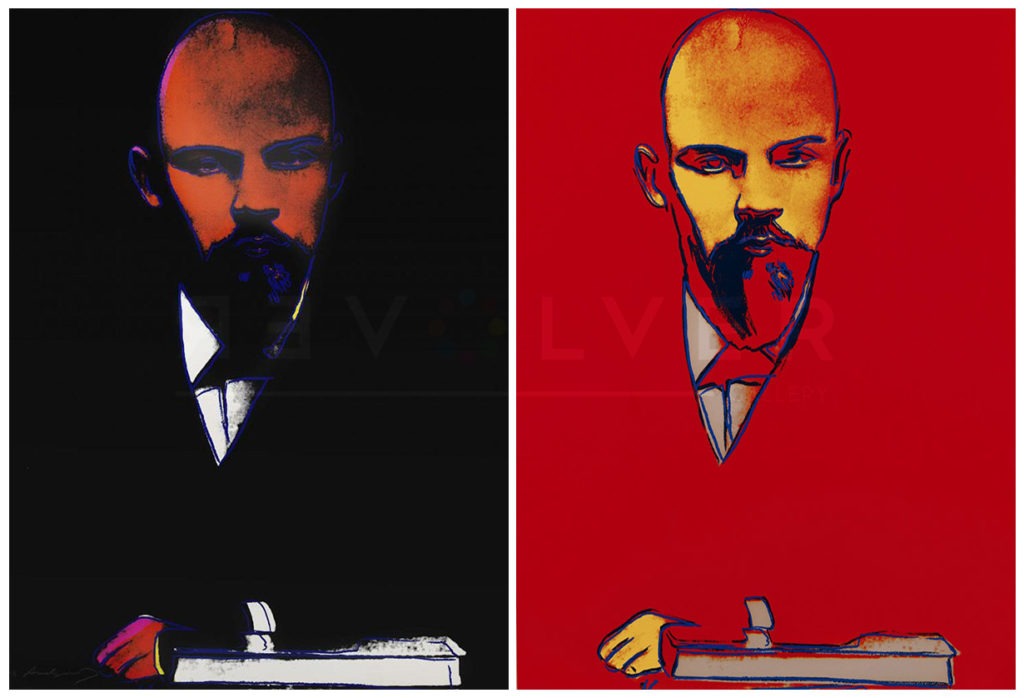 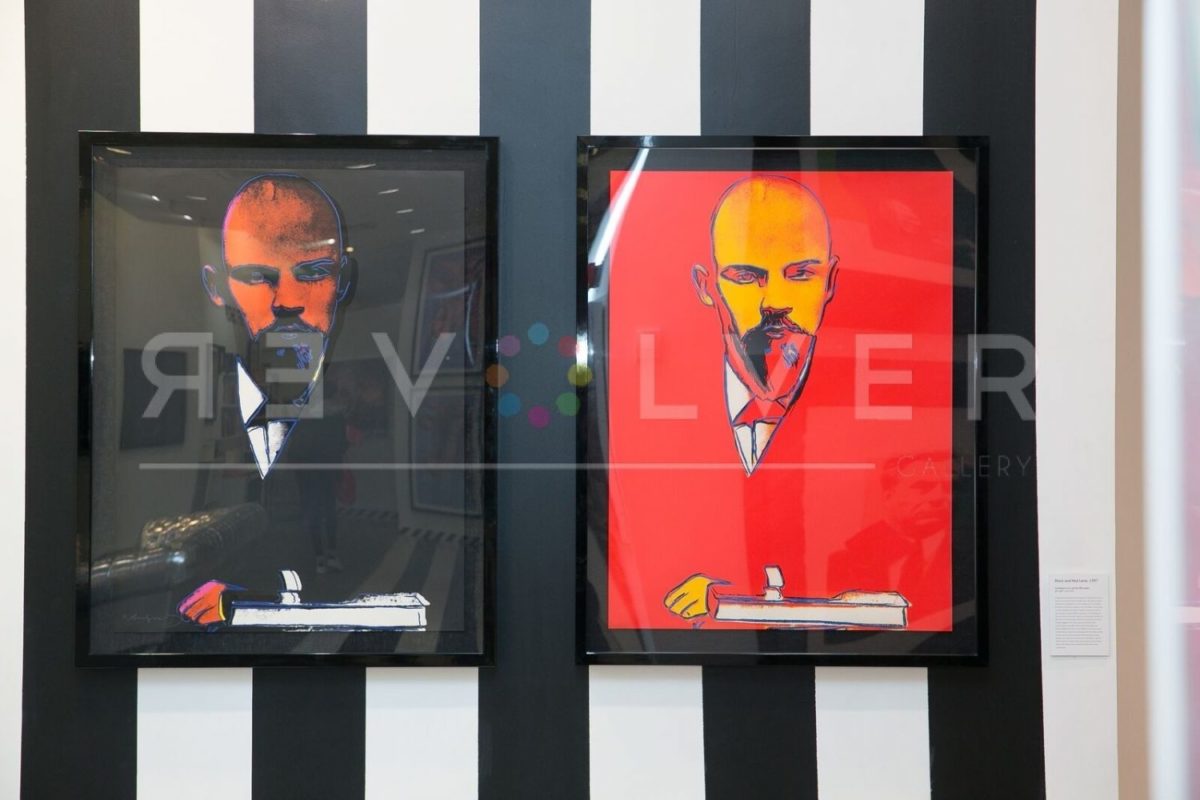 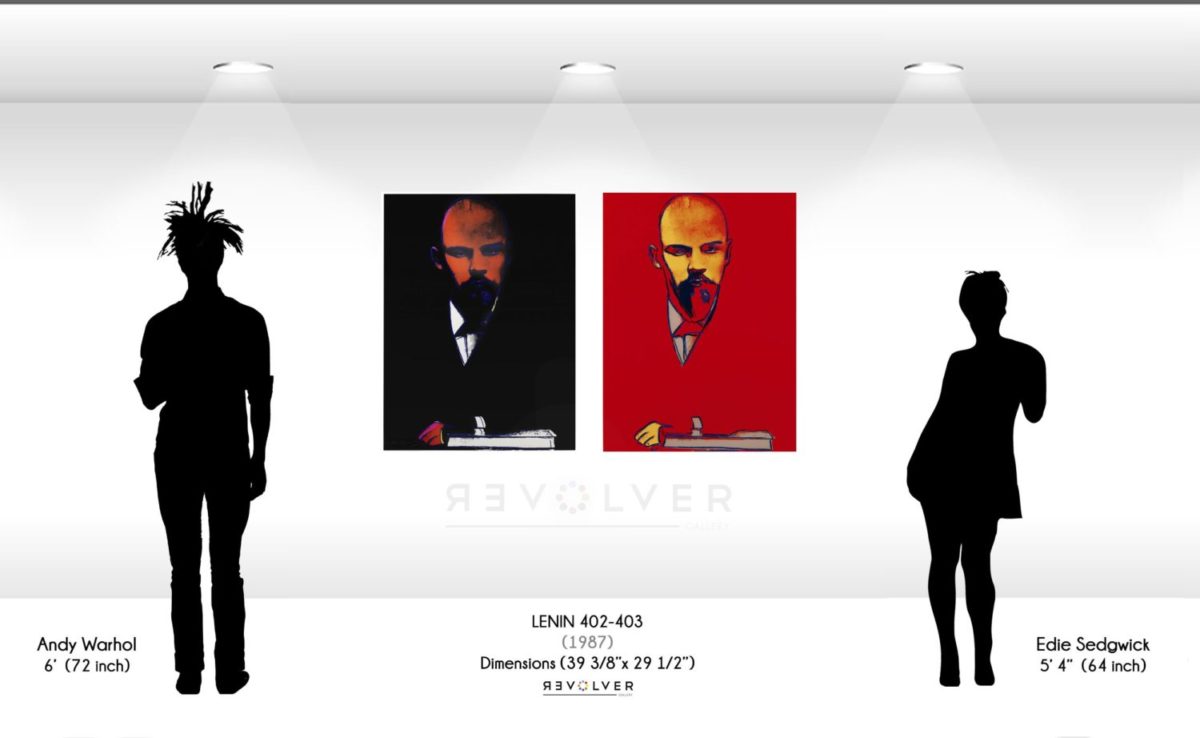 Edition: Edition of 120, 24 AP, 6 PP, 10 HC, numbered in pencil and signed in pencil by Frederick Hughes, executor of The Andy Warhol Estate, on a stamped certificate of authenticity.

CALL FOR PRICE
TEXT FOR PRICE
EMAIL FOR PRICE
Andy Warhol’s portrait of the Russian political leader, Vladimir Lenin, diverges from many of the conventions that seem to define Warhol’s oeuvre. In this piece, Lenin is set against a deep red backdrop, with minimal lines, only employed to distinguish his face and hand. The print lacks the contrast and details that characterize so many of Warhol’s prints. The only aspect of the print that is not enveloped by the solid block of a deep, crimson red is the yellow of Lenin’s face and hand and the gray of his collar and armrest. The lack of extraneous detail and color deters the viewer from focusing on anything else other than the face of the communist maverick who is one of the most notable political figures of the 20th century.

The silkscreen print of the father of Russia’s communist revolution is set against the deep crimson red, which is as symbolic to the revolution as the man who led it. Lenin (FS II.402 and FS II.403) is testimony to a man’s intelligence and power, which supersedes a physical existence. While Warhol was known for his self-admitted shallowness and obsession with glamour, this portrait illustrates the diversity of Warhol’s subject matter; that he was not simply confined to portraying beautiful celebrities or icons of wealth.