Ruby Lynn Reyner is a comedienne, singer, songwriter, musical playwright, and actress born on January 27, 1948. She grew up in New York and graduated from Emerson College before returning to New York City to find work as a model. By chance, she came to a rehearsal of the musical Conquest of the Universe being put on by Playhouse of the Ridiculous. The Playhouse founder, John Vacarro, met Ruby and cast her in the chorus that same day, though she eventually earned herself a leading role in the show. Thereafter, she became a lead performer for Playhouse of the Ridiculous, immersing herself in the Playhouse’s already established community of performers and Warhol Superstars, among them Jackie Curtis, who was Ruby’s roommate in the early 1970s. Among the accolades she received for her theater work was the Drama Desk Award for Acting from her role in La Bohemia in 1972. She acted in one of Andy Warhol’s films: Four Stars (1967).

She eventually took on more managerial roles in shows, creating and producing multiple variety shows for the Crystal Fields Theater, and directing several more in the 1990s. Her taste for musical performance led her to form a band along the way called Ruby and the Rednecks, with whom she produced two albums and wrote satirical songs. She became part of NYC’s glam and punk rock scene, sometimes performing at Max’s Kansas City and CBGB.

To this day she still acts, recently in Singin’ in the ER, which she also wrote and directed, at the Theater for the New City, and sings in her band Ruby and the Rednecks. In 2008, HBO released a documentary called Finishing Heaven, which tells the story of both Ruby’s career and of the unfinished film from the 70s, Heaven Wants Out, starring Ruby and other Warhol Superstars. 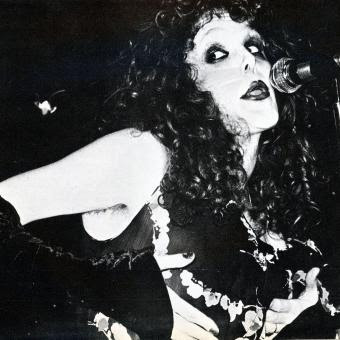