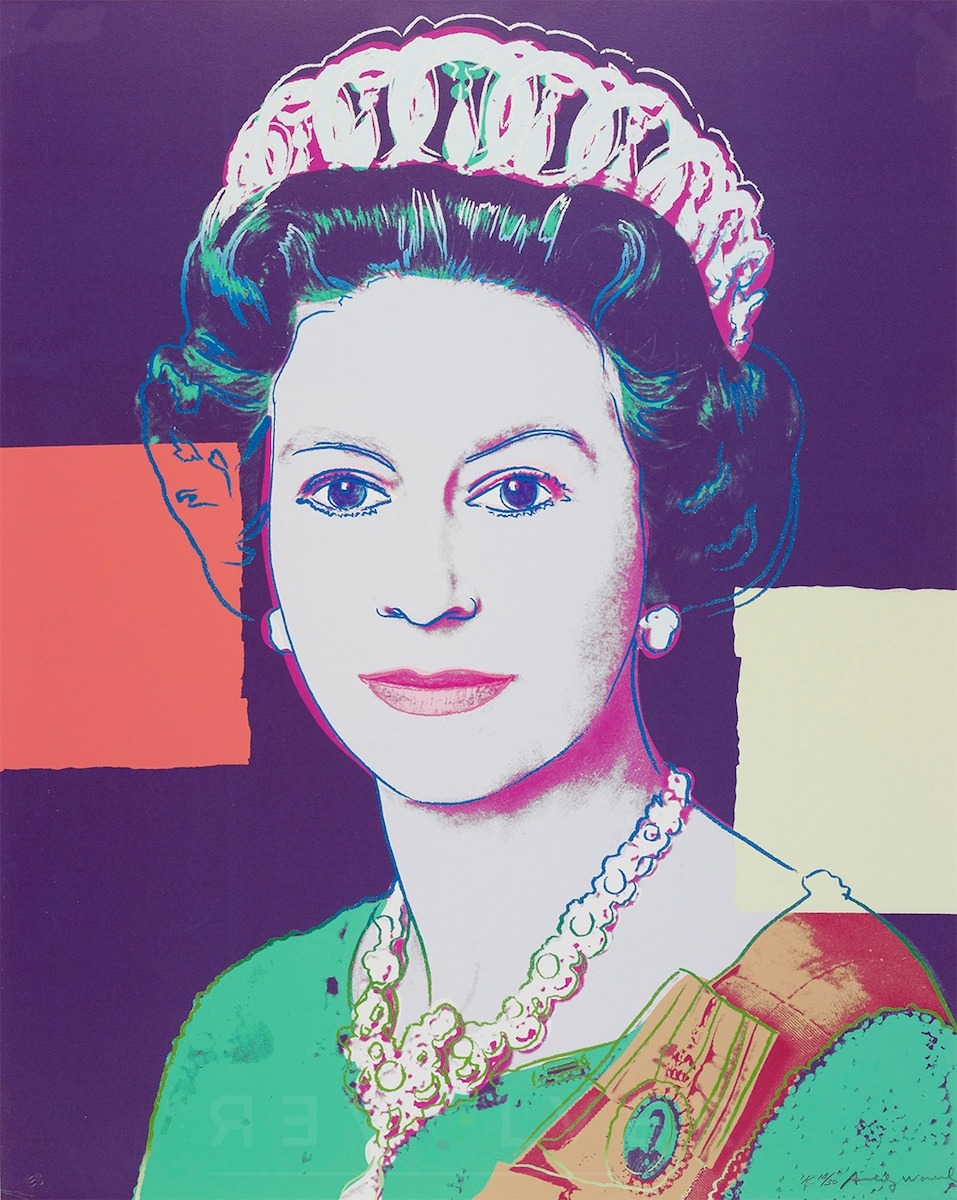 Amidst today’s volatile market conditions, Warhol’s prints continue to hold their ground while other assets buckle under the weight of current social and economic uncertainty. In particular, Warhol’s Queen Elizabeth II prints are experiencing a historically strong run this year—in fact, they are setting impressive new records in Warhol’s print market as a whole.

If there’s one thing Andy Warhol proved throughout his career, it’s that prints of even the mundane and ordinary can become influential, renowned works of art. It’s no wonder then that his portraits of celebrities and public figures became exponentially more famous from the built-in popularity of his subjects.

One such figure that Warhol immortalized in his art happened to be a royal subject, but make no mistake—she was a monarch. As part of his Reigning Queens series from 1985, Andy printed portraits of Queen Elizabeth II using a photograph of her taken in April 1975 by Peter Grugeon; the same photo that would be published to celebrate her Silver Jubilee two years later. In the photo, The Queen wore the Vladimir tiara, Queen Victoria’s Golden Jubilee necklace, Queen Alexandra’s wedding earrings and King George VI’s Family Order, pinned to the Garter sash. As the story goes, in 1982 Andy requested permission by missive to make a portrait of The Queen. The Queen’s secretary, Sir William Heseltine, replied ambiguously that, “While The Queen would certainly not wish to put any obstacles in Mr. Warhol’s way, she would not dream of offering any comment on this idea.”

Andy took this as an affirmative and began work using the royal photograph. Eventually, Warhol published 40 regular editions of the Queen Elizabeth print, along with 10 artist proofs, 5 printer’s proofs, and 3 hors de commerce(plus 30 trial proofs). He also published 30 ‘Royal Editions,’ made special with sprinklings of finely crushed glass that glittered under the light.

In 1985, Andy sent photos of the portraits to the Palace by way of his European dealer George Mulder. In Heseltine’s response, he mentioned that, “Her Majesty was most pleased and interested to see [them].” To celebrate the Diamond Jubilee in 2012 and the 60th anniversary of The Queen’s coronation in 2013, the Royal Palace bought four of the Royal Edition prints, giving Andy’s portraits the special distinction of being the only ones in The Queen’s gallery that she did not directly sit for.

Warhol’s portraits immortalize an iconic figure through various lenses. As is customary for their pop art rendering, Warhol colors The Queen and her background in unique, bold shades, making each print variation visually distinct. Some prints color the background and Her Majesty’s hair a bright bubblegum pink, accentuating femininity and youth alongside her regality. Others utilize purple to fall back on classic associations with royalty. One version even colors The Queen’s skin a pallid turquoise, reminding viewers that there are different shades to Her Majesty beyond just the ruler they know her as. The Royal Edition prints give the portraits a special connection to royalty and fine art as they simulate the visual appeal of diamonds and precious gems on the surfaces of their images. Furthermore, these variations deliver even more excitement to collectors, whose trophy hunt won’t be satisfied after acquiring only one version.

The Value of the Crown

Various factors are contributing to the Queen’s excellent performance in Warhol’s market. Outside of the 40 regular editions and 30 royals, there are ten artist proofs, five printer proofs, and three Hors Commerce. The Queen Elizabeths are rather small in edition size, making them more scarce than many other Warhols. The complete portfolio of Reigning Queens prints has only sold 6 times in twenty years, meaning collectors are unlikely to let these prints go.

Collectors have also noticed the rising cultural value of these prints in recent years and it shows in the market. A blue Queen Elizabeth sold for $403,200 on April 22nd of this year. Another blue Queen auctioned on January 19th ended up selling at 398,891 GBP ($480,696 by today’s conversion rate), exceeding the highest estimate by more than triple. And this past June, a pink Queen Elizabeth (a popular color for trophy-hunting collectors) sold for $423,249. Just over 2 years ago, in early 2020, a pink QEII sold for $232,380; at the time, that was an impressive price, but given their performance in Warhol’s market today, it’s plain to see how they’ve erupted in value over the past few years.

On July 1st, a purple Queen Elizabeth II sold for 402,075 GBP ($484,213), setting a powerful new record. The purple Queen is now the highest selling QEII print of all time, and the second highest selling Warhol print ever, second only to his Double Mickey Mouse (1981). Previously, it was Warhol’s blue Queen that fetched the highest price of the series, which set that record 6 months ago, in January 2022. Also on June 30th, a red QEII sold for $393,423. Considering the red Queen’s previous record of $304,075, it’s plain to see that Warhol’s Elizabeth’s are enjoying a strong run this year.

Amidst market conditions that are highly volatile, the Warhol print market perseveres. We’re seeing higher prices for trending prints, and a general stability amongst his market while most assets crumble under the pressure of socioeconomic tension. It’s a fantastic time for collectors to realize the returns on their Queen Elizabeths, providing the sensationalism surrounding her and the royal family today. During the past decade, it has been typical for these portraits to sell well and frequently exceed expectations across private and public sales. Why is that? 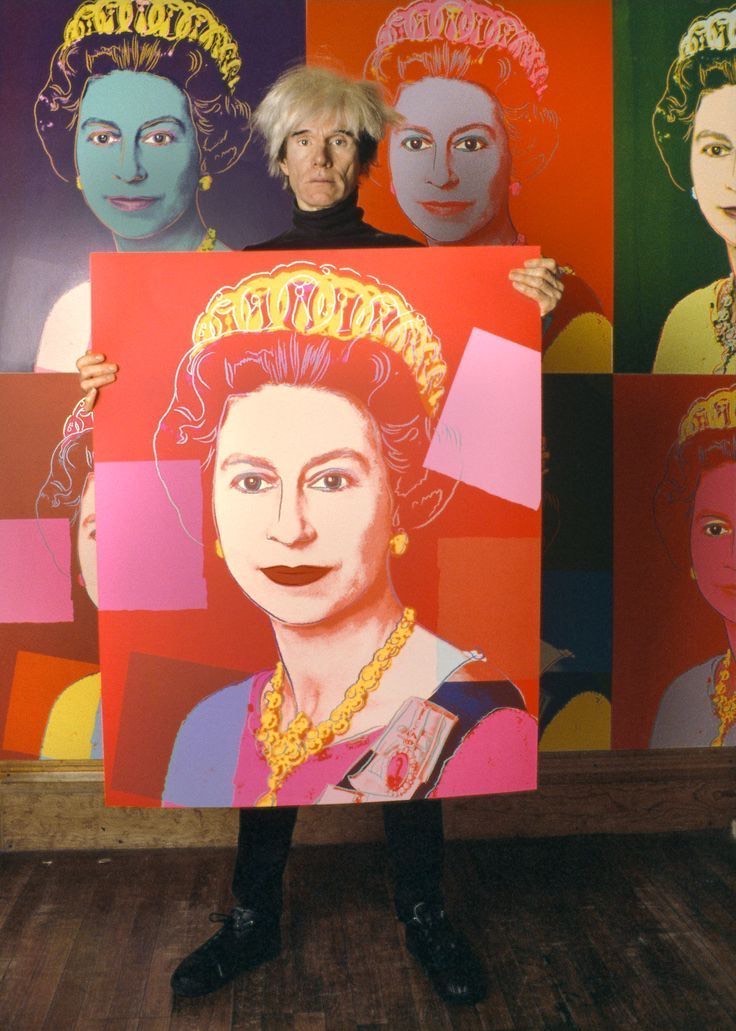 Queen Elizabeth II is one of the most recognizable public figures in modern history. She is well-traveled and well-respected, participating in hundreds of charities, making her impact in the government of the Commonwealth, and overall possessing an impeccable public service record domestically and abroad. Not only is Queen Elizabeth II one of the most globally-popular and recognizable monarchs in human history, but she has also reigned over England the longest of any British monarch, coming in at seventy years recently. The ruler, who is celebrating an historic Platinum Jubilee this year, was born in 1926, furthermore making her an exceedingly long-lived royal as well, and her publicly-expressed appreciation for Warhol’s portraits elevates them to a rare status in the art world. At 96 years old, the Queen has lived and ruled through generations that will forever extol her as one of the world’s greatest historical figures. Many consider the end of the Queen’s reign to be the end of the traditional monarchy as we know it today.

The Prince of the Art Market 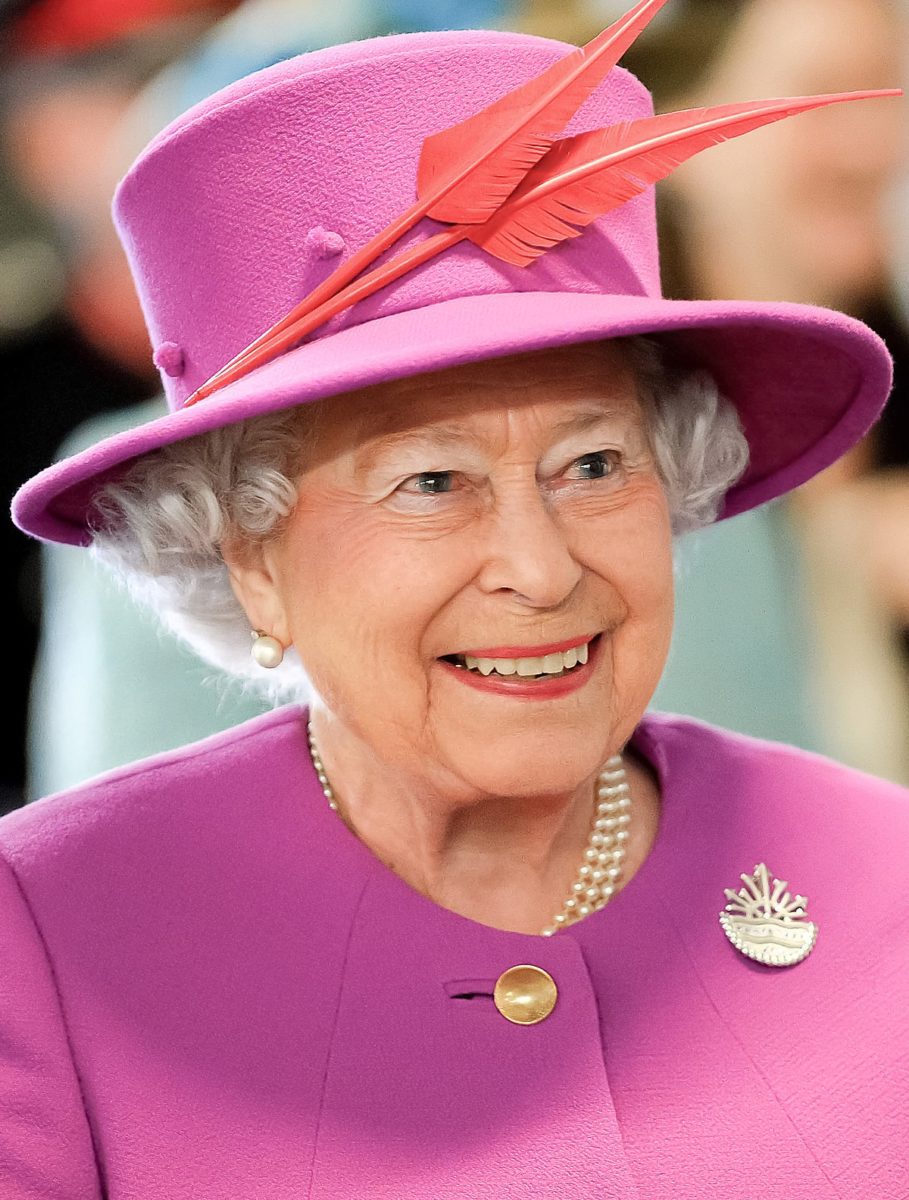 From the get-go, Andy’s creation of the Queen Elizabeth II prints was meant to be a bold move. Not only did he succeed in making them popular and iconic, but as time goes on these portraits seem to gain larger footholds in the art world with The Queen’s reign continuing onward. Especially recently, The Queen has maintained her presence in pop culture and global news. She adorns magazine covers every month, and her popularity is even reflected in the success of the Netflix series The Crown. Just like the current wave of “Warhol Mania,” depictions of the royal family and The Queen herself appear far from tired out. The shared popularity of the Queen of England and the Prince of Pop Art make Warhol’s Queen Elizabeths some of the most exciting prints to watch. 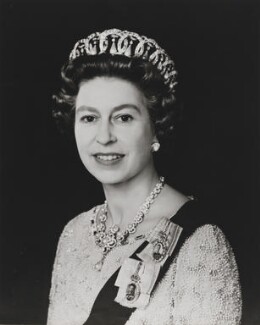 PrevPreviousAndy Warhol and Edie Sedgwick: The Fated Affair of Warhol and his Muse
NextAndy Warhol’s CARS on display at the Petersen Automotive Museum Featuring Warhol’s Rolls Royce Silver Shadow on Loan from RevolverNext