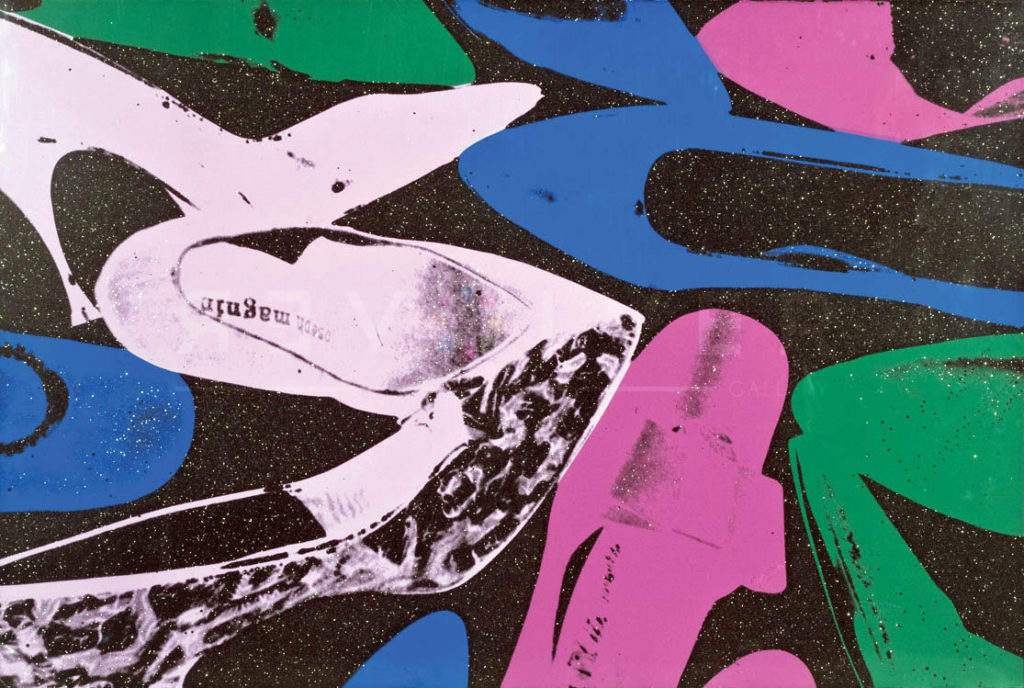 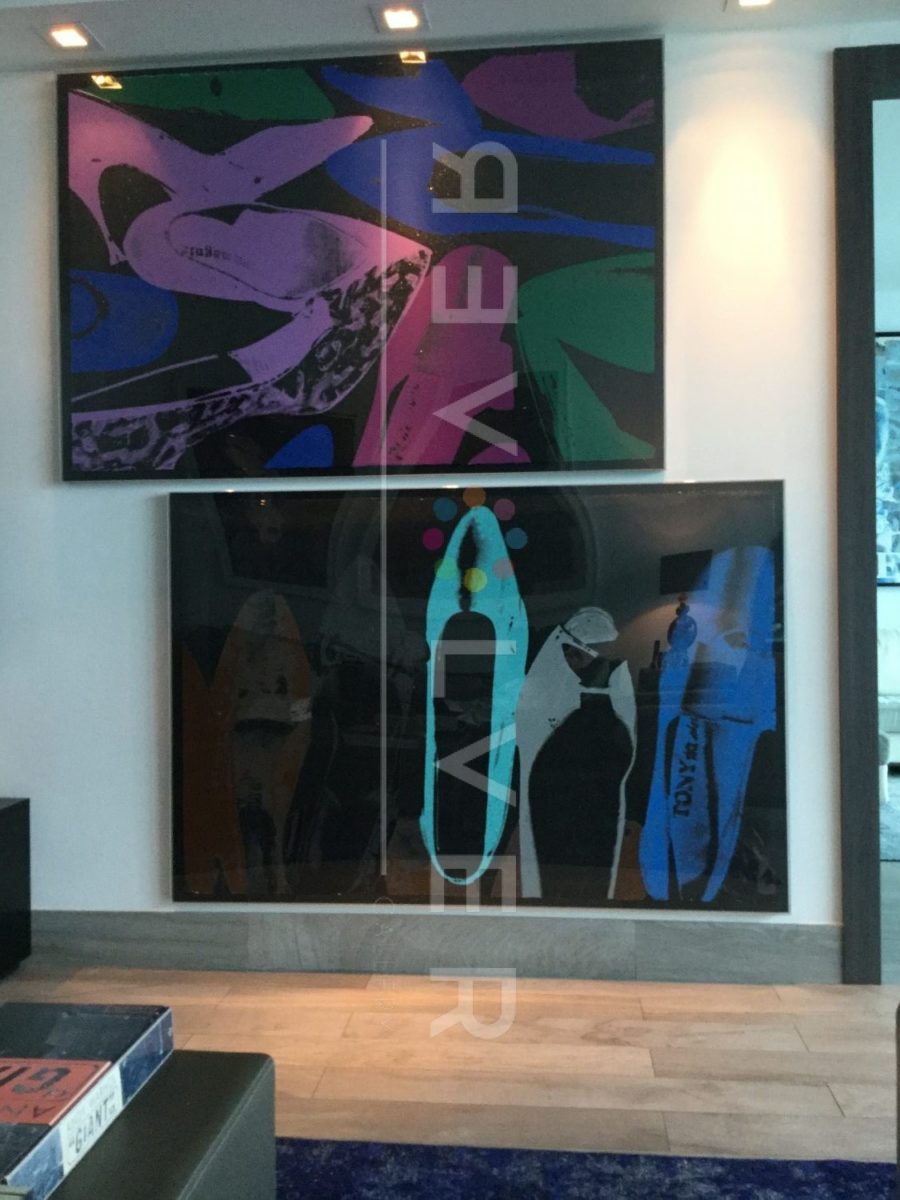 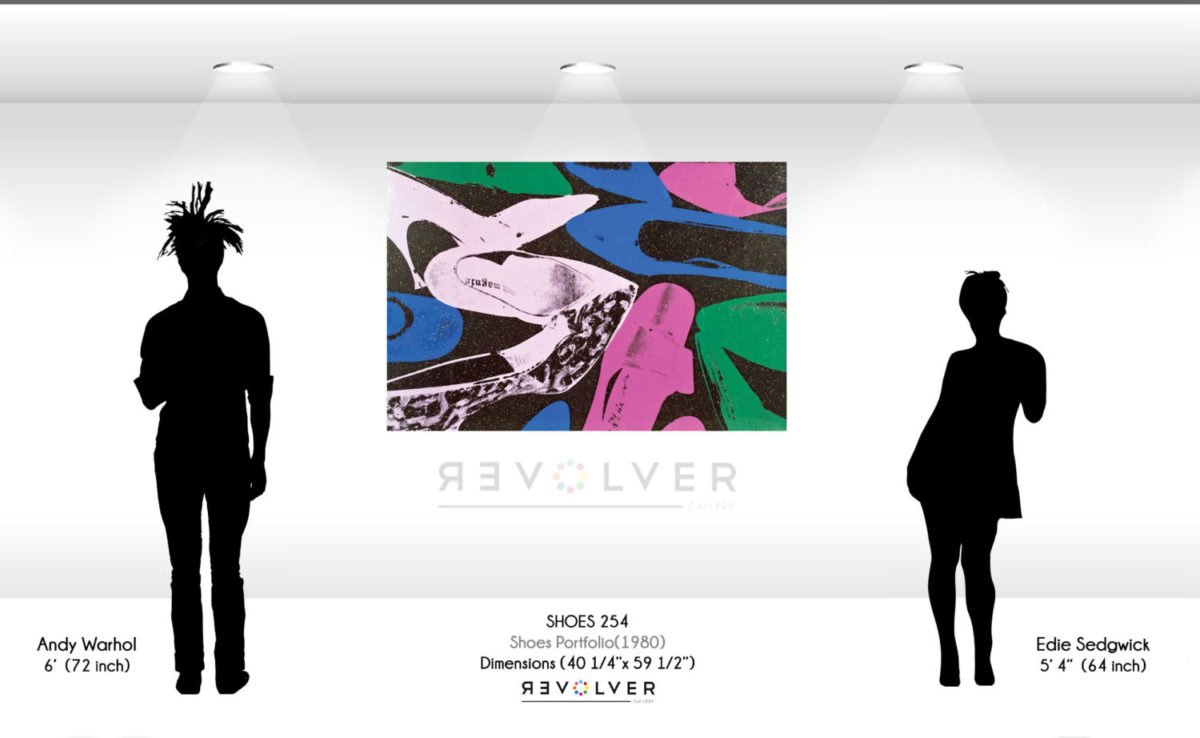 Shoes 254 is the third piece of the Shoes portfolio. In this suite, Warhol considers women’s high-heeled shoes from a perspective that (though clearly informed by commercial practices) departs from the traditional advertising style and enters a more abstracted register. The Shoes portfolio uses the inanimate objects typical of Warhol’s earlier works like his Campbell’s Soup series, but renders the object in his later, brighter style of screenprints.

Depicting a dozen or so 1950’s women’s shoes in a variety of different arrays, color palettes, and styles, Warhol clearly recalls his time as a commercial illustrator in the 1950s with the Shoes portfolio. This portfolio revisits the women’s footwear illustrations that Warhol began his career with while creating advertisements for I. Miller Shoes. The Miller ads, published weekly in the New York Times, were meticulously hand-illustrated with neat, regular composition. Decades later, Warhol takes a new approach to representing the women’s high-heeled shoe, screen-printing images of used shoes in unorganized clusters.

In Shoes 254 in particular, the shoes are strewn haphazardly across the composition from a variety of angles with the toes pointed roughly toward the center. White, pink, green, and blue shoes appear distinctly against the dark, diamond-dusted background, with shine and scuff marks visible. The majority of the shoes have pointed toes, though a few rounded shoes are present in the composition as well. Towards the center of the print, you can just make out a faded Joseph Magnin shoe label on the sole of a white, pointed heel. Though small, branded details like this are also visible in Shoes 256, 257 and 253, they are not the focal point of any of the prints. Considering this, Shoes is a sharp departure from many of Warhol’s more consumer-centric works, such as his Ads series, which includes Apple 359 and Mobil 350.

In a September 2nd, 1978 entry in his diary, Warhol describes the shoes he collected for these prints. “Got a load of 1950s used shoes down on Canal Street for $2 a pair,” he wrote. “It’s just the shoes I used to draw, all the Herbert Levine shoes with the creative lasts. Shoes first got really pointy in ’54–55, and then they got round in ’57”. This entry suggests the nostalgia for his earlier illustrations involved in creating the Shoes portfolio. His expertise in women’s fashion is also evident. Furthermore, his rumination on changing shoe styles is a subtle cue that indicates the passage of time between his ’50s ads and this portfolio, completed just seven years before his death.

Andy Warhol Shoes 254 clearly reimagines some of Warhol’s earlier commercial works in a way that makes it a perfect representation of the winding path of Warhol’s career. Shoes 254 is a large-scale, dramatically colorful, and sparkling screenprint. The glamorous design easily earns the work recognition amongst Warhol’s more glamorous silkscreens. 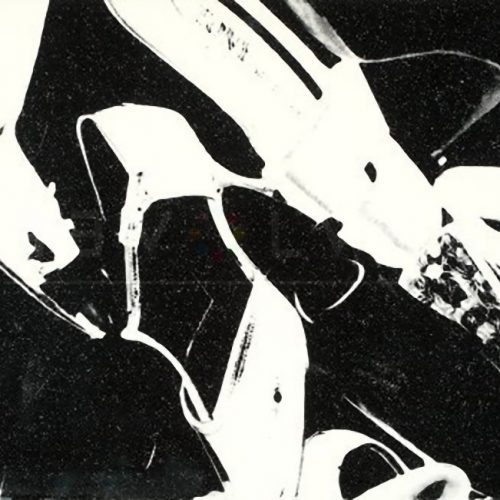 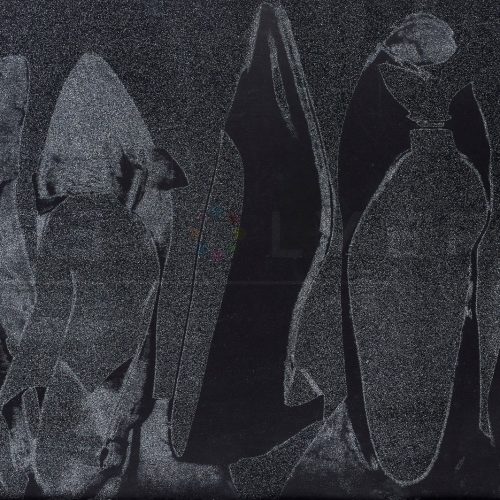 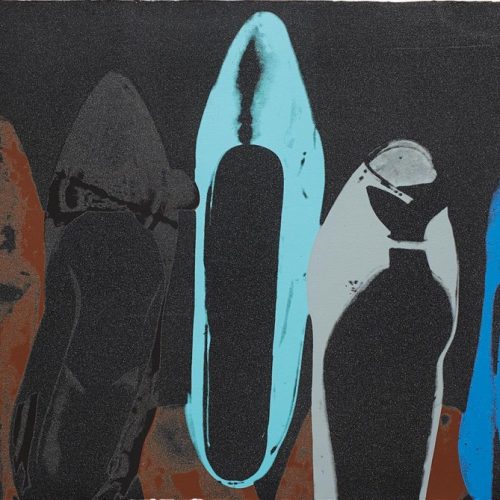 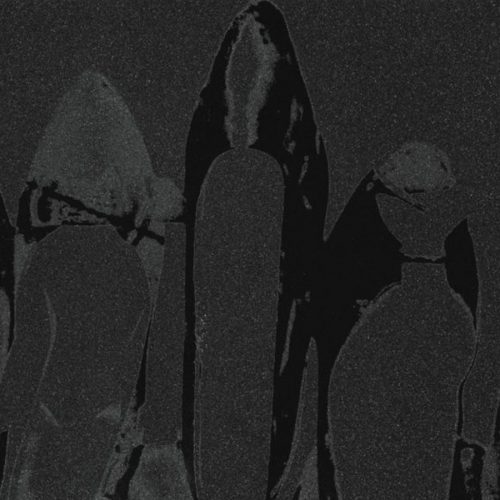 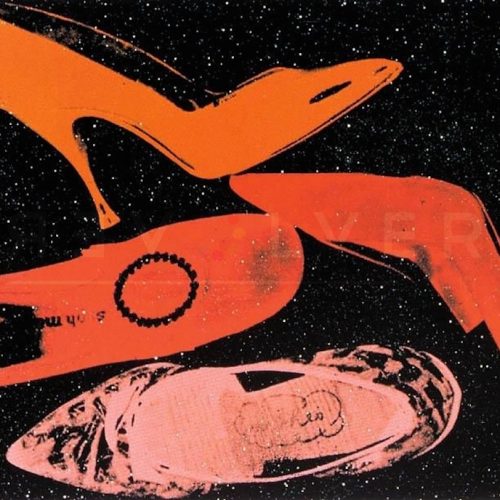 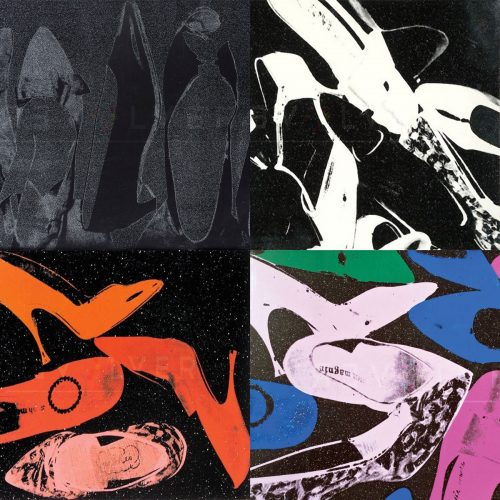