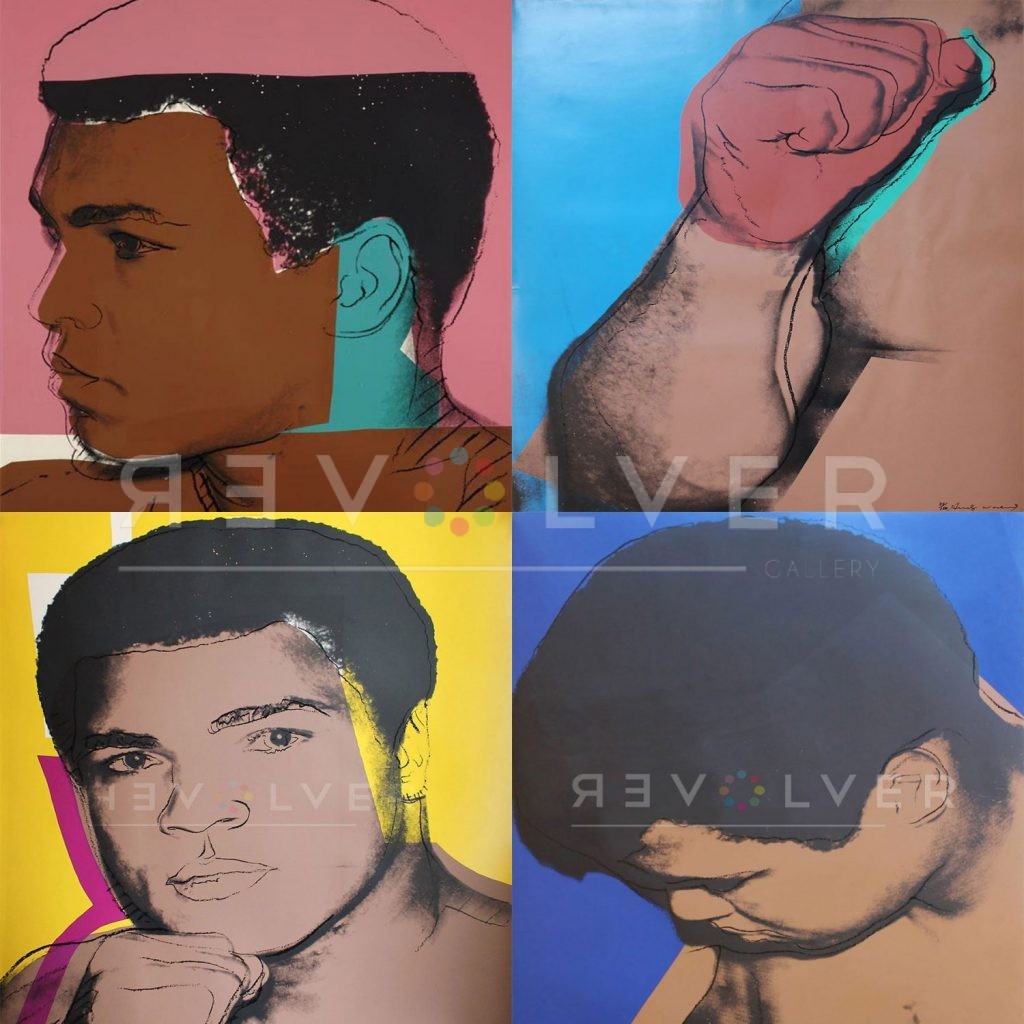 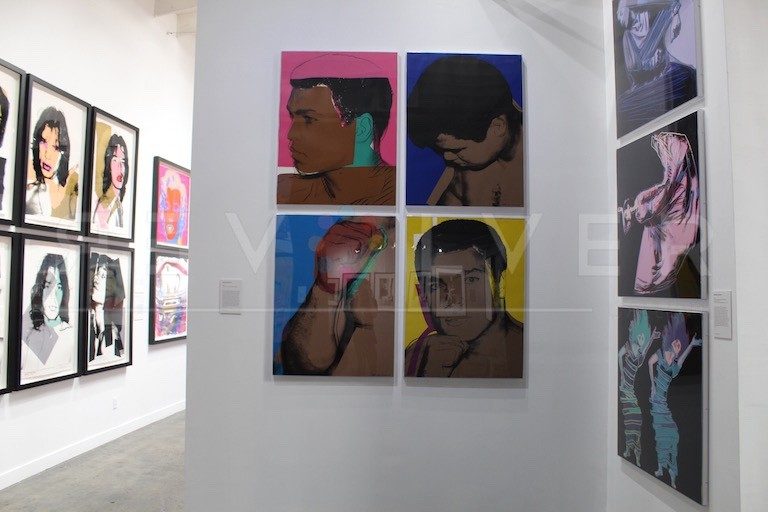 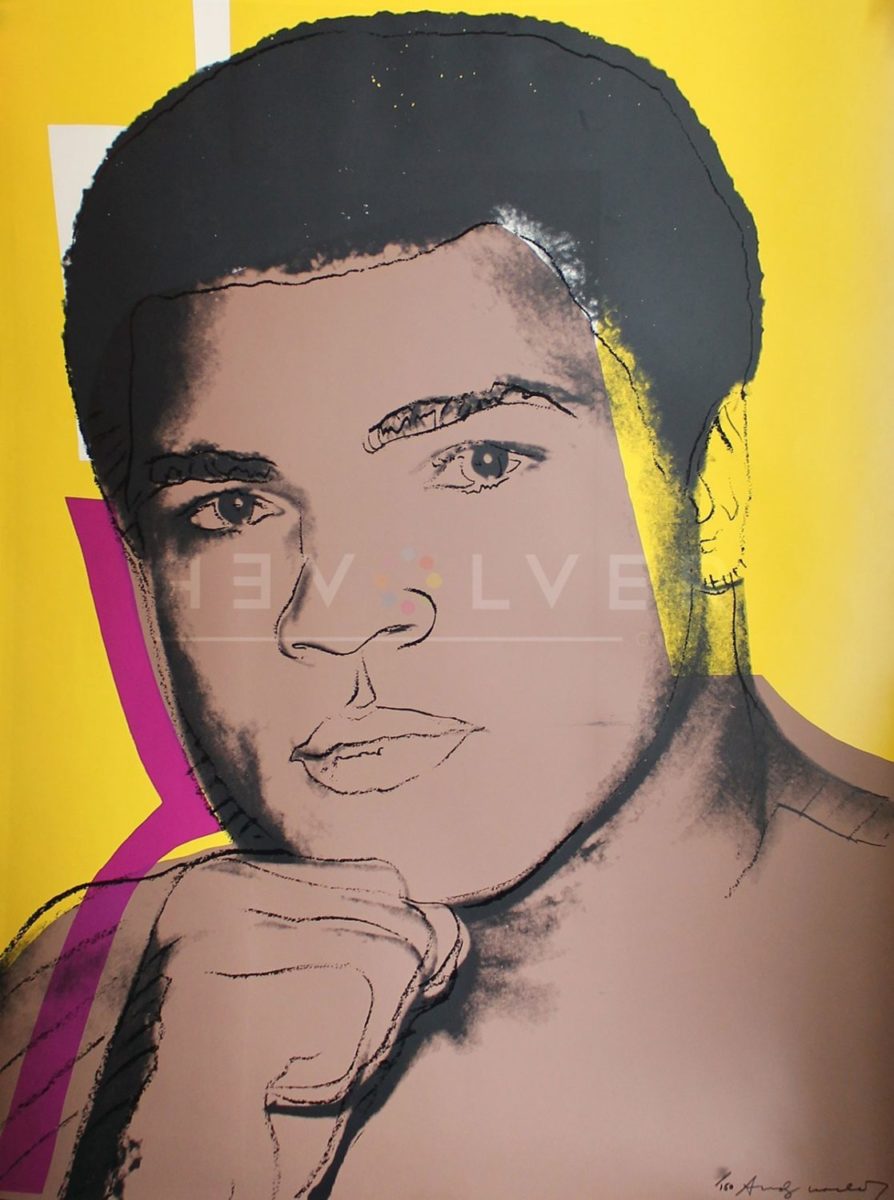 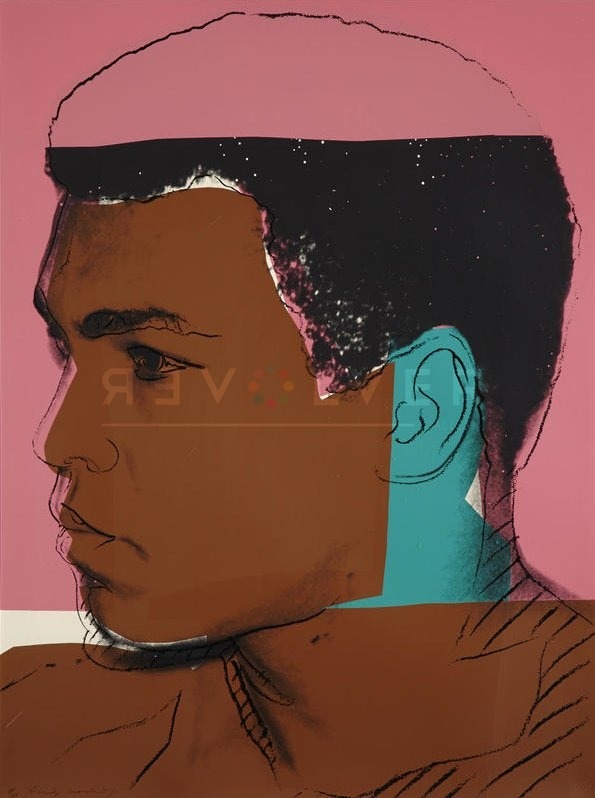 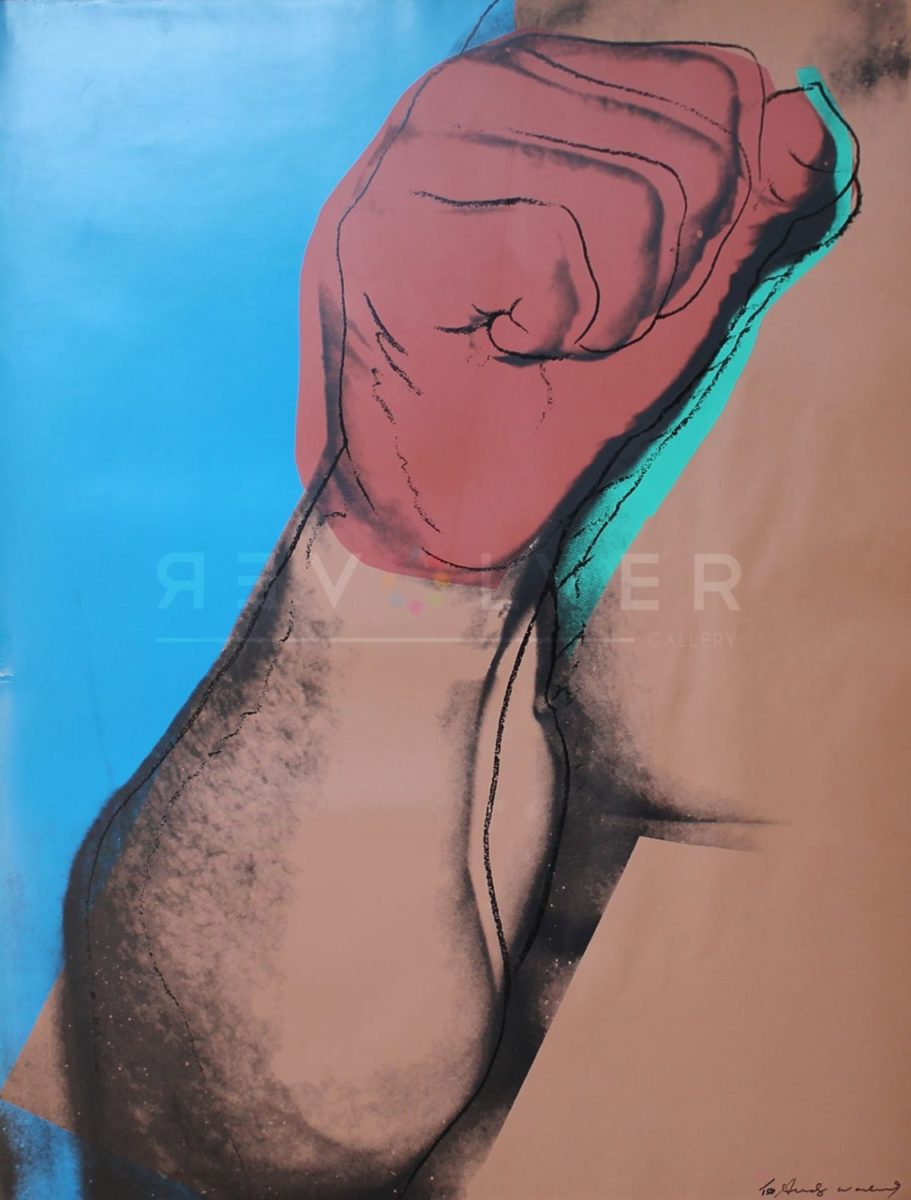 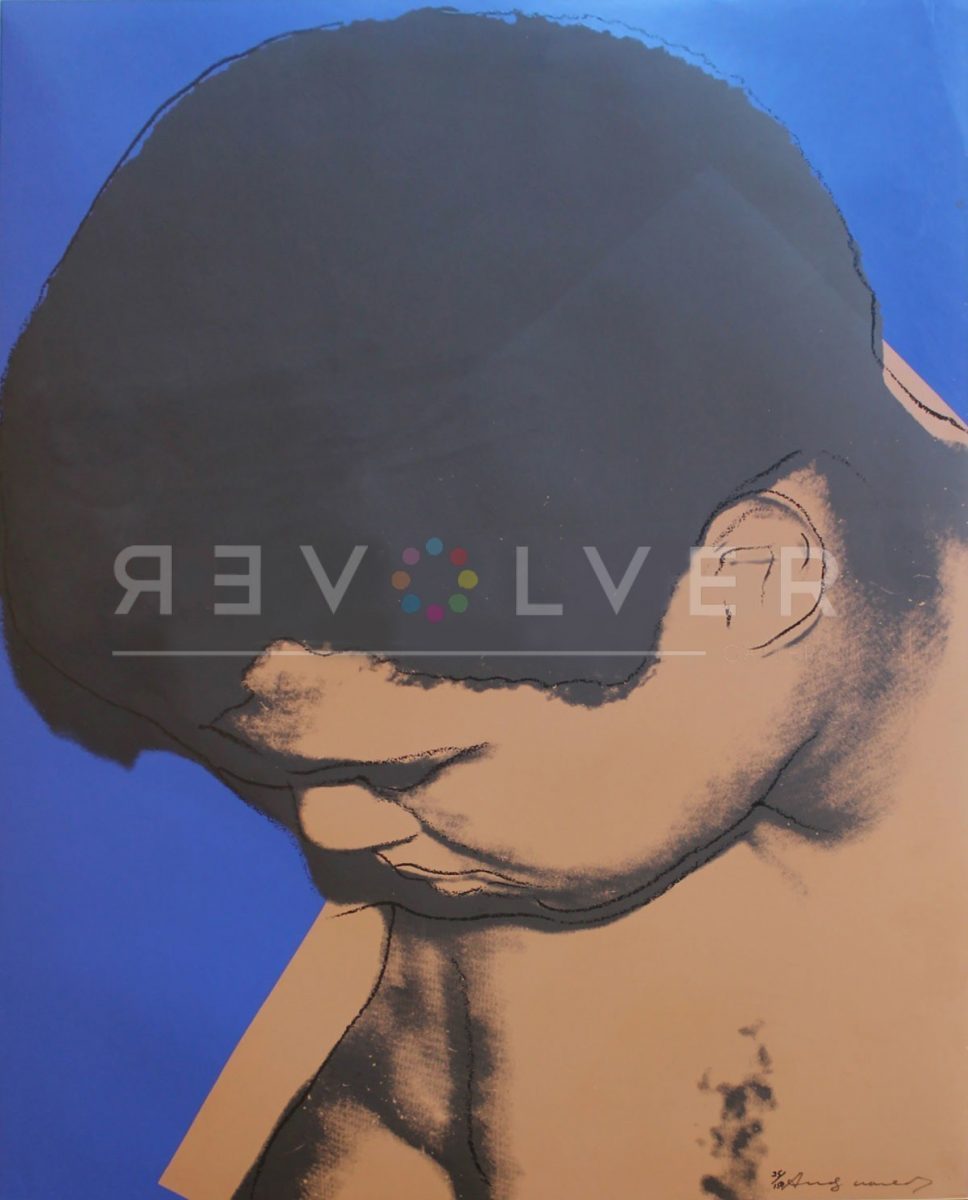 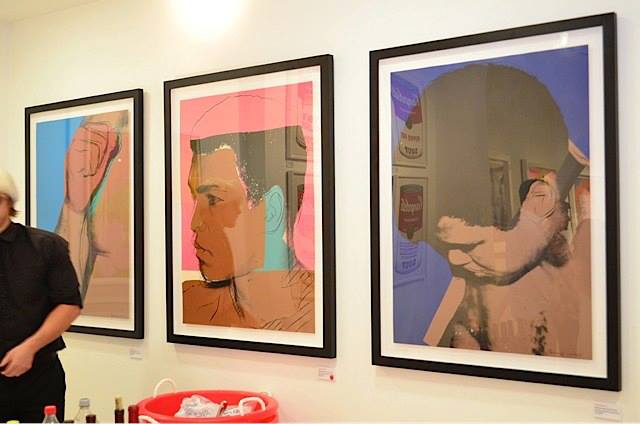 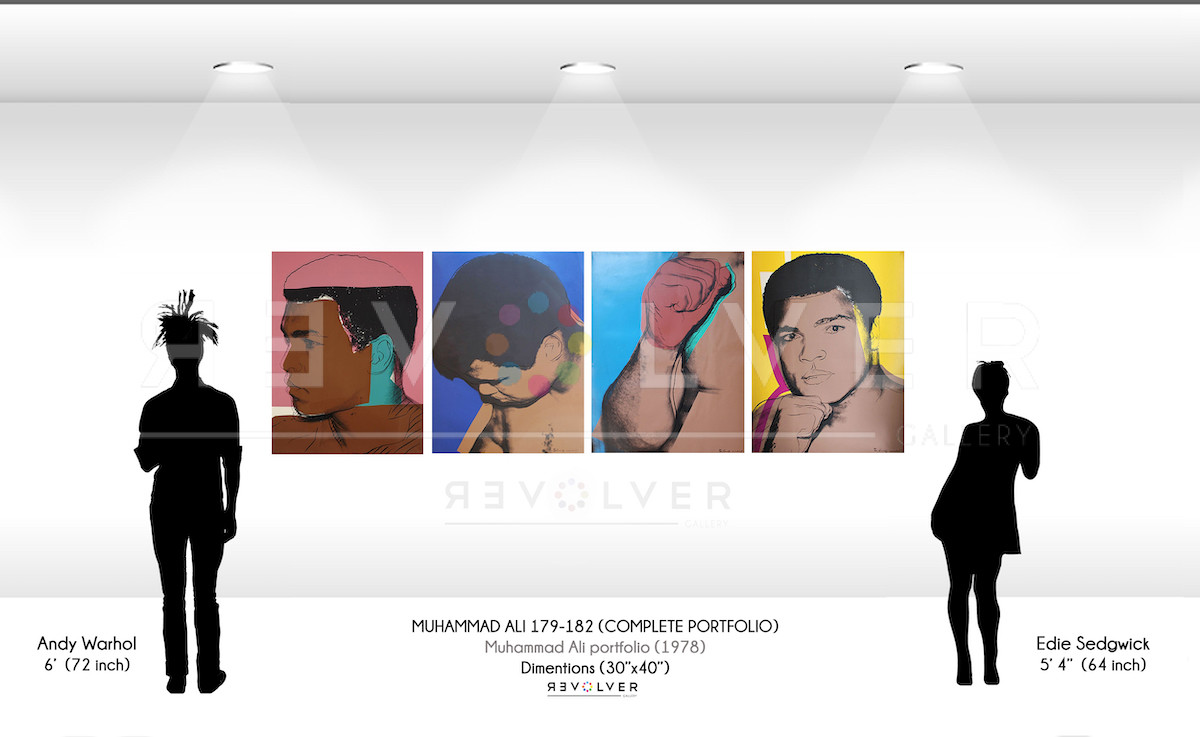 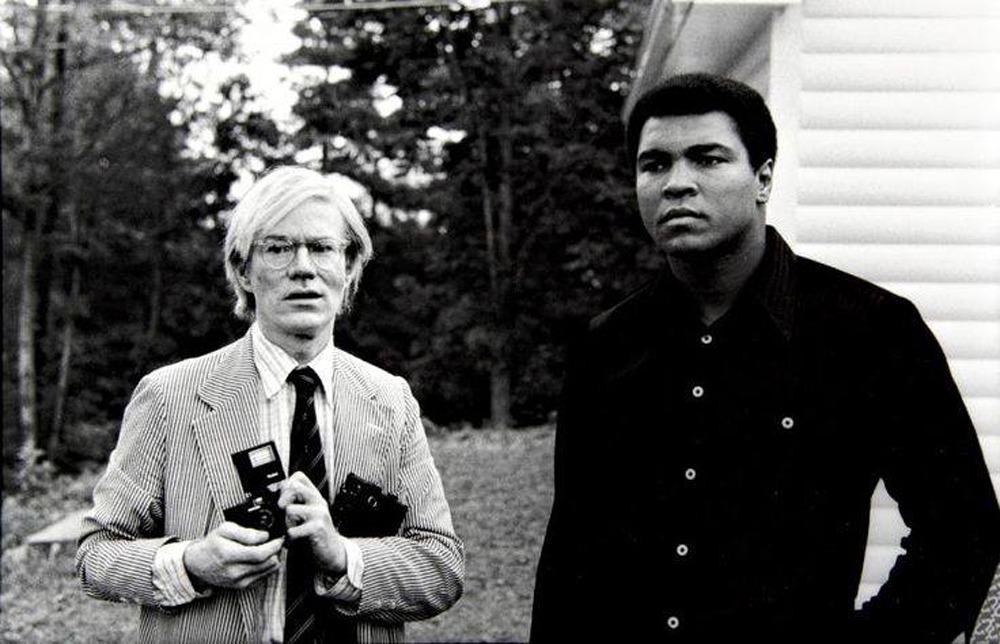 The Muhammad Ali complete portfolio by Andy Warhol consists of four portraits depicting the famous boxer and activist at the height of his career. Warhol created the Muhammad Ali portfolio as a part of his Athletes series, commissioned by Richard Weisman in 1977.

The Athletes series features ten of the most prominent and successful athletes of the 1970s. Alongside Muhammad Ali, the series features portraits of OJ Simpson, Dorothy Hamill, Pelé, Jack Nicklaus, Rod Gilbert, Tom Seaver, Willie Shoemaker, Chris Evert, and Kareem Abdul-Jabbar. Richard Weisman selected the athletes to serve as models for the series, and Warhol photographed each one with his polaroid camera. Warhol used these Polaroid shots as the source images for the screenprints and then added his signature blocks of color. Warhol’s style in the Muhammad Ali portfolio is a quintessential example of his 1970s and 80s work. The color blocks and line detailing can also be seen in works like Mick Jagger 140, Queen Elizabeth II 335, and Karen Kain 236.

The Muhammad Ali complete portfolio departs from Weisman’s original commission. Warhol selected one photo from the photoshoot to use for the Athletes series, but decided to use four additional photos for the Muhammad Ali portfolio itself. Thus, in the series, Warhol performs an intimate study of the famous boxer.

The Muhammad Ali complete portfolio includes action photos of the boxer taken in the midst of a training session. Ostensibly, Ali was an uneasy subject, not used to posing for the camera. In Muhammad Ali 179, Warhol captures Ali in profile—his face color-blocked in a warm brown. He looks left toward an unseen opponent. In 180, Warhol depicts Ali looking downward, his eyes unseen as he appears to evade a blow. Muhammad Ali 181 captures only Ali’s fist and chest, a powerful depiction of the instruments that made Ali famous. In 182, we see Ali facing frontwards, hands guarding his face and looking directly at the audience, ready to fight.

In all of these portraits, Ali appears with energy and intensity. The portraits feature warm brown color blocking on Ali’s face and body against bright backgrounds with small colorful details. Warhol outlines details of the portraits with thin, black strokes and dark smudges of shadow. The compositional variety in the portfolio captures multiple sides of Ali. Muhammad Ali 180 and 182 appear to capture the most movement, 179 and 181 appear to capture Ali in fragments. In 179 we see a man; in 181 we see what made him famous.

When speaking about his Athletes series, Andy Warhol famously said, “I really got to love the athletes because they are the really big stars.” In the Muhammad Ali complete portfolio, each portrait captures a sliver of what makes Ali both a man and star—making it evident that these are not always the same thing. As always, Warhol depicts fame with nuance, capturing the complexities of Ali’s persona in each portrait of the portfolio.

Andy Warhol created the Muhammad Ali portraits as part of the Athletes series that he created in the 1970s. Richard Weisman, who was both an art collector and a sports enthusiast, initiated the project, which includes athletes like soccer player Pelé and golfer Jack Nicklaus. Even though Warhol wasn’t a fan of sports himself, he did see an interest in the realm of an athlete’s celebrity and fame. Ali proved to be a difficult subject, as he was not the biggest fan of the camera. However, Warhol managed to snap a few photos of him during a marathon session. He took Polaroid shots of the athlete, which then turned into this series of screenprints. 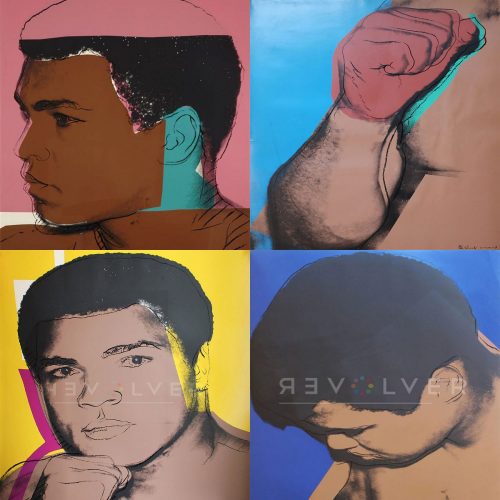 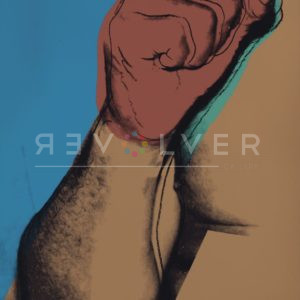 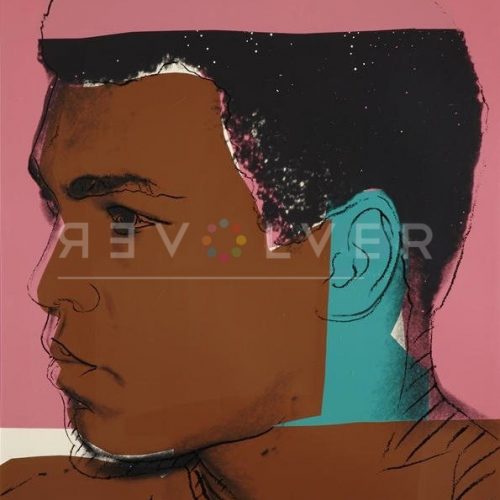 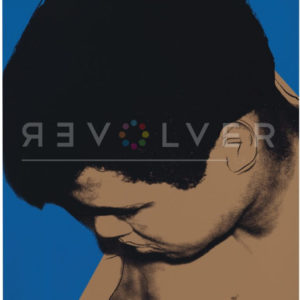 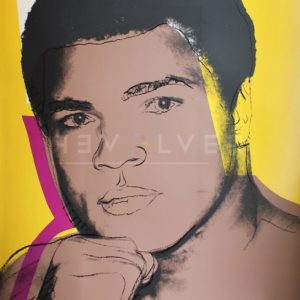 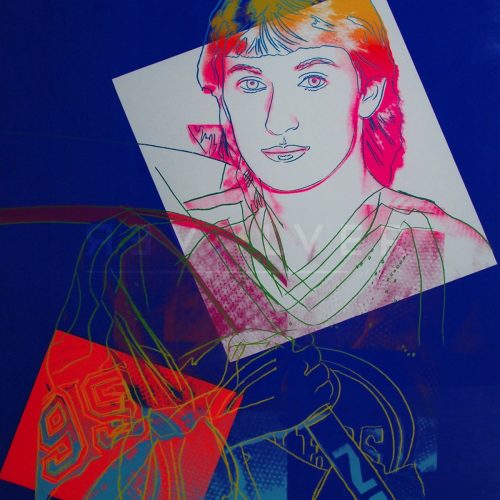 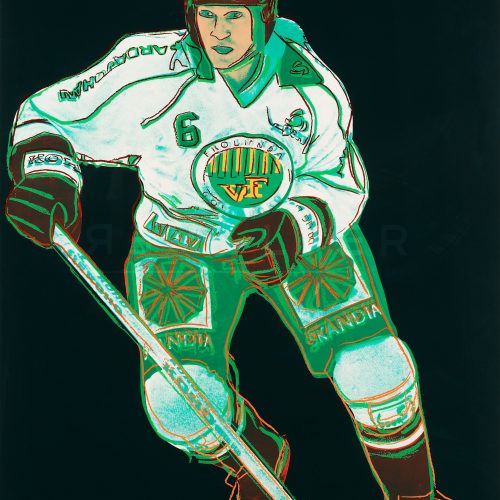 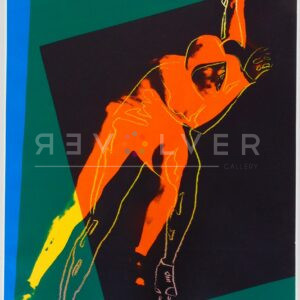 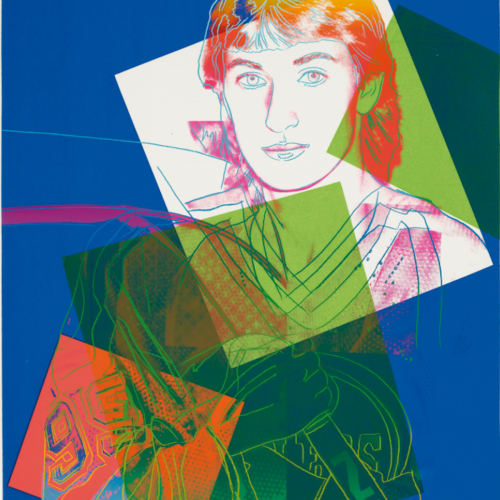